It was a big night for “Ted Lasso,” Jean Smart, “The Crown,” and for “The Queen’s Gambit” director Scott Frank briefly becoming Hollywood’s most hated man.

However, for major nominees of color, Emmys 2021 was a major disappointment — and #EmmysSoWhite was trending on Twitter by the time the broadcast ended after running 15 minutes overtime.

The 73rd annual ceremony was hosted by first-time emcee Cedric the Entertainer, who guided it with a confident hand. Unlike last-year’s tech-snafu ridden “virtual” telecast, it was largely in-person at the Microsoft Theater in Los Angeles.

Going into the night, “Ted Lasso” was a favorite, as the Jason Sudeikis AppleTV+ comedy racked up a whopping 20 nominations. All eyes were also on HBO’s “Mare of Easttown” (in the “Limited Series or Anthology category), Netflix’s steamy hit “Bridgerton” and Amazon’s irreverent, blood-spattered superhero show “The Boys” which both racked up Best Drama nominations, alongside “The Mandalorian” and “The Crown.”

Here’s a recap of the best and worst moments of the night:

The night didn’t start off so bad: Cedric the Entertainer, 57, opened by proclaiming this won’t be “subdued, like Emmys lite” before breaking into a musical number — with everyone from LL Cool J to, um, Rita Wilson rapping to the tune of Biz Markie’s “Just a Friend.” It gave the audience a chance to see all the celebrities looking lively — and definitively announced that this year’s much-hyped “in-person” ceremony is a marked change from last year’s subdued virtual telecast.

The 2021 Emmys set a record for diversity, with 49 black or indigenous people of color (BIPOC) nominated across all categories.

Sure, RuPaul made history for the most wins by a black man for hosting “Drag Race” — and Michaela Coel (“I May Destroy You”) took home a writing award — but for the most part, that record-setting BIPOC number didn’t pan out.

Tobias Menzies took home the Supporting Actor in a Trophy prize for “The Crown,” beating out the late Michael K. Williams for “Lovecraft Country,” while “SNL” took home the trophy for Variety Sketch Series over “A Black Lady Sketch Show.” Evan Peters won Best Supporting Actor in a Limited Series or Movie, beating Paapa Essiedu (“I May Destroy You”), Daveed Diggs (“Hamilton”) and Anthony Ramos (“Hamilton”).

It’s not that the winners didn’t deserve the honors – but the Academy patting itself on the back for diversity starts feeling hollow when no people of color get to take home the actual trophies.

Meanwhile, “Queen’s Gambit” blowhard Scott Frank won for directing “The Queen’s Gambit” over Barry Jenkins for his staggering achievement in “The Underground Railroad.” This was truly a head-scratcher — the Directing for a Limited Series or Movie category belonged to Jenkins this year. Olivia Colman and Josh O’Connor winning the top Actor and Actress in a Drama awards when they were mostly up against people of color in their respective categories (e.g. M.J. Rodriguez, Jurnee Smollett, and Uzo Aduba for her category, and Regé-Jean Page, Jonathan Majors, Billy Porter and Sterling K. Brown in his).

Hannah Waddingham, 47, who nabbed the Best Supporting Actress win, was so overcome with joy that words escaped her and she shrieked onstage before proclaiming to co-star Juno Temple, “If you ever leave my life, I’m going to stalk you.”

Meanwhile, Brett Goldstein, 41, who won Best Supporting Actor for his turn as the foul-mouthed Roy Kent quipped, “I was very specifically told I’m not allowed to swear” before dropping a string of words the telecast bleeped out.

Worst: Who does this man think he is?

“The Queen’s Gambit” director Scott Frank briefly stole the show — and not in a good way.

When the music cued in to play him off-stage, he carried on with his speech, apparently convinced that what he had to say deserved more room to breathe than the likes of far more famous fellow winners Jean Smart, Kate Winslet, and Jason Sudeikis, each of whom gave brief speeches and obeyed the play-off music.

He was like a real life version of Colin the Energy Vampire from FX’s vampire comedy “What We Do in the Shadows.”

Best: A roast from Jason Sudeikis

After winning the top prize for Actor in a Comedy Series for his folksy coach in “Ted Lasso,” Sudeikis, 46, launched into a heartfelt speech about the importance of family, mentors and teammates. But as he tipped his hat to “SNL’s” Lorne Michaels, Sudeikis suddenly shifted gears from earnest to mischievous.

“I want to thank Lorne [Michaels], who went to go take a dump now, perfect,” he said. “He’s going to go home and watch it. He loves watching the Emmys at home…which home, is the question?” The music cued in to signify that Sudeikis was on the verge of overstaying his welcome. Clearly, the comedian felt that an impromptu roast of his former boss was a worthy use of time.

Worst: Don’t you be my neighbor

In between award presentations, Cedric the Entertainer did a brief comedy bit with his co-stars of his CBS show “The Neighborhood,” Beth Behrs and Tichina Arnold. Decked out in evening gowns, the two women demanded good seats at the Emmys and disgustedly proclaimed that he had “changed” when he told them he wouldn’t be able to accommodate their request. It was a pointless time-waster that felt more like a commercial for their show “The Neighborhood” than anything else. Mercifully, the bit was short.

“I May Destroy You” creator and star Michaela Coel, 33, took home the Emmy for writing for a Limited or Anthology Series or Movie. The category was hers to win, but on a night that hasn’t been rewarding to BIPOC performers, it didn’t feel guaranteed. The British screenwriter/actress dedicated her win to survivors of sexual assault.

In a brief but poignant speech, she said, “Write the tale that scares you, that makes you feel uncertain…in a world that entices us to be constantly visible, do not be afraid to disappear for a while and see what comes to you in the silence.”

Over a year into the pandemic, jokes about it become repetitive — but it would also be bizarre to pretend it doesn’t exist.

Seth Rogen kicked off the night by pointing out, “This is insane, I went from wiping my groceries to having Paul Bettany sneeze in my face!” Cedric the Entertainer quipped, “I got vaxxed; I did not have a reaction like Nicki Minaj’s cousin’s friend.”

Ken Jeong, meanwhile, did a comedy bit where he appeared to be detained by security with Ivermectin in his bag. “This Ivermectin isn’t mine, it’s left over from my Joe Rogan swag bag!” he said. Some of them were hit-or-miss (like Jeong’s), but overall, the telecast struck a solid balance of acknowledging the ongoing situation without making it the sole subject of every attempted laugh.

“Sheldon named him Leonard after his best friend but he is just saying it is after Nimoy.” Though someone else was quick […] 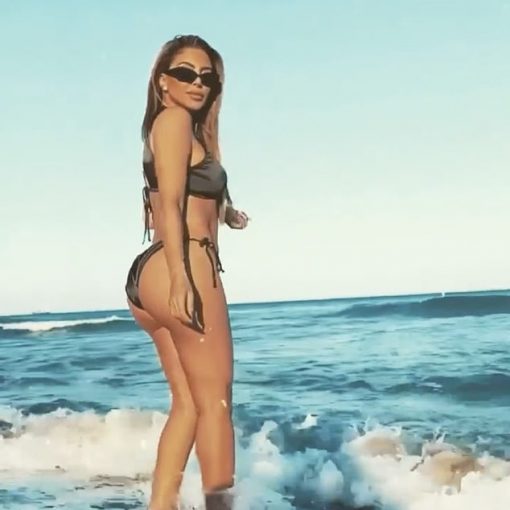 Larsa Pippen is no stranger to making waves in both her professional and personal ventures.  On Wednesday the 46-year-old former Kardashian pal […]

I live with my wife and our 11-year-old son in a peaceful suburban community. Given the civil unrest that shook our nation’s […] 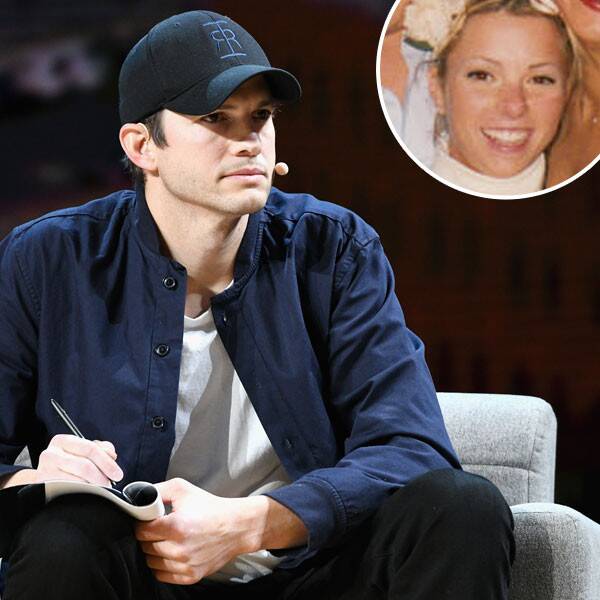 Ashton Kutcher is expected to testify in the trial of Michael Gargiulo, more commonly known as the “Hollywood Ripper.” A spokesperson for the […]