A swarm of honey bees is believed to have killed 63 endangered penguins in South Africa by stinging them in their eyes, a preliminary investigation has found.

Government officials and a nonprofit organisation said the penguins were found in  Simon’s Town around 25 miles from Cape Town city on Friday morning.

The carcasses of the African penguins were found within the Boulders African penguin colony according to a statement by government-run South African National Parks (SANParks).

A swarm of honey bees is believed to have killed 63 endangered penguins from South Africa’s Boulders African penguin colony (pictured, file photo) by stinging them in their eyes, a preliminary investigation has found

Officials have said they suspect the penguins died from multiple bee stings sometime between Thursday afternoon and Friday morning.

A variety of experts – including veterinarians from the SANParks Cape Town branch and penguin specialists from the nonprofit Southern African Foundation for the Conservation of Coastal Birds (SANCCOB) are looking into the cause of death.

‘This is a very rare occurrence. We do not expect it to happen often, it’s a fluke. There were also dead bees on the scene,’ he said on Sunday.

The bodies of the penguins were transported to SANCCOB for further analysis, with the experts taking biological samples that were sent for disease and toxicology testing.

SANCCOB’s initial post-mortem analysis found the penguins had no external physical injuries, but multiple bee stings were found in all the carcasses.

Investigators also found many dead bees at the side where the birds were found dead, officials said. Another dead penguin carcass, also with multiple bee stings, was found on Fish Hoek beach, found around four miles north of Simon’s Town.

‘Preliminary investigations suggest that the penguins died because of being stung by a swarm of Cape honey bees,’ SANParks officials said in a statement.

It has not yet been explained by officials why the bees may have stung the penguins, which are a highly threatened species with a high risk of extinction.

The birds are on the International Union for Conservation of Nature’s red list.

‘The penguins … must not die just like that as they are already in danger of extinction. They are a protected species,’ Roberts said. 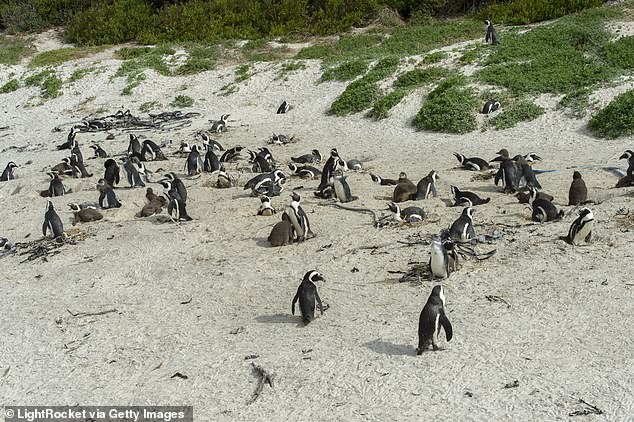 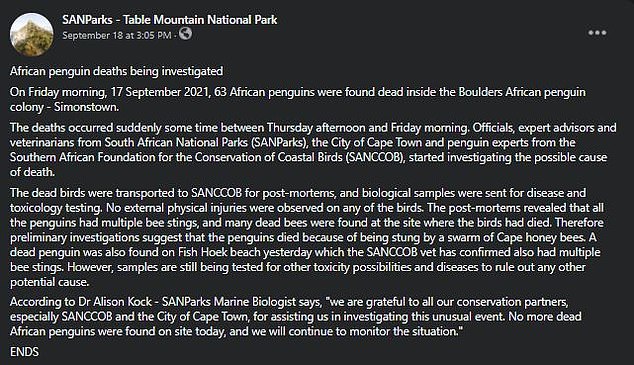 Meanwhile, the Cape honey bees – a subspecies of western honey bees – are part of the same ecosystem and are not officially classified as threatened.

However, a number of factors such as diminishing food, pests, diseases and a growing threat from pesticides and insecticides pose a risk to them.

‘We are grateful to all our conservation partners, especially SANCCOB and the City of Cape Town, for assisting us in investigating this unusual event,’ Alison Kock, a SANParks marine biologist, said on Saturday in a statement.

‘No more dead African penguins were found on site today, and we will continue to monitor the situation.’

Officials noted that samples taken from the bird carcasses were being tested for other toxicity possibilities and diseases to rule out other possible causes of death.

The quintannual summit is expected to result in a consolidation of power for the Chinese premier, who has served as leader since […] 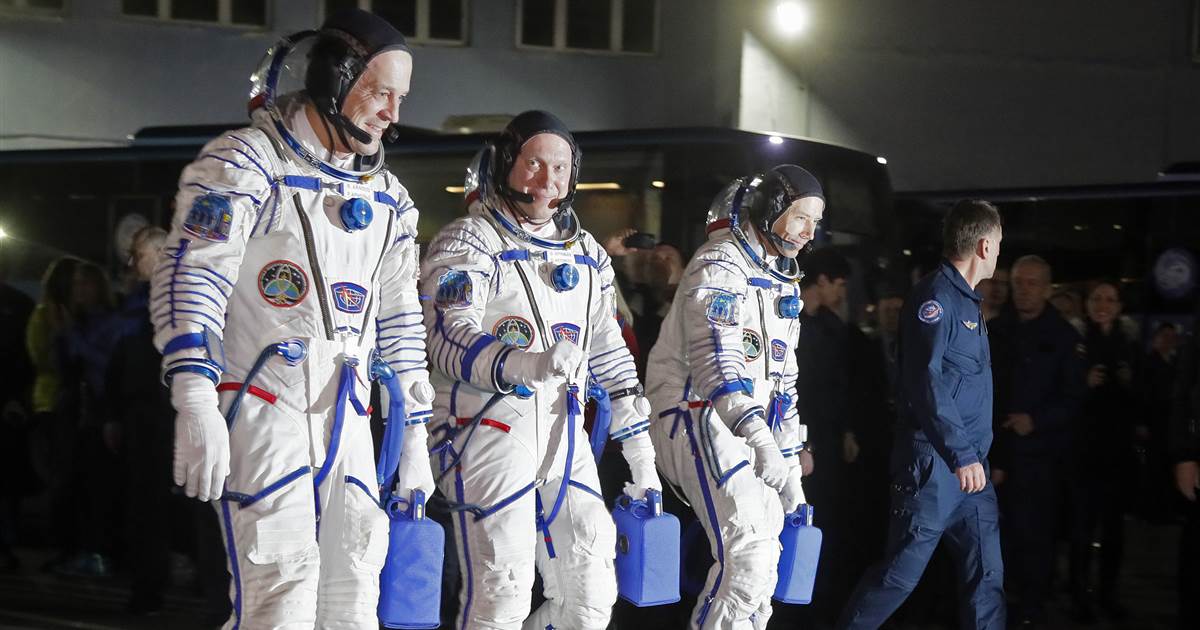 Get the Mach newsletter. SUBSCRIBE A trio of American and Russian spacemen is set to ride a rocket to the International Space […] 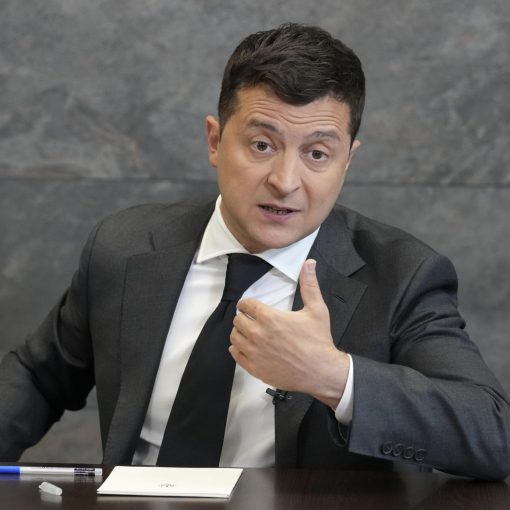