Josh Allen threw two touchdown passes, Zach Moss ran for two scores and the Bills knocked out Miami quarterback Tua Tagovailoa early with a rib injury on the way to a 35-0 win.

The last time the teams met was in Buffalo to end last season, a 56-26 romp by the Bills. This, somehow, was worse for Miami. It was the second-worst shutout loss by the Dolphins at home, topped only by a 43-0 defeat to New England in 2019.

Tagovailoa lasted only two series, knocked out of the game on a failed fourth-down play near midfield where Buffalo’s AJ Epenesa blew past Dolphins right tackle Jesse Davis and was at full speed when he launched into Miami’s quarterback. Tagovailoa needed a couple tries just to get to the sideline, was carted to the locker room not long afterward and didn’t return.

Mac Jones and the Patriots prevailed in a battle of highly touted rookie quarterbacks as New England earned a 25-6 win over Zach Wilson and the host New York Jets.

Jones, the No 15 overall pick in this year’s draft, completed 22-of-30 passes for 186 yards en route to his first NFL victory. Meanwhile No 2 overall pick Wilson was intercepted four times and threw for 210 yards on 19-of-33 passing for the Jets. Wilson has thrown five picks in his first two NFL games.

Brady improved to 9-0 lifetime against the Falcons, who have lost seven in a row going back to last season, with three of those setbacks coming against the Bucs, who’ve outscored their NFC South rivals 124-62 over the past 10 quarters of those outings.

Derek Carr threw for 382 yards and two touchdowns as the Las Vegas Raiders stopped the Steelers in Pittsburgh.

Carr hit on 28 of 37 passes, including a pair of huge completions in the fourth quarter, as the Raiders improved to 2-0. After teaming with speedy receiver Henry Ruggs for a 61-yard scoring strike with 9:35 remaining to Las Vegas a 23-14 lead, Carr found Derrick Waller for 25 yards and a first down with three minutes on the clock. That helped the Raiders run the clock down to 20 seconds, when Daniel Carlson connected on a 45-yard field goal, his fourth of the game, to ice the outcome.

Kyler Murray threw for 400 yards and three touchdowns, and the Arizona Cardinals topped the Minnesota Vikings after Greg Joseph missed a 37-yard field goal wide right in the final seconds.

It was a fitting ending to a seesaw game that saw the lead change hands eight times. The dizzying offensive pace Arizona had a 24-23 halftime lead slowed considerably in the final minutes, and there were no touchdowns scored in the final quarter. Murray also ran for a touchdown and threw two costly interceptions, including one that was returned for a touchdown.

The Cardinals looked as if they were about to lose before Joseph’s last-second miss. He made two 52-yard field goals earlier in the game, giving no indication he’d have trouble pushing the Vikings to a win.

Derrick Henry ran for 182 yards and two fourth-quarter touchdowns, Randy Bullock hit a 36-yard field goal midway through overtime, and the Tennessee Titans rallied from a 14-point deficit to stun the Seattle Seahawks.

Down 30-16 early in the fourth quarter, the Titans leaned on their All-Pro running back, who carried them to a road win on the day Seattle welcomed fans back for a regular-season game for the first time since the end of the 2019 season. They left in silence, thanks to Henry, a terrific fourth-quarter drive from Ryan Tannehill and Seattle’s own missed opportunities.

Justin Fields played the second half after Andy Dalton exited with a knee injury against his former team, and the rookie quarterback used Chicago’s stellar defensive performance to direct the Bears to a 20-17 victory over Joe Burrow and the Cincinnati Bengals.

Roquan Smith returned an interception 53 yards for his first career touchdown, one of three straight picks thrown by Burrow during the decisive stretch in Chicago’s first win of the season. Fields took over on Chicago’s final drive of the second quarter after getting in on a handful of plays prior to that. But the biggest key for the Bears was the defense bouncing back after it was picked apart by Matthew Stafford in a season-opening loss at the Los Angeles Rams.

Baker Mayfield threw for a touchdown and rushed for another to lead the host Cleveland Browns to a 31-21 win over the Houston Texans.

Matthew Stafford passed for 278 yards and two touchdowns as the Los Angeles Rams rallied from a fourth-quarter deficit for a 27-24 victory over the Indianapolis Colts.

Cooper Kupp caught nine passes for 163 yards and two touchdowns and running back Darrell Henderson Jr had 53 yards on 13 carries with a touchdown as the Rams won despite blowing an 11-point second-half lead.

The Rams took the lead for good on a 38-yard field goal from Matt Gay with 2:27 remaining. Carson Wentz passed for 247 yards with one touchdown for the Colts (0-2), but was not on the field for Indianapolis’ final drive after he rolled his ankle following a fourth-quarter hit from Rams defensive tackle Aaron Donald.

Sam Darnold threw for 305 yards and two touchdowns, and the Carolina defense turned in another strong performance in a 26-7 win over the New Orleans Saints.

Darnold improved to 2-0 as Panthers starter, connecting on TDs to Brandon Zylstra and DJ Moore as Carolina jumped to a 17-0 lead by outgaining the Saints 274-65 in the first half. Christian McCaffrey added 137 yards from scrimmage and scored his first touchdown of the season as the Panthers defeated the Saints for only the second time in the last 10 tries.

Jameis Winston, who threw five TD passes in a 38-3 win over the Green Bay Packers in the season opener, was held to 111 yards passing, intercepted twice and sacked four times.

Teddy Bridgewater passed for 328 yards and two touchdowns to lead the Denver Broncos to victory.

Noah Fant and Tim Patrick caught touchdown passes and Courtland Sutton had nine receptions for 159 yards for Denver. Bridgewater completed 26 of 34 passes as the Broncos achieved their first 2-0 start since 2018.

Trevor Lawrence completed 14 of 33 passes for 118 yards, one touchdown and two interceptions for Jacksonville, who dropped their 17th straight game.

Jimmy Garoppolo scored his first rushing touchdown since 2019 and threw for another score as the San Francisco 49ers completed a 2-0 trip to the Eastern Time Zone with a 17-11 victory over the Philadelphia Eagles.

One week after allowing 430 yards and 33 points in a win at Detroit, the 49ers limited the Eagles to 328 yards and nothing more than a 45-yard Jake Elliott field goal over the game’s first 55 minutes.

Jalen Hurts ran for a game-high 82 yards and a score, and threw for 190 yards, but the Eagles failed to turn a 94-yard drive into any points in the second quarter and then had a field goal blocked in the third en route to scoring 21 fewer points than they put up in their Week 1 win over Atlanta.

For the first time a fuller picture is emerging of the anguish, the collective uncertainty and the other tangled emotions felt by […] 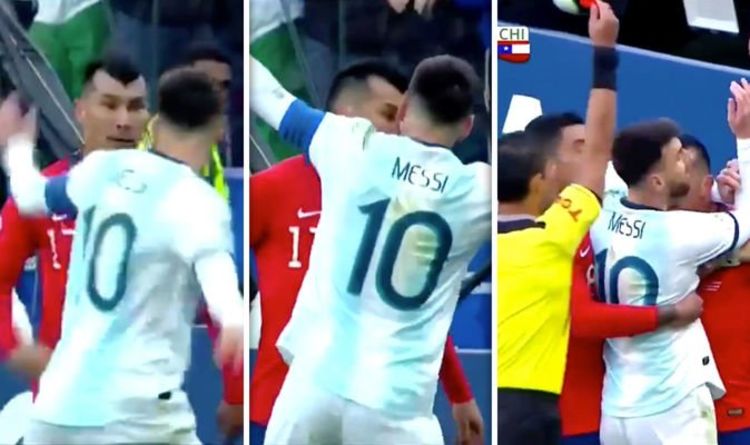 As Medel shielded the ball out of play for a goal kick, Messi gave the defensive midfielder a small shove. Medel, renowned […]