Williams boss Jost Capito has gone against F1 ally Toto Wolff by claiming Max Verstappen should not have been handed a penalty for his role in the crash which took him and Lewis Hamilton out of the Italian Grand Prix. The title rivals dramatically crashed at the chicane at the end of Monza’s pit straight, with the Red Bull flipping up off the sausage kerb and coming to rest on top of the Mercedes.

It meant neither could score points in the race in Italy, and a three-place grid penalty for the Russian Grand Prix added insult to injury for Verstappen.

Hamilton, meanwhile, was not punished for his role in the incident.

Stewards said the Mercedes racer could have done more to avoid the crash, but declared the Dutchman was “predominantly to blame”.

It means Verstappen will start three places below wherever he qualifies in Sochi next weekend, making it more difficult for him to maintain his slender championship lead over Hamilton.

“So you should say, okay, they are racing drivers, so let them race too.

“It’s racing. Things like that have happened in the past. Whenever you had such a close battle for the title, there was something like that during a season.”

He went on to point out that, while the stewards and fans at home have several replays and camera angles at their disposal to fully analyse such an incident, on-track decisions are taken in a split-second by drivers.

“We look at it 10 times, in slow motion, stop every few hundredths of a second and discuss it,” he said.

“So you can imagine how difficult it is for the guys in the car when they have to decide what to do in a few thousandths of a second.

“And they don’t see it from the angle we have when they are in the car.

“With the [helmet] camera George Russell had, you see what you see.

“You don’t have the overview with three different camera angles as we had after the accident.

“If you have two drivers who are fighting for the title and their cars have a similar speed, then of course they fight when they meet. And then something like that can happen.” 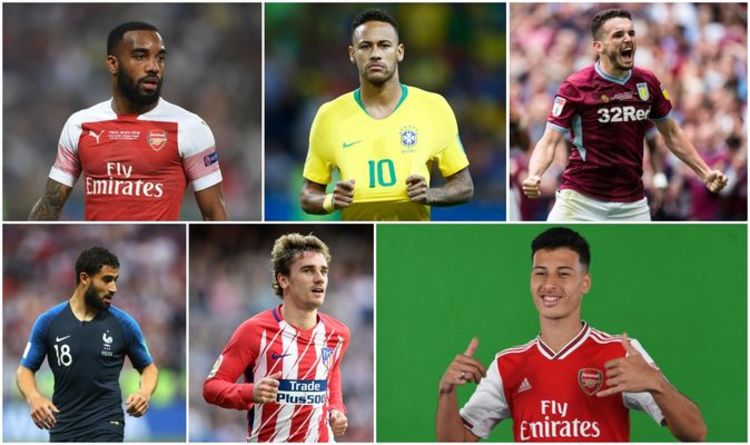 Transfer news LIVE | Express Sport is on hand to bring you all the latest rumours and gossip Wednesday, July 3 Aston […]

DUBAI (Reuters) – The United Arab Emirates on Thursday suspended all sporting events to prevent the spread of coronavirus, raising doubts about […]