More than 50% of Americans think the country is ‘less united’ under Biden, new poll reveals


First couple Joe and Jill Biden took a leisurely bike ride during their weekend in Rehoboth on Sunday as a new poll emerged showing more than half of Americans believe the country is less united under this administration.

Only 7 per cent of 1,002 respondents believe there has been no change from when Donald Trump was in the White House and after Biden took over – and 3 per cent say they don’t know. 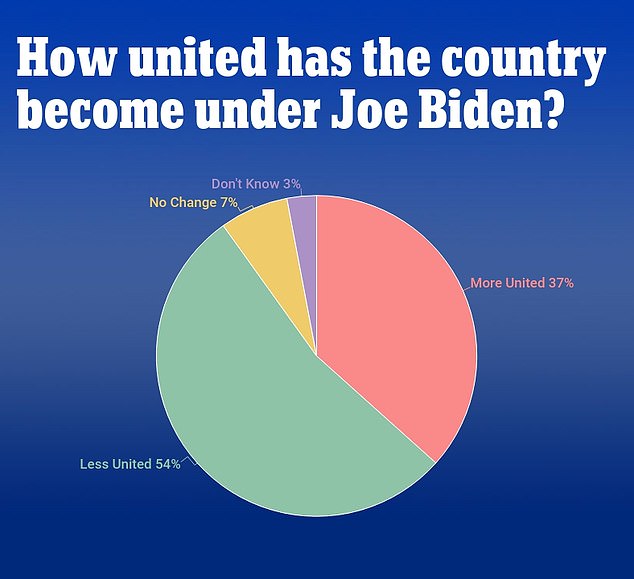 The Fox News poll shows 54 per cent of registered voters feel the country has become ‘less united’ since Biden took office on January 20, 2021 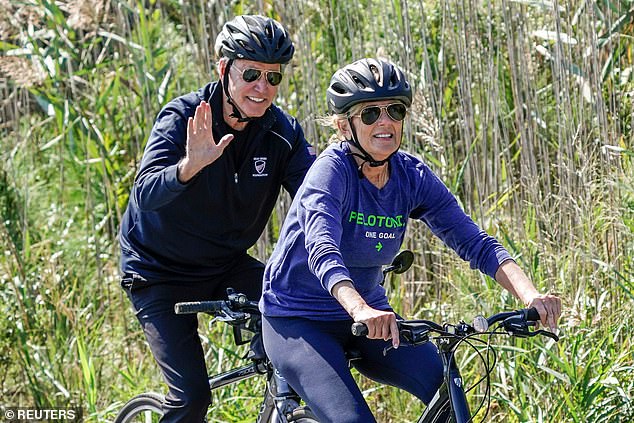 President Biden and first lady Jill Biden were spotted on a bike ride together in Rehoboth Beach, Delaware on Sunday morning

Biden used the word ‘unity’ eight times in his inauguration speech and vowed to bring the country together and close the divisions in society that Democrats claim were created by Trump when he was president.

The question in the poll comes as Biden faces a slew of criticism on several fronts, like his handling of the Afghanistan withdrawal, the raging southern border crisis and his failure to get booster shots approved by mid-September like previously promised.

Instead of facing any of those issues head on, the president headed to his beach home in Rehoboth, Delaware over the weekend.

He was spotted Sunday morning on a bike ride with first lady Jill Biden.

Biden will head to New York City on Monday to deliver remarks at the United Nations General Assembly meeting.

While American voters are not impressed with Biden’s follow through on unity, a simple majority feel he cares about ‘people like you.’ That number, however, is slipping from 56 per cent in October 2020 to 51 per cent now.

This shift, according to the Fox survey, is mostly attributed to a 15-point dip among independent voters.

When it comes to different issues, Biden ranks most high for his handling of the coronavirus pandemic with an approval of 55 per cent to 44 per cent disapproval – a largely unchanged figure from the same poll question in August. 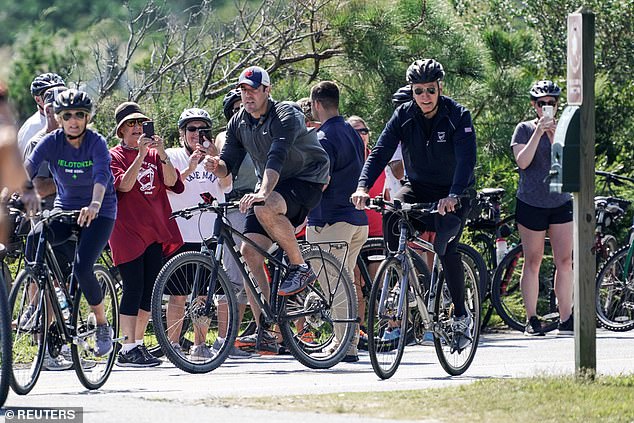 The poll was taken September 12-15, which was before a Food and Drug Administration advisory board rejected recommendation for the Pfizer booster shot for the general public, thwarting Biden’s promise to get it approved by September 20.

Instead, they only recommended the booster for those 65 and older and Americans with a higher chance of contracting the disease – like preexisting conditions or a more risky work environment.

Biden’s most dismal numbers come from the Afghanistan withdrawal, which left 13 U.S. service members dead and hundreds of Americans stranded. The poll shows only 36 per cent of voters approval of the total and rush U.S. troop withdrawal while 60 per cent disapprove.

Voters are generally split on his handling of the economy, with 50 per cent approval and 49 per cent disapproval. 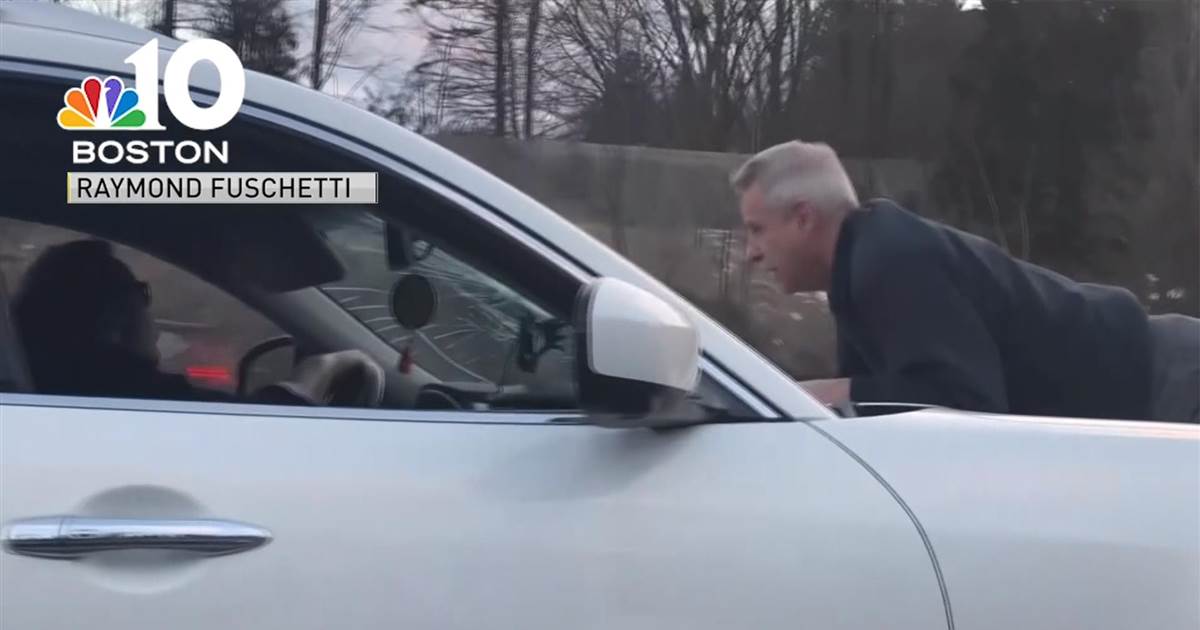 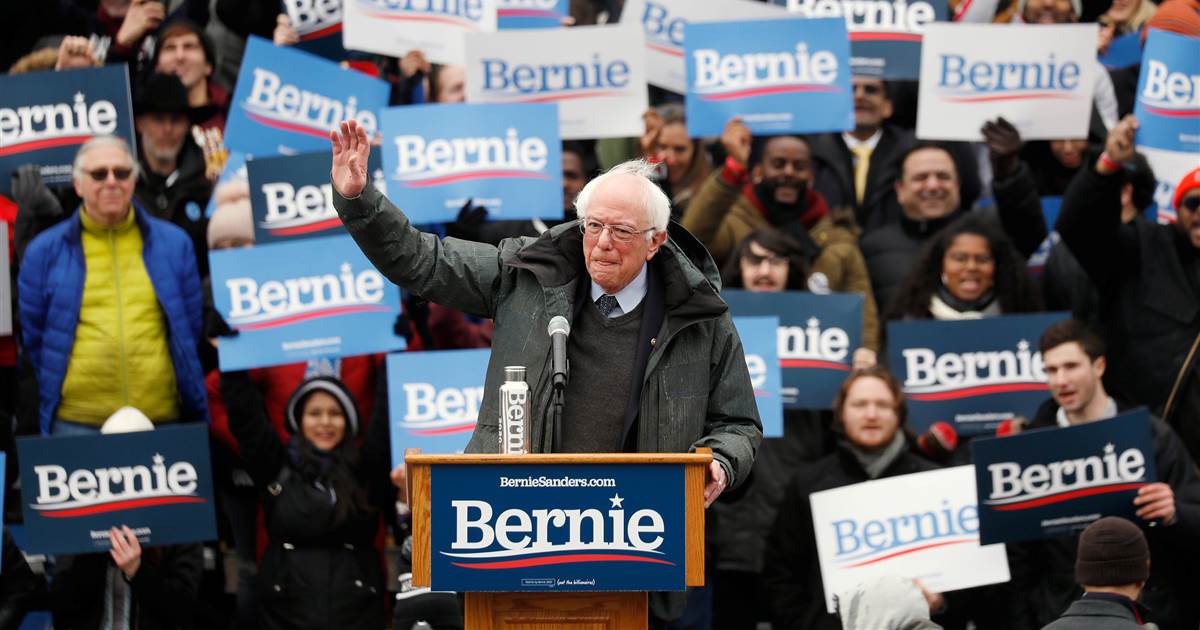 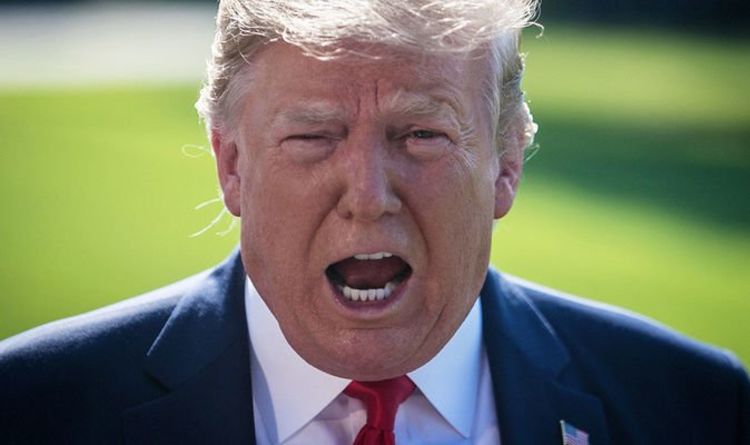 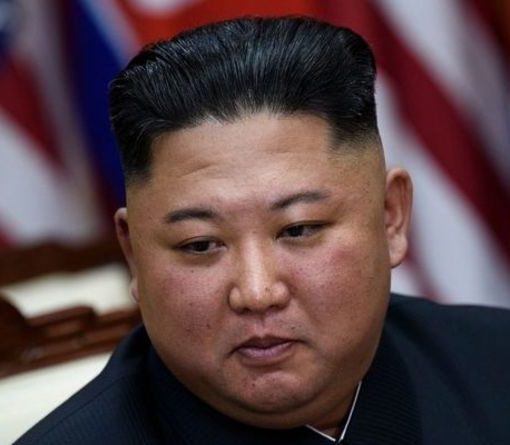 The unidentified projectile was launched into the East Sea on Tuesday, reports have found. The Japanese Defense Ministry has said that a ballistic […]