Representative Alexandria Ocasio-Cortez of New York arrived at the Met Gala on Monday evening dressed in a custom Brother Vellies ivory wool jacket dress with an organza flounce and the message “Tax the Rich” emblazoned in red across her back.

In video footage shot before her arrival, she can be seen making her way to the vehicle that delivered her to the gala, a masked aide holding up the train of her dress while she smiled brightly and waved at her fans.

Designers and corporate sponsors generally pay the hefty price of admission — $35,000 a ticket, or $200,000 to $300,000 a table — for the gala’s guests, who typically include a quorum of Kardashians, Hollywood A-listers and supermodels. The star-studded event is often referred to as the Oscars of fashion.

Many New York City elected officials are invited as well, as “guests of the museum” who do not pay to attend.

Regardless, Representative Ocasio-Cortez’s attendance — and dress — provided easy fodder for her most reliably triggered critics. On Twitter, Donald Trump Jr., the former president’s eldest son, tagged her as a fraud for sending a message about taxing the rich “while she’s hanging out with a bunch of wealthy leftwing elites.”

Representative Jim Banks, Republican of Indiana, tweeted that Ms. Ocasio-Cortez is the “gift that keeps on giving.”

But more surprising than the rote judgments from her political opponents was the criticism Ms. Ocasio-Cortez, a Democrat, generated from the left — a chorus of dissatisfaction from progressives and self-described socialists disappointed by a gesture they said caricatured a progressive cause and underscored their sense that she is not maximizing her ability to fight for working people from Congress.

Briahna Gray, the former national press secretary for Senator Bernie Sanders’s 2020 campaign and the co-host of the “Bad Faith” podcast, said that Ms. Ocasio-Cortez is “held to a unique standard exactly because people expect more of her.” She said some of the progressive backlash to the dress grew out of a more general disappointment with some of her policy stances.

“People are disappointed in her behavior outside of this context, and this seems to be reflective of a lack of commitment that has been demonstrated in a purely political context,” Ms. Gray said.

Ms. Ocasio-Cortez was first invited to the Met Ball in 2019, the year after her victory over former Representative Joe Crowley — the most significant upset of a Democratic incumbent in more than a decade. She did not attend, and the following year’s gala was canceled because of the coronavirus pandemic.

This year, Ms. Ocasio-Cortez was seated at the table of Anna Wintour, the editor of Vogue and artistic director of Condé Nast, who is the longtime co-host of the gala.

Some supporters had a simple, negative gut reaction to her decision to attend. “The Met Gala is an event best shunned by sincere socialists,” wrote John Ganz, a columnist for Gawker.com who described himself as a supporter who at other times has viewed Ms. Ocasio-Cortez as a “beacon of hope.”

Danny Haiphong, a socialist activist and writer, said what offended him was not the dissonance of a self-described democratic socialist hobnobbing with the elite, but that “A.O.C. and the Squad are not leveraging their enormous base of support to demand the very thing she put on her dress.”

Many progressives still credit Ms. Ocasio-Cortez with being a consistent advocate for progressive causes. She was the sole Democrat to oppose the $484 billion coronavirus relief package last year, saying she found it too generous to corporations without providing enough assistance to working-class people.

Alongside Mr. Sanders, she has pushed for tripling the amount of money President Biden has proposed to improve the country’s aging public housing system.

Recently, she joined the marathon protests on the Capitol steps against the expiration of a pandemic-era federal eviction moratorium that neither the White House nor Congress had up until then acted to stop.

“She’s generally happy to make people excited about a different vision for America,” said Faiz Shakir, the manager of Mr. Sanders’s 2020 presidential campaign. “There’s an art to it: Politics is theater. You’re figuring out ways to animate it.”

Indeed, Ms. Ocasio-Cortez has used the “Tax the Rich” slogan before, on campaign merchandise, which Republicans have criticized in the past.

But a group of more left-leaning activists has tried to push the party further and has become increasingly critical of Ms. Ocasio-Cortez.

Some had demanded that Ms. Ocasio-Cortez and others withhold their votes for House Speaker Nancy Pelosi unless she agreed to bring Medicare for All bill to a floor vote. They have also pressed Ms. Ocasio-Cortez to use her position to force a vote on a $15 minimum wage and deliver more pointed critiques of the Biden administration for fending off calls for blanket student debt cancellation.

Ms. Ocasio-Cortez is viewed as a purported outsider in Congress, Ms. Gray said, but is “not really doing the kinds of things that could actually attract real backlash and struggle that some people anticipated she would, given how she styled herself coming in.” The image of her “rubbing elbows with those people” on Monday night irked some on the left, she said.

“If she had chosen to highlight a message that wasn’t already so broadly well received, then her act would have been seen as more subversive, as opposed to pageantry comparable to Cara Delevingne’s ‘Peg the Patriarchy’ shirt,” Ms. Gray said — another Met Gala outfit that attracted attention for the message it bore.

Other New York politicians were in attendance at the gala this year, including Representative Carolyn Maloney, who represents Manhattan’s old Silk Stocking district, and New York City Comptroller Scott Stringer.

New York City Mayor Bill de Blasio skipped the ball for years before breaking his inattendance streak on Monday night, in the final months of his mayoralty.

“It’s not my cup of tea,” Mr. de Blasio said in an NY1 appearance in 2019 when asked about his absence. “It’s an elite gathering, I’m not an elite guy. It really — let’s make it real simple, it’s just not my thing. This is the kind of place where the elite goes and likes to be with each other, and I have a different approach.”

Among Ms. Ocasio-Cortez’s defenders was Maya Wiley, the former New York City mayoral candidate whose campaign Ms. Ocasio-Cortez endorsed earlier this year. Ms. Wiley said the Met Gala is part of the fabric of New York City, and self-identifying as a democratic socialist doesn’t mean hating on or avoiding the wealthy who show up.

“We turn everything into a purity contest,” Ms. Wiley said. “Politics shouldn’t be about purity. She did the right thing by not avoiding it, by saying this is part of who we are, and let’s have a conversation that includes the Met Gala.”

“To walk into a space that’s about art, fashion, luxury and wealth and say, ‘Here is the conversation we have to confront, but I’m going to confront it in the vernacular of the event,’ is brilliant,” Ms. Wiley said.

Ms. Ocasio-Cortez may have succeeded in putting on display an issue at the core of what Democrats are pushing for in the reconciliation bill they are trying to pass by the end of the month. But mostly, the dress served as the latest Rorschach test about Ms. Ocasio-Cortez, and whether she is viewed as fighting for the people or aligning with the elites.

“I do not envy her,” said Sumathy Kumar, a chair of the New York City chapter of the Democratic Socialists of America. “Faced with this question, ‘Do I go to this event and use it as an opportunity to spread the message, or do I boycott it?,’ she usually chooses to broadcast that message.”

Ms. Kumar added: “Whether you agree with a tactic or not, more people are talking about taxes on the wealthy and at least that conversation is happening. We’ll take what we can get.”

On Tuesday, Ms. Ocasio-Cortez, who declined to comment for this article, defended herself against criticism in a long post on Instagram. “I and my body have been so heavily and relentlessly policed from all corners politically since the moment I won my election,” she wrote.

Ultimately, she said, “we all had a conversation about Taxing the Rich in front of the very people who lobby against it, and punctured the 4th wall of excess and spectacle.” In a follow-up fund-raising email, she directed supporters to buy their own “Tax the Rich” attire. A T-shirt costs $27, and the hoodie goes for $58. 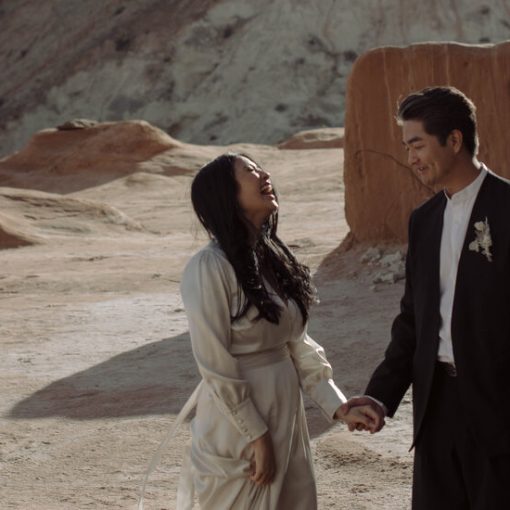 In 2014, shortly after graduating from the University of Pennsylvania, Shannon Leon moved to Washington and rented a room in an all-female […]

“This might be the start of Kit Harington’s romantic comedy career,” Daniel Jones, the editor of Modern Love, said to me recently, […] 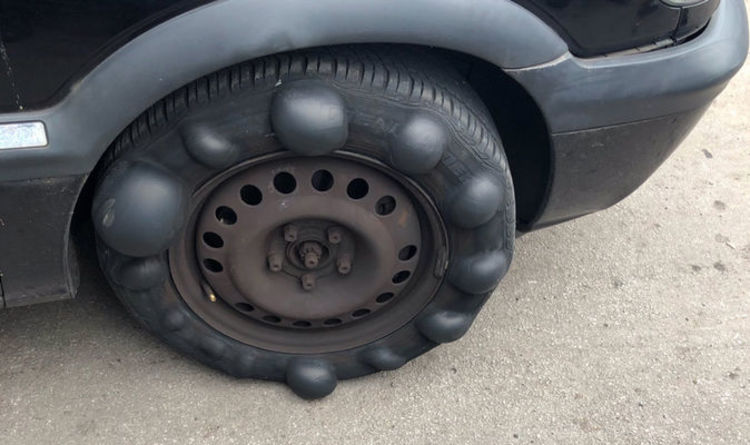 An external bulge is a round circle that develops on the outside of the tyre. According to tyre experts Continental, thus is […] 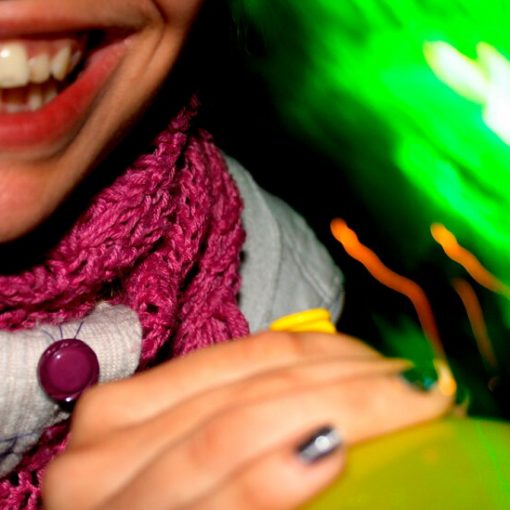 For decades, nitrous oxide has been widespread at raves and music festivals, used as a quick buzz. The drug doesn’t have the […]