Creativity on the cheap, a towering South American centre-forward and an experienced Premier League goalkeeper as back-up. David Moyes may recognise Everton’s recent transfer window because it was almost identical to one he oversaw in 2011, when money was tight and the club were reliant on good coaching to close a considerable gap to the leading pack. Ten years and at least half a billion pounds later, Everton are back in familiar territory.

No Everton manager has spent less than Rafael Benítez in a summer window since Moyes recruited Royston Drenthe on loan from Real Madrid, big Denis Stracqualursi on loan from Tigre in Argentina and Marcus Hahnemann on a free from Wolves a decade ago. Times were supposedly very different at Goodison Park back then.

Now, for all the wealth and generosity of major shareholder Farhad Moshiri, the latest Everton manager has started his reign and another rebuild with £1.7m spent on transfer fees – or transfer fee, the bargain sum it took to acquire Demarai Gray from Bayer Leverkusen – plus the free signings of Andros Townsend, Asmir Begovic, Andy Lonergan and Salomón Rondón. All may prove astute deals, and the early signs have been encouraging, but it is business that reflects another enforced change of direction under Moshiri’s ownership. The good times never rolled with his lavish investment. Five years of erratic, unsustainable spending have been replaced by austerity. Temporarily, Benítez hopes.

The strategy was not born purely as a consequence of the pandemic and the record losses it has fuelled. It is certainly not a sign of an owner losing interest, ambition or resources. Moshiri has invested more than £450m into Everton, and his loans will be converted into equity under the terms of a proposed shares issue. The British-Iranian billionaire is also funding the initial works at Bramley Moore dock, where Everton have started development on a 52,888-capacity stadium that will be arguably the most attractive addition to the Liverpool waterfront in many years. The costs had exceeded £50m before the club took possession of the site in July.

The problem is not Moshiri’s financial commitment but the losses incurred from inflated fees, extravagant contracts and managerial upheaval, combined with modest commercial growth and a lack of players who can be sold at considerable profit. This summer represented Everton’s attempt to fall in line with the Premier League’s profit and sustainability rules, that in pre-Covid times allowed for a £105m loss over a three-year period. Over the past three financial years Everton have posted combined losses of almost £265m (£139.9m in 2019-20, £111.8m in 2018-19 and £13.1m in 2017-18), although restrictions were relaxed last year for the pandemic and stadium expenditure can be capitalised on to the balance sheet now that planning permission has been granted. Everton officials are confident the club will comply with the rules – that now cover a four-year period – when this year’s set of accounts have been audited.

Benítez admits the extent of this summer’s constraints were a surprise. “I was not expecting it at the beginning because we thought we could sell some players,” he said. “Then we adapted quickly and we did well.” But Benítez knew, when taking the job, he would not be assisted by the largesse that first greeted Ronald Koeman at Everton (£43.5m in his first summer eventually rising to £226.5m), Marco Silva (£85m in his first summer, more than £200m spent in total) or Carlo Ancelotti (£66m plus £200,000-a-week James Rodríguez in his one and only summer in charge). Even Sam Allardyce got £47m to squander on Cenk Tosun and Theo Walcott during his single window as Everton manager. Moshiri was understandably attracted this summer to a manager not only with Benítez’s CV but love of a challenge.

“My life as a manager has normally been with teams where we did not have too much money and we had to sell players to bring players in,” Benítez says. “Normally when you do that you sell good players and have to be sure the new players can perform at the same level. That is not easy … Here it was more or less the same but the owner is ready to spend money and he showed that in the last year, even with the commitment on the new stadium. So now I have owners who want to spend but we have to be sure we can manage the rules to do it the best way possible to be allowed to spend. I cannot say anything because they spend a lot in the last three or four years. Hopefully we can manage it better and then have money in January or in the future.”

Everton host Burnley on Monday unbeaten in three Premier League games and one Carabao Cup tie. It should be with a 100% start to the season, their manager believes, but for a profligate display and conceding a late equaliser at Leeds. Early days, of course, but Goodison witnessed Benítez’s tactical acumen in the opening-day win against Southampton, when positional switches helped turn a 1-0 half-time deficit into a comfortable 3-1 victory. It was the first time Everton had won a Premier League game having trailed at the interval since September 2015. A faster, more direct approach has shaken off the tedium of the Ancelotti era, and Gray and Alex Iwobi have shown the benefits of Benítez’s one-to-one tutelage on the training ground.

As the manager points out, it is not all about the money. “[The owners] know we are working really hard to improve the players we have and improve every individual player and the team as a whole. The fans know and appreciate that. They know how the team finished last year and can see the difference in commitment and style of football. Everything is about improving what we have. At the same time, we cannot talk about that in three months if we do not perform. The best way to convince everyone is to show we can challenge for something important.”

Hazard hasn’t featured for Chelsea this season after picking up an ankle injury while on international duty with Belgium.  But the 26-year-old […] 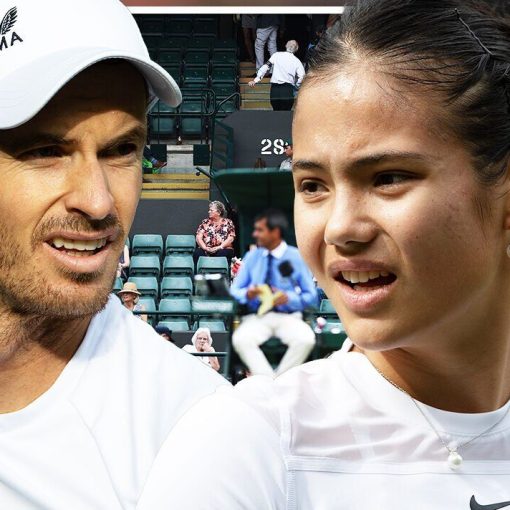 Covid chaos continues at Wimbledon as a third top men’s player has been forced to withdraw from the tournament. 17th seed Roberto […]

“Terrific, Mr Mayor. We found the shark!” It has been hard to find any great sense of resolution in the departure this […]

Marco Silva is on the brink of the sack as Everton manager following a comprehensive derby defeat by Liverpool, with David Moyes […]