“Of all the developed countries, Australia has the poorest standing on climate. It’s clear that Australia will just be absent, basically, from the talks,” Bas Eickhout, a Dutch member of the European Parliament, told CNN.

“They were quite happy with the role the United States played until last year, and now of course they seem to be the last-man standing from the Western countries to block progress,” he said, referring to the US’ absence in global climate efforts during the Trump years.

The UK has also come under criticism for bowing to Australia in the countries’ bilateral trade agreement, in which an explicit reference to containing global warming to 1.5 degrees Celsius appears to have been taken off the table. But a British official close to the negotiations in the lead-up to COP26 said that the UK had otherwise been consistent in its messaging to the Australian government to take the crisis more seriously.

Part of that messaging included denying Morrison a slot to speak at the Climate Ambition Summit in December last year, an event organized by the UK’s COP26 presidency, the UN and France.

More than 70 leaders attended and spoke, and many announced improved emission-cutting pledges, known as a Nationally Determined Contributions (NDCs). Australia had no new NDC to announce, and it still doesn’t, having missed a July 31 deadline mandated by the Paris Agreement.

“Last December, we had a little bit more run time, so we were holding the bar very, very high, and you really had to earn your stripes to be able to speak,” the UK official said.

“They’re a developed country, they’ve got huge amount of capacity, and they’re being devastated by climate change, quite frankly, and we’ve been pretty strict on that. They haven’t come forward with a long-term strategy.”

There are growing concerns among some delegates that Australia could stifle progress at COP26 talks in key areas. Sharma, who is also a British MP, has said he wants the world to put an end date on coal at the conference and to push for countries to refocus their commitments to containing global warming to 1.5 degrees above pre-industrial levels.

The Paris Agreement obliged signatories to try to contain temperatures to 2 degrees, with a preference for closer to 1.5 degrees, but there has been a growing acceptance among many governments that the world should be aiming for 1.5. Scientists see 2 degrees as a critical threshold for many of the Earth’s ecosystems.

But the comments in the past week from Australia’s leaders suggest they will push back on both coal and 1.5.

“We should increase the pressure on partners like Australia,” Peter Liese, an EU member of Parliament from Germany, told CNN. He added he would be raising the “challenge” of Australia’s climate inaction in the European Parliament as a problem.

He also said the logic behind Australia’s policy was difficult to understand.

“There’s a general hesitancy in Australia to commit to ambitious climate targets, and that’s quite embarrassing for that country because they suffer already from climate change.”

Australia experienced devastating wildfires in 2019-20, events that scientists said were made more likely by human-induced climate change.
The recent UN state-of-the science climate report found that Australia is already experiencing more heat extremes and higher sea level rises than the global average because of climate change. Heat, sea level rise and drought are all projected to increase in Australia the more the Earth warms.

Australia has pledged to reduce its greenhouse gas emissions by 26% to 28% by 2030, from 2005 levels, a commitment that sits well below those made by the United States, European Union and United Kingdom, among other developed nations.

US President Joe Biden, for example, increased his country’s pledge in April to reduce emissions by 50% to 52% in the same time frame.

The Australian Climate Council, which is independent of the government, has suggested the country should slash emissions by 75% by 2030, compared to 2005 levels, to do its part in containing global warming to 1.5 degrees.

Instead of focusing on immediate emissions reductions, the government has framed its climate response around “tech not taxes,” saying essentially it will transition to renewables when it becomes cheaper to do so.

“Removing the green premium — the price difference between current technologies and low emissions solutions — is the key to widespread global adoption and will make net zero achievable for all countries,” the Australian Department of Industry, Science, Energy and Resources (DISER), which oversees climate policy, said in a statement to CNN on Monday.

It reiterated its plans to continue to export coal to nations that are still developing, including China, India and South Korea. “Australia has an important role to play in meeting that demand,” it added.

The Australian government in December last year technically “updated” its NDC, as it was obliged to do by the Paris Agreement before a July 31 deadline, but it did not actually increase its target to cut emissions. The point of the deadline was for countries to raise their climate ambitions.

DISER told CNN it would release a long-term strategy on climate ahead of COP26. “Australia will spell out its position in due course,” it said.

The country’s current pledges do not even put it on track to meet the requirements to keep global warming within 2 degrees Celsius, let alone 1.5, according to Climate Action Tracker, a group that monitors climate policies around the world.

The watchdog said that if the whole world followed Australia’s policies, temperatures would rise by between 2 and 3 degrees.

And while Australia says achieving carbon neutrality by mid-century would be preferable, it’s one of the only developed nations that hasn’t actually committed to it. Even China, widely seen as a roadblock to international climate progress, has pledged carbon neutrality by 2060.

A spokesperson for the European Union told CNN that the bloc hoped “Australia’s ambition to reach net zero ‘as soon as possible’ can be turned into a 2050 net zero target.”

Part of what’s holding Australia back is the power that fossil fuel companies wield in the country. Australia is the world’s second-biggest coal exporter, after Indonesia.

According to Pitt, the Australian resources minister, coal brought in around $50 billion in exports and more than $3 billion in royalties last financial year, and provides direct jobs for over 50,000 Australians, and supports the jobs of many more.
More than 60% of the country’s electricity was generated by coal last year. In the UK, it was 1.6% in 2020.

A shift to renewables in Australia has begun, but it’s been slow.

Just 9% of the country’s electricity comes from the sun. Australia has the highest amount of solar radiation per square meter of land than any other continent.

DISER said that there had been successful “structural changes” to the electricity sector, which has seen a reduction in emissions of 22.5% since it peaked in 2007.

Meanwhile, as the UK, US and EU are designing “green recoveries” from the Covid-19 pandemic — boosting the use of renewables, like wind and solar energy, and setting targets to transition to electric cars — Australia’s plans center on increasing its exploration and use of natural gas, a fossil fuel that contributes to climate change. It “strategy” for electric vehicles doesn’t involve any subsidies or put an end date on combustion engine cars.

A report published on Thursday by the climate think tank InfluenceMap showed that fossil fuel companies are exerting a strong influence over Australian climate policy through well-funded lobbying, and that Australian businesses that are more vocally climate friendly are less engaged in lobbying the government in practice.

“The direction that the Australian government is taking — for example its recent trade negotiations with the UK — isn’t coming out of a vacuum,” InfluenceMap director Ed Collins told CNN.

“When it comes to lobbying for Paris-aligned climate policy, corporate Australia is largely missing in action.”

Collins said that Australia was a clear outlier from its peers in this dynamic. In the United States and Europe, for example, there are big companies actively pushing the government on climate policy.

It appears that lobbying fossil fuel companies have hijacked climate policy from the Australian people. Most Australians support more climate action from the government, according to a poll by the Lowy Institute in May.

The poll found that 78% of Australians would support a net zero emissions target for 2050. Around the same number support the government subsidizing electric vehicles. And 63% support a ban on new coal mines opening in Australia. Yet of the world’s 176 new coal projects, 79 of them are in Australia, according to Fitch Solutions’ Global Mines Database.

The real lobbying to government for improved climate policy is left largely to activist groups.

Lucy Manne, the CEO of 350.org, which is an international organization with an Australian presence, accused the Morrison government of deliberately slowing down climate progress.

“This is extremely frustrating, and the government will only see the movement calling for action grow,” she said.

“The Morrison government risks Australia becoming not just a pariah state on the world stage, but also our economy falling behind. Australia has the potential to become a clean energy superpower and exporter, and the Australian public wants us to be a leader, not a laggard.” 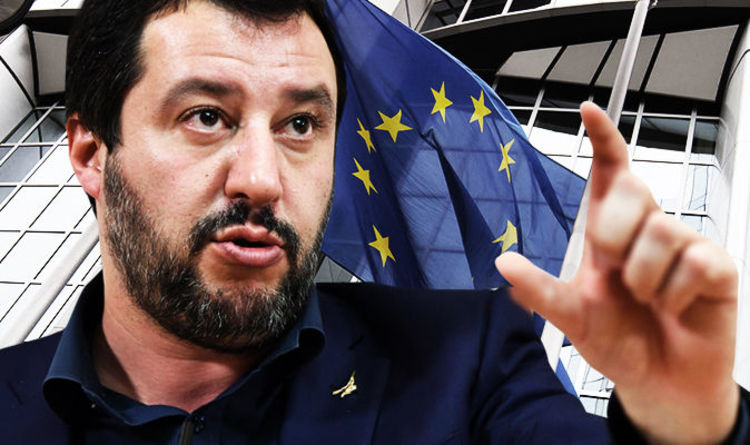 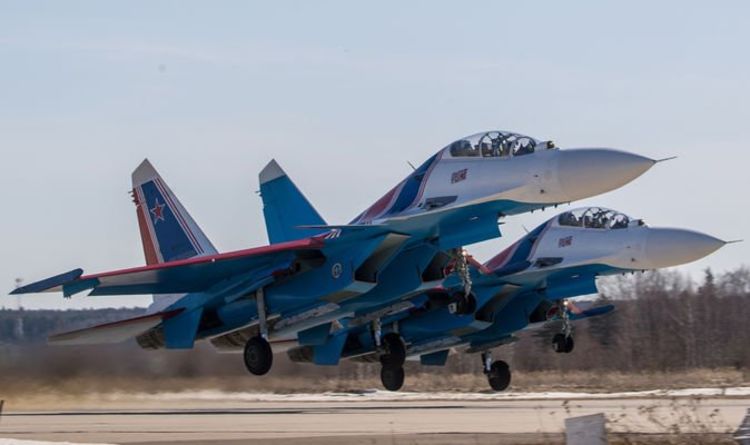 Ten crews from the Russian Knights, Russia’s equivalent of the Red Arrows, displayed their military might by hitting aerial targets with live […]

An 8-month-old boy died Saturday after being shot by his 3-year-old brother at a Houston apartment, police said. Assistant Chief Wendy Baimbridge […]