At the peak of her pop-superstar powers, Britney Spears could do just about anything — even slither around the stage with a snake at the 2001 MTV Video Music Awards.

But as fierce as she looked in her iconic performance of “I’m a Slave 4 U,” Spears wasn’t exactly fearless when she first met the reptile.

“She was very afraid of the python,” said Brian Friedman, the routine’s co-choreographer, who was also Spears’ dance partner. “But that doesn’t mean she didn’t want to do it. She was like, ‘Hell yeah, I’m gonna do it.’ But then when you’re standing there, and the animal trainer’s telling you a laundry list of do’s and don’ts that could potentially make the python constrict around your neck, that gets a little bit scary.”

Still, Spears faced her fears and “rocked it” with not only the albino Burmese python — known as Banana for his electric yellow color — but a friendly tiger named Bhara with whom the singer made her entrance in a cage. It was a moment that had the Metropolitan Opera house — and MTV viewers around the world — roaring.

The idea to incorporate animals in the performance — which premiered “I’m a Slave 4 U” before the single and its steamy video had been released — came from Friedman’s co-choreographer, Wade Robson.

“The song felt very hot and sweaty, tribalistic, animalistic,” said Friedman. “And the animal nature of it all lent itself well to this jungle theme.”

But Janet Kleinbaum — who booked Spears for the VMAs as senior vice president of marketing and video promotion at the her then-label, Jive Records — had her doubts about this jungle boogie.

“When you get the budget rider and there’s an animal handler included, you’re just like, ‘Wait a minute, what’s going on?’ ” she said. “But Jive Records always supported her. We believed in her, we trusted her, we knew she was always going to bring her absolute best to the stage. So we went with it.”

Animal trainer Doc Antle — who you may remember as a colorful, controversial character in the “Tiger King: Murder, Mayhem and Madness” docuseries — had to sign an nondisclosure agreement about the top-secret performance before transporting Banana (whose real name was Kaa) and Bhara to the Met. (Antle was charged with animal trafficking in 2020. He said in a statement at the time: “I categorically deny any act or conduct that could ever be considered as ‘animal cruelty.’ “)

Arriving amidst the hubbub of VMAs rehearsals the morning of the show, the snake almost went unnoticed in an unmarked, temperature-controlled box. “I was like, ‘Where is the snake?’ ” said Salli Frattini, one of the executive producers of the 2001 VMAs. “It was just [in] a box that was sitting stage left. And I was like, ‘Oh my God! Put something around this.’ ’Cause I’m petrified of snakes.”

Meanwhile, tiger Bhara was busy rubbing shoulders with the stars backstage while getting acclimated to his surroundings. “Everybody comes up and hugs him and pets him and was feeding him and playing with him,” said Antle, who was also in the cage with Bhara during the performance. “He’s the coolest dude at the MTV Awards.”

By showtime, Spears had bonded with Banana. “She owned it like it was her pet snake, and they were best friends,” said Alex Coletti, producer of the 2001 VMAs. “I was so impressed by how professional [she was] and how she just went for it.”

Sadly, both Banana and Bhara have passed away since finding VMAs glory (although both lived beyond the usual life expectancy). And while Spears has had more than her share of troubles since that triumphant moment, Kleinbaum said “she was absolutely at the top of her game” when she performed “I’m a Slave 4 U” that night.

“She was just very strong and commanding of her audience, very confident,” she said. “And I think that’s actually who Britney is.”

Friedman agreed that Spears was more of a master than a slave on that VMAs stage. “She was in her element,” he said. “She knew that she was untouchable. She knew that she looked incredible. The world was hers for the taking, and she knew that night when she stepped on the stage, she was gonna take it.”

Kanye West and Taylor Swift in 2009

When Ye bum-rushed the stage to interrupt Swift’s acceptance speech for winning best pop female video for “You Belong With Me” — besting Beyoncé’s “Single Ladies (Put a Ring On It)” — it was a cringeworthy moment that made the phrase “I’ma let you finish” go down in VMAs history. Let’s face it, West was right: “Single Ladies” remains “one of the best videos of all time.” But when the ever-gracious Queen Bey herself is embarrassed, have several seats, Kanye.

Still, Swift and West seemed to have put a “Kumbaya” kibosh to all that when she presented him with the Video Vanguard award in 2015. But after Yeezy’s rambling acceptance speech and the subsequent bad blood with T-Swizzle, it seems as if that was all for show.

Mother Monster made PETA feel like she was living up to that name when she rocked the meat dress on the red carpet in 2010. So what did Gaga did for an encore? The very next year she came dressed in male drag as her male alter ego Jo Calderone — featured in her “Yoü and I” video — and committed to that persona for the whole damn night. Watching “Jo” react in the audience when Beyoncé revealed her baby bump after her performance of “Love on Top” has to be one of the most surreal VMAs moments ever.

No doubt, Madonna was the mother of invention for controversy at the VMAs from the moment she writhed across the floor in a white wedding dress singing “Like a Virgin” at the very first ceremony in 1984. But she was still expressing herself in the most shocking of ways 19 years later when she kissed both Spears and Aguilera in a medley of “Like a Virgin” and “Hollywood.” It was a scandalous smooch that even had former Britney beau Justin Timberlake gagging. And there was definitely a lot more heat happening than when Michael Jackson went mouth to mouth with then-wife Lisa Marie Presley in 1994.

Miley Cyrus and Robin Thicke at the 2013 VMAs

When a scantily clad Cyrus, then only 20, frolicked with a bunch of teddy bears to “We Can’t Stop,” it was clear that we weren’t in Disney anymore. But when Hannah Montana began twerking upon Robin Thicke during a performance of “Blurred Lines” that only reinforced the song’s “rapey” reputation. Mickey must have been ready to shut Barclays Center all the way down.

Rage Against Machine vs. Limp Bizkit in 2000

After Limp Bizkit won best rock video for “Break Stuff” — beating out Rage’s “Sleep Now in the Fire” — RATM bassist Tim Commerford was anything but ready to take the defeat lying down: Instead, he crashed the stage during Limp Bizkit’s acceptance speech and climbed a giant backdrop, refusing to come down. The stunt landed Commerford a night in jail, but really, that’s a small price to pay for doing one of the most badass things in VMAs history.

When you are the Boss, you can do whatever the hell you want. And presenting the award for best hip-hop video at the 1999 VMAs surrounded by two baby divas — Mary J. Blige and Lil’ Kim — you can best believe Miss Ross was not to be upstaged by a purple-haired Kim in her purple, one-shouldered jumpsuit, with nothing but a pastie covering her left boob. The supreme Supreme took control of the awkward-for-her situation and playfully grabbed the Queen Bee’s breast as a bemused Blige looked on. Now that’s how an O.G. diva rolls. 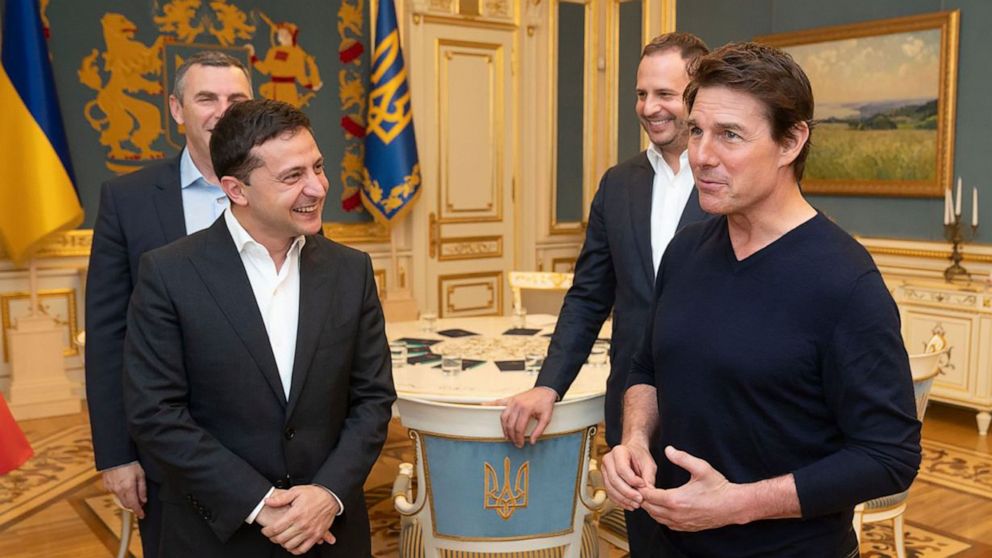 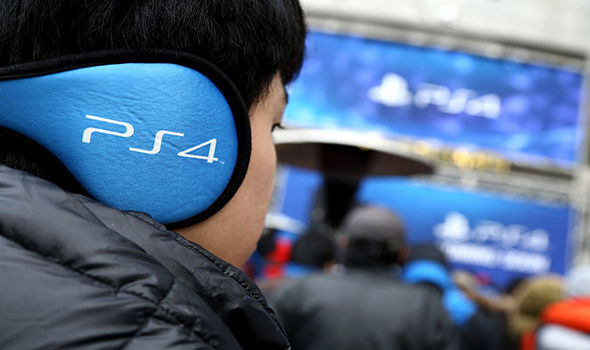 The PS4 January sale is live on hundreds of games and DLC. After launching the bumper PSN sale before Christmas, Sony has added even […] 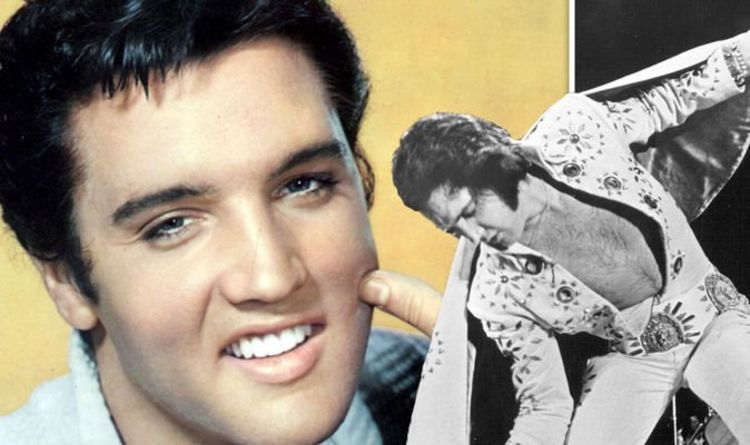 It is also expected to “delve into the complex dynamic” between Presley and Parker, though it is unclear whether the film intends […] 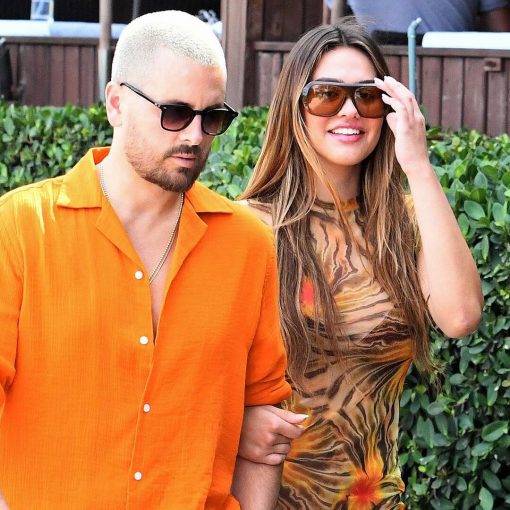 Amelia Hamlin is proudly wearing her heart on her sleeve and Scott Disick‘s name on her wrist. The 19-year-old model took to her Instagram […]