The most patriotic act I have ever witnessed anyone perform was what my father did on 9/11. He was watching the morning news, as was his routine — despite his poor vision, hearing and understanding of English, the last of which he remedied somewhat through his keen observations and vast store of knowledge.

When he saw the first tower on fire, he rushed to the balcony to examine the horizon. From the fourth floor of our Queens apartment, he usually had a sliver of a view of downtown Manhattan. But instead of the two buildings he was used to seeing, he found only a plume of smoke. Instantly ashen, he began yelling to my mother in Persian — for nothing was ever real unless he narrated for her — “Helen, they struck! They struck the twin towers! May God strike them dead!”

For several moments, he stared into the distance, his clouded vision more clouded for the welling tears. Then, without saying a word, he grabbed his cane and headed for the street.

Since he had arrived in America in 1989, my father had sat on the same balcony looking into the same distance, composing poems, nearly every one of them about Iran. His yearning for the land he had left seemed to grow with each passing year. Everything was better there, everything. Food was tastier. The air was fresher. Even the landscape he used to stare into, he said to my mortification, beat the skyline of Manhattan.

Once a month, he and his fellow exiles gathered in one of their homes and recited the poems they had composed, mostly variations on the same theme of longing. They were no warriors. But in their ceaseless insistence to return home, they made a company of misguided Odysseuses, who had chosen to forget that their Ithaca had rejected them. Even to a daughter, this was offensive: Why not compose poems for the land that had sheltered them, instead?

It took years for me to realize that I had misread my father all along. Everyone misreads the immigrant, including the immigrant himself. It is hard to grasp the depths of the newcomer’s uneasiness — with the new time, the new tongue and the unfamiliar palette of the new landscape.

A recent immigrant described to me the experience of those early months as a period of all-encompassing fog. People understand that the newcomer can be jet-lagged. What they cannot fathom is that he is also head-lagged and heart-lagged. He has landed, yes, but he is only a human shell with a spirit that lingers still in that elsewhere.

Native-born Americans especially misread the immigrant. Some expect him to be instantly grateful and delighted to be in America, when he is hardly able to feel anything but loss — of loved ones he has left behind or of the mastery he had over that bygone life. If he does not articulate gratitude or delight, it is not because he is not grateful or delighted. It is because he, himself, does not yet know what he is.

To experience delight, one must be open to seeing the boons of the present. The newcomer, however, is often in the grip of the past or too swept up in the urgencies of present to recognize anything else. If the immigrant chooses to remain within his own ethnic or religious enclave, it is not because he is refusing to integrate. It is because the enclave is the only familiar place left to him from which he can dare venture into the unfamiliar new world. Some native-born take offense at the immigrant’s poor English. But language, as the late Sen. John McCain keenly saw, is hardly an indicator of patriotism.

The truest measure of all is whether he embraces America’s fundamental values. But the trouble is, he could believe in those values yet not be demonstrative in the same way as the native-born. Most nations do not flaunt patriotism without good reason — a national threat, disaster or some special celebration.

America is not unique in its popular use of its flag. But such fervent and widespread displays of the flag are almost exclusively American. In most other countries, especially those living under authoritarian rule, flags are objects that are flown at government buildings or military outposts. It takes a while before the immigrant to America cultivates a fond, personal relationship to Old Glory.

It is often the moments of dire events, more than any other, that have given cause to the immigrant to demonstrate his patriotism beyond all expectations. For nearly half a century, Chinese Americans lived under “exclusion.” Then came the attack on Pearl Harbor in 1941, which gave them the chance to serve, proving to those who had suspected their loyalties, as well as to themselves, their love for this country.

The attacks of 9/11, too, helped many immigrants make a similar discovery. My father returned home that morning, carrying a plastic bag. He shuffled to the balcony, where he took out of the bag an American flag — the largest he had been able to find at the corner store. He removed the geranium pots, the only items the co-op board allowed to be displayed from the railings.

Having been a school principal and a community leader all his life before coming to the U.S., he had always taken great care to be a law-abiding role model for everyone else. But that day, he was not the man he had always been. He looped a piece of twine through the holes at each end of the flag and tied it to the railings.

I was stunned as to how he knew to do this, or why the man who had never broken any rules had found it in him to do so. For the rest of the day, he stayed on the balcony, his eyes fixed upon that smoldering horizon. It was as if all the poems and the longings had gone up with that smoke. Perhaps he, too, was discovering what he really felt. Or perhaps I was the one learning what he had always known in his heart.

The certainty with which he acted made clear that the poet was, first and foremost, a sensible man, who knew that if he was able to sit and write about his yearning for another land, it was because of the safety this land had granted him.

That day, Iran was only a dispensable muse, whereas America — a beloved reality. The moment his peace was lost, all wordplay stopped. The sinister blaze in the horizon kindled a different fire in my father’s heart.

Roya Hakakian is an Iranian American author. This essay is adapted from her book “A Beginner’s Guide to America: For the Immigrant and the Curious.” 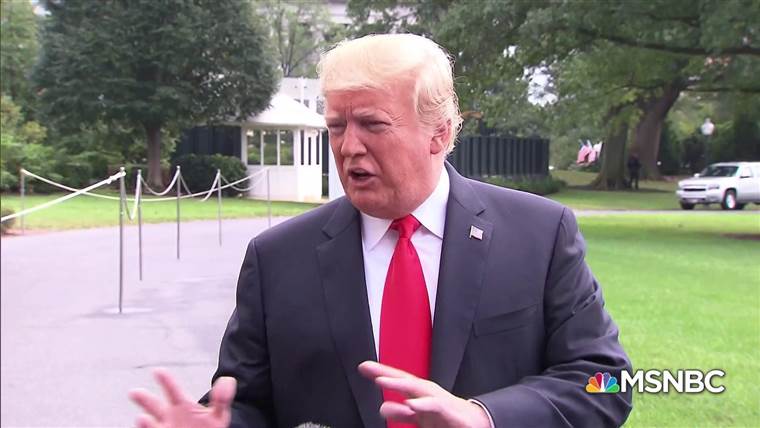 The number of people dying from coronavirus in Italy has risen by 475 in one day to nearly 3,000 – the biggest […] 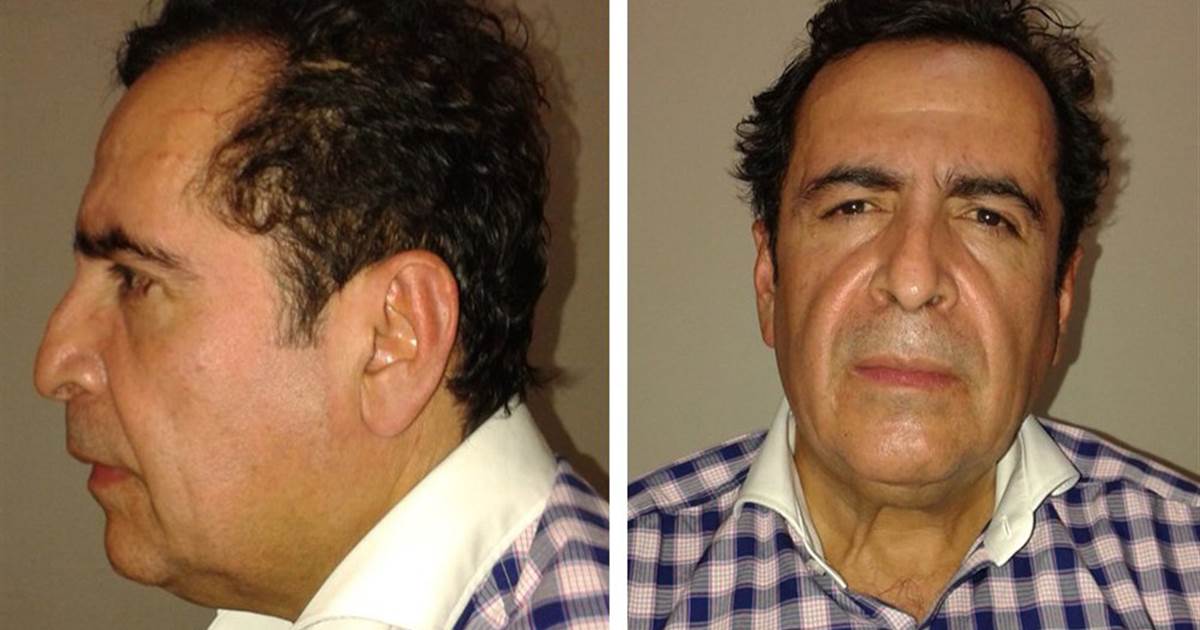 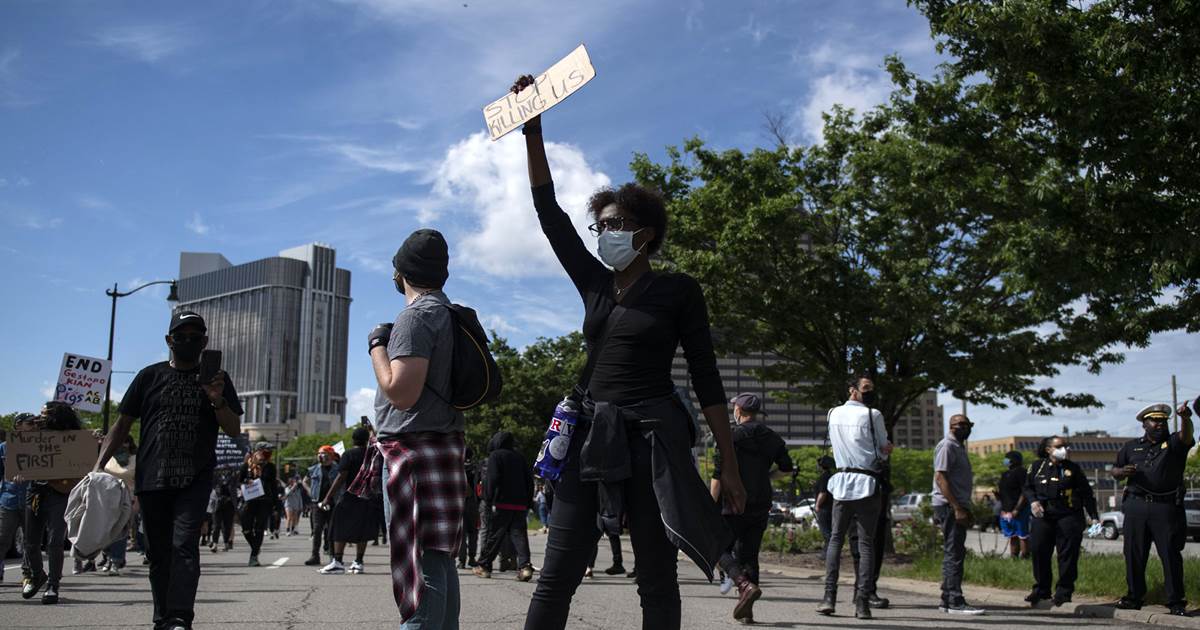 For a fourth day, Americans took to the streets to decry the death of George Floyd, whose demise in the custody of […]