I am on a FaceTime call with my brother in Connecticut, discussing the logistics of flying my whole family to the US for my father’s 100th birthday. In the middle of the conversation, my brother turns his camera so it’s pointing at my father, who is sitting next to him. I wave. My father peers suspiciously into the lens for a moment, until he recognises me.

“He fools me with the beard,” he says to my brother. My brother tries to explain what we’re talking about, but my father just scowls: he hasn’t got his hearing aids in. My brother leans toward him.

“You gotta stay alive for three more weeks!” he shouts.

From my end, the logistics are difficult. The middle one has lost both his passports. My wife may or may not be exempt from the current ban on UK citizens entering the US. The youngest one thinks he might have Covid.

One by one these obstacles are overcome, or evaded. The youngest one does not have Covid. My wife is exempt. Four days before we travel, the middle one manages to procure an emergency passport. Three days before we travel we learn that a major hurricane is scheduled to strike the coast of Connecticut at about the time our plane is due to land.

“I’m not flying through a hurricane,” my wife says.

“I don’t think they fly through them,” I say. “I’m pretty sure they’ll go round.”

At four in the morning on our day of departure, I get a text from my brother that says, “Is your flight cancelled yet?”

At the airport the next morning, we walk up to the check-in desk and I hand the woman five passports, five negative Covid test results, five signed attestations regarding the validity of the five foregoing documents and a certified copy of my marriage certificate. A few minutes later she hands me five boarding passes, and I exhale. Nobody mentions the hurricane.

I’ll tell you what: they do fly through hurricanes. At least that’s what it feels like. Thanks to strong gusting winds exceeding 75mph, we actually land a little bit early.

When we finally get to the house, my brother says my father is resting, but we find him in the kitchen trying to make coffee using a brand new programmable pod machine. There is nearly a century between the man’s birth and the advent of this device.

“Does he know how to work that thing?” I say.

“He can do it,” my brother says. “Sometimes it runs out of water, and that interferes with his process.”

When we came over for my father’s 95th birthday, he was still driving. On the morning of his birthday, he played tennis for an hour. These days he walks with a cane when he’s outside. I haven’t seen him for three years, and I have no idea what he is and isn’t supposed to do. The first time I watch him go up the stairs is a little heart-stopping.

“Wait until you see him come down,” my brother says.

The next day, a group of us walk down the road to the beach. The hurricane has passed and the sun is bright. We discuss plans for the party: guest lists, Covid protocols, napkins. I know we will have this same conversation again the next day, and the next, without making any decisions. But it’s the process, and it cannot be interfered with.

After about an hour, my father comes up the lane, cane in hand.

“I left my ears at home,” he says, pointing to either side of his head. We sit for a while in companionable silence. Then my father pulls off his shirt, stands up and grabs his cane.

I walk with him, slowly, to the water’s edge. The tide is high, the water flat and calm.

He wades out gingerly until the water reaches his waist. Then he hands me his cane, tips forward and swims off, parallel to the shore. At the far edge of the beach he turns and comes back my way, backstroke this time.

CAIRO (AP) — The United Arab Emirates has sent six Yemeni detainees who were first held at the U.S. base at Guantanamo […] 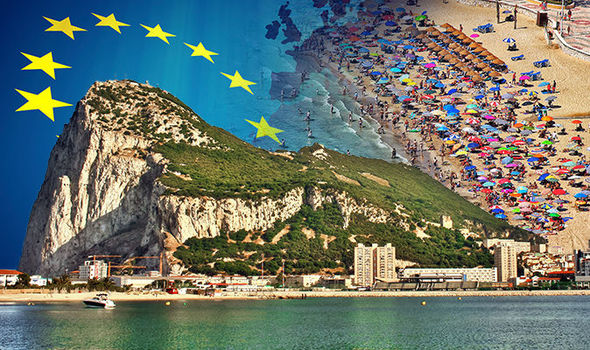 Officials from the Spanish region of Andalusia, which borders Gibraltar, have raised fears about the impact of Brexit on Spanish workers who […] 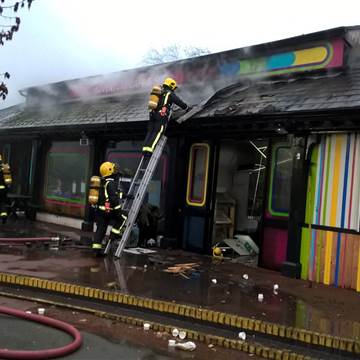 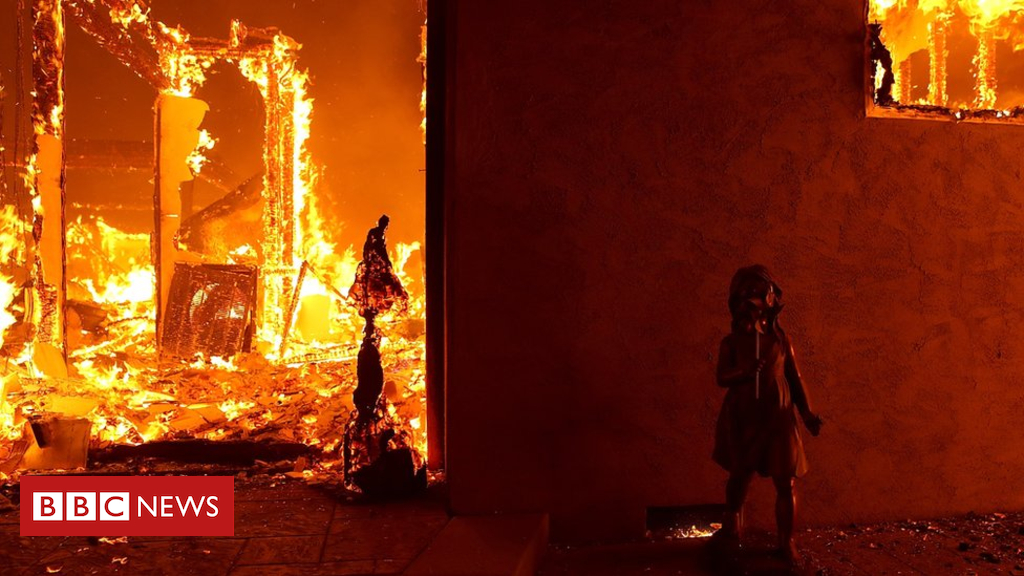 Image copyright Getty Images Image caption The town of Paradise, with a population of 26,000, has been ordered to evacuate Thousands of […]