Cristiano Ronaldo has been named in the starting line-up for Manchester United’s Premier League clash with Newcastle. Ronaldo will make his second debut for the club after moving back to Old Trafford in August.

Ronaldo has gone straight into Ole Gunnar Solskjaer’s starting team, despite only linking up with his new team-mates earlier this week.

Fellow summer signings Jadon Sancho and Raphael Varane have also been given the nod from the off as United look to build on their unbeaten start to the new Premier League campaign.

Sancho will flank Ronaldo, who leads the line, while Mason Greenwood has been handed his fourth consecutive start after scoring in all of United’s opening three games.

Harry Maguire will captain the team from centre-back alongside Varane, while Luke Shaw and Aaron Wan-Bissaka also appear in the backline.

David de Gea keeps his place in goal following his strong start to the season.

The superstar forward originally signed for United from Sporting Lisbon in 2003 and went on to become one of the most revered players in the club’s history.

Ronaldo won the Ballon d’Or in 2008 after inspiring United to Champions League and Premier League glory that year and won the trophy four more times in Madrid.

United will be big favourites to beat Newcastle after already storming to a 5-1 victory over Leeds United and a 1-0 win against Wolves this term.

Newcastle, meanwhile, have had an egregious start to the season, suffering a 4-2 defeat at home to West Ham and a 2-0 loss at Aston Villa. They picked up a 2-2 draw with Southamnpton last time out.

The Magpies also suffered a home Carabao Cup defeat at the hands of Burnley last month, and a heavy defeat at Old Trafford could see boss Steve Bruce coming under enormous pressure at St James’ Park. 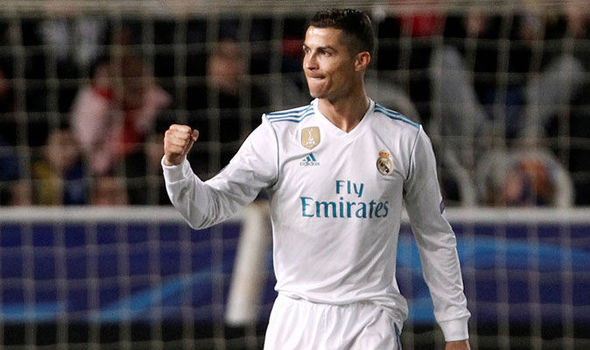 Ronaldo got his shooting boots back last night with a double against Apoel Nicosia. Karim Benzema was in on the act as […]