Some wept. Some held photos of loved ones At 8.46am, precisely two decades after a passenger plane became a new and deadly weapon here, all fell silent in remembrance.

Families of the victims gathered at the 9/11 memorial plaza in New York on Saturday to mark the 20th anniversary of terrorist attacks that killed nearly 3,000 people and helped shape the 21st century. Similar ceremonies played out in Washington DC and Pennsylvania – the sites of other attacks that day.

The sombre ceremony in downtown Manhattan played out in bright sunshine that was eerily reminiscent of 11 September 2001 was attended by Joe Biden and former presidents Bill Clinton and Barack Obama along with victims’ families and first responders. Many wore face masks because of the coronavirus pandemic.

Biden had hoped that the milestone anniversary could provide a much-needed moment of national unity after ending the war in Afghanistan, launched to root out al-Qaida, which carried out the attacks. But anger is still raw over the the chaotic withdrawal and return to power of the Taliban.

The 9/11 memorial plaza at the former World Trade Center site includes cascading water in the footprints of the twin towers. Mourners placed flowers on the names of the dead inscribed in bronze.

The commemoration began with a tolling bell and a moment of silence. Mike Low, whose daughter was a flight attendant on the airliner that struck the north tower at 8.46am, described an “unbearable sorrow and disbelief” experienced by his family over the past two decades.

“As we recite the names of those we lost my memory goes back to that terrible day when it felt like an evil spectre had descended on our world, but it was also a time when many people acted above and beyond the ordinary,” he said.

Relatives then began to read aloud the names of 2,977 victims, an annual ritual that will last four hours. Rock star Bruce Springsteen, wearing dark suit and black tie, played guitar and performed the song I’ll See You in My Dreams.

Two decades on, images from 11 September 2001 are vividly imprinted in the memory of some – everyone can remember where they were – but now represent a historical event for an estimated quarter of the US population born after the atrocity.

The national unity in the immediate aftermath of 9/11 now seems elusive in an America where insurrectionists stormed the US Capitol on 6 January and domestic terrorism is deemed a bigger threat than attacks from overseas.

But twenty years ago in a crystalline blue sky, al-Qaida terrorists hijacked four commercial airliners and turned them into guided missiles, crashing two into the World Trade Center, a symbol of America’s financial might in downtown Manhattan.

People from all over the world were killed in the initial explosions, jumping to their deaths or being pulverized by the collapsing twin towers, an astounding spectacle that horrified audiences on live television.

The hijackers rammed another plane into the Pentagon, the headquarters of the US military near Washington, tearing a hole in its side. A fourth plane – possibly heading towards the US Capitol – crashed into a field in Shanksville, Pennsylvania, after its passengers heroically fought back.

The president did not deliver remarks at any of the locations but he released a video on Friday to express his condolences to the loved ones of the victims and highlight the national unity that followed – a diminishing asset in today’s hyper-partisan atmosphere.

He said: “It’s so hard. Whether it’s the first year or the 20th, children have grown up without parents and parents have suffered without children … We also saw something all too rare: a true sense of national unity.”

The day required Biden to pivot from commander-in-chief to consoler-in-chief. He said in the video: “No matter how much time has passed, and these commemorations bring everything painfully back, as if you just got the news a few seconds ago. And so on this day, Jill and I hold you close in our hearts and send you our love.”

But Biden is still facing congressional investigations into the chaotic departure of US forces from Kabul, less than two weeks ago, that ended America’s longest war. The Taliban are now back in control of Afghanistan, just as they were on 9/11, raising fears that the country could once again become a terrorist hub.

During his presidency, Trump brokered a deal with the Taliban in February 2020 that would have seen all US troops out by May 2021. He was due to return to Florida on Saturday evening to provide ringside commentary at a boxing match.

George W Bush, who launched the retaliatory war in Afghanistan in 2001, spoke at a memorial service in Shanksville. At 10.03am the names of the passengers and crew members, who were all killed, were read out.

In his speech Bush lamented America’s current political turmoil and attacked those who threatened – or carried out – violence at home. “We have seen growing evidence that the dangers to our country can come not only across borders but from violence that gathers within. There’s little cultural overlap between violent extremists abroad and violent extremists at home,” he said.

“But in their disdain for pluralism, in their disregard for human life, in their determination to defile national symbols, they are children of the same foul spirit and it is our continuing duty to confront them.”

In what was effectively a rebuke to fellow Republican Trump and his brand of nativist-populist politics, the 43rd president continued: “A malign force seems at work in our common life that turns every disagreement into an argument, and every argument into a clash of cultures. So much of our politics has become a naked appeal to anger, fear and resentment. That leaves us worried about our nation and our future together.”

At Shanksville, the Bidens laid a wreath of red and white roses at the memorial and walked the length of a wall where names of victims are etched and into a field, then towards a boulder that marks where United 93 crashed.

The president also visited a local fire station and spoke with reporters, defending his Afghanistan policy and commenting: “I thought that President Bush made a really good speech today, a genuinely good speech about who we are. The core of who we are is not divided.”

Earlier at Shanksville, Vice-President Kamala Harris struck a similar chord when she toured the memorial and told a gathering: “On the days that followed September 11th, 2001, we were all reminded that unity is possible in America. We were reminded, also, that unity is imperative in America. It is essential to our shared prosperity, our national security, and to our standing in the world.”

Harris and her husband, Doug Emhoff, joined the Bidens for a final wreath laying ceremony at the Pentagon just after 4pm. With the defense secretary, Lloyd Austin, and Gen Mark Milley, chairman of the joint chiefs of staff, they walked together to study dark plaques engraved with the names of the dead.

With unexpectedly cold weather forecast and pandemic-related curfews in some places, Florida is about to have a Christmas unlike any other – […] 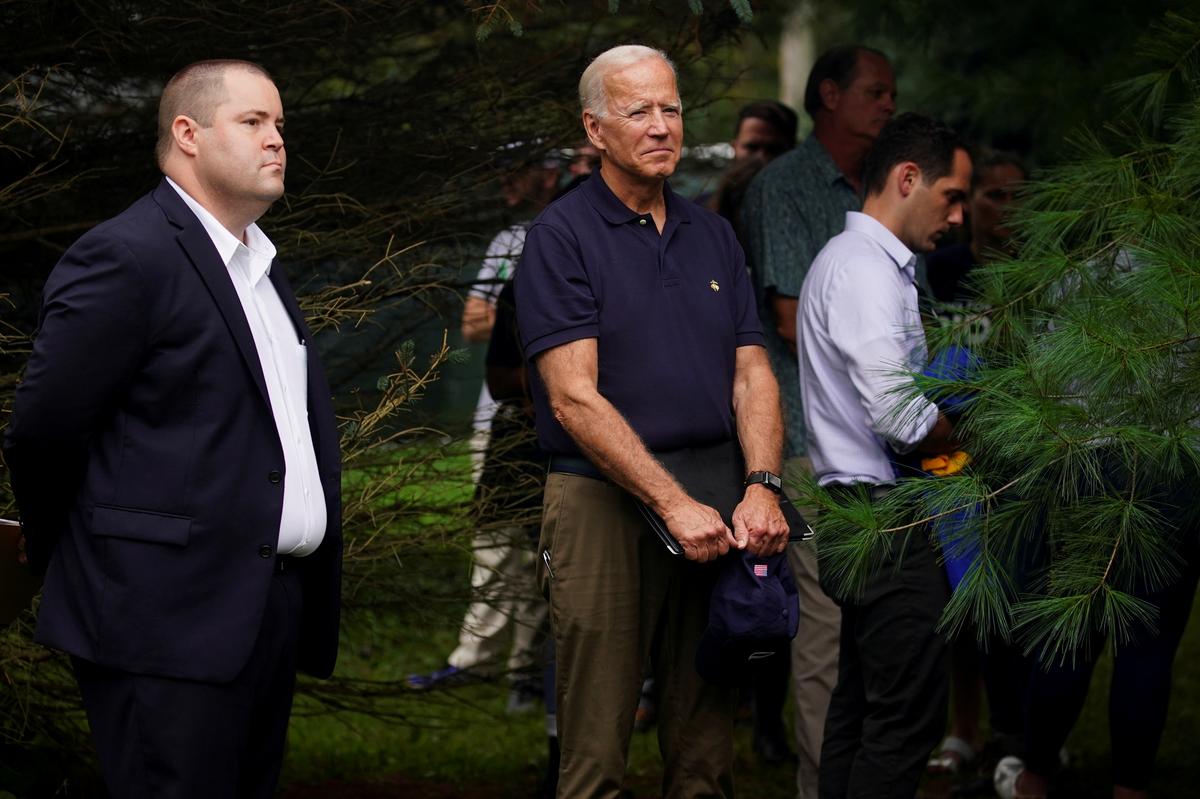 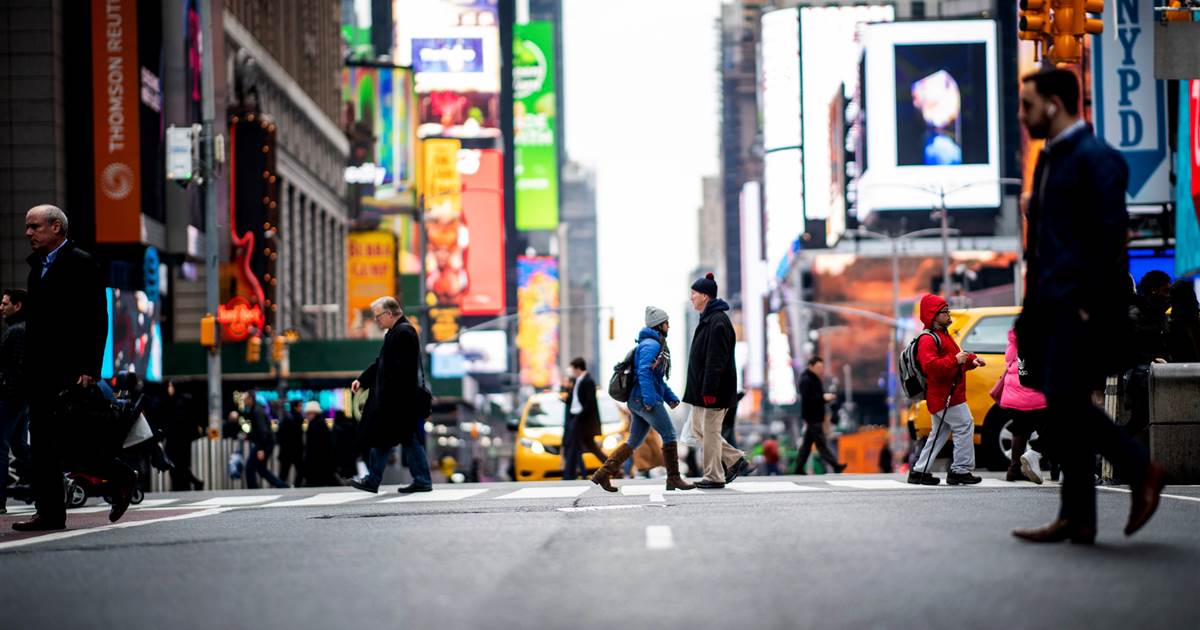 Multiple media outlets are being criticized for using images of Asians and Chinatown in articles about the coronavirus outbreak. The New York […]