Skip to content
Discussions on where fleeing Afghans will resettle have dominated the news and made their way into the conversations of everyday people. This is a moment to remember the crisis of 82.4 million forcibly displaced people worldwide, which includes 26.4 million refugees. Although the number of refugees in the world continues to grow at a disturbing rate, their lives remain a mystery to many people. More than anything, the world should know that we are not villains, and we are much more than victims — we are humans.

My family has been plagued by war for generations. I was born and raised in Ethiopia, where my father settled after fleeing the first Sudanese civil war more than five decades ago. I grew up in a village in Itang, where I enjoyed a beautiful childhood: I went to school, played in the river with other kids, and sat on my shoes next to my father in the evenings as he told me stories of growing up in a small town by the Nile.

Men from our neighborhood often came to our house to listen to Naath FM, a South Sudanese station, on my father’s Panasonic radio. I would listen to them as they analyzed the news and asked “When is the war going to end?” Sometimes my father tuned into BBC, and I would imitate the news anchors. I dreamed of becoming a journalist.

One morning in 2010, the life I knew vanished in the span of a few minutes. My father woke me up and told me to stuff some clothes and a water bottle into a small paper bag. I heard gunshots and someone screaming outside. A militia was attacking our village. When my father saw me shaking, he embraced me and told me I had to go to Kenya, where he said I would still be able to attend school.

The promise of school, which my father knew was one of the most important things in my life, calmed me enough to continue packing.

I imagine that Afghan parents and guardians, who had lived before under the Taliban and understood the gravity of what was now happening, had similar conversations with their children. Pack. Hurry. Don’t cry. Everything will be OK.

My father directed me to a small group of mostly women and children standing under a tree by a thicket. I started to run, but my legs stopped as I looked around. Houses were burning and someone was bleeding on the ground. My village was disappearing. I was 11 years old.

Finally, someone grabbed my hand and pulled me to safety. We all ran into the bush. For four days we walked, mostly at night to avoid the police; none of us had a valid passport. We arrived in a small village, south of mine, where the local people gave us food, clean drinking water and a safe place to sleep. We spent two days there before separating into three different groups. Mine was headed to Kenya, a journey that would take two weeks.

When we arrived at the Kakuma refugee camp, I felt devastated. I saw, heard and felt things that are common in the stories of displaced people. Children were crying in the crowd of people that filled the camp manager’s office and in the line that had formed outside of the compound’s fence. People, exhausted from long journeys and carrying whatever they could quickly pack, scrambled to jump to the front of the line. We all stood for hours, waiting to be interviewed by a Kenyan government official and for our biometrics to be collected. The police who patrolled the line and gate would sometimes be violent.

I was angry at those who attacked my village. I hated leaving my father behind, not knowing when, or if, I would see him again. (It would be four years before I reconnected with him — on a phone.)

For refugees, especially children, any semblance of normalcy is important.

After four months, my life took a turn when I started attending school, where I found hope and solace. I knew that education was the only way I could secure a better future. I felt happy again.

During my senior year in high school, I realized that there were many kids in my class who had been traumatized by war and violence. So I established a group called the Refugee Youth Peace Ambassadors, creating a safe space for my friends to heal, get peer support and play together. In a few months, the number of kids attending our gatherings increased, and we ran workshops, mentoring sessions, community dialogues, games and sports activities.

When I finished high school, I didn’t have the opportunity to attend a university, like most refugees who live in camps or even the vast majority who live in cities. I saw no hope of attending university. In fact, only 5% of refugees worldwide are enrolled in universities or other higher education learning programs, according to the 2021 education report from the UNHCR, the United Nations Refugee Agency.
Relying on my phone and a few digital-learning centers in the camp, I took free online courses, including from Amala, an organization that developed an international high school curriculum and other courses to educate displaced young people. I studied peace and conflict, human rights, international affairs, English and journalism. I also started community projects to empower other young people. And I used my social media to post about human rights, issues affecting refugees and stories of people living in Kakuma. I made friends all over the world.

But still, I was stuck in the refugee camp. Each morning I would wake up full of hopes, but my fear of being confined there for the rest of my life would crush those hopes. I wanted to be free and explore the world, to get a college degree and become a journalist, to earn a living and support my family.

Most refugees lack access to the opportunities that can turn such dreams into reality. These camps are meant to be temporary, but immigration policies limit the ability to work, move about freely, and pursue an education. Although I dreamed of another life, I lacked even a valid passport and travel visa.

Last year, I learned about the University of California at Berkeley’s Peace and Conflict Studies program and its summer minor program in journalism. I said to myself “This is where I want to go.” I hoped to explore the psychology of my childhood while pursuing my dream of becoming a reporter. When I received an acceptance — out of more than 112,000 freshman applicants for the Class of 2025 — from Berkeley, I cried, danced, and sang in celebration — until I learned that, as an international student, I was ineligible for financial aid.

A group of pro bono college counselors offered to help me find a new home after learning of my plight from Amala. Two weeks later, Huron University College, in Canada, offered me a full-ride four-year scholarship. Today, I am a proud Huron student.

When I share my story, so many people tell me how my story inspires them.

But I don’t want my story to simply inspire you. I want my story to encourage you to do something. The numbers of refugees who want a chance at education, jobs or simply peace are overwhelming. But we all can help make life in a new place easier — yes for those who are now fleeing Afghanistan but also for the other 82.4 million people around the world who have fled war, persecution and human rights abuses and now are working hard to build a new life and to contribute to their new communities.

Is there something you can do to make your community more welcoming to refugees? Maybe help a refugee learn your language. Give them information on how to apply for a job or access healthcare. Encourage your university to offer scholarships to refugee students. Hire refugees at your company. Ask your local and national political leaders to support policies that welcome refugees. Organize a fundraiser in your community to help send a young refugee to school or to help local organizations that support refugees. Elect leaders who care.

You might have watched the horrors in Afghanistan and thought, “What can I do?” There’s so much you can do and even the smallest gestures of kindness can help. Believe me, I know. 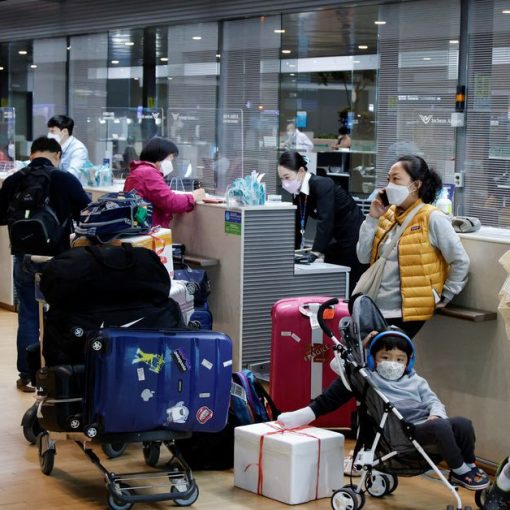 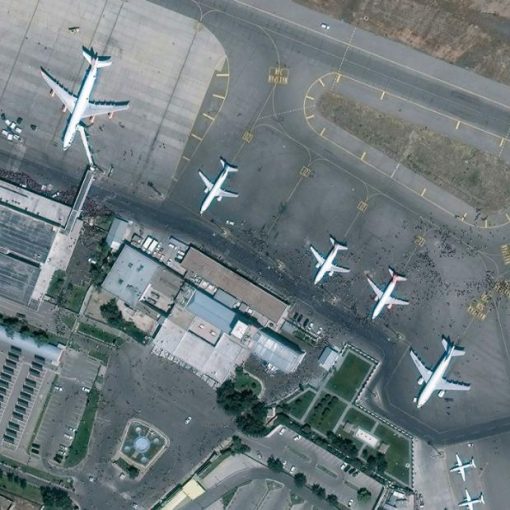 The ninth evacuation flight from Afghanistan since August 31 is carrying 353 evacuees, including faculty, staff, and students from the American University […] 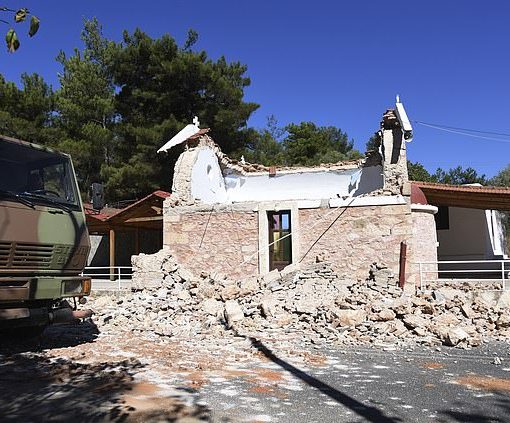 At least one dead as powerful 6.5-magnitude earthquake rattles Greek island of Crete damaging buildings and sending crowds into the streets The […]