Good morning. We were for a while there, my colleagues and I, meant to be back in the office this week, after 18 months working remotely on account of the pandemic.

Maybe you were, too? A lot of companies had a similar idea. The plans faded months ago, even before the Delta variant ramped up, but it’s still jarring, in this season of back-to-school rebirth, for so many of us not to be back on the commute in hard soles and a tucked-in shirt. Remote labor may still be labor, but the isolation that accompanies it takes its own special toll. You’re not alone in feeling so, anyway. Be kind to one another this week on phone calls and during video meetings, in email, on instant message.

Be as kind or kinder to those whose work is not remote, even as danger continues to swirl. And attend as you can to those who have no work, whose struggles are intensified as a result of this strange and frustrating moment, caught between the rise of the coronavirus and its maddeningly slow descent.

Cook for people. I know it helps, even if you don’t start out wanting to do it, I promise. Some possibilities: chocolate-cheesecake pudding bars (above) for neighbors you haven’t seen much of since all this began; vegetarian kofta curry for children eager for the family to eat less meat; spiced ginger shrimp with burst tomatoes for yourself, because holy smokes those jammy tomatoes, this time of year, are their own reward.

There’s plenty summer left at the thermometer, I’m sure, at least in the precincts I walk. But there’s something heartwarming about the autumnal flavors of this roast chicken with maple butter and rosemary, amazing with a drift of mashed potatoes or polenta. And I love this smoky lo mein with shiitake and vegetables, which certainly benefits from the use of a hand-held blowtorch (my colleagues at Wirecutter recommend this one), but does not require its use: a few extra seconds in a screaming-hot cast iron pan offer a similar result.

Eggplant ravaiya, maybe? This dead-simple and incredibly delicious plum torte? It might be a nice night for these lightly blackened fish tacos, with chipotle sour cream.

Many thousands more recipes to cook during these strange, restless days are waiting for you on New York Times Cooking. (As we’ve discussed a fair amount, you need a subscription to access them. Subscriptions support our work and allow it to continue. If you haven’t already, I hope you will subscribe today.)

Even more inspiration is waiting for you on social media, where we maintain accounts on, among other platforms, Instagram and YouTube. Come and see us. (You can find me at @samsifton.)

And we are standing by to help, should something go sideways while you’re cooking or using the site. Just write: [email protected] and someone will get back to you. Or you can send kind words or damning criticism to me directly, if you like: [email protected] I read every letter sent.

Now, it’s a far cry from toasting farro or deboning a quail, but I’ve been haunted these last few days by “Alpha: Eddie Gallagher and the War for the Souls of the Navy SEALs,” by my Times colleague David Philipps. It’s engrossing, full of horror and deeply damning.

Do read, as well, our Dwight Garner’s profile of the novelist S.A. Cosby, a regular in these pages.

Here’s Annette McGivney on the death of a very good dog, in Outside.

Finally, new music from Japanese Breakfast to play us off, “Glider,” written for the forthcoming video game Sable and reviewed by Jon Pareles last week in The Times. Enjoy that, and I’ll be back on Friday. Huawei’s P30 Pro is, without doubt, one of the finest smartphones of the year. This flagship device, which was released back in […] 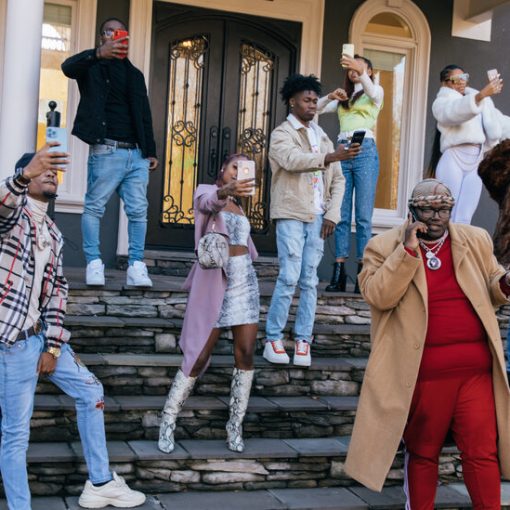 Black creators’ concerns run deeper than simply obtaining dance credits or more brand deals. “We are being exploited, and that’s the core […]

Haseeb Rahimi, a 30-year-old Afghan entrepreneur, and his younger sister, Rahiba Rahimi, a designer, had big plans for 2021. It was going […]