“Last week, 42-year-old Kevin Ellison played against Theo Walcott in the League Cup game between Newport and Southampton. Sixteen years earlier, they came on as substitutes when Hull drew 1-1 with Southampton. What’s the record time in years for the first and last time two players played against one another?” wonders Ricardio Sentulio.

We’re fans of research here at The Knowledge, but we spent far too much time on this and came up with very little in the way of examples that even come close to matching Walcott’s and Ellison’s 16 years. Gigi Buffon had an international career that stretched an incredible 21 years, but even within that the longest gap between him facing a rival footballer that we could find was 11 years (2003-14) between meetings against Azerbaijan’s stalwart centre-back Rashad Sadyqov.

“There’ll doubtless be a longer gap in club football, but Gheorghe Hagi and Lothar Matthäus faced each other in Euro 84 and then again in Euro 2000,” offers Chris Martin. “That must be up there in terms of international football.” You might be right, Chris. Further digging has found the two did meet again in club football, four years earlier, when Matthäus’s Bayern knocked out Haji’s Barcelona in the Uefa Cup semi-finals, meaning the gap is reduced to 12 years in terms of this question.

Thankfully, Tim Dockery persevered where we gave up. “Thanks for wasting my day but at least it led me to eventually finding a gap between the first and last meeting for two competing players that is larger than 16 years. Not too surprisingly, the pair were goalkeepers. On 19 August 1967, Peter Shilton’s Leicester City lost 2-3 to Pat Jennings’s Tottenham Hotspur. Then 18 years later on 13 November 1985, they last faced each other in a World Cup qualifier in which Shilton and Jennings both kept clean sheets for, respectively, England and Northern Ireland. That said, I just know someone’s going to pip me to the post with some sort of Buffon/Zanetti or Giggs/James combination or, worse yet, delve into reserve-team matches.”

No they’re not, Tim. Not until next week, anyway.

You weren’t shy in sending in further examples. Here goes …

“I’m pretty sure that both Micky Gynn and Sean Flynn set up Micky Quinn goals for Coventry in the 1992-93 season,” writes Andy Masters. “So, can the Micky Quinn/Micky Gynn rhyming combination be matched?” We’re not sure about that Andy, but here’s a nice two-syllable combination. “It is worth mentioning that Mike Newell and Paul Jewell played at Wigan together from 1984-86,” recalls Alex Adams. “While they likely did set each other up for goals, as they were strikers, they also had another moment of glorious rhyming serendipity: in the final of the inaugural Freight Rover Trophy on 1 June 1985, Wigan subbed off Mike Newell for Paul Jewell in the 85th minute. Newell had scored the first, and beat Brentford 3-1.”

“Keep an eye on the mighty Dundee this season (as a loyal season-ticket holder at Dens, that’s not something I would usually recommend to people),” writes Stuart McLagan. “We have Danny Mullen and Paul McGowan likely to be scoring reasonably regularly this season (although Mullen is injured at the moment). Our two main wingers who will be providing the crosses? Paul McMullan and Luke McCowan.” Finally, Charlie Connelly takes us back to 1992 for this little ditty: “Sweden knocking England out of the European Championship in 1992 was memorable for many reasons, not least Barry Davies Dolly Partoning ‘Brolin … Brolin … Dahlin … Brolin!’ as the Swedish pair carved through the English defence for the winner.”

Which English league team were first to wear all-blue?

“I have a rather old book of football lists which claims the first league team to adopt all-blue as their first choice kit was Ipswich Town,” writes Dudley Diaper. “This would have been about 1965, I think, and basically means Before Chelsea. Ipswich changed back to white shorts after a season or two. But was it ever true?”

According to historicalkits.co.uk, it was certainly true that Ipswich wore an all-blue kit before Chelsea. Town went all-blue in 1965-66, with Chelsea only adopting the full royal blue strip in 1967. There must have been a good price on all-blue strips in 1965, though, as Gillingham, Cardiff and Shrewsbury all adopted the same look for the start of the season. As for the first league club to adopt all blue, our best efforts have unearthed a few contenders.

If you discount the white trim on Millwall’s navy blue offering of 1893-94, then they would be the earliest. Shaddongate United (who became Carlisle United in 1904) wore all-blue in 1902, though the top was royal blue and the shirts and socks navy. They were not yet a league club at that time, though. But for a single white hoop, Chesterfield (then Town) would have worn all blue as far back as 1884. And a glance at their 1892 kit shows that the team played with a union flag covering the entire front of their shirt for one season, which leads us to wonder: have any other teams played with a kit based on a national flag?

“Manchester United have won three away games by five goals this season, with 5-0 wins at Bolton, Fulham and now Wolves,” wrote David Sargent in March 2012. “Has this ever happened in the English top flight before?”

Yes, but only once – and that was a long time ago. In 1892-93 Tom Watson’s swashbuckling Sunderland side finished top of the league having won away against Aston Villa (6-1), Nottingham Forest (5-0), Accrington (6-0) and Manchester United (5-0). That makes it four away wins with a five-goal margin. United, by the way, finished last in the 16-team league while Watson went on to win a further championship with Sunderland before moving to Liverpool in 1896.

“I got intrigued by the Mitropa Cup mention in your previous column,” begins Paul Savage. “In 1960 it was won by Hungary, despite being a club competition. Any idea why, and have any national sides won club competitions before or since?”

“I’ve listened to a few of my more optimistic (or deluded) fellow Manchester United supporters talk about just how long Cristiano Ronaldo can still play and how he’s definitely going to beat Wayne Rooney’s club scoring record. With him already being Real Madrid’s record scorer, it made me wonder are there are are any players who are the record goalscorer for two or more clubs?” asks Tom Leonard.

“Which surnames have won the most caps for each home nation,” asks Kris Johnson. “My guesses are Charlton for England, Miller for Scotland, Hughes for Wales and Evans for Northern Ireland.” And how about further afield?

“Torns IF, a team at the third level of the Swedish league system, have scored three goals from their own half in the space of 1,239 days,” writes Tim Nielsen. “Have any other clubs managed the same feat in a shorter time?”

Email your questions and answers to [email protected] or tweet @TheKnowledge_GU. 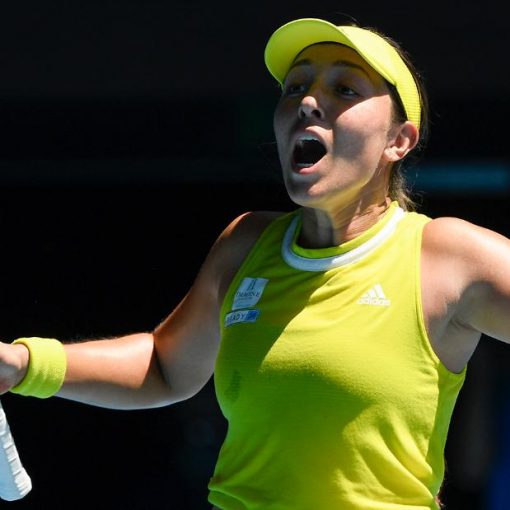 World No. 61 Jessica Pegula stunned No. 5 seed Elina Svitolina at the Australian Open to advance to the quarterfinals on Monday. […]

But after joining from Bayern Munich, Clement said that he hoped to use his experience of working at some of Europe’s biggest […] 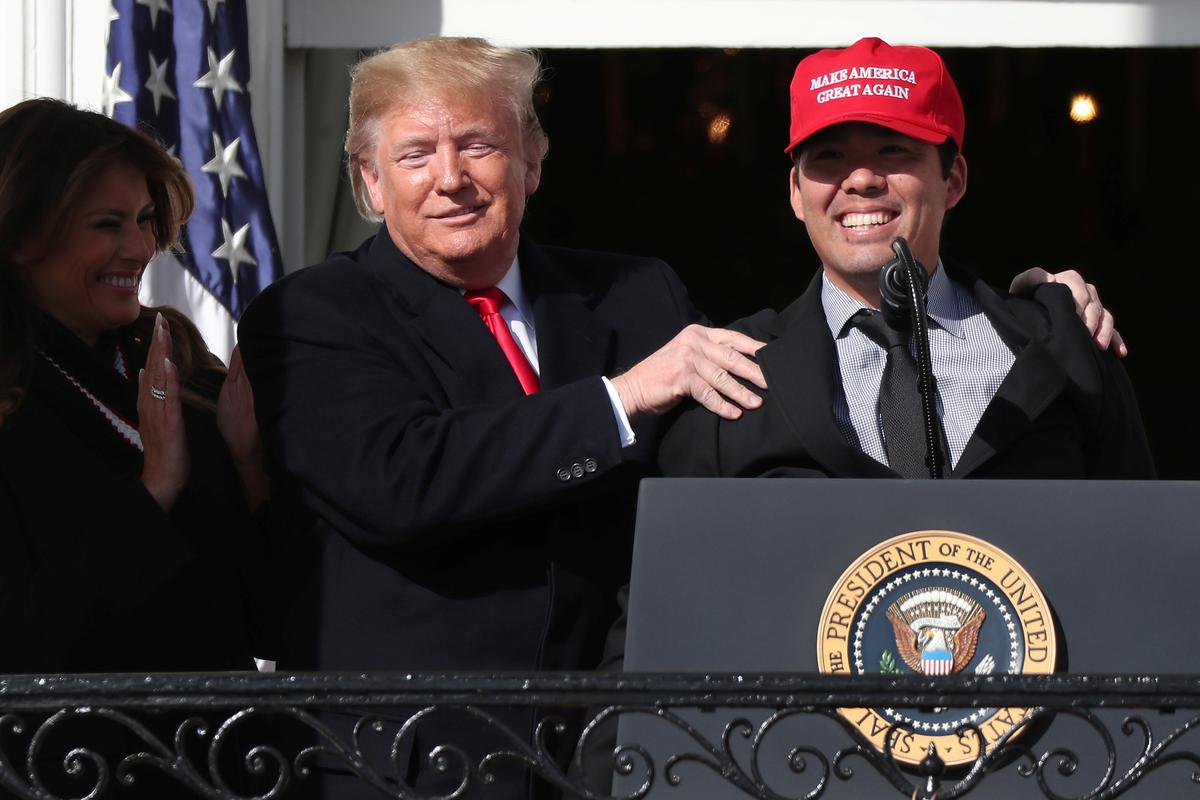