The spread of Delta in Australia has triggered “long overdue discussions on our tolerance for serious illness, and hospital and intensive care unit capacity”, a leading epidemiologist has said, adding that while “patchy” vaccination across cities and regions is an issue, control of the virus should be reached by early 2022.

Prof Catherine Bennett, the chair of epidemiology at Deakin University in Victoria, said while the Doherty Institute modelling that informed Australia’s national plan towards reopening was based on low case numbers, it was “still relevant, even with increases in case numbers” due to Delta.

“All the parameters that act in union to produce downward pressure on transmission potential still apply, whatever the case number,” Bennett wrote in an article published on Wednesday in the peer-reviewed medical journal Public Health Research and Practice.

“But one crucial thing that does change if cases continue to escalate is the effectiveness of test, trace and isolate models.

“As we move into suppression mode with higher rates of the population fully vaccinated, we will no longer need to find every case. This is among the many shifts in approach that will shape our transition by early 2022 to living with – and controlling – the disease.”

She said while it was still unclear what level of testing, contact tracing and isolating of cases might look like under a transition to living with Covid, “… it will have a different emphasis from the 360-degree approach employed to date that includes searching for transmission chains downstream for those exposed and also upstream for a possible source … NSW Health may be paving the way ahead for all states as they shift emphasis under the sheer burden of case numbers.”

The national plan says that once 70% of eligible people are fully vaccinated in Australia, lockdowns will be less likely though still possible. By 80% vaccination coverage, the plan says lockdowns should be highly targeted only, and caps on returning vaccinated Australians should be abolished. But there were already challenges to the plan emerging, with state and territory disagreements around risk tolerance.

“The transition plan’s release should have signalled that it was time, if not way past time, for discussion on Australia’s tolerance for serious illness, and hospital and intensive care unit capacity, and therefore should have agreed limits to guide the detail in the plan as it is rolled out,” Bennett wrote.

“Instead, some leaders have retreated into a protectionist position of zero tolerance. Our confidence in the path out of our current situation, in which more than half of the Australian population is affected by lockdowns, is also not helped by the realisation that we are shifting into our transition from a very un-Covid-zero position.

“Uncontrolled community transmission as we enter spring was not in the plan. The Delta variant has usurped one important decision we thought was in our control – when we would let the virus in.”

Bennett wrote it was the combination of high attack rates and shortened incubation that had made Delta a “game changer”. But it meant states and territories had to move beyond “… those uncomfortable questions about how many Covid-19 deaths we are willing to tolerate, with zero cases Australia wide no longer an option, even for the most risk averse”.

“In the outbreak jurisdictions at least, we are now drawn into the more compelling global experiment to find a workable, ethical and economically sustainable approach to controlling disease incidence and hospitalisations,” she wrote.

Bennett wrote that Australia was on track to live with the virus, but control the disease, from the first quarter of 2022. Masks indoors would be the last precaution to go, and large gatherings the last banned activity to return, she wrote.

“We no longer need to find out the hard way if our public health response and vaccination rates under the plan will cope when the levee gates open and the virus arrives,” she wrote.

“Instead, we are testing our seaworthiness as we go. There is some reassurance in that, both for those who are impatient for change and concerned we might be too slow to launch, and for those who are anxious at the idea of a sudden opening.”

In an editorial published in the same journal, Don Nutbeam, a professor of public health at the University of Sydney, wrote New South Wales had been “widely acknowledged to have managed the pandemic successfully” until Delta, which had thrown the state’s approach “completely off balance by a metaphorical punch in the mouth”.

“In 1997 Mike Tyson fought Evander Holyfield for the world heavyweight boxing championship,” Nutbeam wrote. “When Tyson was asked by a reporter whether he was worried about Holyfield and his fight plan, he answered: ‘Everyone has a plan until they get punched in the mouth.’

“The speed of transmission of the Delta variant overran the established approaches to testing, tracing, restrictions in movement, isolation and quarantine that worked previously … our public health response also has to be one of continuous adaptation to a ferocious and unpredictable foe.”

A lone woman, wearing a protective face mask, walks across an unusually quiet city centre bridge as the state of Victoria looks […]

As a hot war between the U.S. and North Korea over its nuclear weapons aspirations appeared to inch closer to reality than […] 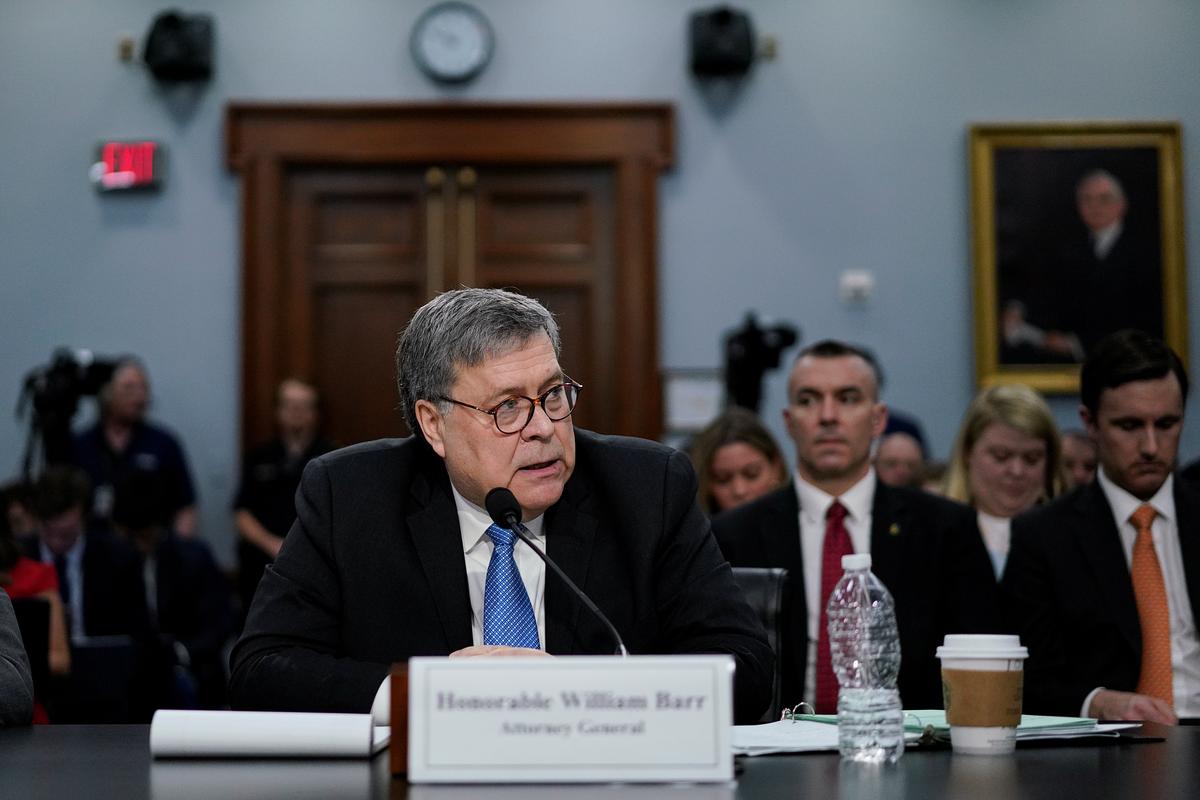 WASHINGTON (Reuters) – U.S. Attorney General William Barr told lawmakers on Tuesday that he intends to release within a week the long-awaited […]