Joe Biden has announced the wholesale review and declassification of files from the investigation into the 9/11 attack, in response to intense pressure from Congress and victims’ families currently suing Saudi Arabia.

“As the 20th anniversary of 9/11 approaches, the American people deserve to have a fuller picture of what their government knows about those attacks,” an executive order issued on Friday said.

It said the full record would be disclosed in tranches over the coming six months “except when the strongest possible reasons counsel otherwise”.

The order said that while the “indiscriminate” release of information could jeopardise national security and the ability to prevent future attacks, a better balance had to be struck between transparency and accountability.

It said “information should not remain classified when the public interest in disclosure outweighs any damage to the national security”.

Victims’ families have long demanded the US release the findings of Operation Encore, a FBI investigation into possible Saudi complicity, particularly contacts between Saudi officials and two 9/11 hijackers who lived in California in the months before the attacks.

Riyadh has denied any involvement in the hijacking and is fighting a lawsuit brought by the families in federal court in New York.

The executive order comes a month after legislation was introduced with bipartisan support in Congress demanding greater transparency in the investigation.

“I’m very excited,” said Terry Strada, whose husband Tom died in the attack on the World Trade Center, and who is co-chair of a families and survivors group, 9/11 Community United.

“I’m thrilled that we have an executive order now that will mandate a full declassification review of all of the documents.”

Strada added: “The onus is now on the intelligence agencies to explain why they’re going to classify a document. The way that they’ve been doing it until now is under cover of darkness. They won’t be able to do that any longer.”

Under the executive order, an FBI electronic communication dated 4 April 2016 would have to be released by 11 September. The families’ lawyers believe that to be a 16-page summary of the Operation Encore findings.

The existence of that document was admitted by the US during the discovery process in the New York case, but its contents were not disclosed.

Within two months of the order, the FBI and other agencies will have to release “all other records that previously were withheld as classified, in full or in part, during discovery”, as well as another FBI electronic communication closing Operation Encore.

Within four months, the government will declassify “all interview reports, analytical documents, documents reporting investigative findings, or other substantive records (including phone records and banking records, if any)” from the FBI’s original investigation into the attacks (known as Penttbom), where there is any relevance to Operation Encore.

Within six months, the government must release anything relevant from any other investigation which concerns the hijackers and any “relationship with a foreign government”.

It will be up to the attorney general or the heads of the FBI or other agencies to prove that the release of any information “reasonably could be expected to result in damage to the national security”.

“The significant events in question occurred two decades ago or longer, and they concern a tragic moment that continues to resonate in American history and in the lives of so many Americans,” the executive order states.

“It is therefore critical to ensure that the United States government maximizes transparency, relying on classification only when narrowly tailored and necessary.”

The declassification is unlikely to resolve all the unanswered questions surrounding the 9/11 plot.

The executive order comes only a day after a complaint by the families to the justice department inspector general, over the FBI’s claim to have lost critical evidence, allegedly including photos and videotape of hijackers with Saudi officials, records of witness interviews and phone records of conversations among the plotters.

Brett Eagleson, whose father, Bruce, was killed in the attacks, said the families would be watching to see that the declassification is comprehensive.

“President Biden is asking us to trust that the administration will bring justice to the 9/11 community and we certainly hope this is a genuine step forward,” Eagleson said in a written statement.

“We will closely watch this process to ensure the justice department and FBI follow through, act in good faith and help our families uncover the truth in our pursuit of justice against the Saudi government. The first test will be on 9/11, and the world will be watching.” 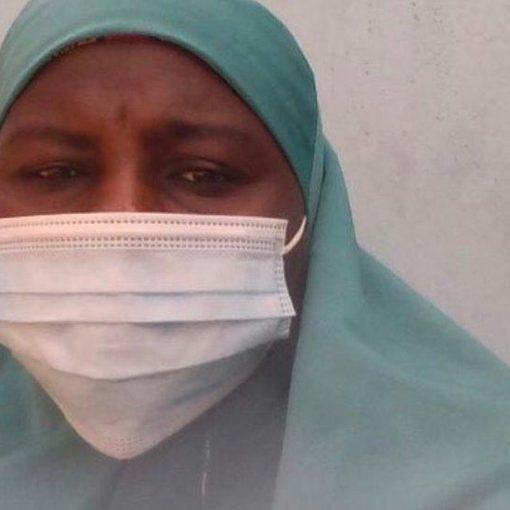 Sahra Wagenknecht, who has been praised as a leading member of the country’s next generation of politicians, has used a key speech […]

Speaking to ABC News’ George Stephanopoulos, the US President also said he does not believe the Taliban has changed since they were […]