On the train home from work on 16 January 2020, Thijs Kuiken made a troubling discovery. A veterinary pathologist at Erasmus University Medical Center in the Netherlands, Kuiken was reading a manuscript The Lancet had asked him that morning to review within 48 hours.

The paper, by researchers at the University of Hong Kong, described a family from Shenzhen, China, just across the border from Hong Kong, that had been struck by the new coronavirus, then provisionally named 2019-nCoV, after a trip to Wuhan, some 1000 kilometers to the north. Of six travelers, five had become infected. None had visited the infamous Huanan Seafood Wholesale Market there, which many known early cases had links to. After their return, a seventh family member who had not visited Wuhan became infected as well.

The researchers’ conclusion was clear: The new virus, now known as SARS-CoV-2, was transmissible between humans. And they reported two more disturbing findings: Two infected family members had no symptoms, suggesting the new disease could spread surreptitiously, and one did not have respiratory symptoms, the most common feature of the new disease, but diarrhea, which meant doctors might be overlooking cases. “It really scared me,” Kuiken says.

It also saddled him with a dilemma. Many already suspected 2019-nCoV was spread between people; 2 days earlier, the World Health Organization (WHO) had stated “there may have been limited human-to-human transmission of the coronavirus.” But the Chinese government, slow with details about the burgeoning crisis, had not provided confirmation. That Thursday evening, the evidence was in front of Kuiken’s eyes, and he felt the world needed to know.

But disclosing it could cost Kuiken his scientific reputation, he says. Journal reviewers are not allowed to share unpublished manuscripts under any circumstances.

Kuiken’s dilemma was first reported in Spike: The Virus v The People—The Inside Story, a book by Jeremy Farrar, head of the Wellcome Trust, co-authored by Anjana Ahuja and published in late July. Additional reporting by Science provides more detail about a little-known episode in the confusing early phase of the pandemic that pitted journals’ traditional publication rules against public health.

Farrar tells Science the case played an important role in the Wellcome Trust’s initiative to ensure that COVID-19 findings were shared more rapidly. Many journals and research organizations, including The Lancet and the Chinese Center for Disease Control and Prevention, have signed a statement published by Wellcome in January 2020 that promised, among other things, to make newly submitted manuscripts available to WHO immediately.

Kuiken had learned how crucial a few days can be during the outbreak of a dangerous, fast-moving pathogen back in 2003, when he was part of a team at Erasmus and other institutes that, in 2003, identified the new coronavirus responsible for severe acute respiratory syndrome (SARS). Confronted with the troubling data about another new coronavirus, Kuiken says he telephoned an editor at The Lancet and was told the authors were free to disclose their results. (In response to questions from Science, The Lancet wrote that “our authors are encouraged to share unpublished papers that have been submitted to The Lancet journals directly with relevant medical and public health bodies, and funders, as well as via preprint servers.”) So Kuiken decided to include an unusual request to the authors in his review, which he sent to the journal on Friday morning, asking them to make their data public “immediately.” The editors at The Lancet supported his call, he says.

An editor told him the researchers replied to the journal the next day, saying they would like to disclose their findings but could not do so without permission from the Chinese government. China’s Law on Control and Prevention of Communicable Diseases stipulates that only the State Council or authorized city or provincial health authorities can publish information about outbreaks of communicable diseases. The lead researcher, surgeon and microbiologist Yuen Kwok-Yung, had been invited to discuss the findings with Chinese authorities, Kuiken was told.

On Saturday afternoon, Kuiken emailed Farrar to ask him for advice. The two had recently worked together, and 1 week earlier Farrar had expressed his concern that journals might be withholding important unpublished coronavirus data from WHO. Farrar came up with three options, Kuiken says: “We could wait until Monday” for the authors to take action. “Option two was to reveal the information ourselves. Option three, which I hadn’t thought of, was to pass the information on directly to WHO.”

Kuiken chose option three. On Saturday evening, Farrar put him into contact with Maria van Kerkhove, technical lead of WHO’s Health Emergencies Programme. She emailed Kuiken that she was interested in the findings, and Kuiken promised to send the manuscript the following morning if it still hadn’t been made public. He informed his boss, Erasmus virologist Marion Koopmans, of his intention—she agreed—and emailed the Lancet editor, who said the authors were still in discussion with the Chinese government and Yuen was on his way to Wuhan.

But early on Sunday morning, Kuiken woke up with a knot in his stomach. “I imagined that one of the figures representing the results would just be put online without the authors’ permission,” he says. “That just felt too disrespectful.” Instead, he quickly wrote a detailed summary of the article, which he sent to van Kerkhove at 7:58 a.m.

On Monday, China made it official: Veteran pulmonologist Zhong Nanshan, who headed an expert group on the new disease, announced that two cases in Guangdong province—the first two patients described in the Lancet manuscript, as it later turned out—confirmed that the new disease could spread between humans. The announcement came as a huge relief for Kuiken.

Whether his decision to contact WHO sped up China’s announcement is not entirely clear. Van Kerkhove declined to say whether she or anyone else told Chinese officials or researchers about Kuiken’s information that weekend. She stresses that WHO had been warning about the potential for human-to-human spread for several days. Yet van Kerkhove says the paper “was a critical piece of information that was included in our discussions about our guidance to member states and actions required by the organization” and that she “was grateful to the reviewer who shared this with me in confidence and for his willingness to reach out to me.”

Yuen, who led the Hong Kong research group, says he met with an expert team of the national government in Wuhan and Beijing from 18 to 20 January 2020, where he discussed his results along with other evidence of human-to-human transmission. As to Kuiken’s decision, “I do not think this was too relevant as we found that the mainland Chinese health authorities were highly receptive to our report and took immediate actions to enhance public health control measures,” Yuen wrote in an email. That included “publicly disclosing human-to-human transmission on January 20, 2020 and the shutdown of Wuhan on January 23, 2020.”

Yuen’s paper was published online by The Lancet on Friday, 24 January 2020. One week later, the Wellcome Trust published its statement on sharing COVID-19 research findings rapidly. The text echoed a similar statement issued during the Zika outbreak in 2016, but the pledge to share journal papers on submission was new. “We felt it was critical to set that [standard] for this situation,” Farrar says.

Kuiken soon forgot about the episode and did not suffer any consequences for his actions. He says he didn’t realize how intense the moment had been until Ahuja, Farrar’s co-author, interviewed him for the book about 1 year later. “When she asked me about the moment I decided to break the scientific rules, I suddenly felt tears welling up, and my story came to a halt,” Kuiken says. “That took me by surprise.”

He hopes his quandary will be discussed within the scientific community. “The [Wellcome] statement is great, but there are no clear guidelines or agreements about how reviewers of scientific manuscripts should deal with such crucial information during public health emergencies,” Kuiken says. “I’ve done it outside the rules. It should be possible within.” 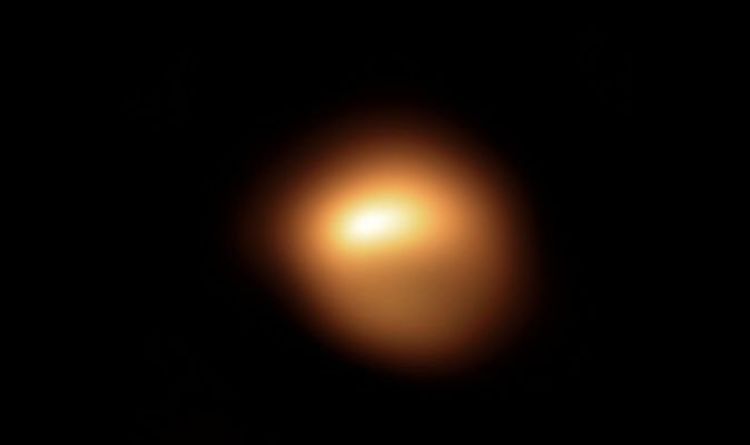 Betelgeuse has piqued interest in the astronomy community as experts noticed that it was dimming relatively quickly over the past few months. […] 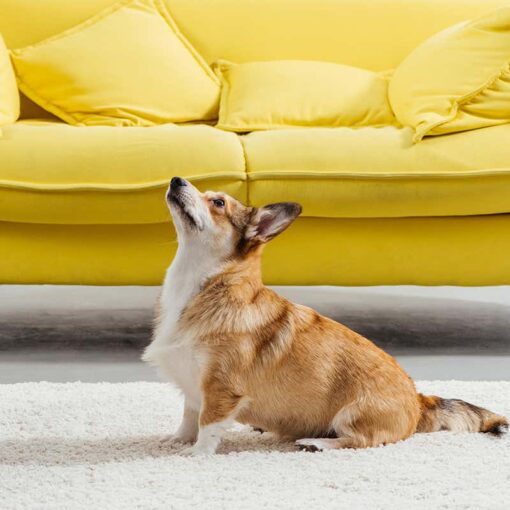 By Chris Stokel-Walker A well-trained Pembroke Welsh corgiLightField Studios Inc./Alamy Artificial intelligence could train your dog while you are out at work. […] 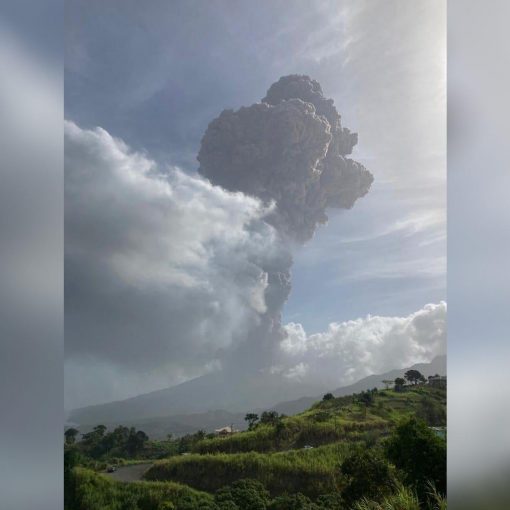 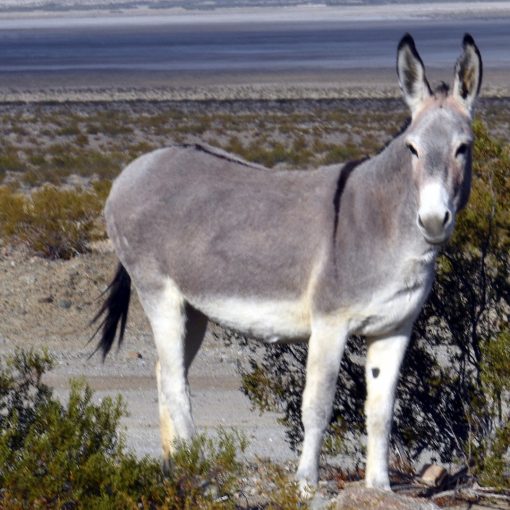