A Texas law banning most abortions after about six weeks of pregnancy went into effect on Wednesday, despite the 1973 Supreme Court decision that established a constitutional right to the procedure, making the state the most restrictive in the nation in terms of access to abortion services.

Other states have passed similar laws, but those measures face legal challenges. The Texas law is the first to be implemented, after the Supreme Court did not act on a request to block it. (The justices may yet do so.)

Because of the way the law was written, however, it may be difficult to challenge in court, representing a sea change in the battle over abortion rights and inviting imitation by other jurisdictions seeking to tamp down access to abortion.

“These laws are unconstitutional, as we have understood Supreme Court rulings until now, and courts have quickly issued preliminary injunctions blocking enforcement,” said Elizabeth Nash, state policy analyst for the Guttmacher Institute, a research organization that supports abortion rights.

“This is the first one that has gone into effect,” she added. “This is huge in that respect.”

Here are answers to a few common questions about the new legislation.

Is the law a complete ban on abortions?

The law bars abortions once cardiac activity can be detected in the embryo. This typically occurs around the sixth week of pregnancy.

That is very early in a pregnancy, and many women do not know they are pregnant at that point. By the time a pregnant woman misses her period, she is four weeks pregnant, as doctors usually define it.

Under the Texas law, then, a woman would have about two weeks to recognize her condition, confirm the pregnancy with a test, make a decision about how to manage the pregnancy and obtain an abortion.

Many women may not track their periods carefully, may have irregular cycles, or may not know the exact date of the start of their last period, experts noted.

“It is extremely possible and very common for people to get to the six-week mark and not know they are pregnant,” said Dr. Jennifer Villavicencio, lead for equity transformation at the American College of Obstetricians and Gynecologists.

The cardiac activity detected on ultrasound is not a true heartbeat, Dr. Villavicencio added. It results from electrical activity, but the valves of the heart have not yet formed. And the sound does not indicate the pregnancy is viable, she said.

“Forcing them to find out about a pregnancy and make a decision about how to manage it in a short period of time is antithetical to ethical care,” Dr. Villavicencio said.

Does the law make exceptions for pregnancies resulting from rape or incest, or to protect the life of the mother?

The law does not make exceptions for rape or incest. It does permit abortions for health reasons, but the exceptions are narrowly drawn, allowing a termination only if the pregnancy could endanger the mother’s life or lead to “substantial and irreversible impairment of a major bodily function,” Ms. Nash noted.

“These are very narrow exceptions,” she said, and the language does not cover every instance in which a woman’s health might be at risk. Nonetheless, she added, “Health providers will be very conservative about interpreting the law, because they don’t want to cross a line.”

Doesn’t Roe v. Wade guarantee a woman’s right to abortion? Can the Texas law be challenged on constitutional grounds?

The Texas law bars state officials from actually enforcing it, a design intended to make it difficult to challenge in the courts.

Usually a lawsuit aiming to block such a law as unconstitutional names state officials as defendants. Instead, the Texas law deputizes private citizens to sue anyone who performs an abortion or “aids and abets” a procedure. Plaintiffs who have no connection to the patient or the clinic may sue and recover legal fees, as well as $10,000 if they win.

Citizens, not the state, will enforce the law. The law effectively deputizes ordinary citizens — including those from outside Texas — allowing them to sue clinics and others who violate the law. It awards them at least $10,000 per illegal abortion if they are successful.

The Supreme Court’s silence. The law restricting abortions in Texas went into effect on Wednesday after the Supreme Court did not act on a request to block it, prompting clinics in the state to turn away women seeking the procedure.

As a result, the question for the Supreme Court is not whether the law is constitutional, but whether it can be challenged in court.

Does Texas now have the most restrictive abortion law in the nation?

Other states — including Georgia, Mississippi, Kentucky and Ohio — have also passed “heartbeat” laws that ban abortion once cardiac activity can be detected on an ultrasound scan.

Those laws would also ban abortions at about six weeks of pregnancy, 18 weeks earlier than the legal standard set by Roe v. Wade, which allows abortion up until about 24 weeks, roughly the point when a fetus can survive outside the womb. But those state laws have been held up by legal challenges and have not been implemented.

Abortion providers in Texas estimate that 85 percent of patients seeking abortion are at least six weeks pregnant and would be denied care under the new state law.

Who will be most affected by the Texas law?

There are seven million women of childbearing age in Texas, and the law will make it more difficult for all of them to obtain abortions in the state, as legislators intended.

But the measure will create nearly insurmountable obstacles for certain vulnerable populations, abortion providers said. Among them: teenagers, who often don’t realize they are pregnant until later in a pregnancy; low-income people, who need to find about $550 to cover the cost of the procedure; and people of color, including undocumented immigrants.

About 70 percent of abortions in Texas in 2019 were provided to women of color, according to the Guttmacher Institute.

Texas requires minors to obtain permission from a parent or guardian to gain access to abortion care. Some minors must go to court to do so, adding to the delays, said Rosann Mariappuram, executive director of Jane’s Due Process in Austin, Texas, which helps teenagers get abortions.

Undocumented women cannot travel easily around the state to get access to care, she added, and women with chronic illnesses can find a pregnancy life-threatening. 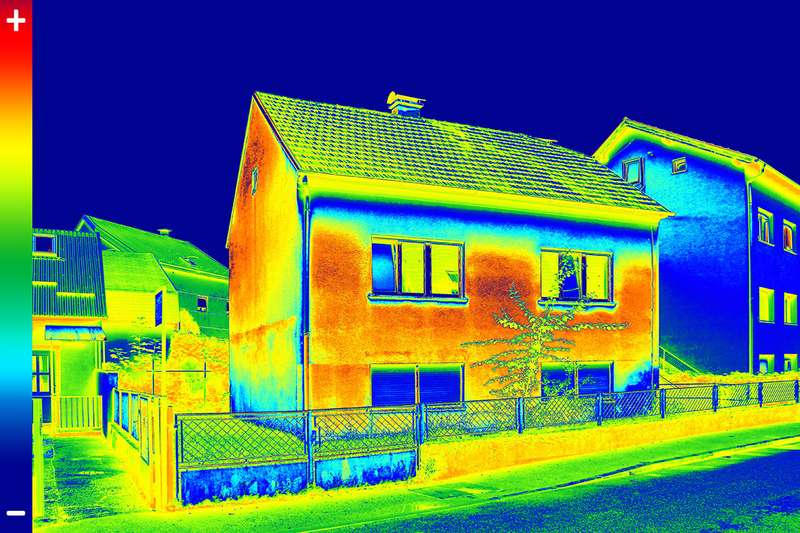 Household heating systems are huge sources of carbon emissions, but many countries are showing how existing technologies can fix the problem Thermal […] 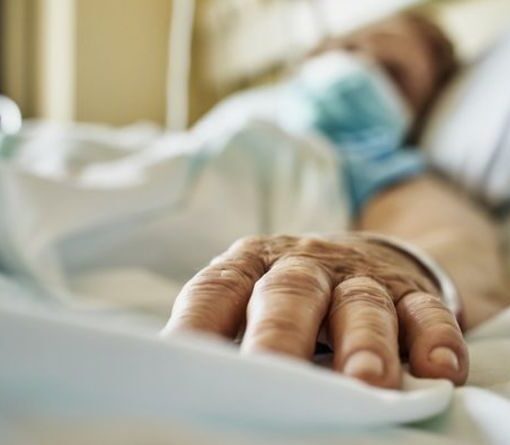 The gene is the reportedly the fourth most important factor determining how serious a person’s infection is. Age, weight and gender are […] 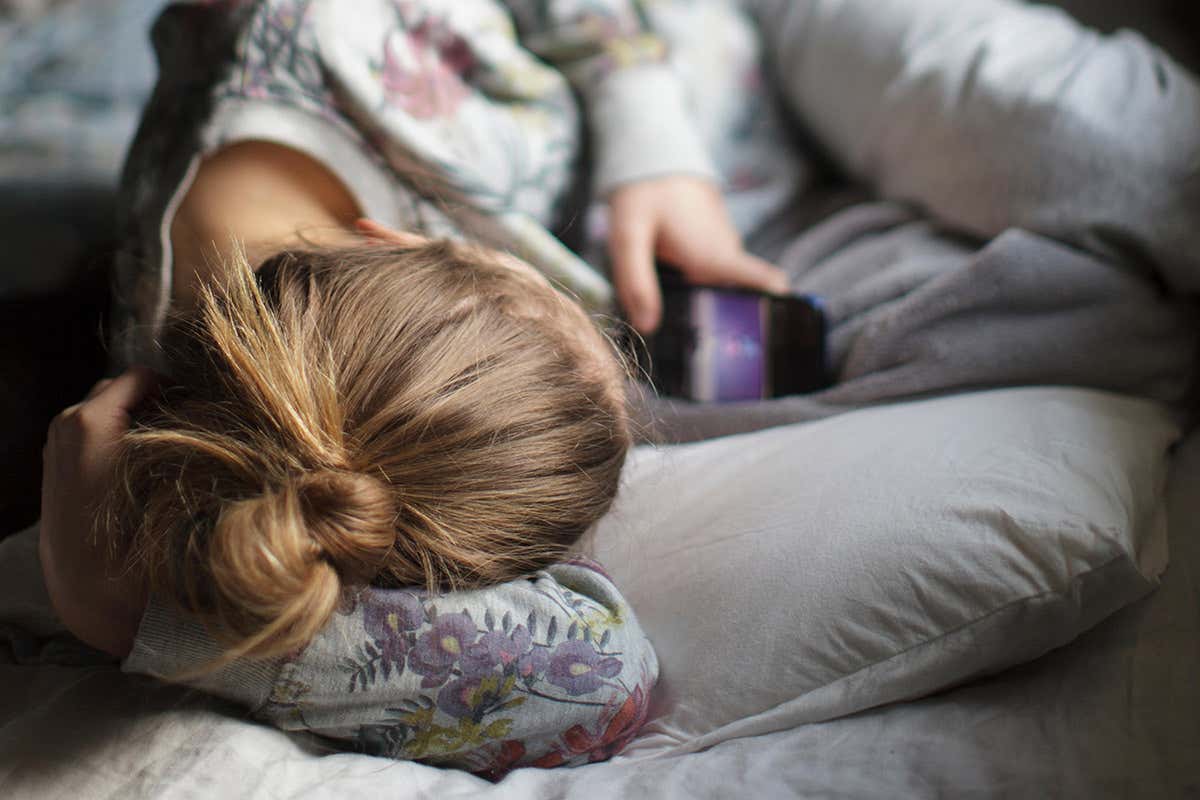 By Clare Wilson Can’t put it down?Johner Images/Alamy Stock Photo Know any teenagers? Chances are they will have a phone on them […]