Jury selection begins today in the federal criminal case against Elizabeth Holmes, the founder of the blood-testing tech start-up Theranos. Indicted in 2018, she faces a dozen counts of fraud and conspiracy to commit wire fraud for making false claims about Theranos’s blood tests and business prospects. She has pleaded not guilty. If convicted, Holmes, 37, faces up to 20 years in prison.

Opening arguments in the trial, which is expected to last three to four months, begin next week. At the heart of the proceedings, The Times’s Erin Griffith and Erin Woo write, is whether Holmes intentionally misled investors about her company’s technology or believed her own lies and was manipulated by others.

Court filings recently unsealed provided a preview of what Holmes’s lawyers may say, and whom they could present in her defense.

Holmes may point the finger at others, judging from a request her lawyers made last year that was just made public. She will be tried alone, but is not the only one accused of fraud. Ramesh “Sunny” Balwani, her former boyfriend and the former president and C.O.O. of Theranos, also faces charges. (His trial will begin early next year; he also pleaded not guilty.)

Holmes told the court she could introduce an expert to discuss “a mental condition bearing on guilt,” namely that her relationship with Balwani had a “pattern of abuse and coercive control.” Balwani’s lawyers denied the accusation in a filing.

The tech industry’s “fake it till you make it” culture is also on trial. Holmes was 19 when she started Theranos in 2003. After dropping out of Stanford, she raised $700 million from investors and became the world’s youngest billionaire, as Theranos soared to $9 billion in value.

Holmes carefully cultivated her image, delivering eye-catching promises about Theranos’s revolutionary technology with an unusually deep voice, an intense stare and a uniform of black turtlenecks meant to evoke Steve Jobs. In her heyday, she presented herself as the ultimate ambitious, self-assured entrepreneur out to change the world, a common archetype in the tech industry, which has helped propel start-ups to riches and power. (Her high profile may pose a challenge for jury selection, which is expected to extend into tomorrow, or possibly longer.)

A refresher on who’s who in the rise and fall of Theranos. In addition to Holmes and Balwani, some of the other key figures in the saga include:

America ends its 20-year military occupation of Afghanistan. The last U.S. forces flew out late yesterday, beginning what Secretary of State Antony Blinken called “a new chapter” of engagement. The political implications for President Biden at home are now the subject of scrutiny, as he tries to get infrastructure and other spending plans passed.

The F.T.C. cracks down on gas station mergers to lower prices at the pump. A letter from the commission’s chair, Lina Khan, argued for a change in approach to merger reviews in the industry, which she said enabled consolidation that led to “price coordination and other collusive practices.”

China tightens restrictions on video games. For young people, no online gaming is allowed on school days, and it’s limited to an hour a day on weekend and holiday evenings, under new government rules responding to parents’ complaints that prior limits weren’t tough enough.

Starbucks faces one of the most serious efforts to unionize its workers in its history. Workers at three locations in the Buffalo region filed petitions to hold union votes, which could happen in a few weeks. The effort, which challenges Starbucks’ progressive image, follows a similar drive at an Amazon warehouse in Alabama and a strike by workers at food plants in five states.

AT&T is unveiling a new climate initiative today that it claims will provide companies with tangible ways to use 5G and other technologies to drive down carbon emissions.

The telecom giant will join forces with Microsoft, Equinix, Duke Energy and others to create the Connected Climate Initiative. AT&T says it and its partners plan to develop and deploy tech products that companies in the energy, transport and manufacturing industries — which include many of the worst culprits for emissions — can use to reduce their carbon footprint. AT&T has set a target for the group to help businesses collectively eliminate a gigaton of greenhouse gas emissions by 2035. (A gigaton is a billion metric tons, or about 15 percent of the total greenhouse gases emitted each year in the U.S.)

AT&T’s initiative addresses rising concerns that 5G is bad for the environment. 5G requires more transmission towers than previous wireless technologies, which critics say will cause more environmental harm. Also, faster wireless data speeds will lead to even more energy-sapping data usage. Supporters, though, say 5G is more energy efficient at transferring data, and will enable new tracking technologies so companies and individuals can monitor and curtail their use of energy.

But talk is cheap. Michael Brune, the executive director of the Sierra Club, the environmental organization, told DealBook that “setting goals is important, but it’s the results that we need to see more than anything else.” A major scientific report from the U.N. recently concluded that a hotter future is now unavoidable, but there is a chance to slow further warming with a rapid shift away from fossil fuels and a drastic cut to emissions. AT&T said it will be tracking how it measures up to its gigaton target and will publish quantitative progress reports.

Do businesses need new technologies to shrink their carbon footprints? While AT&T’s initiative rests on companies implementing 5G, along with artificial intelligence and other future technologies, Brune said that he believes companies already have enough tools to halt fossil fuel usage. “We shouldn’t use fears about technological availability to slow us down,” he said, though “we should look forward to continuing innovation to make this easier and more equitable.”

“They get the data, they get the first look, they get to match off buyers and sellers out of that order flow. That may not be the most efficient markets for the 2020s.”

—Gary Gensler, the S.E.C. chair, on payment for order flow, a contentious practice on Wall Street. Gensler’s comment that a ban was “on the table,” made in an interview with Barron’s, caused shares of Robinhood, which relies heavily on those payments, to fall 7 percent yesterday.

Private equity firms are snapping up companies in Britain at their fastest pace in years, engaging in bidding wars for companies like Morrisons, the country’s fourth-largest supermarket chain, The Times’s Eshe Nelson reports.

So far this year, private equity firms have bid a collective $63.5 billion to acquire British companies, according to Dealogic. That’s more than what they offered for British buyouts, at this stage in the year, in the previous 10 years combined.

Blackstone, KKR and other large U.S. private equity firms are bulking up their London offices, drawn across the Atlantic by relatively low prices for buyout targets:

The takeover battle over Morrisons, which traces its roots to the late 1800s, is a sign of the times. Two private equity firms, Fortress and Clayton, Dubilier & Rice, have traded bids for the retailer. At the same time, British politicians and some investors have tried to block the deal, arguing that buyout firms are bad owners. (Buyout interest in the defense industry has also raised concerns about national security.)

Morrisons seems poised to accept Clayton Dubiliers’s nearly $10 billion offer. That is driving up the value of other potential private-equity targets, which reportedly could include Sainsbury’s, Morrisons’ retail rival. It is also stoking a debate among lawmakers about whether Britain’s buyout boom is a good thing.

Best of the rest

We’d like your feedback! Please email thoughts and suggestions to [email protected] 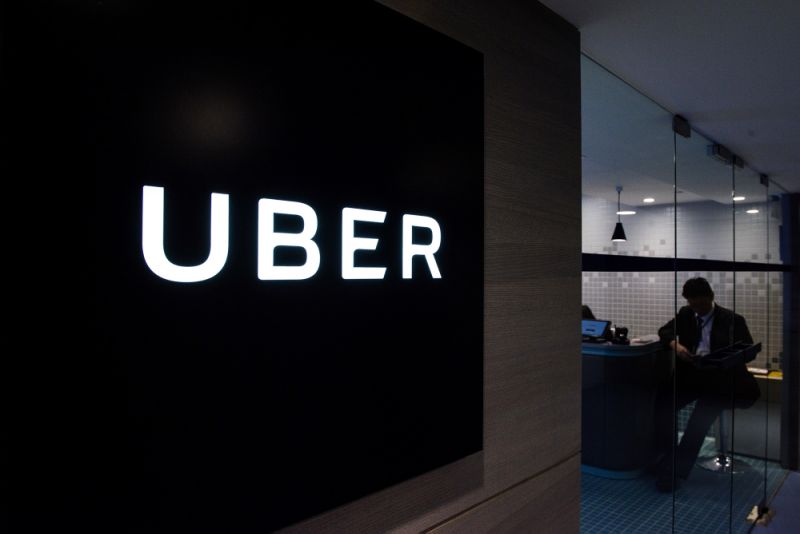 Billing the business, not the patient More Uber is driving deeper into health care by offering to take patients in every U.S. […] 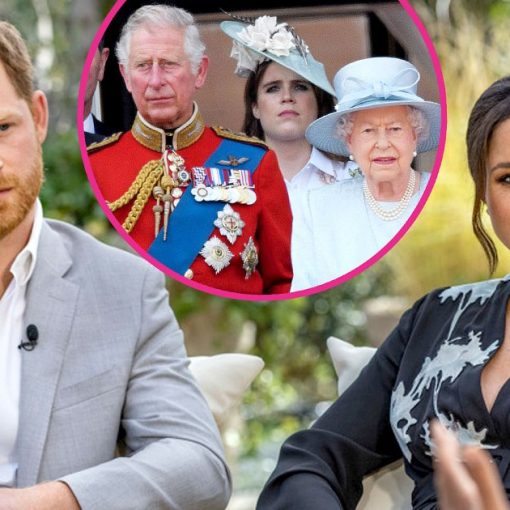 Speaking out. Buckingham Palace issued a response on Queen Elizabeth II’s behalf to the allegations Prince Harry and Meghan Markle made about […]