The Center for Disease Control urged 80 million unvaccinated Americans to stay home for the Labor Day weekend as new COVID-19 cases reach about 160,000 per day.

‘First and foremost, if you are unvaccinated, we would recommend not traveling,’ CDC Director Dr. Rochelle Walensky said at a White House COVID-19 Response Team Briefing on Tuesday.

To date, 61.8 percent of eligible Americans received at least one dose of the vaccine and 52.4 percent are fully vaccinated, according to the CDC. Around 80 million eligible Americans, which does not include under 12s, have chosen not to get the shot.

But with school starting and the highly contagious ‘Delta’ variant still a threat – particularly in states like Florida, Mississippi and Washington – health professionals want Americans to be cautious over the three-day weekend.

With that said, a ValuePenguin survey of U.S. consumers said on September 1 that one in five Americas – 51 million – are traveling for Labor Day.

And Florida – which is among the hardest hit state by COVID-19 and has less than 10 percent of its hospital beds available – is the top destination, according to the survey.

Sophia Mendel, a travel writer at ValuePenguin, said she believes the state’s lax Covid rules are among the reasons it is the most popular U.S. Labor Day vacation spot.

‘A state with lax Covid restrictions is a bonus for those who want to make sure their travel plans don’t get canceled, even at the risk of possibly contracting and spreading COVID-19,’ Mendel said.

After Florida, New York and California are the top destinations. Both states have stricter vaccine and mask mandates. 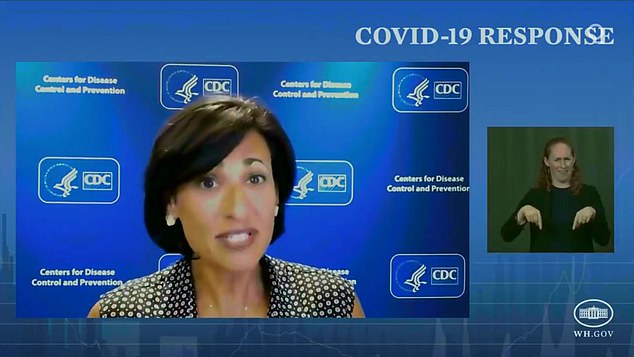 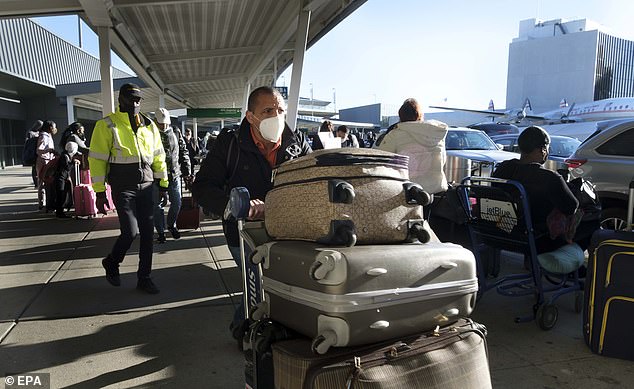 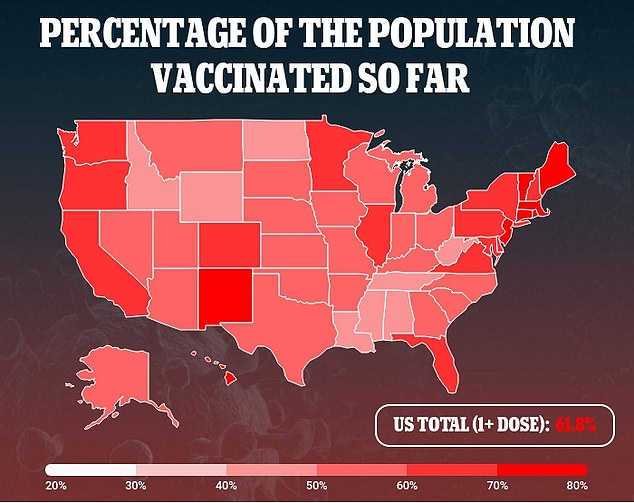 ‘Given where we are with disease transmission right now, we would say that people need to take their own these risks into their own consideration as they think about traveling,’ Walensky said.

That includes those who are vaccinated, she said during Tuesday’s briefing.

Regardless of vaccination status, masks are required on all planes, buses and rail lines after President Joe Biden extended extended the requirement through January 18, 2022.

The American Automobile Association (AAA) said this Labor Day is a tricky holiday to predict.

AAA typically creates a travel forecast during peak travel times – such as Memorial Day weekend, Thanksgiving and the holiday season and Labor Day.

But it hasn’t this year because the holiday has ‘changed’ over the last few years, ‘especially with so many schools starting earlier now,’ a AAA spokesperson told Fox News.

The AAA spokesperson said to follow CDC guidelines and check the impact Covid is having on the destination.

Reactions to the CDC’s travel warning have been a mixed bag of agreement, defiance and snippy quips.

Dr. Robert Malone, who invented mRNA technology that’s used in the COVID-19 vaccine, tweeted a story about the CDC’s Labor Day travel guidance and sarcastically said, ‘No travel for you, bad little children.’

That line of reasoning is why Twitter user ‘Gera’ said he’s going to stay home, even though he’s vaccinated.

‘I’m vaxxed, and I’m just gonna stay home since the unvaxxed will travel. Safer that way for sure,’ he tweeted.

With about 23 percent of people saying they’re flying to their Labor Day destination, according to ValuePenguin’s survey, ‘Bev’ Tweeted, ‘I guess CDC is going to make airlines refund all those tickets that they sold to unvaccinated people?’ 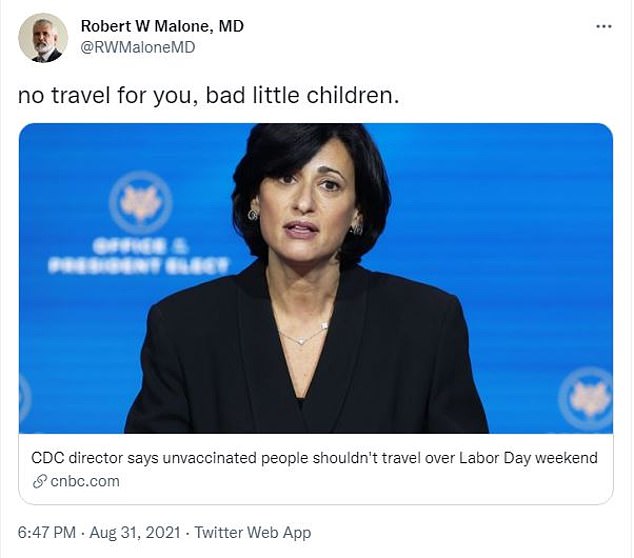 Yet that was significantly lower than in previous years, with 2.7million generally traveling over the holiday weekend in 2019.

This year looks like the figure could be even lower after the TSA said it screened 1.345 million airline passengers on Tuesday – the lowest daily number since May 11 amid the spike in U.S. COVID-19 cases.

TSA said Tuesday’s figure was down about 33 percent over the same day in 2019 when 2.04 million traveled. Earlier this month, Southwest Airlines Co warned that the spread of the Delta variant of COVID-19 had hit bookings and increased cancellations. 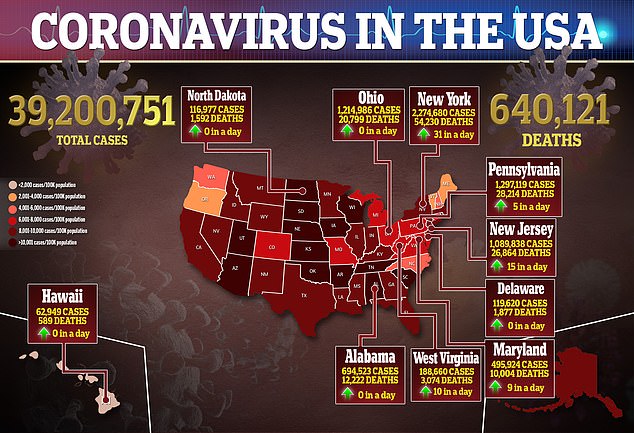 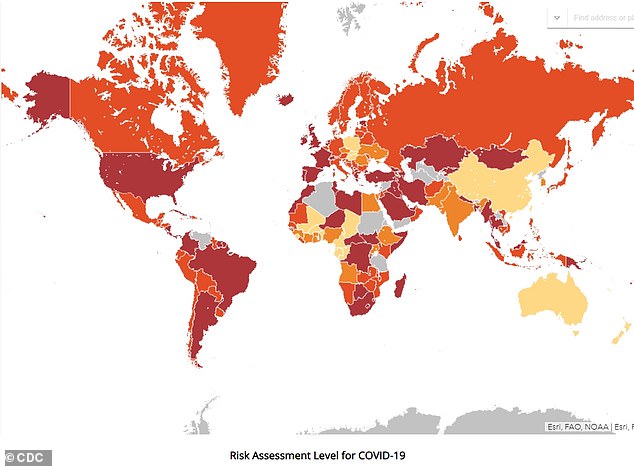 The nation’s rolling seven-day average of new Covid cases ranges from about 130,000 – which is the figure Walensky gave during Tuesday’s briefing – to 160,000.

The CDC website puts the figure at around 150,000 new cases, and Johns Hopkins University data puts the number of new cases at around 160,000, both of which are upticks compared to last week.

The number varies based on how recent the tracking info is, but either number compared to early August suggests the number of cases are beginning to plateau.

The sharp decline in case rise could be a blip on the radar, a brief respite before a larger spike to come, or it could be the beginning of the end of 2021’s summer surge. 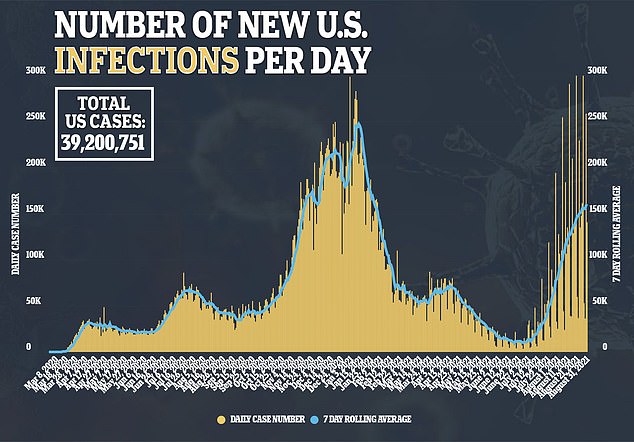 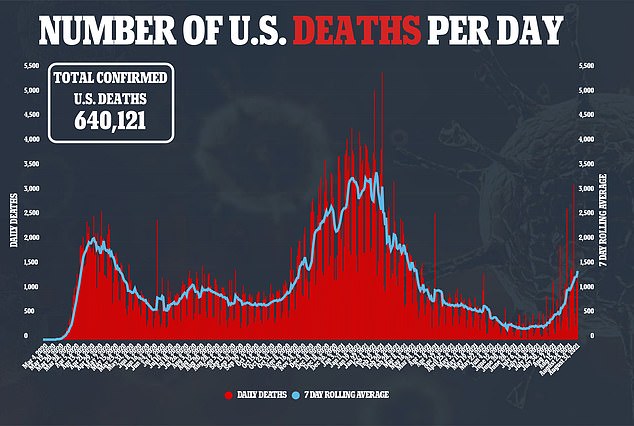 In India, where the ‘Delta’ variant was formed, cases began to spike at the end of March.

By the end of May – two months after the surge reached its summit – cases dropped back to 175,000 per day and continued to rapidly decline from there.

England first felt the effects of its Delta variant outbreak in early June, where the country was recording 2,600 cases a day.

At its peak in mid-July, the island’s outbreak grew to over 40,000 new cases every day and then sharply dropped to about 20,000 new cases by mid-August.

Previous surges in America, like last year’s summer and winter waves, also made a sharp decline after around two months.

The Mu variant is the latest variant on the World Health Organization’s COVID-19 variant watchlist.

The World Health Organization is warning of a newly named COVID-19 variant that could potentially have resistance to the vaccines.

The Mu variant— which also has the scientific name B.1.621 — was first detected in Colombia in January, and has been announced just as the Delta variant finally appears to be peaking in the U.S.

Over 4,600 cases have been spotted since then, and it has spread to more than 40 countries.

Almost 2,000 cases of the variant have been detected in the United States.

The WHO’s weekly bulletin claimed its mutations suggest it may be more resistant to vaccines, as was the case with the South African ‘Beta’ variant.

There are fears it may be more infectious, too.

But the agency warned more studies would be needed to examine this further, with the WHO having now formally labelled Mu a ‘variant of interest’.

The WHO report said: ‘Since its first identification in Colombia in January 2021, there have been a few sporadic reports of cases of the Mu variant and some larger outbreaks have been reported from other countries in South America and in Europe.

‘Although the global prevalence of the Mu variant among sequenced cases has declined and is currently below 0.1 percent, the prevalence in Colombia (39 percent) and Ecuador (13 percent) has consistently increased.

‘The epidemiology of the Mu variant in South America, particularly with the co-circulation of the Delta variant, will be monitored for changes.’

The WHO currently lists four Covid variants of concern — Alpha, Beta, Gamma and the highly-transmissible Delta.

Mu is the fifth variant of interest and is being tracked alongside Eta, Iota, Kappa and Lambda.

The Mu variant’s key mutations include E484K, which can help it escape antibodies and is also found on the Beta and Gamma variants.

It also has the N501Y, which could help it spread easier. This mutation is also present in Alpha. 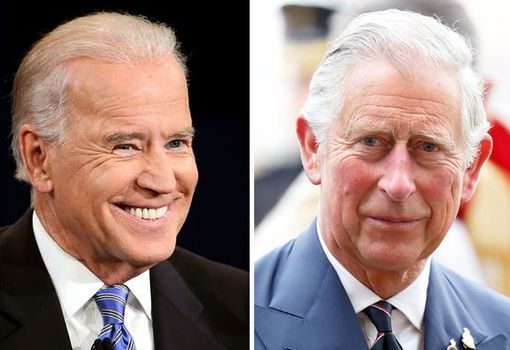 Prince Charles praises Canada’s ‘wisdom’ on climate change The Prince of Wales has been campaigning on the environment for 50 years, so […] 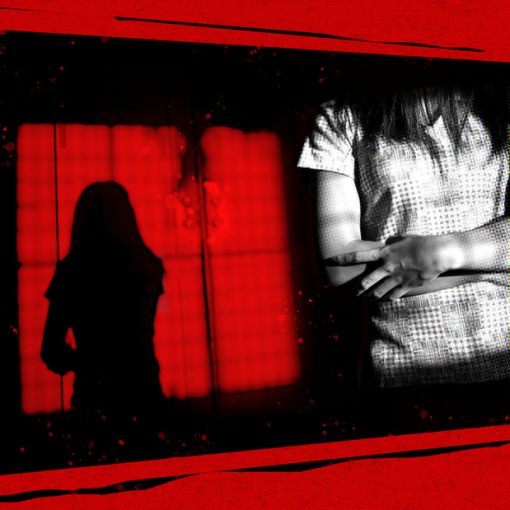 She had already endured years of beating and physical violence from her mother and stepfather, she said — but then he took […] 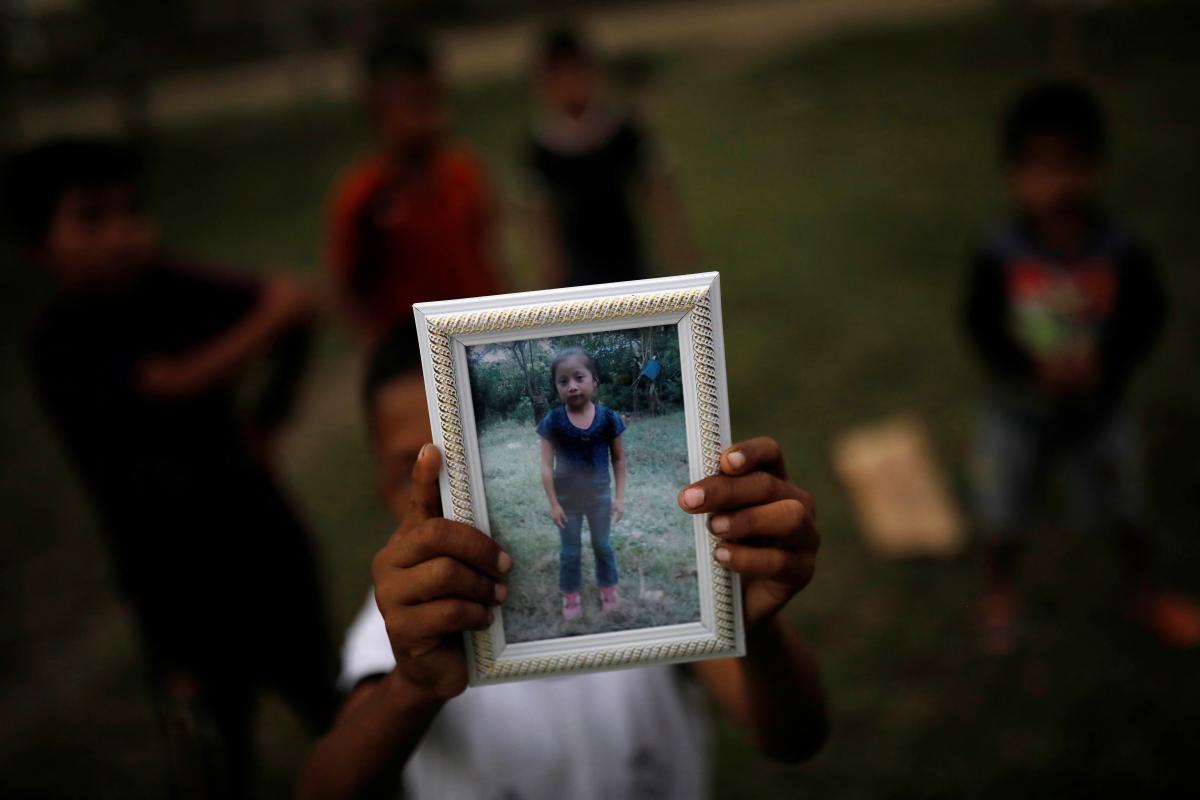 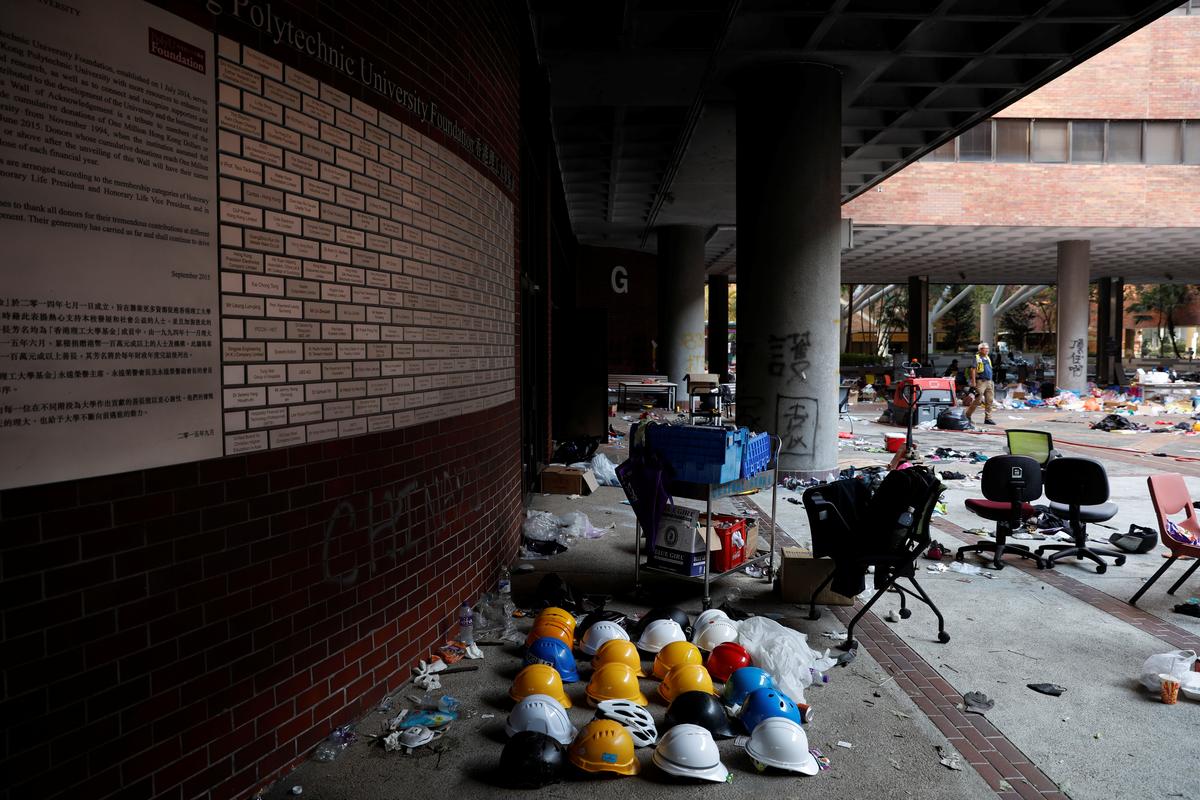