Researchers from Harvard University found that the black holes go rogue when their host galaxy collides with another, usually larger, galaxy – and knocks the hole from its central spot. They discovered this by simulating the formation and movement of supermassive black holes over billions of years of universal evolution. They did so by running a series of so-called ‘ROMULUS’ cosmological simulations, tracking the paths of wandering black holes.

At the start of each simulation, supermassive black holes were seeded based on the local gas conditions – with the bodies forming where the gas was metal-poor, dense (15 times that of the threshold to form a star) and warm (at 9,500–10,000 Kelvin).

In the simulation, this led to wandering black holes with a mass of around one million times that of the sun.

The bigger the galaxy is, the more wandering black holes it is likely to have picked up — with galactic clusters having the potential to harbour thousands of them.

But the paper’s author and astrophysicist Angelo Ricarte said: “Don’t worry, the odds of us encountering a wandering supermassive black hole are vanishingly small.

“Space is so vast that even when two galaxies containing hundreds of billions of stars merge together, their stars do not collide.”

Evidence from observations indicates that almost every large galaxy has a supermassive black hole at the galaxy’s centre.

Supermassive black holes are incredibly dense areas in the centre of galaxies with masses that can be billions of times that of the sun.

They act as anchors for the swirling mass of gas, dust, stars, planets, and other bodies around them.

The Milky Way revolves around one called Sagittarius A.

The paper said: “We expect thousands of wandering black holes in galaxy cluster haloes,’ the researchers wrote in their paper.

“Locally, these wanderers account for around 10 per cent of the local black hole mass budget once seed masses are accounted for.’

The researchers even said that in some early galaxies – around 12 billion years ago – wandering supermassive black holes may even have outweighed and outshone their galactic-centre counterparts.

Shutterstock More Dogs have been part of human social groups for at least 30,000 years. So it’s not unreasonable to suppose that […]

Elon Musk’s SpaceX has launched the fifth batch of its ‘Starlink’ space internet satellites – taking the total to 300. They form a […] 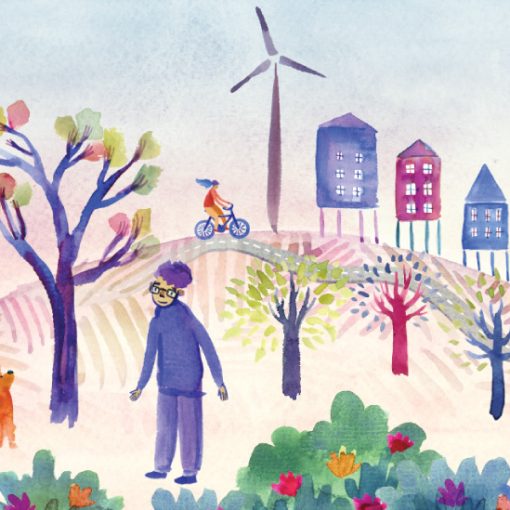 Earth Day is Thursday, and, as in recent years, climate change will be the main focus. Youth activists from all over the […]