Emma Hayes has a degree in European studies and a deep knowledge of the continent’s politics, eclipsed only by her grasp of tactical nuance. If few were surprised when Chelsea’s manager led her richly talented team into last season’s Champions League final there was a degree of shock as to just how comprehensively they were beaten by Barcelona in Gothenburg.

As viewers of ITV’s Euro 2020 coverage are well aware, Hayes really knows her stuff. She is also a stranger to complacency but that 4-0 reverse in Sweden in May nonetheless served as a reminder that her so often imperious defending WSL Champions still have room for improvement.

And never more so than during a season in which the top-tier bar is likely to be raised appreciably by Manchester City’s ongoing renaissance under Gareth Taylor. Throw in the renewed threat apparently posed by Arsenal and even Chelsea cannot afford to tread water.

If winning a first Champions League will not be easy, retaining their domestic crown could be tricky as Taylor amasses City’s tanks on Hayes’s front lawn. Admittedly Fran Kirby, Sam Kerr and Pernille Harder remain an attacking trident the best defences will struggle to stop but questions linger as to whether Hayes’s preferred systems make the most of Harder’s outstanding abilities. Sometimes the Denmark international seems to end up too wide or too deep for her own good.

Intense competition for frontline places is further increased by Lauren James’s arrival from Manchester United, while Aniek Nouwen, the 22-year-old ball-playing Netherlands defender joins from PSV Eindhoven to quite a fanfare. “I have no doubt Aniek is one of the best young defenders in the world and has a very bright future,” says Hayes.

Chelsea’s ability to switch, seamlessly, from a back four to a back three represents a strong suit and it helps that their brilliant Germany goalkeeper, Ann-Katrin Berger, has agreed a three-year contract extension.

Berger benefits from playing behind Magdalena Eriksson. That prized commodity, a left-footed, left-sided central defender, Hayes’s Sweden international captain is arguably the best centre-half in Europe. Her presence explains why Chelsea register so many clean sheets and that quotient should only be increased by Maren Mjelde’s expected return from knee surgery.

If clean sheets often preface titles, Kirby’s amalgam of goalscoring, goal creation and ability to drift undetected between the lines arguably represent the biggest single reason Chelsea were able to pip City last term. As strong as her squad undoubtedly is, much may hinge on Hayes keeping the WSL’s reigning player of the season fit.

Refreshingly, Kirby is very much a team player who will invariably sacrifice possibly scoring a goal herself if Kerr, Harder or another teammate is better placed and awaiting one of her hallmark clever passes. This “side before self” approach is very much Chelsea’s overall mantra.

When Hayes shows her squad films of geese flying in trademark V formation it is no gimmick. “You fly further together,” she says. “Geese wouldn’t be able to migrate to the sun without all travelling together.”

Last season assorted Chelsea players, including, Kirby, Kerr, Eriksson and Berger took turns to do the heavy lifting. And, given the volume of fixtures, star names readily accepted the wisdom of Hayes’s rotation policy which reduced Bethany England, an England striker, to a bit part role. “It’s important different geese lead the formation at different times,” says Hayes. “And that everyone’s always extremely loyal to the cause.”

What price Chelsea not only retaining the WSL title but flying to the Italian sun for May’s Champions League final in Turin?

Emma Hayes is arguably the best manager in the league with her knowledge of the game and investment in the team resulting in Chelsea being crowned back-to-back WSL winners. She will be aiming for her fifth league title at Chelsea and to propel them to Champions League glory.

Lauren James One of the biggest signings of the summer and she has the potential to swim rather than sink at Chelsea. The forward is an asset to any squad but she faces stiff position competition from stars such as Kirby and Kerr.

Magdalena Eriksson The captain brings an air of calm and consistency to her team which it sometimes lacks when she is not playing. As well as having a commanding presence, the defender is clinical on the pitch as she had a 58% tackle success and scored one goal in the last WSL season.

Ann-Katrin Berger One of Chelsea’s most important players and demonstrated her irreplaceable nature in the last league campaign as she conceded only 10 goals with an incredible 77% save rate. The achievement led her to win the WSL’s Golden Glove and deservedly cemented her place as the Blues’ No 1 keeper.

David Warner will return to Australia to have an elbow injury assessed, but the suspended star’s pain won’t stop him playing another […] 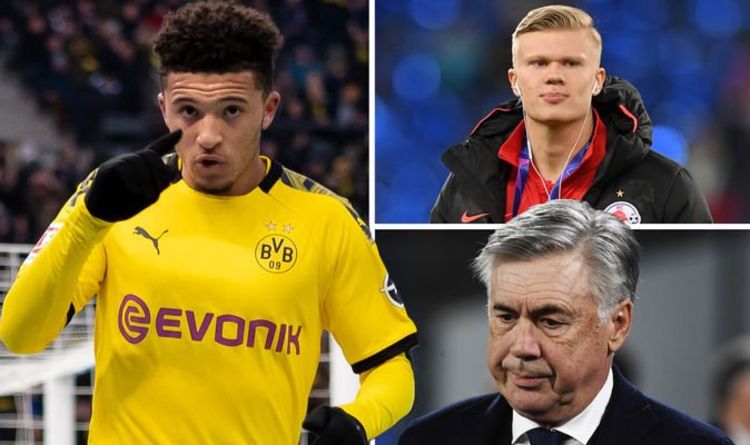