Drew Barrymore shares daughters Olive and Frankie with ex-husband Will Kopelman. Here’s what to know about the actress’ kids.

Drew Barrymore began her career in the 1980s as a child star, capturing the hearts of film-goers with her role as Gertie in Steven Spielberg’s 1982 adventure sci-fi film E.T. The Extra-Terrestrial. The actress has since gone on to star in a series of other cult classic films, including Scream, Never Been Kissed, and Whip It. Now 46, Drew’s life has only flourished after childhood obstacles, including drug and alcohol addiction. The actress now headlines her own CBS talkshow The Drew Barrymore Show and runs a lifestyle empire, launching home line Drew Barrymore Flower Home and her own magazine, DREW.

Another gig the actress is proud of is mom. Drew shares two daughters, Olive, 8, and Frankie, 7,  with ex-husband Will Kopelman, whom she split from in 2016 after four years of marriage. Drew is notoriously private when it comes to her children, rarely sharing snapshots of the two on Instagram. (When she does, their faces are not shown.) The actress explained her decision to keep her daughters out of the spotlight in an interview with PEOPLE last September. “I started [in this industry] when I was in diapers,” she said. “At 13, it was that sad sob story.”

“And then I picked myself back up. I’ve been married, I’ve gotten divorced, I’ve raised myself, for better or worse,” Drew continued. “I have these two girls who are my entire universe. And it has all been out there.” While her life is “all on the table,” Drew explained her daughters are not due to her own life experiences. “I’m not selling my brand on my kids. I won’t do it,” she said. “But to ignore that part of my life would make me an automaton. So it’s really inventive to figure out how to bring them into the omelet and fold it in, in a way that feels appropriate for me.”

Learn more about what Drew has shared about her daughters below!

Drew welcomed her firstborn and eldest daughter Olive in 2012. Now 8, Olive recently made a cameo via voiceover in her mom’s Instagram post to celebrate the launch of Drew’s beauty line Flower Beauty. In the December 2020 post, Drew and Olive visit a local CVS and the actress asked her daughter what to say in her video. Olive advised her mom to let her followers know that the collection is “the most beautiful collection I’ve ever seen.” Drew thanked her daughter and also revealed her sweet nicknaming, saying, “Thank you, Bear.”

In an interview with PEOPLE in 2019, Drew revealed that both Olive and Frankie are “total performers” and just might take after her own career — something that admittedly scared her at first. “When I first had my kids, I think I was so obsessed with doing everything differently with them, I almost thought that acting was some calling from the devil,” she said. “I was thinking, ‘My daughters will never be actors! God, no!’ And then I’m, like, wait, it’s a great family trade. I’m a Barrymore. My family has been doing this for hundreds and hundreds of years, and multiple generations.”

She added that Olive is aware of her preference for her to wait until she is older to try out a potential career in Hollywood. “Olive knows that I would prefer she wait until she’s 18, and then it’s really her life and her decision,” Drew continued. “I think there’s a way to give them a normal childhood that’s totally protected, and yet feed their love of how much they love to express themselves. And when they were first born, I just didn’t know how to rationalize it. Now, I do.”

Drew welcomed her second daughter Frankie in 2014. Now 7, Frankie was born on Earth Day, as evidenced in a sweet animated segment shared on The Drew Barrymore Show this April for the annual event. Drew shared an animated video of a cat on a bike voiced by her youngest, who called on her mom’s viewers to protect the planet. “Hi everyone, my name is Frankie Barrymore Kopelman, and guess what? Earth Day is my birthday!” she narrates, adding that her birthday wish is for viewers “to help our planet.” Frankie offered some tips, too: “You could ride a bike, plant a tree, recycle some plastic, or hug a bee.”

For Drew’s birthday show in February, too, Frankie and her big sister starred in an animated clip of them providing narration as cats as they read their mom a birthday poem. “We love you more than squirrels and pearls, or eating cheese in the breeze,” Frankie said, adding that Drew was “the best mom in the world.”  In conversation with her Music and Lyrics co-star Hugh Grant that same month for the SAG-AFTRA Foundation, Drew revealed that Frankie and her big sis do not enjoy her films at all, including Never Been Kissed, 50 First Dates, and even E.T.

“They did not like ‘E.T.’ at all,” she said to a shocked Hugh. “They’re just not up for it. Nope.” Hugh joked in response, “I’m sorry you have two immensely damaged children like that. I love all those films!” 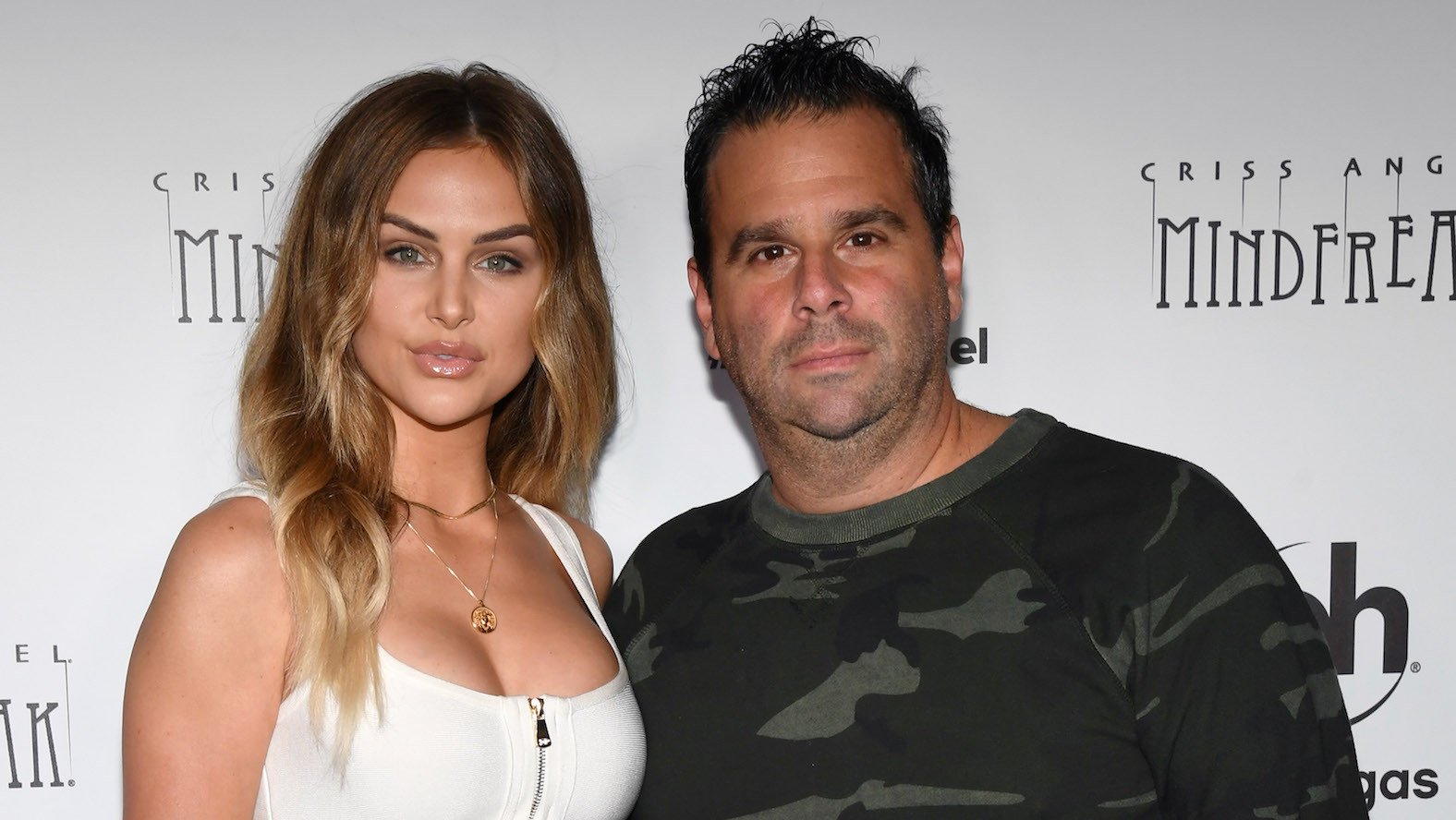 Randall Emmett has come a long way since the beginning of his relationship with Lala Kent. The producer will be making his […] 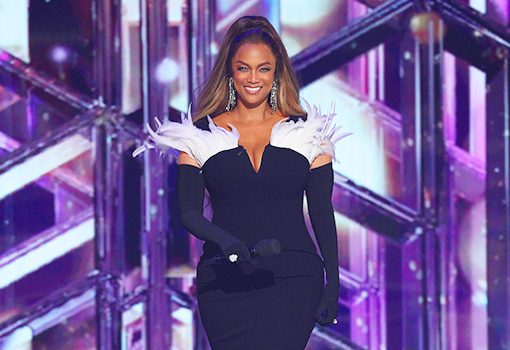 View gallery Image Credit: Disney+ After weeks and weeks of competition, the 4 remaining finalists will be competing for the mirrorball trophy […] 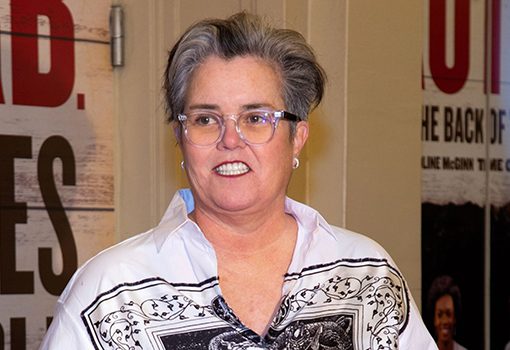 Rosie O’Donnell, 59, is a comedy and talk show icon. From her roles in Will & Grace to her own series The Rosie O’Donnell Show, Rosie has been […] 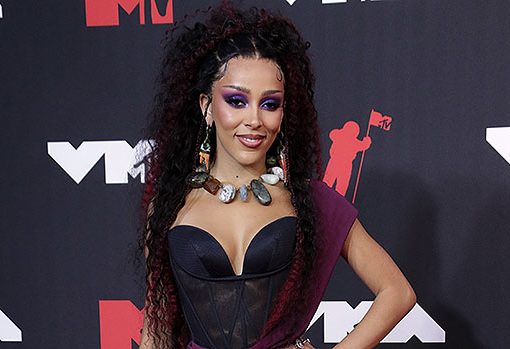 View gallery Image Credit: Matt Baron/Shutterstock Doja Cat was definitely in some sort of mood when she shared a new photo album […]