American forces conducted a drone strike against an ISIS-K target in Kabul on Sunday, the U.S. Central Command said, less than a day after President Joe Biden promised more retaliatory strikes against the Islamic State affiliate.

CENTCOM spokesperson Capt. Bill Urban, said in a statement that the strike targeted a vehicle which posed “an imminent threat” to Kabul’s Hamid Karzai International Airport, where 13 U.S. military personnel and more than 110 Afghans were killed last week.

“We are confident we successfully hit the target,” he said. “Significant secondary explosions from the vehicle indicated the presence of a substantial amount of explosive material.”

“We are assessing the possibilities of civilian casualties, though we have no indications at this time. We remain vigilant for potential future threats,” he added.

The attack came less than 24 hours after the U.S. Embassy in Kabul again warned all Americans in the vicinity of the airport to leave immediately, citing a “specific, credible threat,” and four days after the suicide bombing at the airport.

The U.S. military responded to that attack on Friday with a drone strike against ISIS-K, which claimed credit for the airport bombing.

Biden promised more retaliatory strikes Saturday. “This strike was not the last,” he said in a statement. “We will continue to hunt down any person involved in that heinous attack and make them pay.”

The Taliban condemned the first U.S. drone strike, saying it is a direct violation of Afghanistan’s sovereignty.

Sunday’s attack came as the U.S. winds down a historic airlift that saw tens of thousands evacuated from Kabul’s international airport, the scene of much of the chaos that engulfed the Afghan capital since the Taliban took over two weeks ago.

The Pentagon said Saturday that some military personnel had already begun to leave Afghanistan ahead of the Aug. 31 withdrawal.

The Taliban have warned any delay in the U.S. withdrawal would cross a “red line” and threatened consequences. 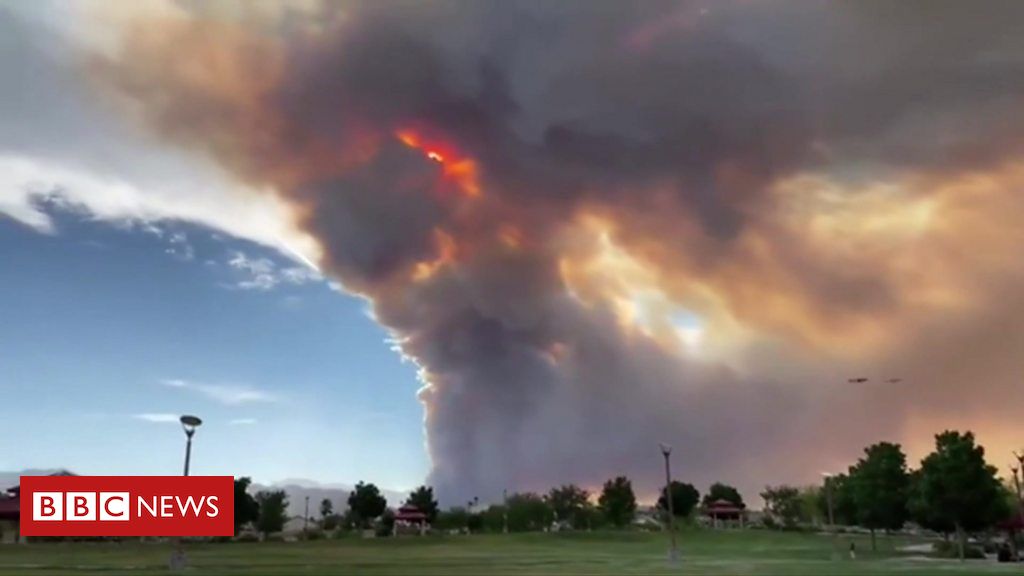 A wildfire raging in Mount Charleston, Nevada, has sent up a large plume of smoke visible from nearby Las Vegas. The fire […]

A major ethics investigation was last night launched into an extraordinary ‘cash for access’ scheme involving Prince Charles, which has been uncovered […]