For Republicans it was a day of thoughts and prayers – and political opportunity.

When a suicide bombing in Kabul on Thursday killed 13 US troops and dozens of Afghan civilians, Republicans were careful to begin their official responses by paying tribute to the heroism of the fallen. Some, however, went on to demand the resignation of the commander-in-chief.

But in truth the politicking had already begun, indicating how Republicans intend to exploit the Afghanistan crisis to diminish Joe Biden and defeat him at the polls.

The president’s decision to withdraw US forces by the end of August precipitated the collapse of the Afghan government and army far quicker than he predicted, a takeover by the Taliban and a chaotic evacuation. Biden has expressed no regret or remorse, noting that after 20 years there is little public support for continuing America’s longest war.

But Republicans smell blood, having until now struggled to find an effective line of attack against Biden as candidate or president. Although foreign policy rarely decides US elections, the critiques have fuelled a pre-existing narrative that the 78-year-old does not have “the right stuff”.

Monika McDermott, a political science professor at Fordham University in New York, said: “If they’re smart, they’ll use it as a cudgel to beat him with, because at this point in his tenure as president, this is really his biggest mistake so far.

“He’s getting criticism from both sides of the aisle so it’s not a partisan issue necessarily. The Republicans can certainly gain some ground on this one, and the American public seems pretty upset with what’s going on, so Republicans are likely to gain some traction if they use this against him.

“There’s a danger in using the deaths of American military personnel in this way but it’s his main weakness at this point.”

The Biden White House cruised through its first hundred days and beyond, achieving legislative success and mass vaccination that appeared to be curbing the coronavirus pandemic. Any risk of complacency was dispelled, however, by the lightning Taliban offensive that tested Biden’s perceived assets of compassion and competence.

The president has been quick to defend his actions by pointing out that he inherited a deal from his predecessor, Donald Trump, that would have seen US troops leave by May. The White House also sought to regain the narrative by highlighting the evacuation of more than 100,000 people, one of the biggest airlifts in history.

Even so, the turmoil playing out nightly on TV news and dominating the national conversation has given Republicans a chance to unite in common cause.

Trump has described the retreat as “the single greatest humiliation in our history” and called for Biden to quit. Mitch McConnell, the Senate minority leader often at odds with Trump, has lamented a “colossal failure” and warned that Biden “continues to communicate to the world that, on his watch, the greatest superpower in world history will let terrorists and thugs push us around”.

Senator Lindsey Graham, a leading Trump ally, has called for Biden to be impeached and commented: “It’s the most dishonorable thing a commander-in-chief has done in modern times.” Congresswoman Liz Cheney, a leading Trump critic, has said: “President Biden bears direct responsibility for what is really a catastrophic decision that is going to put us at risk in ways that we have not been since before 9/11.”

Thursday’s bombings led to renewed calls for Biden to quit, often in lurid language. Congresswoman Elise Stefanik of New York said: “Joe Biden has blood on his hands. This horrific national security and humanitarian disaster is solely the result of Joe Biden’s weak and incompetent leadership. He is unfit to be commander-in-chief.”

Biden has repeatedly said “the buck stops” with him, echoing Harry Truman. But Republicans, amplified by rightwing media, are determined to paint him as a flailing Jimmy Carter.

Bill Whalen, a media consultant for Republicans including the former California governor Arnold Schwarzenegger, said: “Joe Biden has lost his brand for the time being, at least. Joe Biden’s brand going into presidency was, ‘I’ll be far more competent than Donald Trump ever was and I’ll be far more empathetic.’”

Some of the harrowing images coming out of Afghanistan are “ready-made campaign material”, Whalen said, though the midterm elections, when Republicans are aiming to take back the House and Senate, do not take place until November 2022.

Biden’s approval rating has dipped below 50% for the first time, a drop which might also reflect the rebound of Covid-19. It dropped to 41% in a USA Today-Suffolk University survey released on Tuesday, with 55% of respondents disapproving.

Whalen, a research fellow at the Hoover Institution at Stanford University in Palo Alto, California, said: “The polling is pretty clear. Yes, a majority of Americans wanted us out of Afghanistan but a majority of Americans also don’t like this because Americans want things done right and this was not done right, so that’s what kills the president. It’s this mantra of incompetency that Republicans will dump on this president.”

But Republicans’ rare solidarity will not necessarily last. There are deep ideological divisions between the Trump wing, whose “America first” approach favoured fast withdrawal from Afghanistan and other arenas, and hawks such as Cheney, whose father, former vice-president Dick Cheney, was a key architect of the war.

John Zogby, a pollster and author, said: “Will they try to use it? Yes, of course. How will they use it? To be frank, they’ll pound on the table. I don’t want to sound partisan but there doesn’t really seem to be a policy except to say no.

“They’re licking their chops right now over the fact that the evacuation has been dismal. Frankly, they’re even trying to make a case about abandoning Afghanistan and yet it was their guy that got in and their guy that tried to get out. Whatever it is, it’s not going to be a principled position.”

‘They can’t all be interpreters’

Splits are emerging over the acceptance of Afghan refugees, with some Republican governors promising safe haven for those who worked with US forces while allies of Trump resort to nativist and xenophobic rhetoric.

Laura Ingraham, a Fox News host, told viewers: “So there are about 30 million people in Afghanistan. So how many do they really propose we take? And on what basis? They can’t all be interpreters. The lesson of this 20-year war cannot be that every time we turn a country upside down or make huge mistakes, our immigration laws, our refugee laws no longer apply.”

There are also signs that the Afghanistan debacle might not last in the public consciousness long enough to shift votes. Axios reported that when House Republicans’ campaign arm launched attack ads against 15 vulnerable Democrats, their focus was wholly on inflation, not Afghanistan.

Zogby added: “It has legs in the short term but this was done early and the elections aren’t for another 15 months or so. The focus on the cycle isn’t for another 12 months and there’s time not only to recoup from this, but what are people going to have on their minds? They support withdrawal: done.

“The images are horrible but the images of groceries in the grocery store and gasoline at the fuel tank and small businesses trying to stay afloat are going to be much more of an issue.” 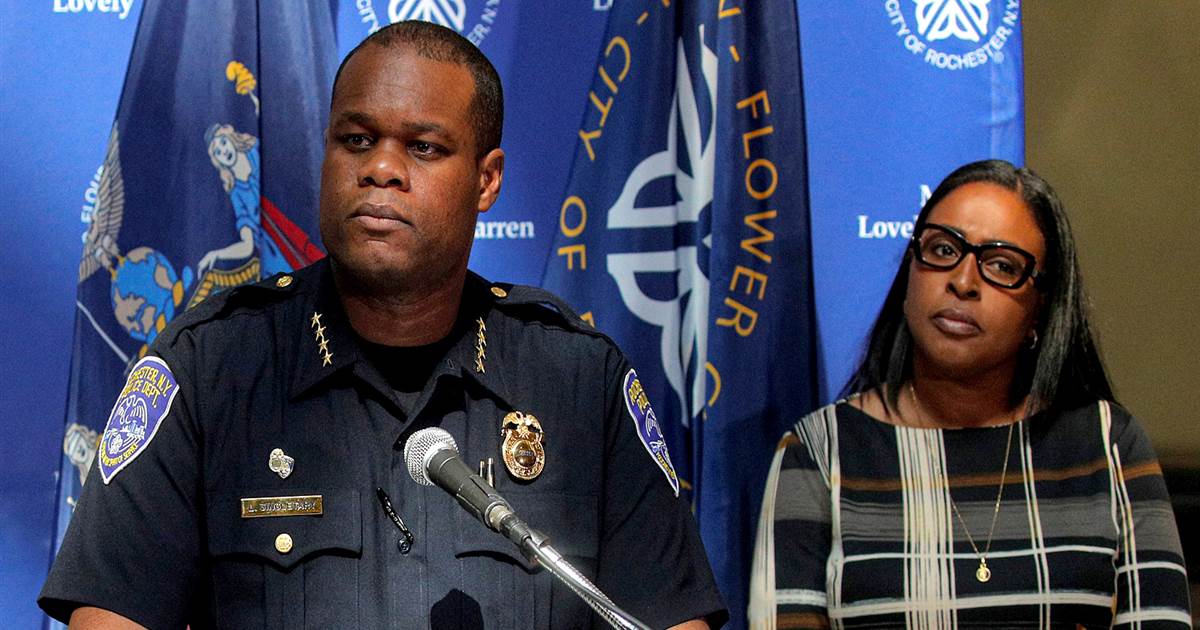 The police chief and deputy chief of Rochester, New York, resigned Tuesday amid outrage over the death of Daniel Prude, a Black […] 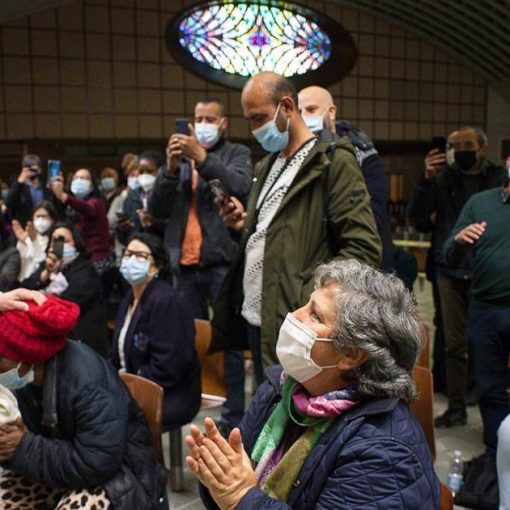 For an agency devoted to secrecy and surveillance, it is an embarrassing slip-up. An inadvertent disclosure on a university document has revealed […]