Barcelona 2-1 Getafe: Memphis Depay continues his brilliant start to life at the Nou Camp as he nets winner to save his side from embarrassment… after former Everton man Sandro had cancelled out Sergi Roberto’s opener


Elvis may have left the building but Barcelona still have Memphis. He scored his second goal in two games to give them a win over Getafe help lift some of that post-Lionel Messi gloom.

It wasn’t all smiles. Barcelona were poor in the second half, look to have done nothing to tighten up a loose defence, and there seem to be no love lost between fans and some of the club’s biggest players.

They whistled Antoine Griezmann in the first half. So often the scapegoat, he suffered as Barcelona failed to put away a spritely Getafe. And there were some whistles for Philippe Coutinho and for Samuel Umtiti when they warmed up in the second half. Before that PSG were the target. 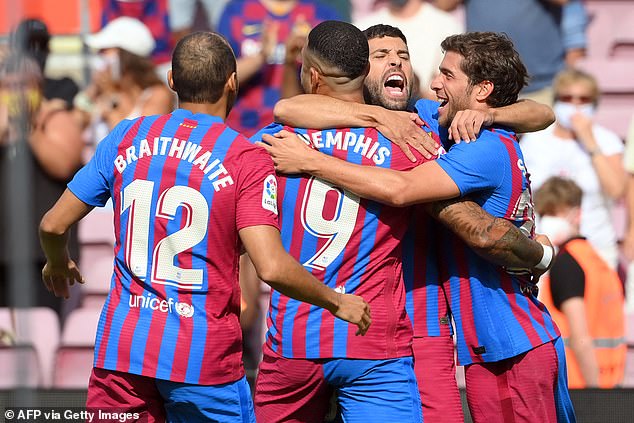 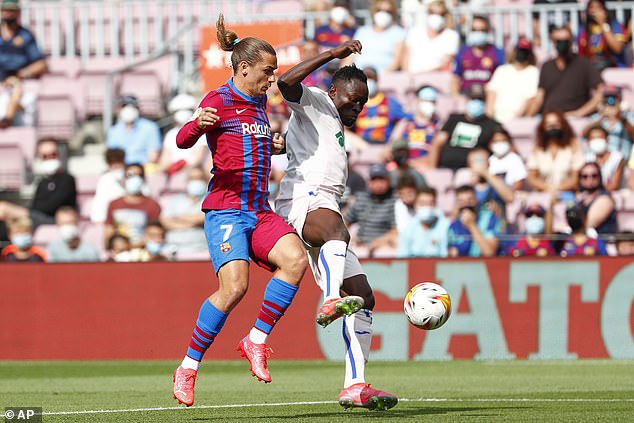 The Messi homage on ten minutes that supporters had suggested might last all season has only lasted one week. In Barcelona’s first home game of the season supporters chanted his name on ten minutes but this time what was heard on 10 minutes were chants of ‘f***ing PSG’

Spectators inside the Camp Nou were perhaps finding it hard to take that 700 miles away Messi was about to make his debut for a new club.

Barcelona started well and were in front with a brilliant team goal. Clement Lenglet played the ball forward to Memphis and he passed it wide left to the over-lapping Jordi Alba.

The Spain international found Sergi Roberto via the most subtle of flicks from Martin Braithwaite and Roberto scored from close range. Barely a minute and a half had passed. 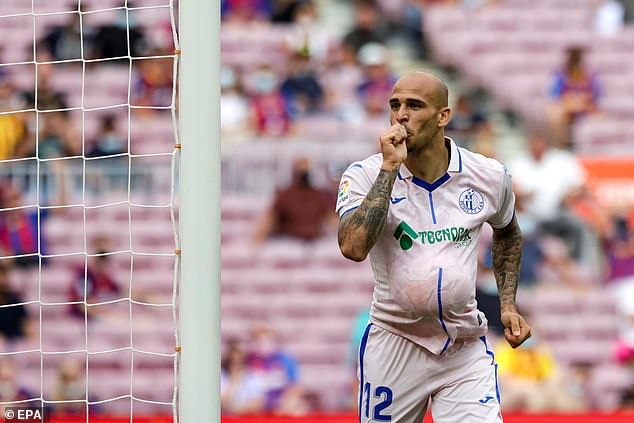 Carles Alena, against his own club, fizzed a shot just past Marc Andre ter Stegen as Getafe responded and it was another former Barcelona player who linked up with Alena to level.

Sergio Busquets lost possession and Sandro played a pass off of Alena with Lenglet and Alba spectating. The former Barcelona B forward scored past Ter Stegen.

Koeman could later be heard in the cooling break complaining to his players that there had been no challenge – not even a foul – to stop the move.

The atmosphere changed and that was when the whistles came for Griezmann. Sandro was getting it from Barcelona supporters too. They didn’t like the way he had the audacity to celebrate his goal scored against them and when Ronald Araujo was booked for fouling him there was more abuse for the Getafe forward.

Memphis put Barcelona back in front. His Dutch international team-mate Frenkie De Jong found him wide left. With a shuffle and a stepover he cut inside and drilled a low shot between Juan Iglesias and Djene Dakonam, and inside David Soria’s near post.

The old Barca would have finished Getafe quickly but even last season with Messi they seemed to have lost the ability to do that.

At the start of the second half Ter Stegen turned Jacob Jankto’s shot around his post. Nemanja Maksimovic then tested the German keeper from distance. Getafe coach Michel appeared to do Barcelona a favour when he took off Alena; he was dominating midfield. 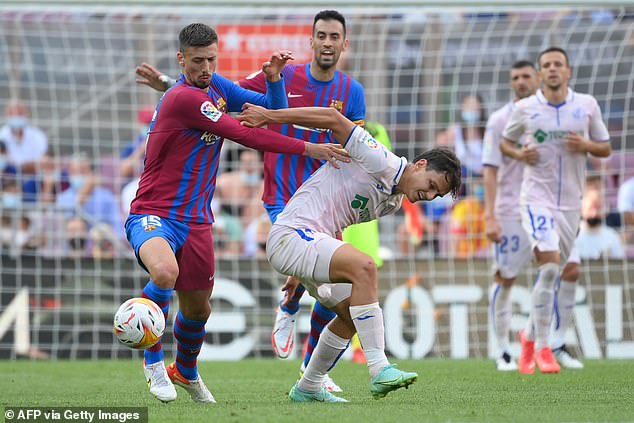 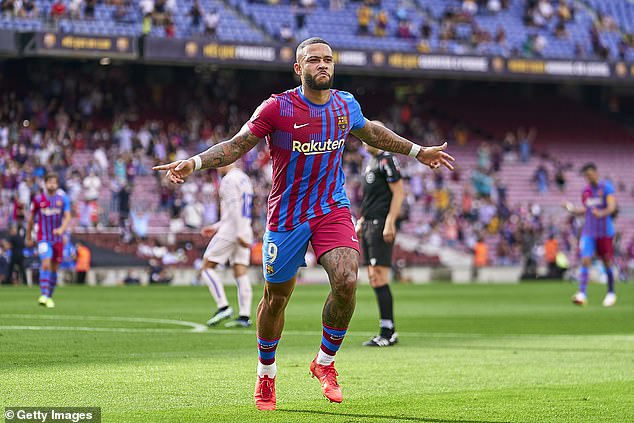 Memphis was booked as frustration showed for the home side. Getafe were on top and Koeman took off Emerson and brought on Sergino Dest. His effect was almost immediate getting to the byline and pulling the ball back to the back post where nowhere could finish it.

He did it again five minutes from time and Memphis met it with a flying volley that he could not keep down. Barcelona held on and were applauded off. But the rumbles of discontent aimed at some of the players and the poor second half showed all is not well.

At least they have Memphis. The man Koeman wanted to play alongside Messi from last January is doing his best to replace him. There have been moments of magic in all three games so far, he could barely have started better. 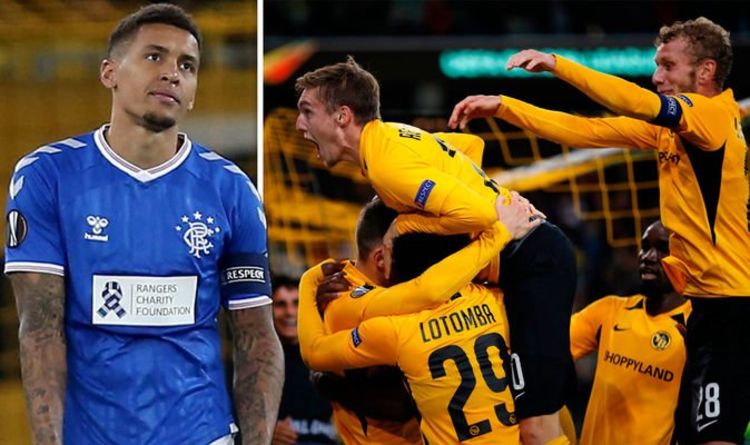 Rangers slipped to a 2-1 defeat in Switzerland after taking the lead through top scorer Alfredo Morelos. Roger Assale equalised shortly after […] 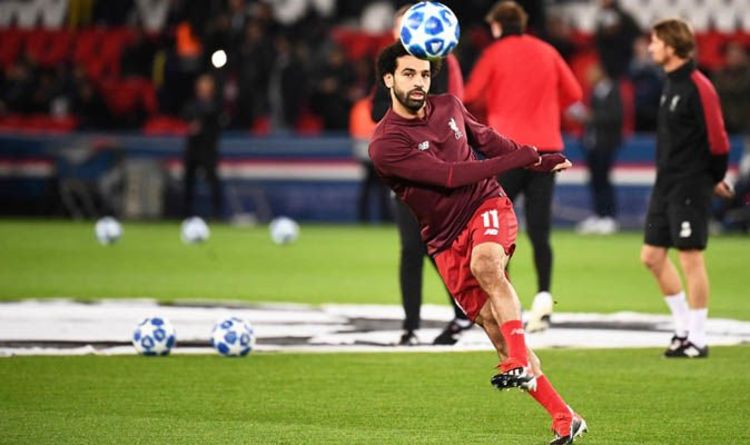 Champions League Group A Both Atletico Madrid and Borussia Dortmund have already qualified for the knockout stage, with Club Brugge third and […] 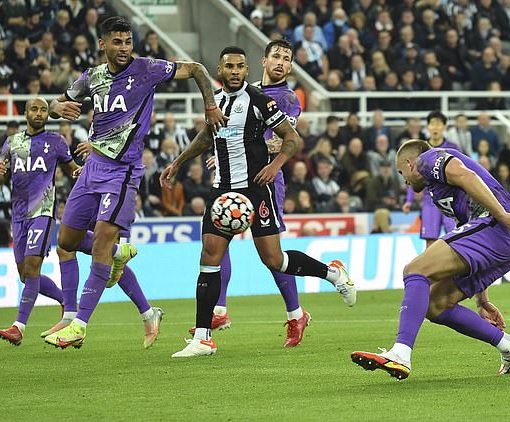 ‘Eric Dier take a bow… that is one of the worst own goals I have ever seen’: Football fans go wild on […]