Nvidia suffered another blow in its takeover of British chip designer Arm after Brussels launched an official probe into the £39billion deal.

The European Commission will launch the full-scale probe just as the US tech multinational is seeking formal approval from the bloc for the deal.

The impending investigation will throw up yet another potential hurdle for Nvidia to leap, just weeks after the UK’s Competition and Markets Authority (CMA) warned it had ‘serious concerns’ about the deal. 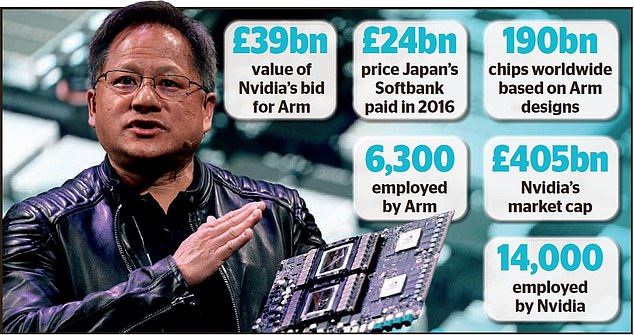 And China – another crucial territory to win approval in – is yet to even look at paperwork that Nvidia has submitted.

Nvidia launched its bid for Arm last September and has always said it expects regulatory scrutiny.

But the American giant has since admitted that the process is taking longer than expected.

After originally predicting the takeover would be sealed by March next year, chief executive Jensen Huang recently said drawn-out discussions with authorities were now ‘pushing out the timetable’.

Nvidia has said it will walk away if the deal isn’t done by September 2022.

Concerns about the firm’s bid are based on Arm’s current position as a neutral supplier of chip designs to customers around the world, including Nvidia rivals Qualcomm, Samsung and Apple.

This approach led Arm to be dubbed the ‘Switzerland of semiconductors’ and for its designs to be used in a plethora of devices around the world. 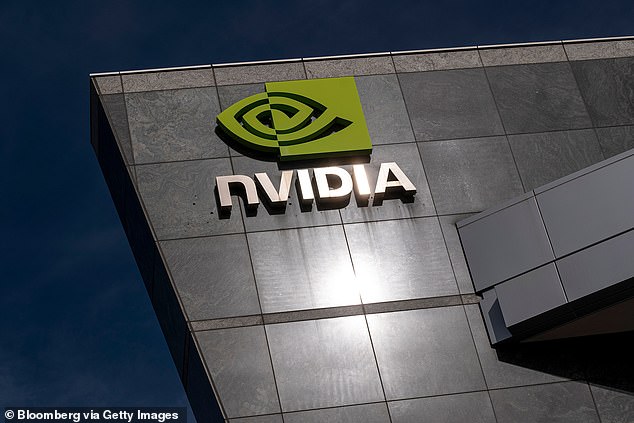 Competition fears: The European Commission is set to launch a full-scale probe into Nvidia’s takeover of British chip designer Arm

But critics fear this neutrality will be put at risk by Nvidia’s takeover. The UK’s CMA last week said Nvidia would have the ‘ability and incentive’ to harm rivals – by throttling their access to Arm’s latest technology – if the takeover is approved.

Nvidia has denied these suggestions and offered to give legally-binding guarantees that it will keep Arm’s technology available, as well as other guarantees on its UK headquarters and research.

But its overtures have been dismissed by the CMA, which is calling for an in-depth ‘phase two’ probe to scrutinise the deal further. Ministers will decide whether a probe goes ahead or not.

Yet the upcoming request for the EU to review the deal will add further complications, kicking off a 25-working day preliminary review.

This is already seen as likely to be followed by another 90 working-day full-scale EU investigation, sources told Reuters.

Meanwhile, in China, the Global Times newspaper – seen as a mouthpiece for the Communist regime – last year said the deal was ‘disturbing’ and has urged regulators to treat it with caution.

The state-owned outlet claimed Arm could be ‘politicised as a technology weapon’ amid US-China trade tensions, leaving Chinese firms such as Huawei blocked from buying its chips.

But Nvidia has argued that the takeover will create a chip-making powerhouse that will give Arm even more firepower to invest in research and development.

A spokesman said: ‘This transaction will be beneficial to Arm, its licensees, competition, and the industry.

‘We look forward to engaging with the European Commission to address any concerns they may have.’ 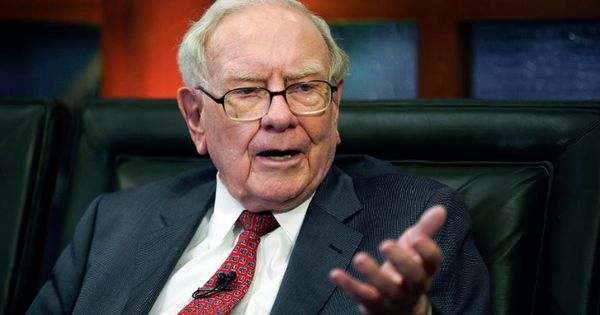 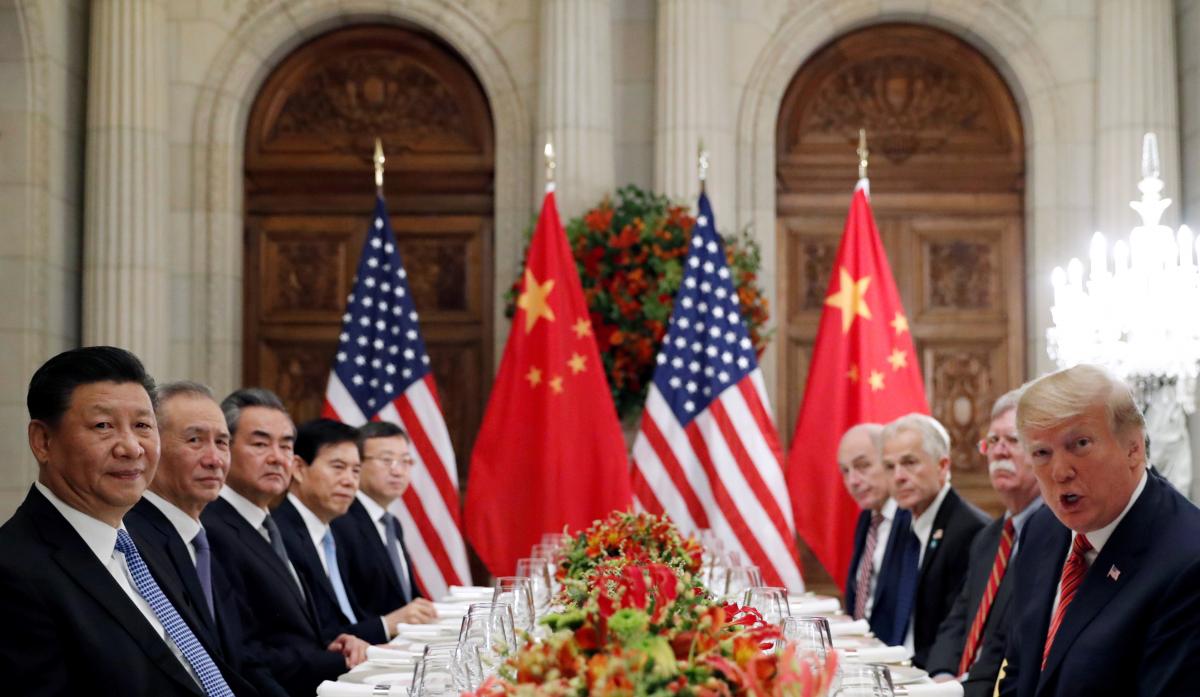 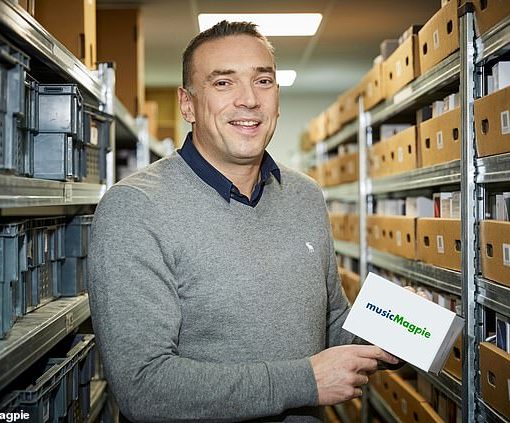 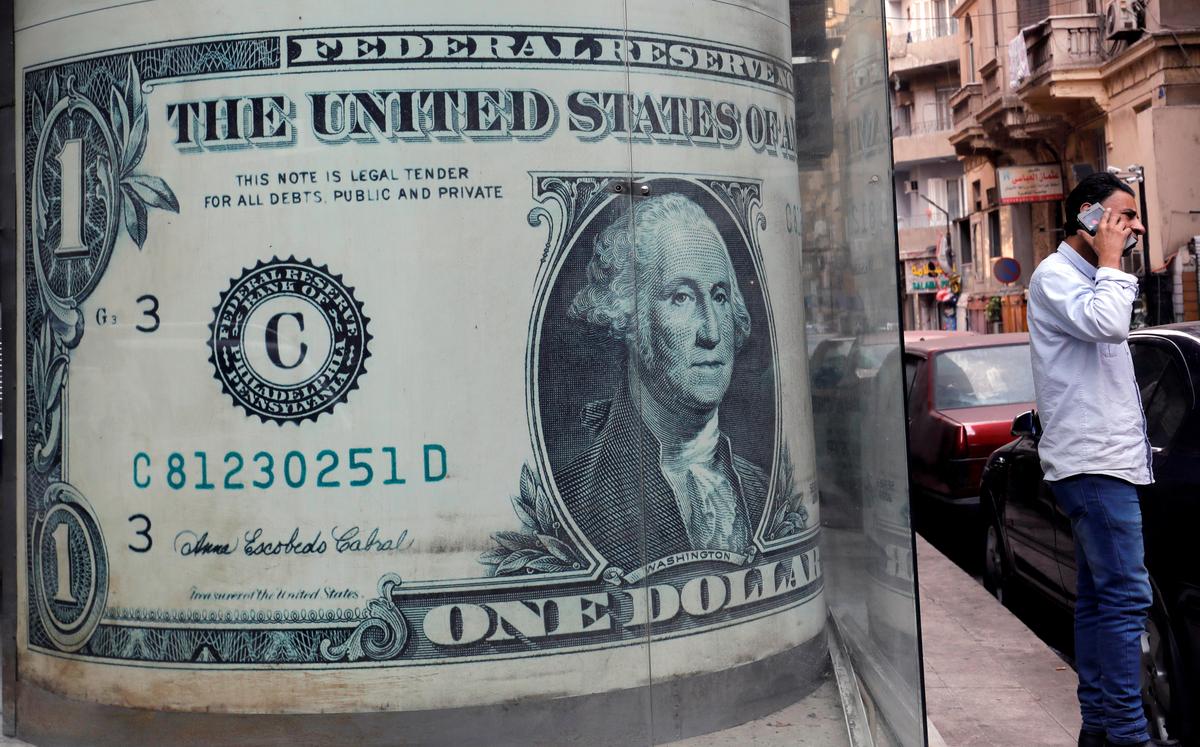