By Ian Herbert For The Mail On Sunday


Ellie Simmonds appeared for just a moment after her race but then vanished, going under some security tape to avoid the mixed zone through which competitors are supposed to walk through and where awkward questions can lurk.

Though the messages that emanate from these Paralympics are almost universally positive, it is still sport. A world where superiority is so fleeting and the process of falling behind the field so brutal.

A two-length race of the Olympic pool on Saturday left Simmonds not only eight seconds behind her compatriot, Maisie Summers-Newton, Britain’s new champion para-swimmer, but four adrift of the American who took bronze. That would never have been how she imagined the Tokyo Paralympics 100metre breaststroke final to play out. The race and her reaction left you wondering whether Simmonds has anything more to give. 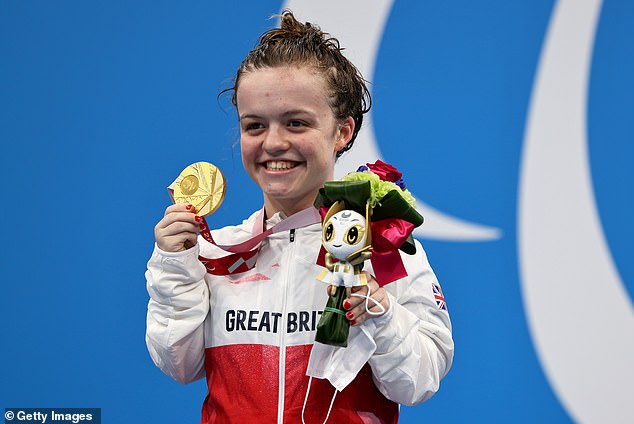 Simmonds has been around for so long and inspired so many people — not least Summers-Newton, who as a 10-year-old watched her win at London 2012 — that it’s easy to forget she is still only 26.

The passing of the baton to Summers-Newton has seemed a natural process. Both women have the same condition: achondroplasia. Simmonds was a reassuring presence for the younger swimmer as they prepared to race in the 200m individual medley on Thursday. Simmonds finished fifth on that occasion — again, nearly eight seconds behind Summers-Newton.

To be eclipsed so publicly and completely must hurt, and surely explained why Simmonds avoided post-race questions.

Summers-Newton batted away the suggestion it must be excruciating to take the podium places that Simmonds once made her own. But her answer left the distinct impression that this may be the moment that one of the world’s the most significant and inspiring Paralympians prepares to retire. 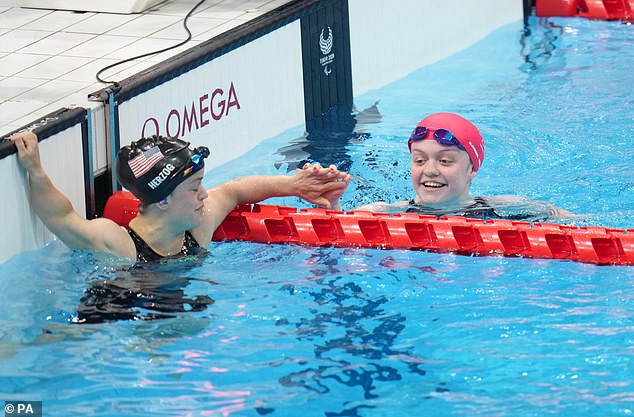 The 19-year-old was congratulated by her idol Ellie Simmonds, who finished fourth 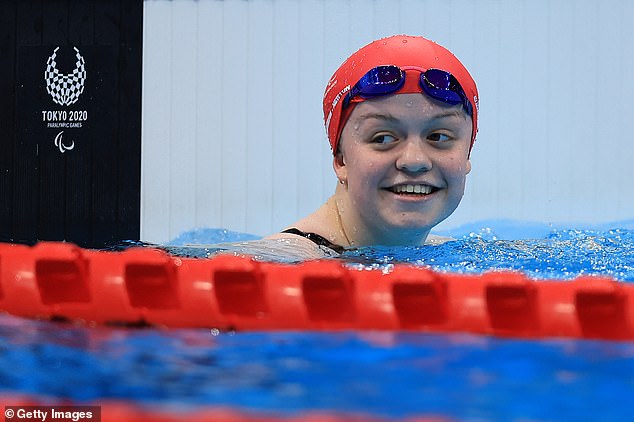 ‘She’s fine,’ said 19-year-old Summers-Newton. ‘I don’t want to speak on behalf of her but Ellie’s here for a fourth Games just to really enjoy it and be with the team.’ That didn’t sound like the clinically competitive Simmonds who won five golds at three Games before Tokyo.

Simmonds had indicated in midweek that these Paralympics were bringing their own challenges. ‘I’ve been working really hard with my psychologist, been having a few low points and stuff,’ she said. ‘I want to enjoy this competition and make the most of it.’

Summers-Newton is a seriously impressive successor. On Saturday, she led from the start and though Daomin Liu, of China, looked like she might catch her, the Briton eased away. ‘I kept looking in the side of my goggles and thinking, “Please don’t catch up with me”,’ she said. ‘I just gritted my teeth and it obviously worked.’ 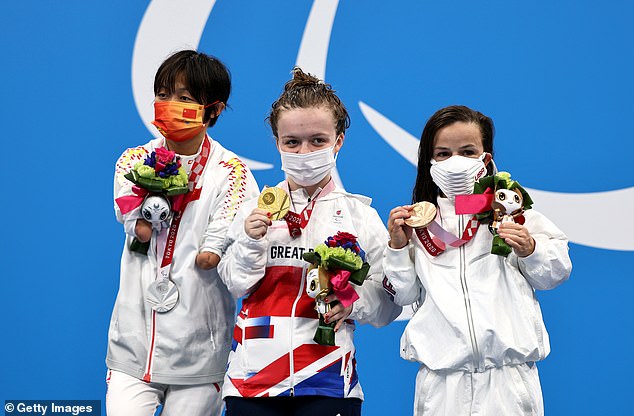 There was more success when the British team won gold in the mixed 4x100m freestyle relay, with Jessica-Jane Applegate making up a big deficit on the third leg before Jordan Catchpole powered the team to gold.

Simmonds competes in the 400m freestyle on Thursday, when she will be up against Summers-Newton again. After that race, Simmonds may give a sense of what her future holds. Her contribution has already been substantial.

Simmonds has allowed those with disability to believe they can thrive in many sports. ‘It’s a massive inspiration to me,’ said Olivia Broome, who took powerlifting bronze on Friday. ‘When I was a lot younger there was not a lot of athletes who looked like me in the Paralympics. Now you see more and more. That’s because of her. 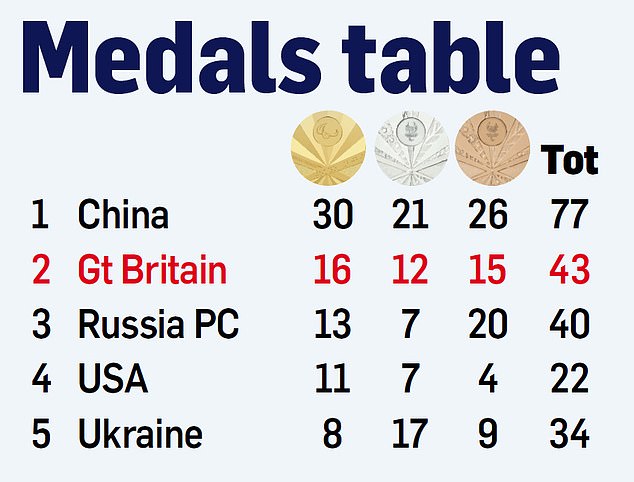 Federer, 36, won the Swiss Indoors title in Basel on Sunday – then withdrew from the Paris event hours later. There are […] 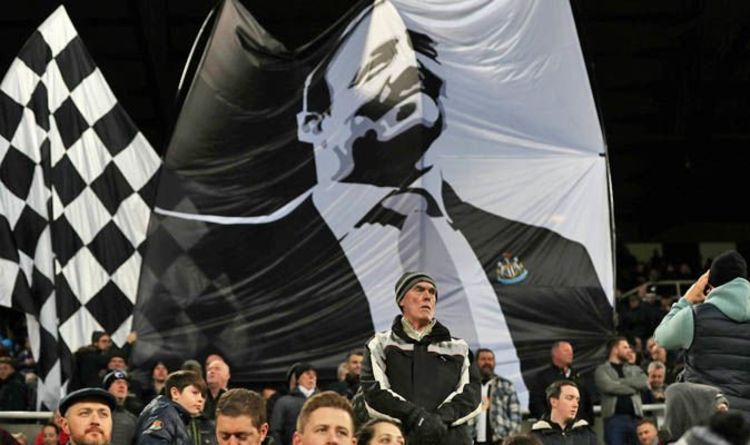 Newcastle looked good for a draw at St James’ Park this afternoon. But a last-minute Matt Doherty header stole all three points […]