There was disappointment for Britain’s Zoe Newsom in the powerlifting on Thursday, but a vivid spectacle all the same as the Chinese athlete Guo Lingling set a new world record in a fourth, extra “power lift” round.

Newsom had been aiming for a medal at a third successive Paralympic Games, but fell well short of her personal best in a tense final riddled with incomplete lifts. Lingling, who was competing at her first Games, gave a display of dominance however, breaking the Paralympic record with her very first lift.

Powerlifting is a bench press weightlifting event for athletes who have impairments in their lower legs or hips. Classification is defined by weight, with the -41kg category in which Newsom and Lingling compete the lightest at the Games.

The competition took place in the theatre of the Tokyo International Forum and organisers immediately set about creating drama. An impeccable sequence of 80s power ballads (Huey Lewis, Whitney Houston) was followed by introductions from a boxing-style master of ceremonies. As the clock ticked down to the first of three rounds of competition, multicoloured spotlights darted round a darkened stage. “The bar is loaded …” the MC intoned and with that we were underway.

Athletes are allowed to determine their own starting weights and Newsom came in at the middle of the field at 94kg. Emerging onto the stage with a flex of her triceps, she completed a successful lift with no hint of difficulty. Ahead of her, the Venezuelan Clara Sarahy Fuentes Monasterio saw her 97kg attempt ruled a “no lift” by judges, leaving Newsom in third place after the first round, her final position at both the London and Rio Games.

Lingling, meanwhile, set off at 105kg, under the world record she set in Doha this year but ahead of the Paralympic record set in 2016. She cleared the weight with ease, with a spring in her elbows in the final movement of the press sequence. From that point the winner was clear.

Newsom, who had dropped down from the -45kg category she had competed in at previous Games and had a lack of competition in the run-up to Tokyo due to the pandemic, struggled in the second round. She did not complete the press at 97kg while Fuentes Monasterio did at her second attempt.

With the Indonesian athlete Ni Nengah Widiasih into the third round with a completed weight of 96kg, Newsom needed a big lift in the final round. But once again, 97kg proved too much, and the 29-year-old broke down in tears away from the stage.

“I hope I didn’t let anyone down,” said Newson, who had won gold at the recent World Cup in Dubai, her first competition since the pandemic. “I’m a bit disappointed in my performance but I have to move on and focus on the next competition now.

“The Chinese winner is just good lifter with a great technique and I do look up to her.”

As Newsom left the stage, Venezuela claimed bronze and Indonesia silver. Lingling, meanwhile, was just getting warmed up. After failing to complete in her second round, she lifted 108kg in the third round, and once again with apparent ease. That was a new world record, and more than two and a half times her bodyweight of 40.13kg.

A record lift, in powerlifting rules, means the chance to request an extra fourth round. Lingling duly did so and the MC duly returned eagerly to the stage to celebrate the arrival of a “power lift”. Queen’s We Will Rock You, the only music for the moment, came through the speakers. Lingling then returned to the stage and slowly, but with absolute control lifted 109kg of iron above her. After a long wait for the judges the lift was cleared and Lingling quietly broke out into a broad smile. She had pushed the bar for her sport even higher. 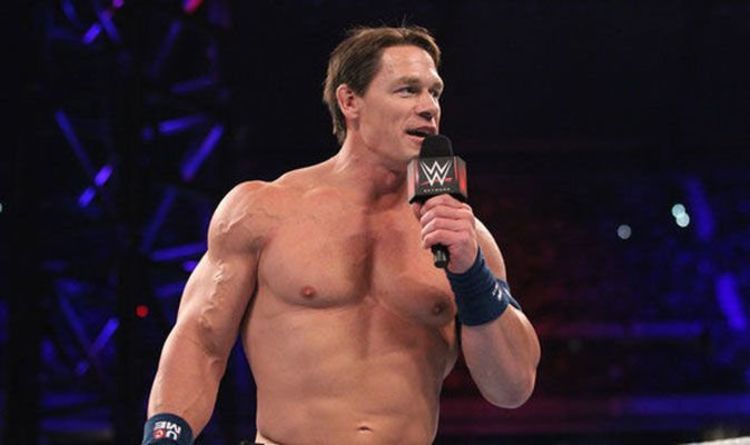 Iranian women will be able to enter a football stadium on Thursday for the first time in decades, after Fifa threatened to […]