A tree-killing disease is expanding into parts of the Sierra Nevada mountain range where it was previously unable to survive – and climate change and drought are to blame.

A team of scientists at the University of California, Davis, found the first evidence that white pine blister disease has reached higher-elevation forests in the south region, which was an area too cold for it to thrive.

Data from the study shows there was a warmer, hotter period in the mountain range from 1996 to 2016, allowing the disease to move into higher elevations.

This amounted to an additional area expansion of about 200,000 acres, which exposed most hosts in Sequoia and Kings Canyon national parks. 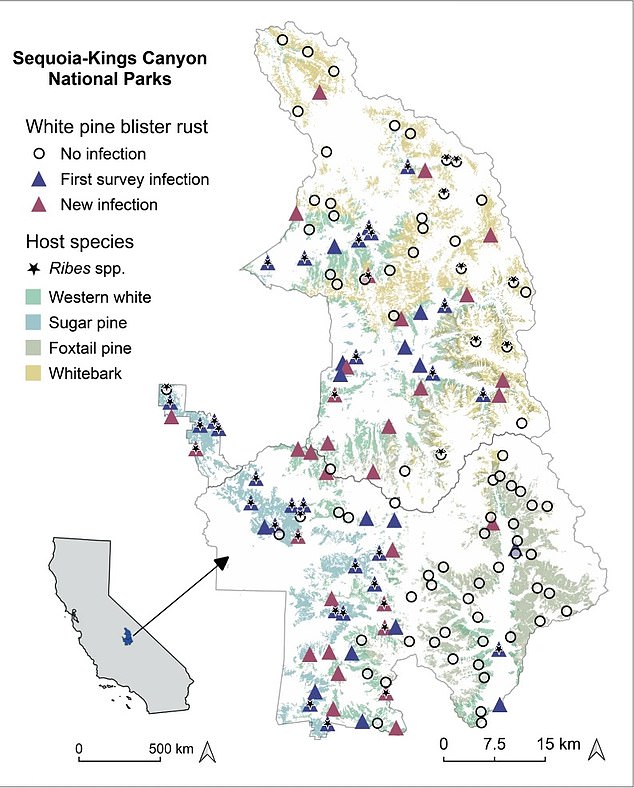 A team of scientists at the University of California, Davis found the first evidence that white pine blister disease has reached higher-elevation forests in the south region, which was an area too cold for it to thrive

Lead author Joan Dudney, a Davis H. Smith postdoctoral fellow at UC Davis, said in a statement: ‘Because pathogens have thermal tolerances, we are seeing expansions and contractions in this disease’s range.

‘Climate change isn’t so much leading to widespread increases in this disease but rather shifting where it is emerging.’

White pine blister rust disease is caused by a pathogen, Cronartium ribicola, and it has led to a major decline of white pine species throughout the US.

This includes whitebark pine, which is in the process of being listed as a threatened species. 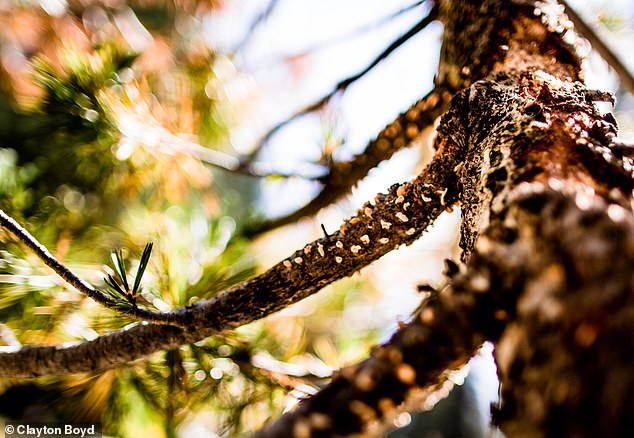 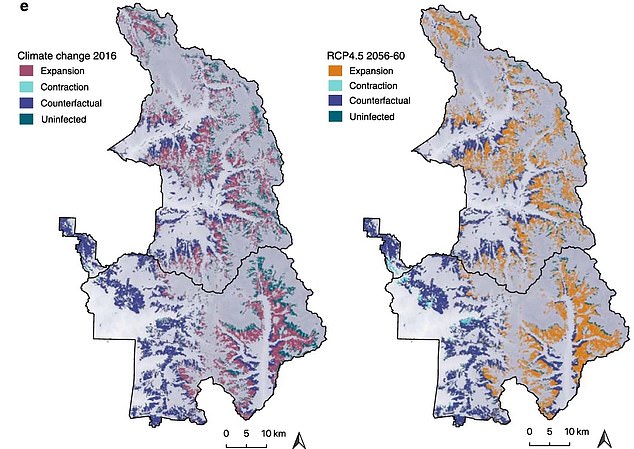 Data shows there was a warmer, hotter period in the mountain range from 1996 to 2016, allowing the disease to move into higher elevations

Scientists conducted the study over a five-year period DO WE KNOW WHEN? where they resurveyed long-term monitoring plots in the remote wilderness of Sequoia and Kings Canyon national parks, measured stable isotope signatures in pine needles and collected observations for over 7,800 individual host trees.

‘What resulted is one of the first clear measurements of an infectious plant disease range shift into higher elevations, the researchers shared in a press release.

The team saw the disease travel more than 483 miles higher up the mountain slopes. 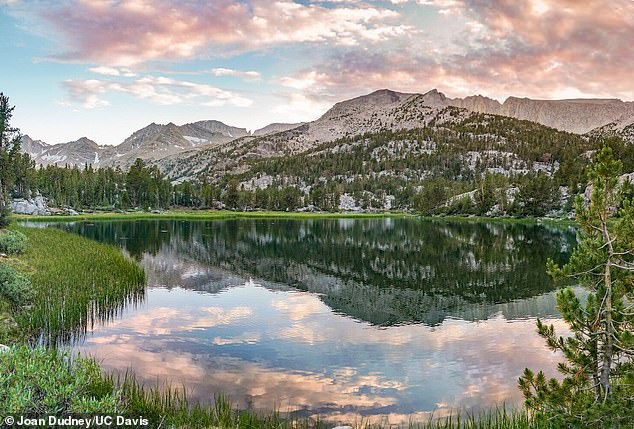 This amounted to an area expansion of about 200,000 acres, which exposed most hosts in Sequoia and Kings Canyon national parks

The team notes that the data shows its overall prevalence had declined in the area, but only because many infected trees in lower elevations died between surveys.

‘For white pines, the forests above Sequoia and Kings Canyon national parks have long served as a small refuge from white pine blister rust, but the projected expansion of the disease under climate change threatens that refuge,’ the study published in the journal Nature suggests.

While the white pine outlook appears grim, Dudney said being proactive about disease prevention could help slow the spread and detect new invasions.

‘Once they’ve experienced an epidemic, we have little recourse but to triage the area,’ Dudney said. 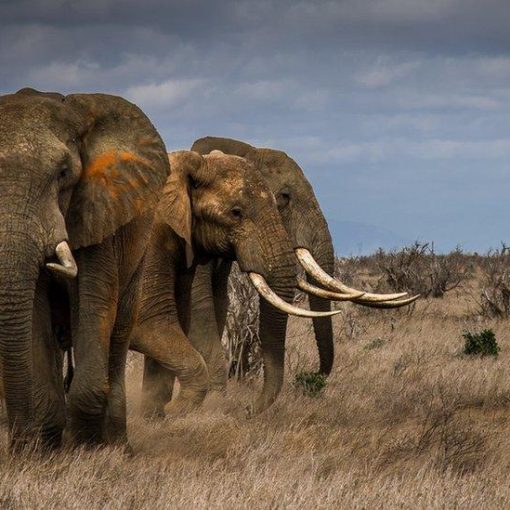 Sellers are flouting eBay’s self-imposed ban on the sale of elephant ivory by listing it under pseudonyms. An investigation by the BBC […] 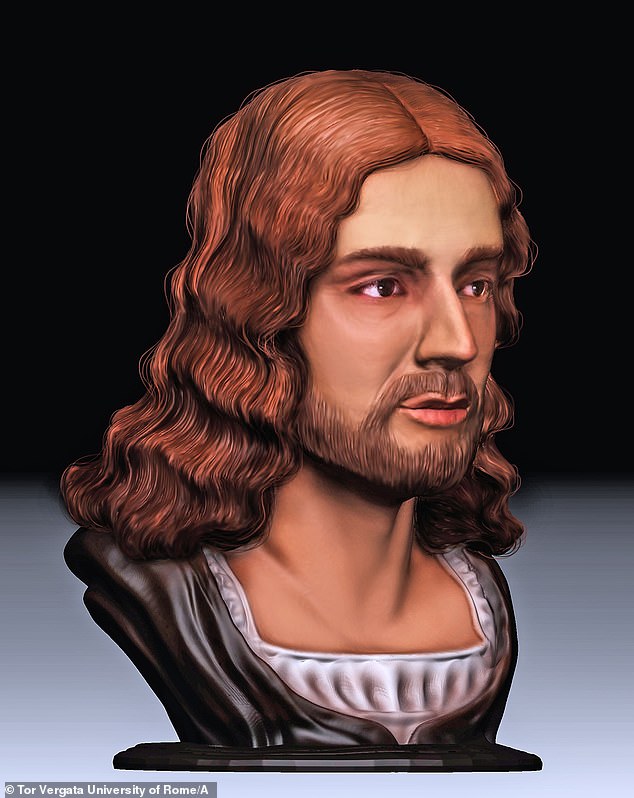 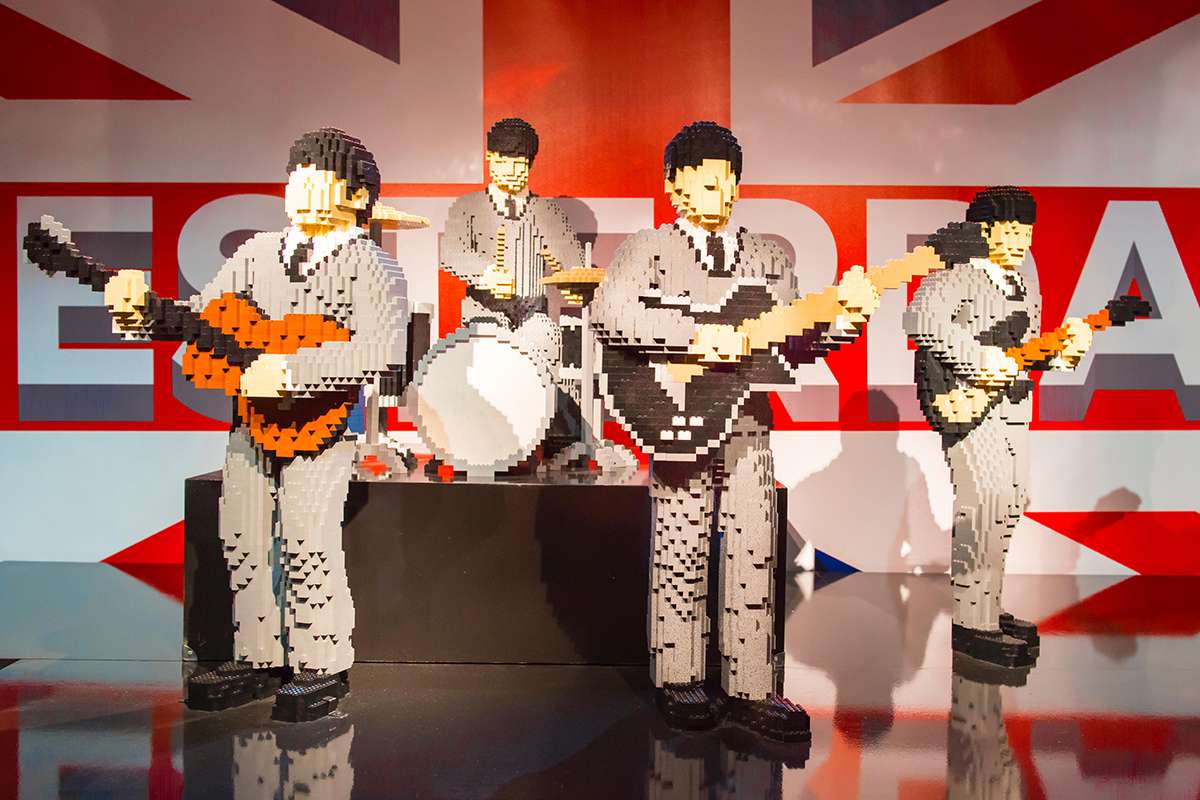 The male Indo-Pacific bottlenose dolphins of Australia’s Shark Bay are notorious for their ganglike behaviors. They form complex alliances to patrol large […]