BUMBLE AT THE TEST: Who saw that coming from England? Jimmy Anderson was imperious while Haseeb Hameed and Rory Burns looked the part… but Virat Kohli should stop constantly questioning umpires


It was a magnificent first day of the third Test for England against India at Headingley.

A Jimmy Anderson masterclass paved the way for England’s bowling attack to dismiss India, who won the toss, for just 78. Haseeb Hameed and Rory Burns made unbeaten half centuries for the hosts, steering Joe Root’s side to 120-0 at stumps.

David ‘Bumble’ Lloyd runs the rule over an enthralling first day of play for Sportsmail. 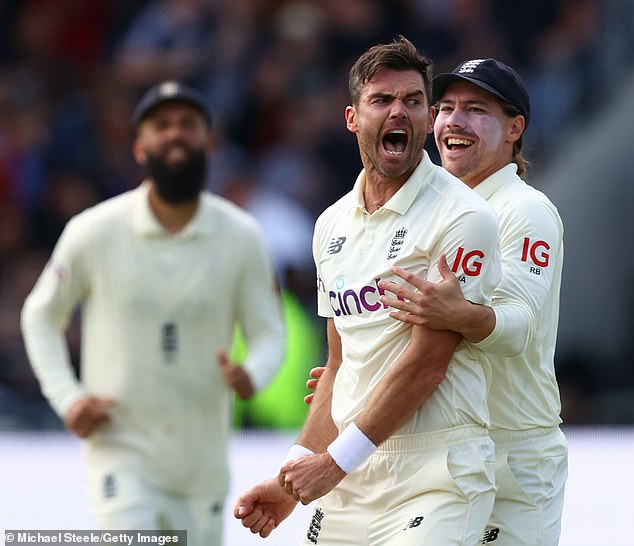 CAUGHT IN THE SWING OF THINGS

I have to confess, I didn’t see that morning session coming.

It looked straightforward: win the toss, have a bat. The pitch is a belter, and all India’s problems have been in the air. The ball swung from the start, and Anderson wasn’t going to miss that opportunity.

When it got to 50-odd for five, I wonder if India’s bowlers started to think that they should have been out there with the ball in their hands instead of England. But 78 all out? It was hard to fathom.

Hats off to Haseeb Hameed, who played as well as I’ve ever seen him for England.

There have been concerns that he can go into his shell, but he got his tempo just right on what turned into a terrific day for his side.

Rory Burns is still not everyone’s cup of tea in terms of technique, but he looked the part too. And we ended up with that rarest of things: a hundred partnership between two England openers! 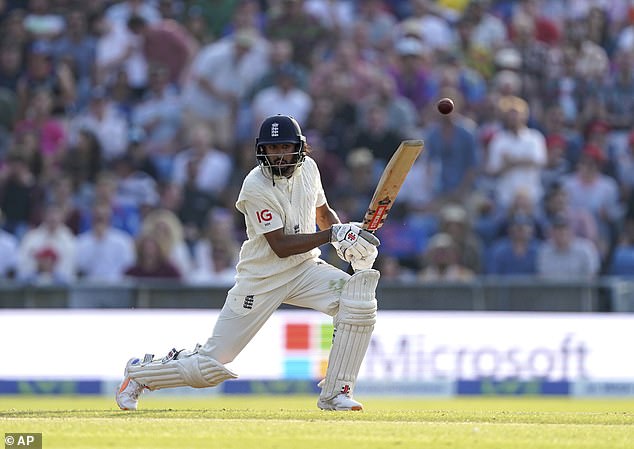 FULL ENGLISH ON A BIN LID!

I took our Indian co-commentator Dinesh Karthik across the road from Headingley to Ugly Mugs café. Have I ever mentioned it before? It’s not to be missed!

The Full English is that big, they bring it on a bin lid, with a pint of builders’ tea. It never ceases to surprise. You lift your bacon and there are all sorts of things: black pudding, hash browns, a thick piece of pork which I haven’t yet christened, a cuddly toy, a tankard… Or is that The Generation Game?

I’ve decided to educate Dinesh on all things Yorkshire. As I’ve told him, the people are so friendly, so generous. They’ve always got a smile on their face, and can’t do enough for you. It’s important he learns the local phrases, such as ‘ay oop!’, ‘I’ll si thee’, and ‘nah then’. Most crucially: ‘Ow much?’ He seems quite bemused by it all.

GIVE WATTS A ROCKING SEND-OFF

One of cricket’s great mates has passed: Charlie Watts. I hope we can play a Rolling Stones track for every day’s play. We kicked off with an absolute belter on Wednesday on Sky: Gimme Shelter.

One of the greatest rock ‘n’ roll drummers, Charlie liked nothing better than turning up at cricket, and just sitting and watching quietly.

My memory of him is at that great game when Scotland beat England at Edinburgh. He just stood in the crowd in a collar, tie and suit. A lovely fella.

It’s been the talk of the commentary box that our former colleague Lord Botham is now the UK’s trade envoy to Australia.

I note that the Australian government have responded by making Ian Chappell their trade envoy to Great Britain. What a shrewd move that is!

In the past, Australia have given us Sir Les Patterson. We have now reciprocated with Lord Botham.

Virat Kohli is one of the great players, but I find it so disappointing that he constantly questions umpires’ decisions.

Ishant Sharma overstepped twice in his first over, then bowled an off-side wide, which was correctly called by Alex Wharf. From first slip, Kohli was clearly unhappy, and made his feelings known.

At the end of the over, he took it up again. It’s just a wide! The umpires should have the power to penalise what in my book is dissent. 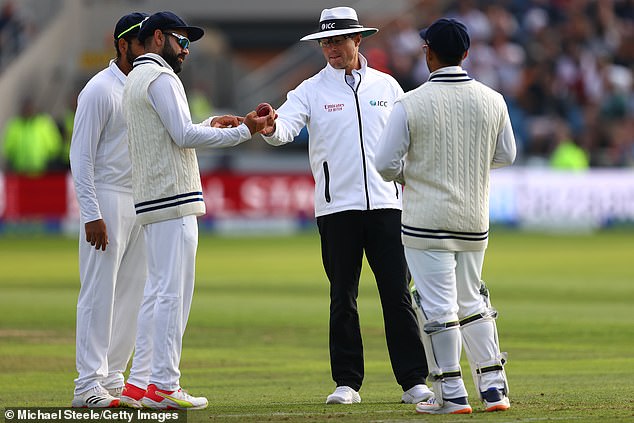 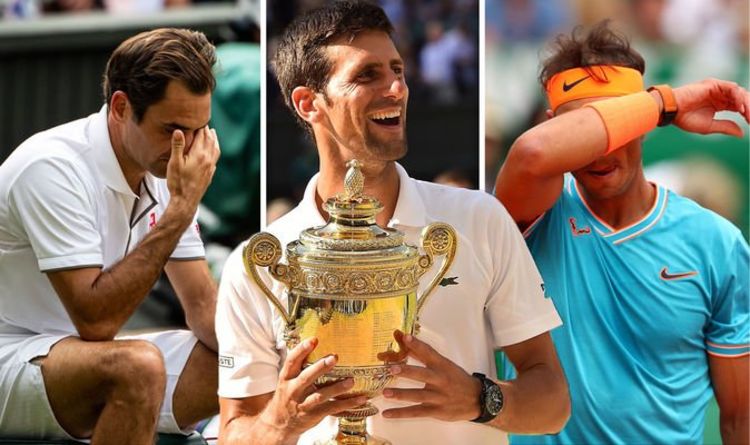 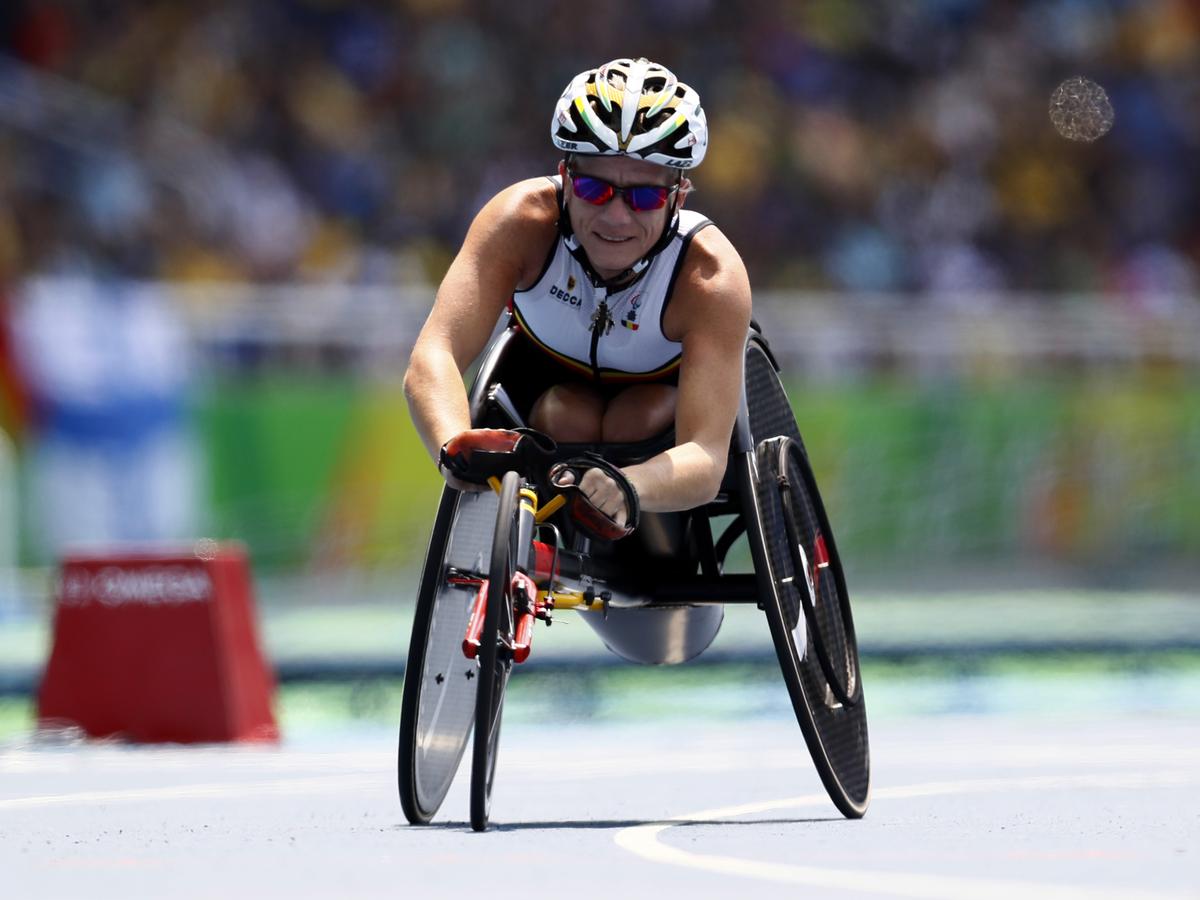 Roberto has established himself as a key player for Barcelona since breaking into the first team in the 2015/16 campaign. He’s played […]