As the world’s most commonly taken medicine, aspirin is the go-to pill for everything from headaches and hangovers to maintaining heart health.

But the wonders of aspirin don’t end there, with research suggesting its benefits range from staving off cancer to boosting the odds of pregnancy. Even perking up a man’s love life may be within its powers.

Professor Gino Martini, chief scientist at the Royal Pharmaceutical Society, says yet more uses of aspirin may emerge in time.

‘Many biochemical pathways intertwine and it takes time for us to unwind them and understand how a particular drug affects them,’ he says.

‘This means that as our understanding of a medicine increases over time, new uses can emerge. With aspirin, I am sure there are still surprises to be found.’

While many already take aspirin for headaches (typically one to three 300mg tablets every four hours), and millions also take it to prevent heart attacks and strokes (usually 75mg once a day), with so many possible added benefits, should we all be taking it? 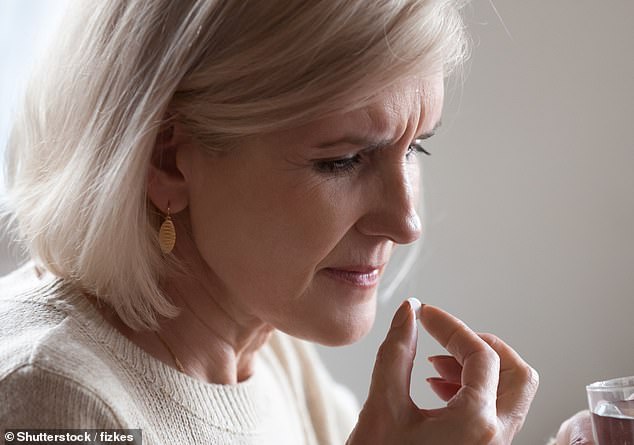 The wonders of aspirin don’t end there, with research suggesting its benefits range from staving off cancer to boosting the odds of pregnancy

Aspirin blocks the production of prostaglandins, chemical messengers that are made by almost every cell in the body and cause swelling, pain and fever. Blocking prostaglandins also helps make the blood less sticky and so reduces the risk of the clots that cause heart attacks and strokes.

The drug also increases production of nitric oxide, which relaxes blood vessels, widening them and improving blood circulation. But its benefits may not end there.

Just last week, doctors at the Christie NHS Foundation Trust revealed they are starting to trial aspirin in women with triple negative breast cancer — an aggressive form of the disease with limited treatment options.

The study of 42 patients, funded by Breast Cancer Now, will look at whether avelumab, an immunotherapy treatment that powers up the immune system to fight tumours, is more effective when aspirin is given alongside it. Studies in mice have already shown the twin treatment is effective. 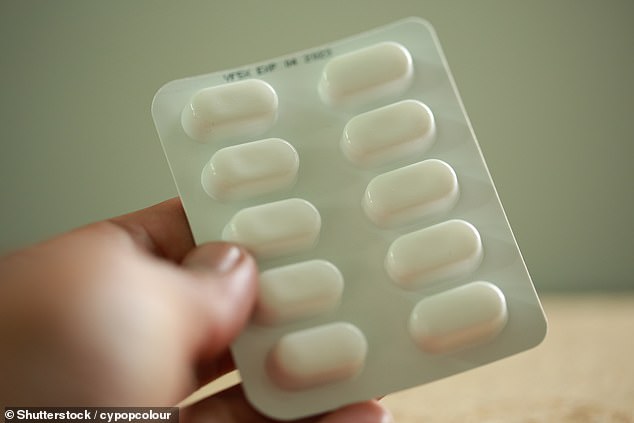 Aspirin blocks the production of prostaglandins, chemical messengers that are made by almost every cell in the body and cause swelling, pain and fever

If the human studies are successful, this could save the lives of some of the 8,000 women who develop triple negative breast cancer each year in the UK. Triple negative breast cancer cells make particular prostaglandins which help the cancer grow, so by reducing prostaglandin production, aspirin makes it harder for this to happen. Aspirin may also make it easier for cancer-fighting immune cells to infiltrate the tumour.

Evidence is growing that aspirin can cut the risk of cancer occurring. The evidence is strongest for bowel cancer, where research suggests that regularly taking aspirin may cut the risk of the condition by 25 to 30 per cent, Andrew Chan, a professor of medicine at Harvard Medical School in the U.S., told Good Health. Again, the benefits are put down to aspirin’s anti-inflammatory effect.

The large surface of the lining of the small intestine makes it particularly vulnerable to these damaging effects.

More recent research suggests that aspirin also reduces the risk of liver cancer and cancer of the oesophagus, which claim more than 13,500 lives a year between them. Cutting their risk is a ‘really high, unmet clinical need’, says Dr Chan, who takes a low-dose aspirin daily to prevent cancer.

However, currently the NHS advises that only those with Lynch syndrome, a genetic condition that increases the risk of bowel cancer, take aspirin to cut their risk of the disease.

Yet some fertility doctors suggest women trying for a baby should take a quarter of an aspirin a day. This followed a study from Utah University in 2015 which found that women who had previously miscarried were 17 per cent more likely to become pregnant within the next six months if they took daily low-dose aspirin.

The researchers said aspirin may make it easier for an embryo to implant in the womb by reducing inflammation.

Meanwhile in 2018, another of aspirin’s properties, the ability to improve circulation, was credited with tackling impotence.

Some 78 per cent of men were able to sustain an erection for intercourse after taking 100mg of aspirin daily for six weeks, compared to 31 per cent who took a placebo, the study from Istanbul Medipol University in Turkey found.

So, is it a wonder drug we should all be taking? The jury is still out, because aspirin can damage the stomach lining, causing potentially life-threatening bleeds.

Sir John Burn, a professor of clinical genetics at Newcastle University and one of the pioneers of research into aspirin and cancer, told Good Health: ‘If you are between 40 and 60 and you have considered the risk of bleeds, then a baby aspirin [75mg] or a couple of baby aspirin a day is an entirely reasonable thing to do.’

Professor Martini, is more cautious: ‘Aspirin shouldn’t be taken for granted. If you want to take it long-term, do it under medical supervision.’ 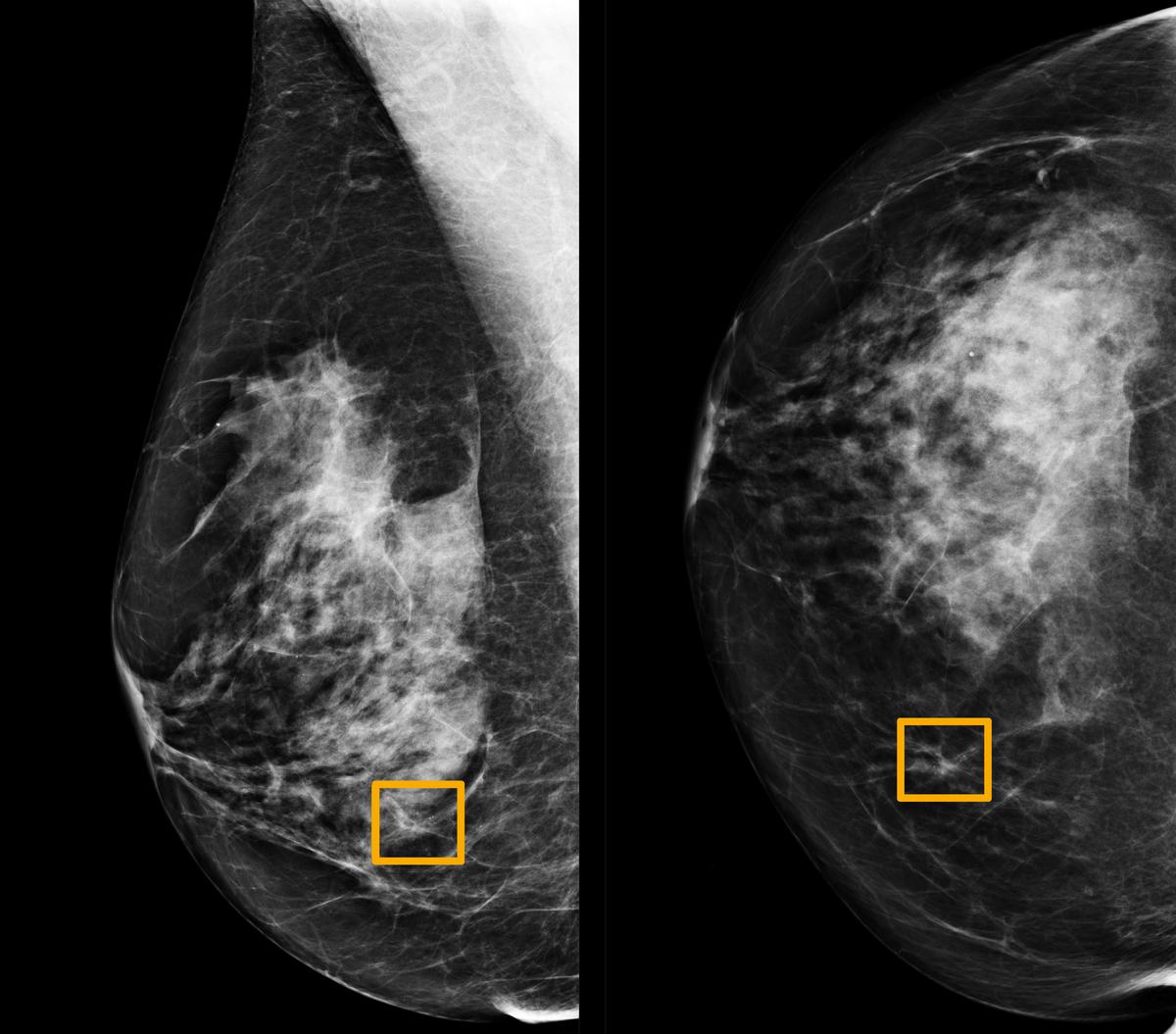 Two brothers, aged 17 and 15, who attacked an Athens subway stationmaster because he told them to wear masks on a subway […] 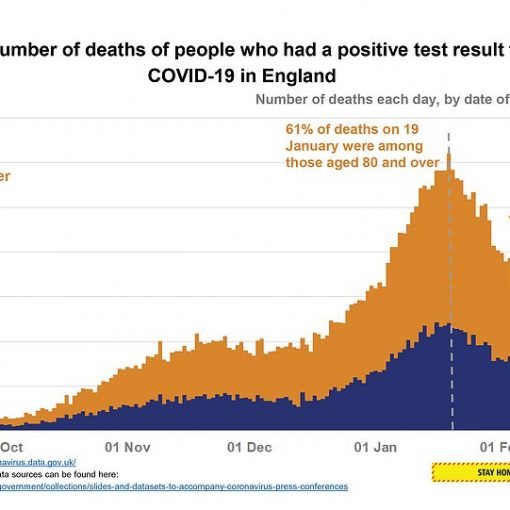