In an interview on MSNBC’s Morning Joe on Tuesday, Dr Anthony Fauci said he thinks approval will help push more Americans to get the Covid vaccine because it might reduce their fears about the safety of the shot.

But he added that businesses and schools may feel more comfortable requiring workers or students to get a jab that has full authorization.

‘You’re gonna see a lot more [vaccine] mandates because there will be institutions and organizations which previously were reluctant to require vaccinations, which will now feel much more empowered to do that,’ Fauci said.

‘That could be organizations, businesses, colleges, universities. We’re even seeing it with the military already.’

However, mandates are a contentious topic with many states outright banning laws that would require workers to be vaccinated. 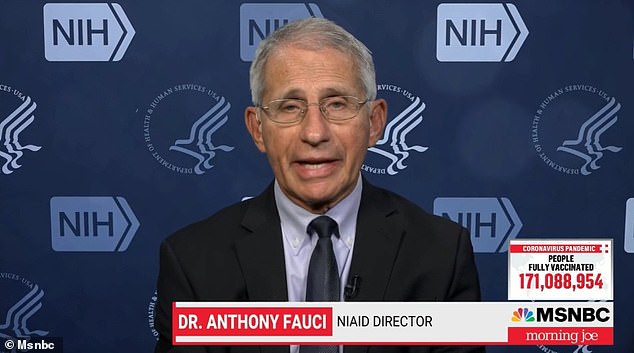 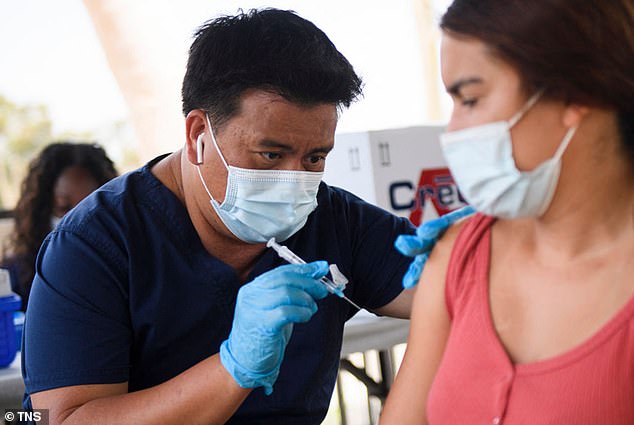 Fauci explained that organizations were likely hesitant to require vaccines only approved for emergency use. Pictured: A student receives a first dose of the Pfizer COVID-19 vaccine at the California State University Long Beach campus, August 11

Pfizer’s COVID-19 vaccine was the first to receive emergency use authorization from federal regulators in December 2020 and will now be first to be licensed.

Approval for use on an emergency basis means it was considered somewhat experimental despite data showing it is safe and effective.

Emergency use authorization (EUA) requires less clinical trial data, with the FDA only requiring two months of follow-up before approving the shot for those 16 and older last year compared to six months for full approval.

Fauci referenced a recent report from the Kaiser Family Foundation that found three in ten unvaccinated adults said they would be more likely to get vaccinated if one of the vaccines were fully approved.

‘I think that’s gonna be an important group because if you talk about 30 percent of the unvaccinated, that’s a lot of people,’ he told Morning Joe.

About 90 million Americans who are eligible to get the COVID-19 vaccine have not yet done so, according to the Centers for Disease Control and Prevention (CDC).

If 30 percent of that group decided to get vaccinated, that would mean 27 million additional Americans would be getting shots in arms.

Fauci added that more organizations will require mandates either for their workers or for customers to conduct business.

At a news conference on Monday morning, Pentagon Press Secretary John Kirby confirmed that the full approval will lead to COVID-19 vaccines being mandated for the U.S. military.

‘Now that the Pfizer vaccine has been approved, the department is prepared to issue updated guidance requiring all service members to be vaccinated. A timeline for vaccinated completion will be provided in the coming days,’ he said. 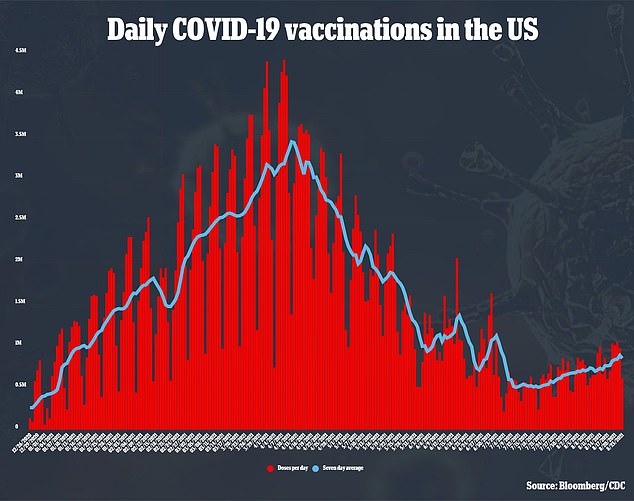 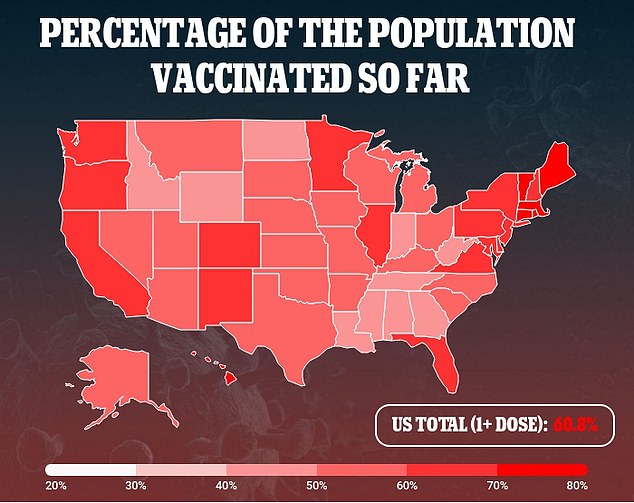 The topic of mandates has been a contentious one with many lawmakers arguing that requiring inoculations infringes on civil liberties.

However, some of these laws only applied to vaccines that are approved under emergency use, meaning they will no longer apply now that Pfizer has received full approval.

Fauci also addressed the fact that Pfizer’s vaccine can now be marketed directly to consumers, which the company will do so under the name Comirnaty.

‘The companies can now officially advertise the vaccine, which you’re not allowed to do unless you get full approval,’ he told Morning Joe.

The director of the National Institute of Allergy and Infectious Diseases said he expects the Moderna and Johnson & Johnson vaccines to be fully approved too.

‘I think it’s gonna be relatively soon because if you look at the temporal sequence of when the companies got their EUAs – and then went ahead and collected the data to submit to the FDA – that Modena is a bit behind Pfizer and J&J a bit behind Moderna,’ he said.

‘So I think sequentially you’re going to see that within a reasonable period of time. I hesitate to predict…but I would imagine it would be a matter of several weeks to a month or so.’ 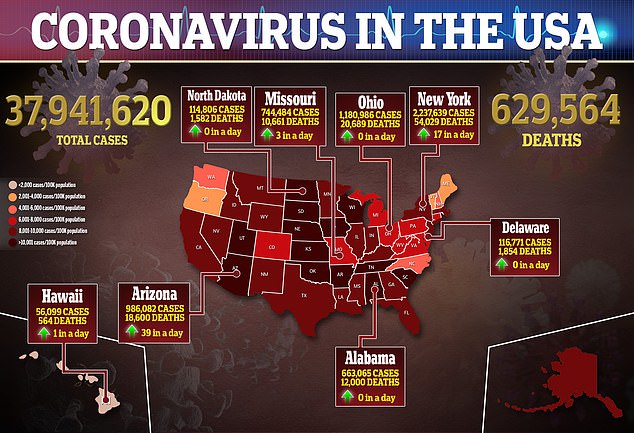 BEIJING (Reuters) – China’s National Health Commission on Sunday said the outbreak of a new strain of coronavirus is controllable, in the […]

Thousands of people, from families to far-right sympathizers, marched in cities across France for a fifth straight Saturday to denounce a COVID-19 […]

Just one day after saying he expected COVID cases to fall, the nation’s top infectious disease expert now says he fears a […]