The best PCIe 4.0 SSD is all about getting into your games as fast as humanly possible. The speeds of these next-gen drives are not to be trifled with, especially with features such as DirectStorage coming to Windows 10 and Windows 11 that’ll give a big boost for both productivity and gaming.

To take advantage of these PCIe 4.0 SSDs, you’ll need to have a PCIe 4.0 platform, so you’re limited to AMD’s Ryzen 3000-series and Ryzen 5000 processors in X570 and B550 motherboards. Intel’s 500-series motherboards, along with Rocket Lake CPUs such as the Core i9 11900K and Core i5 11600K. These SSDs will still work in PCIe 3.0 platform but expect limited performance due to the interface.

As far as capacity is concerned, we recommend a 1TB drive these days, simply because game sizes are increasing because 256GB and 512GB SSDs just aren’t cutting it anymore, and you want all your games to load quickly not just a select few. Write performance generally improves with capacity, too, so that’s another reason to go for a bigger drive. Also note, that going bigger tends to cost more as well.

Western Digital has released some quality drives lately, with the SN750 being a mainstay of our best SSD for gaming guide and the likes of the SN550 offering incredible value for money. With the release of the SN850, Western Digital gets to add another trophy to its cabinet—the fastest PCIe 4.0 SSD around. Yup, this is as good as it gets for PCIe 4.0 SSDs right now.

A quick scan down this list would have you scratching your head a bit at this, as the Phison E18-powered Sabrent Rocket 4 Plus has higher quoted sequential read and write figures. And while it’s true that the SN850 trails slightly in some of the synthetic benchmarks, we put more weight on the real-world tests, and here the SN850 is head and shoulders above anything else in this group test. It’s the fastest at the FFXIV game load and PCMark10’s full storage test, and it isn’t exactly sluggish in straight throughput either—managing 5,920MB/s reads and 5,021MB/s writes in AS SSD.

It shouldn’t come as much of a shock to discover that this incredible performance comes at a cost, and this drive is definitely at the pricier end of the spectrum, working out at $0.23/GB. It’s also a toasty drive, hitting 77°C in operation. This shouldn’t be a problem in a well-ventilated case but maybe an issue in a more cramped system. Still, if you want the fastest drive around, this is it.

The best value second-gen PCIe 4.0 SSD you can buy

–Not quite so fast in real world tests

The Sabrent Rocket 4 Plus is the first drive in the lab to use the new Phison E18 controller, which is the follow-up to the immensely popular Phison E16 controller found in basically every first-gen PCIe 4.0 drive. Offering peak reads of 7,100MB/s and writes of 6,600MB/s, it’s not only a major step up from the first generation of PCIe 4.0 drives but a notable improvement over the Samsung 980 Pro, especially in terms of write performance.

In testing, this performance was born out too, with the faster write performance dominating Samsung’s drive in the write tests. Real-world performance didn’t always tell the same story, although the differences between these top three drives can be slight. Even so, you’re looking at AS SSD hitting 5,868MB/s for reads and 5,630MB/s for writes. Impressive stuff.

An important factor here is that the Sabrent Rocket 4 Plus is the cheapest of these second-generation drives. The performance is so close that it makes the Sabrent SSD the sensible choice if you don’t need the absolute best performance around. This drive also runs cooler than the SN850, which may be a factor if you’re looking for a drive for a cramped case.

A reliable drive that’s just a bit too pricey

–Unexciting 300TBW endurance–Not quite the fastest around

Samsung has been the go-to brand for plenty of generations of SSD storage, so its first PCIe 4.0 offering was hotly anticipated. It managed to top the synthetic performance charts at release but didn’t impress quite so much in the real-world tests and was too expensive. It has also seen its performance lead destroyed by the Sabrent Rocket 4 Plus and the WD Black SN850, pushing it into third place in most tests.

That said, this is still an impressive drive, and if you don’t mind spending slightly over the odds for a second-generation PCIe 4.0 drive, you’ll be rewarded with a speedy chunk of storage. It’s much faster than the first generation drives in every synthetic test, although the improvements in the real world can be marginal. AS SSD produced peak sequential reads of 5,495MB/s, which are great, and writes of 3,805MB/s, limited by the number of channels used in the 500GB model Samsung sent for review.

Samsung has recently released the 2TB version of this drive, which at $430 represents better value for money ($0.22/GB), and while the writes are notably better, they still lag behind the SN850 and Rocket 4 Plus. It would seem that for this generation, Samsung is content to pass the banner to Western Digital for the best SSD money can buy.

Silicon Power isn’t as big a name for consumers as some of the storage behemoths here, but with pricing as good as this, it’s not a brand you should ignore. Silicon Power basically took the same components as every other first-generation PCIe 4.0 manufacturer and bundled them cheaper than anyone else. Compare the specs of this drive to those of the first-gen Sabrent Rocket, and you’d be forgiven for thinking we’d copied and pasted them. They’re essentially the same drives, apart from the price. This 2TB is $30 cheaper.

You do get slightly less for your money—there’s no drive migration software to be found here, and where Sabrent has a thin copper heatsink on its drive, the US70 has a sticker. Still, there was no evidence of heat being an issue, and if you’re buying a new SSD, then reinstalling Windows 10 afresh isn’t a bad idea.

Performance is healthy too, and indistinguishable from other drives using the same core of the Phison E16 controller and Toshiba 96-layer TLC NAND. You’re looking at sequential read and write speeds of 4,172MB/s and 3,794MB/s in AS SSD, which are both healthy for incompressible data, and well above what you’ll see from even the latest PCIe 3.0 drives. Overall, this is a big, fast drive for really not much cash.

A solid all-round package for not a lot of cash

Sabrent has plenty of quality drives in its arsenal, but the Rocket 4 2TB stands out for offering a great all-around package at a reasonable price. Now we’re beset with second-generation PCIe 4.0 SSDs. It’s lost some of its shine, but only in the sense that it’s no longer up there with the best drives around when it comes to peak synthetic throughput. In practical terms, this is still a great offering, and if your budget doesn’t quite stretch to the newest drives, this is worth picking up.

Powered by the powerful combo of the Phison E16 controller and Toshiba 96-layer TLC NAND flash, this is the drive that really put Sabrent on the map for us and showed that having the right components is key to a quality SSD. The fact that you get a copy of Acronis TrueImage means that migrating to the new drive is a breeze, while the Sabrent Toolbox makes checking your SSD straightforward.

Performance is impressive, thanks to a healthy amount of overprovisioning, SLC cache, and DRAM. In testing, it managed peak sequential read and writes in AS SSD (using incompressible data) of 4,205MB/s and 3,749MB/s, which is decent for a first-gen drive. As with Sabrent’s other offerings, you can also pick this up with a heatsink bundled for an extra $20—useful if your motherboard doesn’t come with a heatsink for the M.2 slots.

–Can’t quite compete with 2nd-gen SSDs

Back when PCIe 4 storage was in its infancy, AMD shipped out the review kits for its first Zen 2 processors with one of these impossibly speedy drives in tow to show off what the new interface was capable of. At the time, there were lots of fast PCIe 3.0 drives doing the rounds, but nothing could touch the sequential throughput on offer here. The Force MP600 range has stood the test of time well, too, thanks to some keen pricing along the way.

Performance-wise you’re looking at peak sequential reads and writes ever so slightly behind more recent first-gen offerings, but really only just. So while reading and writing compressible data is a tad slower, when it comes to incompressible data, the reads of 4,196MB/s and writes of 3,773MB/s are pretty much indistinguishable from the Sabrent and Silicon Power offerings.

One thing in the MP600’s favor is that it ships with its own heatsink as standard. This helps keep operating temperatures down and ensures that the drive doesn’t throttle when pushed—particularly useful if your motherboard doesn’t have M.2 heatsinks as standard. It is a tad more expensive than the other drives here, but you do get that cooler. Overall, this is still a quality drive.

If you want the absolute fastest drives available, then PCIe 4.0 SSDs are the way to go. They’re quicker than any PCIe 3.0 drive and will make large file transfers for such things as video editing lightning fast. They will also be prepared for the future of gaming in Windows 11. The DirectStorage feature is used to take the load off the CPU and fire data directly at the graphics card to improve performance and shorten, or even remove, load times in tomorrow’s open-world games.

Yes, you can. The M.2 socket is identical between the two generations of interface, and so a PCIe 4.0 SSD will fit comfortably inside a PCIe 3.0 slot. They will also function perfectly well, except the Gen4 drive will be limited by the speed of the older interface.

That is is theoretically 4GB/s, but it is actually closer to 3,500MB/s due to various overheads. PCIe 4.0 SSDs do cost more than their PCIe 3.0 counterparts, though, so unless you’re planning to upgrade to a supporting platform soon, it’s probably worth sticking with a more affordable PCIe 3.0 drive.

We put every SSD we get in the PC Gamer labs through their paces in various benchmarks made up of a mix of synthetic tests and real-world applications. To ascertain a drives sequential throughput, we use ATTO SSD Benchmark for compressible data (a best-case scenario) and AS SSD for incompressible data (more realistic). We also test random throughput with AS SSD and a combination of CrystalDiskMark 7.0 and Anvil Pro.

When it comes to real-world tests, we time how long it takes to copy a 30GB game install across the drive and use PCMark10 and Final Fantasy XIV: Shadowbringers, which includes a level load test. We also check operating temperatures to ensure that the drive isn’t getting too hot and throttling.

As big as you can afford. At the very least, you want the room to install Windows 10 and a few of your most played games. As games get bigger, we increasingly see 500GB as being a bit cramped, and if you’re buying for the long term, then a 1TB makes more sense. Newer models appear to start at 500GB, so there are not many options below that much of the time anyway. 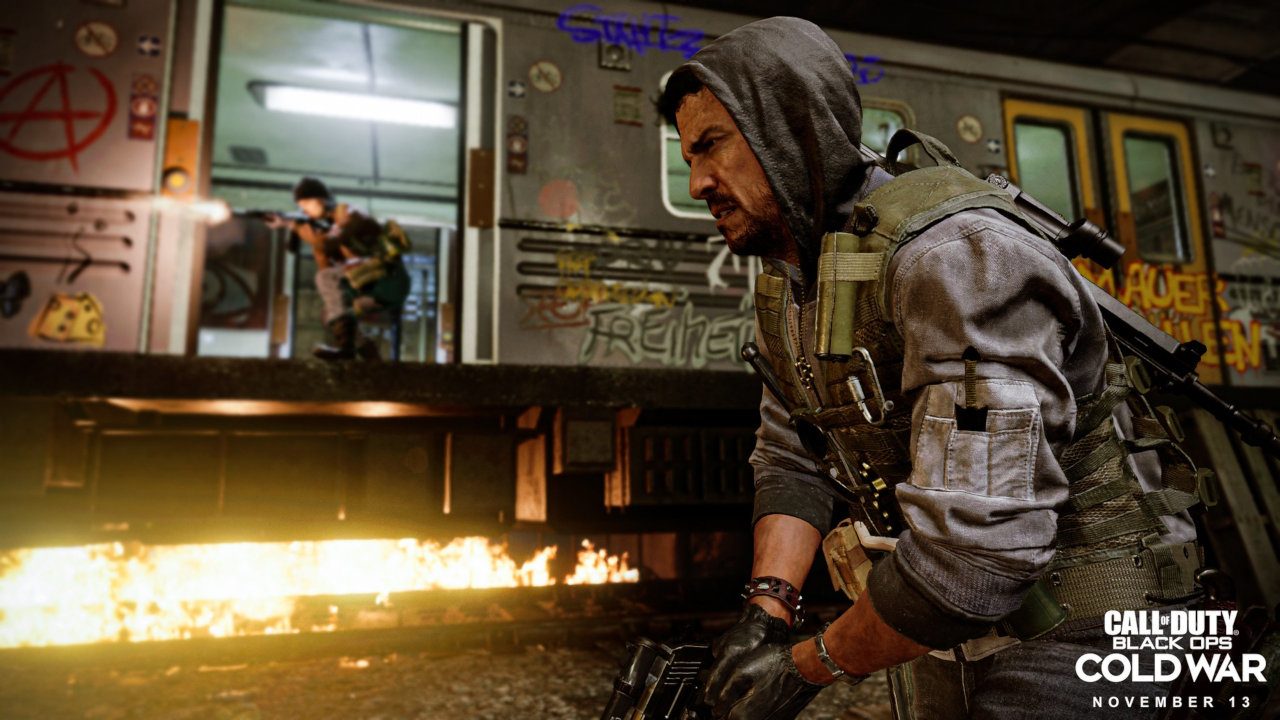 Ready to make history? Call of Duty: Black Ops Cold War marks the epic return to one of the most thrilling and […] 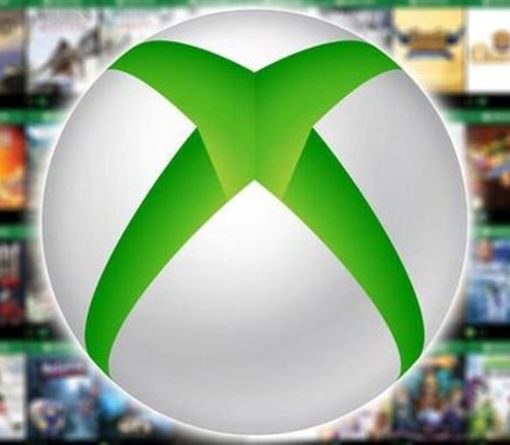 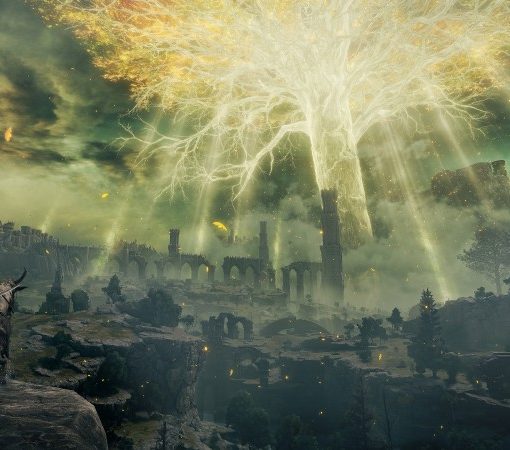 Video games unsurprisingly take a long time to create, and the process unfolds in different ways for every game. Elden Ring is […]

Today was momentous for the global team working hard to bring Earth’s Mightiest Heroes to your homes. Marvel’s Avengers represents a worldwide […]