A leaked memo from an official at US Central Command reportedly describes the Biden administration’s housing situation for Afghan refugees at the Al Udeid air base in Qatar as a ‘living hell’ where ‘trash, urine, fecal matter, spilled liquids and vomit cover the floors.’

‘Hangar update. They now have a rat problem,’ the message states.

US evacuation flights to the base were temporarily halted that same day due to overcrowding.

A total of 57 coalition flights and 37 US military flights evacuated roughly 21,600 people from Kabul within 24 hours as of 3 a.m. this morning, according to White House numbers released early Tuesday.

Al Udeid has the capacity to accommodate roughly 10,000 people.

Hangars at Al Udeid Air Base filled with refugees late last week. The leaked memo claimed at least one hangar has a ‘rat problem’ 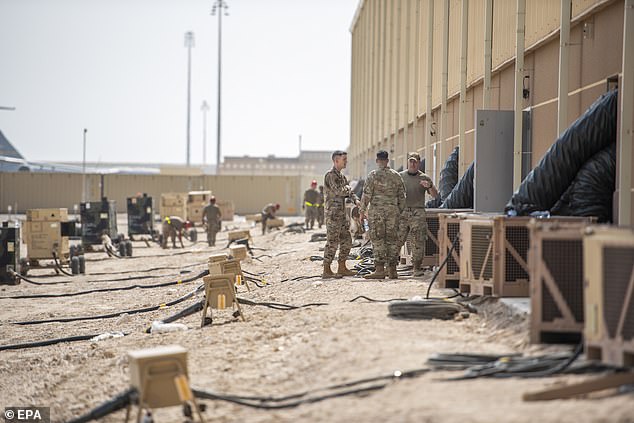 US military service members prepare a facility housing refugees with generators and air conditioning. A leaked memo from last week indicated the base, located in a desert, had no air conditioners set up

The White House has been touting its ramped-up evacuation effort this week after President Joe Biden was widely criticized for leaving American citizens, vulnerable Afghans, Afghans who aided US forces, and US military technology to the Taliban.

But the memo, obtained by Axios, indicates that the government wasn’t ready for the influx of people fleeing the militant group. 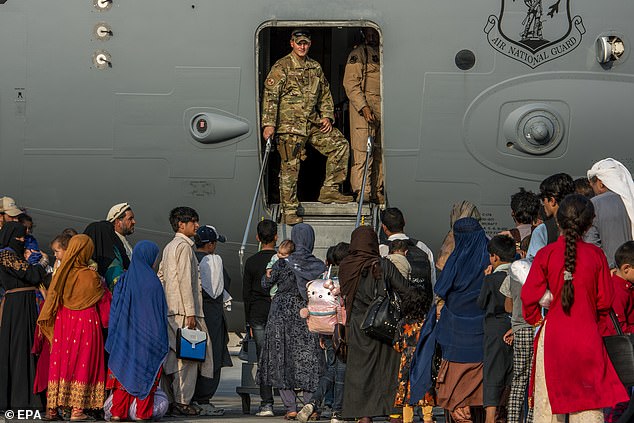 Service members prepare to board evacuees onto a C-17 at Al Udeid Air Base. The State Department has said ‘more than 3,700’ people were sent to the US, Germany and Italy after staying at Al Udeid

‘Another flight arrived and there’s no resources to solve the sanitation problem,’ the message reads.

‘These human beings are in a living nightmare.’ 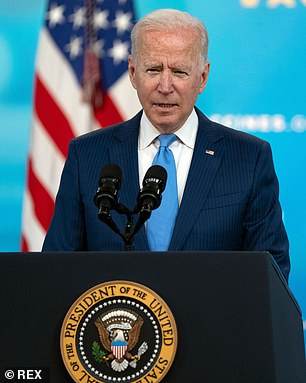 ‘We’re in the middle of humanitarian crises [sic] that compounds itself with every flight that lands in Doha.’

One official described conditions as ‘brutally hot’ and ‘in the middle of a desert.’

Sullivan insisted that he was not ‘downplaying the conditions in Kabul’ or the circumstances Afghans ‘are escaping from,’ but points out that ‘the current conditions in Doha are of our own doing.’

‘I want to make sure all of you are fully tracking’ the ‘life-threatening humanitarian disaster,’ he wrote to officials.

Major General Hank Taylor appeared to indirectly address the situation at Al Udeid, vowing in a press briefing Tuesday that the Pentagon is ‘focused on building capacity’ at staging areas like the Qatar bases.

‘We are committed to doing more, and to continue to expand and improve our facilities- from adding shelter, to additional sanitation, handwashing stations, refrigerator trucks, providing cold water and the appropriate food, and we’re working with our partners to increase this capacity.’

The Pentagon installed more than 100 toilets in the area and is offering 7,000 traditional Afghan meals three times per day in an effort to improve conditions, the department told Axios. 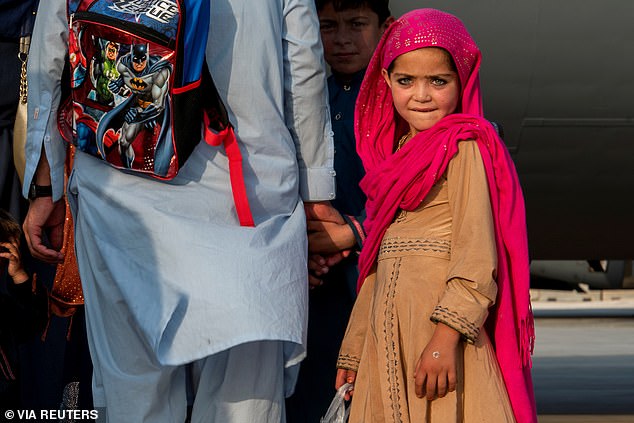 The State Department told DailyMail.com in a statement it is ‘working quickly to alleviate bottlenecks and are surging consular personnel in Qatar, in addition to expediting manifesting, to alleviate current conditions.’

“A humid day today. Where the Afghans are housed is a living hell. Trash, urine, fecal matter, spilled liquids and vomit cover the floors.”

“I spent an hour in there picking up trash… almost suffocated.”

“Another flight arrived and there’s no resources to solve the sanitation problem.”

“These human beings are in a living nightmare.”

“We’re in the middle of humanitarian crises [sic] that compounds itself with every flight that lands in Doha.”

“Hangar update. They now have a rat problem.”

‘The State Department and Department of Defense have been in incredibly close coordination at every level, along with the rest of the interagency, to stand up these transit points and ensure that they are safe and have adequate provisions for those temporarily being housed. We have also worked closely to address issues as they arise and improve conditions as we learn of concerns,’ a State Department spokesperson said.

They said the department is trying to process refugees for onward destinations within a few days of their arrival.

But an anonymous government official told Axios the State Department has not properly advised the Pentagon on housing facilities for refugees.

They accused the department and the White House of ‘inadequate forethought and contingency planning.’

Al Udeid is one of the closest staging areas the US has to Afghanistan.

US flights there were temporarily halted Friday – the same day Sullivan sent the memo – after it reached capacity and officials labeled it a ‘humanitarian disaster.’

But domestically, the US is looking to expand its intake of Afghans after they’re processed at staging areas like Al Udeid.

Pentagon spokesman John Kirby said on Monday that about 25,000 Afghan special immigrant visa (SIV) applicants will likely be resettled in the US along with their relatives.

The number is slightly higher than 22,000 SIVs the Pentagon said would be resettled last week.

Meanwhile US military bases in Wisconsin, Virginia, Texas and New Jersey are working to increase capacity for thousands of refugee arrivals.

‘Our installations continue to rapidly build out capacity as needed to ensure reception, and providing humanitarian assistance,’ Major General Hank Taylor said at the briefing with Kirby.

At Wisconsin’s Fort McCoy Army base, nearly 1,000 service members across multiple units are working on getting refugees adequate housing and support, a local NBC affiliate reports.

The base began taking in Afghan refugees on Sunday and is housing SIVs, their families and other vulnerable civilians.

At least 3,300 Americans have been evacuated since August 14. The Associated Press reported last week that up to 15,000 US nationals could still be in Afghanistan. 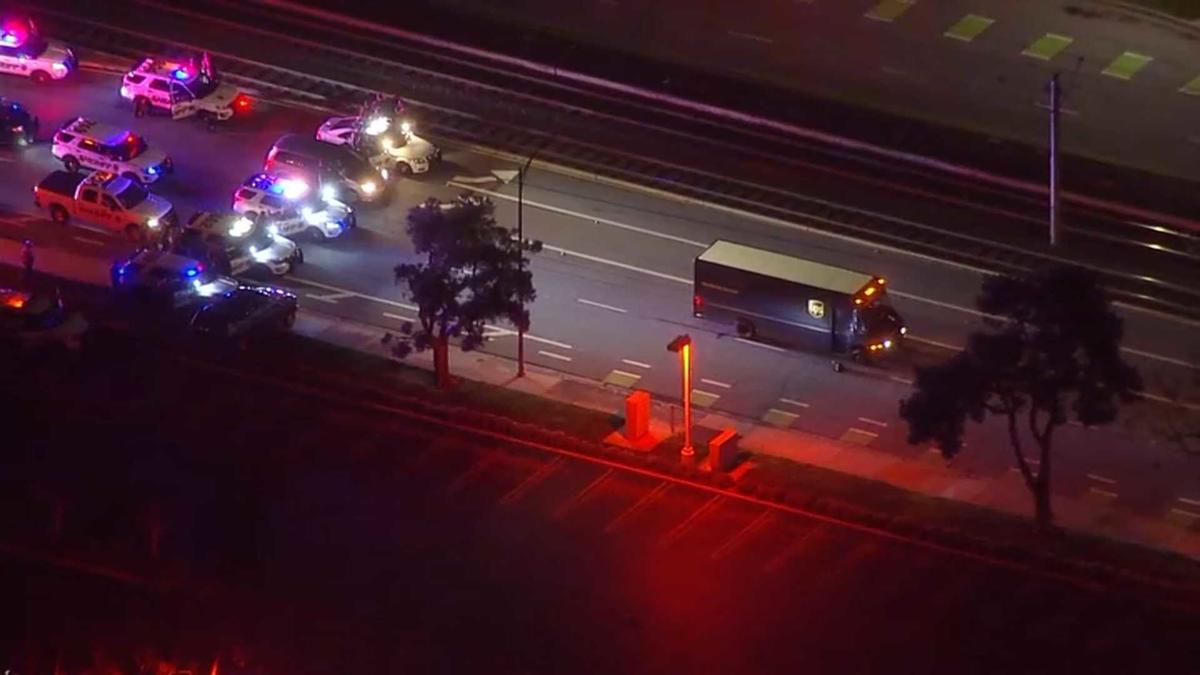 An armed man who hijacked a UPS truck tried to run from a tense, hourslong standoff with police in San Jose but […] 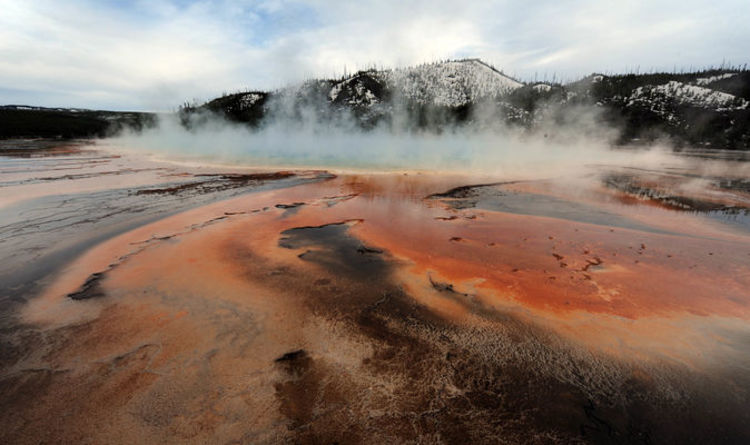 Yellowstone National Park (YNP) is located in Wyoming. However, there’s an area of the park that crosses the border into Idaho and […] 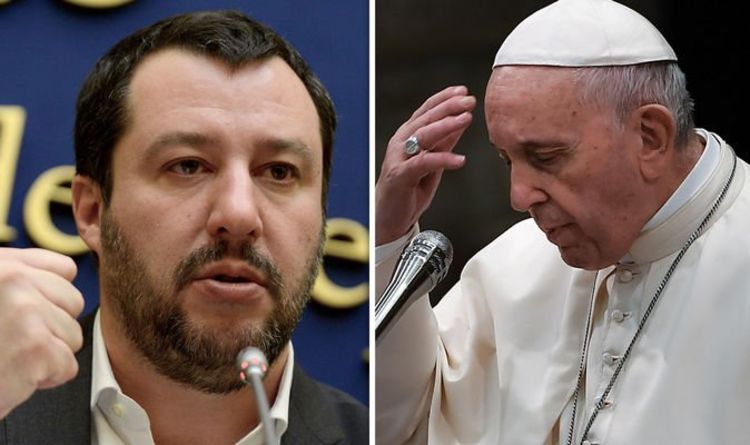 The current tenure of Pope Francis has been one of the most polarising moments in the history of the Catholic Church, as […]