Anderson, who was known as ‘The Original’, regularly competed at the PDC World Championships, and reached the last-32 five times.

No cause of death has been revealed, but two weeks ago he posted a picture of himself on Instagram seemingly showing him in hospital.

It was captioned, ‘Getting all too regular now.’

Anderson batted with coronavirus last year after contracting the disease, and was forced to isolate away from his family. He also suffered from diabetes. 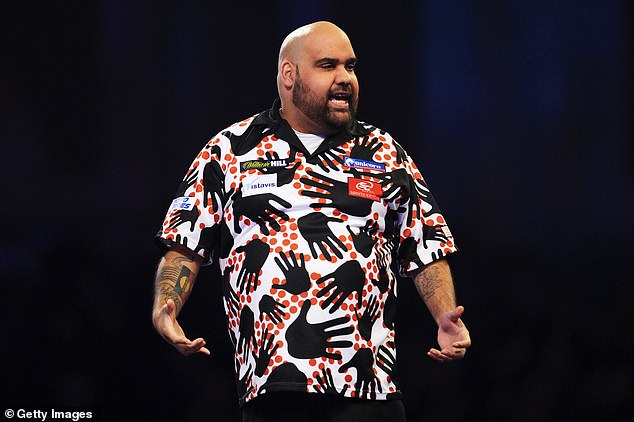 PDC darts star Kyle Anderson has passed away aged just 33, it has tragically been confirmed 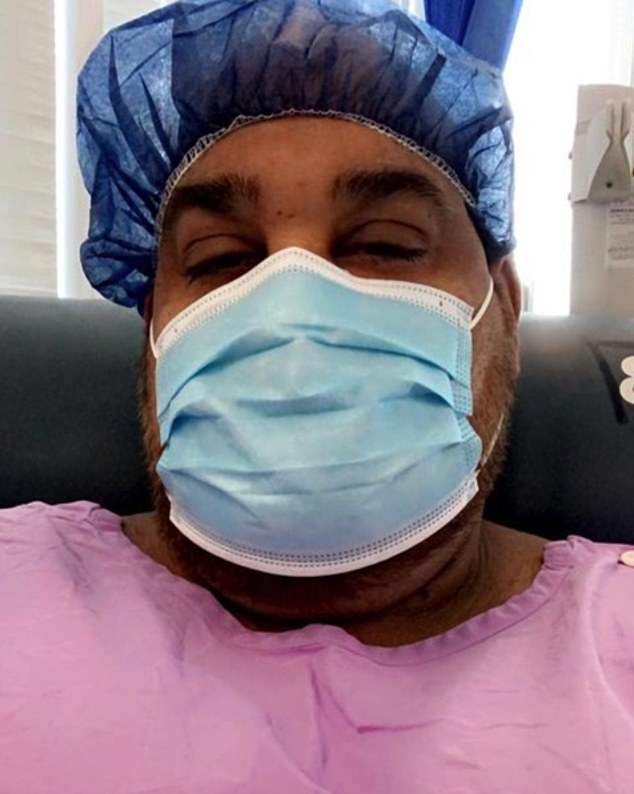 A photo showed Anderson in hospital two weeks ago, and he said the trips were ‘all too regular’

I am absolutely devastated to hear Kyle Anderson has passed away. A nicer person you could not wish to meet. A lovely man and good https://t.co/ihc4w1CN0y thoughts are with his young family,,,RIP bud,,,so so sad😞

‘I am absolutely devastated to hear Kyle Anderson has passed away,’ he wrote.

‘A nicer person you could not wish to meet. A lovely man and good friend. My thoughts are with his young family. RIP bud. So, so sad.’

In a sombre statement, the PDC have said they ‘send their condolences to Kyle’s family and friends’.

They added: ‘We’re devastated to learn that Australia’s Kyle Anderson, the 2017 Auckland Darts Masters champion, has passed away, aged 33.’ 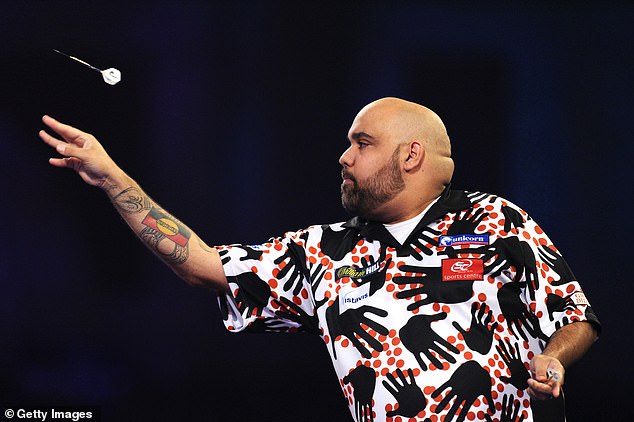 He has played in the PDC since 2012, and a number of his colleagues and friends have expressed their heartbreak after his passing.

Anderson returned to his native Australia in March last year, at the start of the Covid-19 pandemic, after events across the darts calendar were suspended.

He did not choose to return to the tour, having officially resigned his PDC card.

‘After playing in today’s DPA event and with the ongoing pandemic, I had another long chat with my management with the outcome being to relinquish my Tour Card with immediate effect,’ he revealed at the time.

‘I have had a great seven years in the PDC but I have a new child on the way next month, so it’s only fair that I give my Tour Card up so that another rising star can try to achieve their dream.

‘I would like to thank the PDC for the amazing opportunity that I had been given, and I will hopefully be seeing everyone again in the World Series in Australia.’ 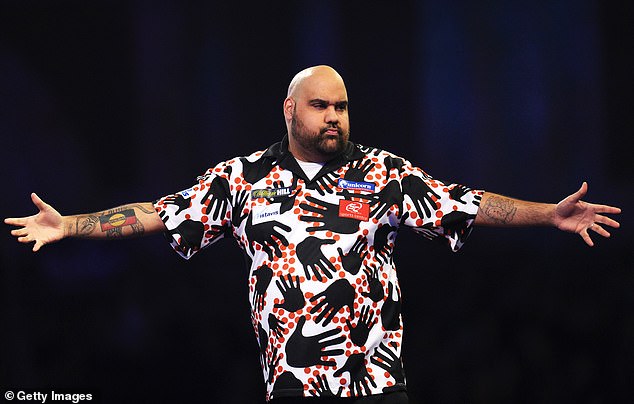 Opening up on his bout with coronavirus last year, Anderson admitted he considered stepping away from darts for good, and also opened up on his health.

‘At the end of last year, I was looking at quitting the game and not going back because it got that hard for me,’ he told Sky Sports.

‘Health-wise as well. When your health starts deteriorating, all you want to do is be with your family because you’re more comfortable, you’re more confident in what’s going to happen.

‘But with me being away, waking up with my diabetes being horrible to me, I got worried that something is going to happen here when I can’t fly home, I’d have to stay here and get fixed over here.

‘If something’s going to happen, it’s got to happen at home with the family.’

Phil Taylor has also paid his respects this morning. On Twitter, he posted: ‘What terrible news to wake up to what a nice friendly man.

‘@KyleDarts RIP pal. Thoughts go to all your family.’

Gerwyn Price, the current World No 1, said it is a ‘sad day for darts’, and described the news as ‘unbelievable’. ‘What a great guy,’ he added on Instagram. ‘RIP.’

Phil Taylor led the tributes to Anderson after his passing, and said he was a ‘nice, friendly man’

Absolutely gutted hearing the news this morning. RIP Kyle Anderson. The darts world hasn’t been the same with you not around brother. You always made me laugh every time we met. Never a dull moment with you around. We are all gonna miss you mate. Xx 😢 pic.twitter.com/9C2etqmNII

‘A lovely man and always fun to be with, very sorry to hear about Kyle,’ Michael Van Gerwen has said.

‘A credit to Australian and world darts. RIP mate.’

Stephen Bunting has also penned a touching tribute, saying he has been left ‘absolutely gutted’.

‘RIP Kyle Anderson. The darts world hasn’t been the same with you not around brother,’ he wrote. ‘You always made me laugh every time we met.

‘Never a dull moment with you around. We are all gonna miss you mate.’

Anderson was one of just eight players to have hit a nine-dart finish at the PDC World Championships, achieving darts’ holy grail in 2013. 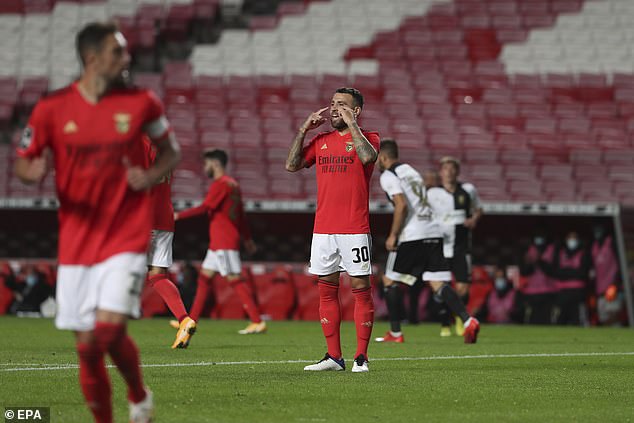 Two goals gifted and a penalty conceded: it is fair to say that Nicolas Otamendi’s Benfica bow is up there with the […]

Antoine Griezmann said goodbye to Diego Godín on Sunday and to everyone else three days later. Late on Tuesday night, a year […]