A mere 2,500 Americans have been evacuated from Kabul over the last week, US officials said Saturday, adding that Washington is fighting against “time and space” to get people out of Afghanistan.

Major General William Taylor said that a total of 17,000 people have so far been evacuated including the 2,500 Americans.

President Biden in an interview on Wednesday said that between 10,000 and 15,000 Americans remain in the Taliban-controlled country.

Pentagon spokesman John Kirby on Saturday said he did not have a “perfect figure” on how many Americans remain in Kabul and Afghanistan.

“That’s the race that we’re in right now,” Kirby said. “And we’re trying to do this as quickly and as safely as possible. I’m not going to speculate about whether windows are closing or opening. We’re focused on accomplishing this mission as fast as we can.”

Biden is now considering commandeering commercial flights to assist with the mammoth effort, according to a report.

The Department of Defense has notified contracted airlines that it may activate the Civil Reserve Air Fleet [CRAF] — created in 1952 after the Berlin Airlift —  which would add nearly 20 commercial planes from five airlines to evacuation efforts, the Wall Street Journal reported Saturday.

These planes — staffed by commercial pilots and crews–  would not fly directly into Kabul, where the airport is still secured by US military forces, but would instead fly stranded Afghans and others to US military bases in Qatar, Bahrain and Germany to bring them to the United States, the Journal said.

The civilian help would be an immense relief for the military, which has been scrambling to get Americans and Afghan allies out of the country. The Pentagon said Saturday it had evacuated 3,800 people in just the last 24 hours, and as many as 6,000 in a single day on Thursday.

CRAF is authorized under the Defense Production Act, and was most recently used to fly COVID-19 equipment to places in the country in need, according to the Journal. It was last used in the Middle East in 2003 and 1990.

Fort Dix in Lakehurst, New Jersey has erected a tent city and installed equipment in preparation to host evacuees as soon as next week, officials said.

Other bases across the country are being considered to house individuals, including Fort Pickett in Virginia, Camp Atterbury in Indiana, Camp Hunter-Liggett in California and Fort Chaffee in Arkansas, the Journal reported. US bases abroad in Japan, Korea, Germany, Kosovo, Bahrain and Italy are also being considered.

According to the Journal, airlines were notified that the reserve fleet might be enacted on Friday by the US Transportation Command, a part of the military.

Additionally,the Transportation Department granted foreign aircraft that would typically have permission to land in the country blanket authority to conduct government-sponsored evacuation flights to U.S. airports until Sept. 30, the paper reported.

The United Airlines flight attendant’s union issued a statement to members informing them that a bidding process to work those flights — which includes higher pay — will begin “immediately,” according to the report.

“In order for United to be prepared in the event the United States Department of Defense advises United Airlines CRAF has been activated, bidding for CRAF operations must be undertaken immediately and over a very abbreviated time period,” the union wrote.

Stage 1 of activating the fleet ,which is expected, would include just a few aircraft, while Stage 2 would call for up 100 aircraft and disrupt global flights, officials told the Journal. 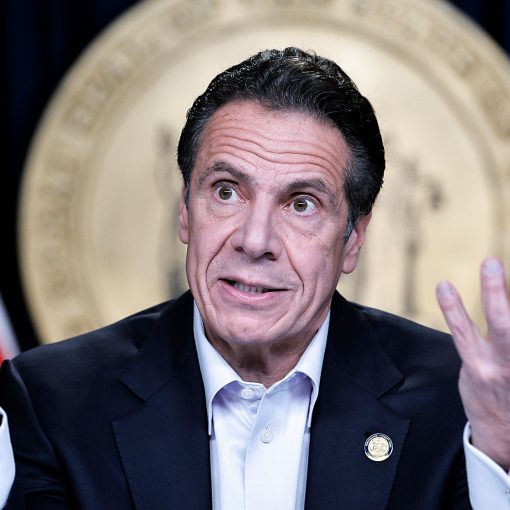 While Gov. Andrew Cuomo was securing a reported $4 million deal to write a book on his pandemic “leadership,” he and his […]

Mixed reaction to President Donald Trump’s condemnation of pro-football players kneeling during the National Anthem continued Monday, as did the protests that […]