Manchester City’s hopes of landing £150million-rated striker Harry Kane before the end of the window have reportedly been dealt a major blow.

The Sunday Times report that Kane, 28, is now increasingly likely to remain at Tottenham for at least one more season.

Chairman Daniel Levy is believed to be ‘digging in’ amid City’s interest and it is said Pep Guardiola’s side have ‘left it too late’ to negotiate for the England captain. 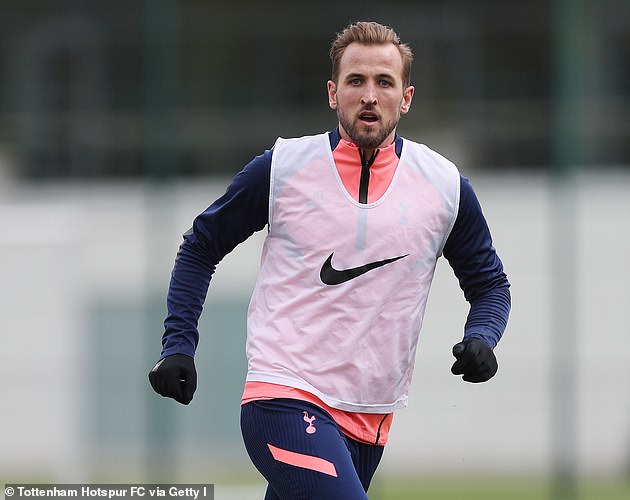 There are 17 days remaining of the summer transfer window and the report adds that the limited time left to strike a mega deal for Kane means he is likely to commit to Tottenham for at least one more season.

At the end of the campaign he will have two years remaining on his contract and is then once again likely to evaluate his future.

Levy has always been a fiercely determined chairman at Tottenham and has often kept players against their wishes. 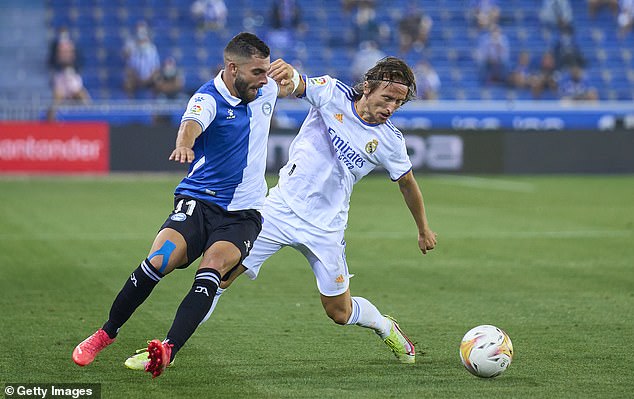 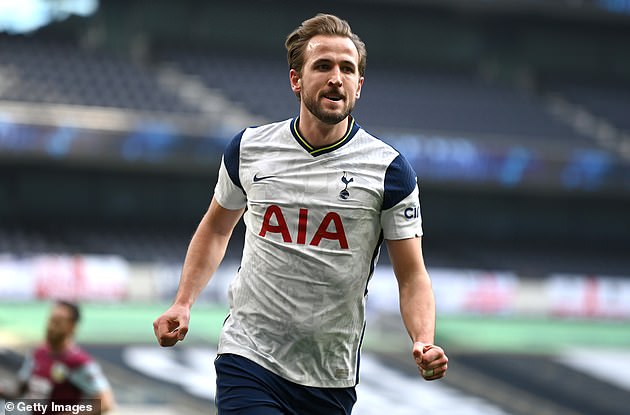 Chelsea attempted to prise Luka Modric out of Spurs in 2011 but Levy refuted any offers and sold him to Real Madrid a year later with Moussa Dembele arriving as a replacement.

Replacing Kane would be a sizeable task so late in the window and despite agreeing a £60m fee with Inter Milan for Lautaro Martinez, they seem no closer to bringing the Argentine in as he looks to stay in Italy.

Kane returned to training on Friday after returning a negative PCR test and Sportsmail exclusively revealed that he will make himself available to play against Man City on Sunday.

The striker had to provide a negative Covid test to allow him to end his quarantine following an extended holiday in the Bahamas and USA.

Boss Nuno Espirito Santo will now decide whether Kane can be included in his match-day squad for his first game in charge after Saturday’s session. 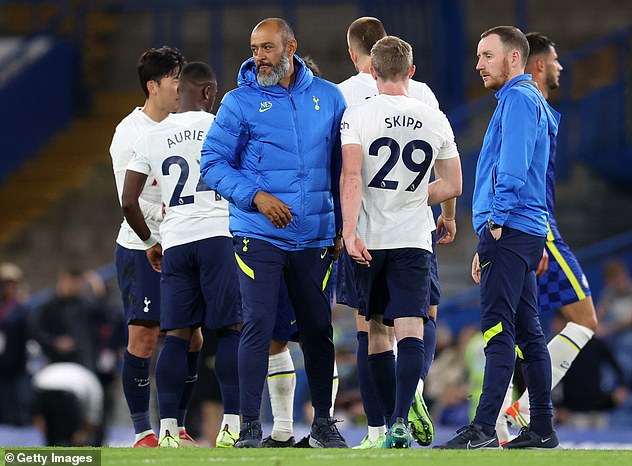 Kane’s professionalism was questioned over the past fortnight after skipping the start of his pre-season training schedule in an effort to force a move to City — but he is prepared to feature for Spurs again, even though his intention to leave is clear.

‘He trained. We had a talk. Of course it’s a private conversation but everything is OK. He is here with us and preparing himself.’

City boss Pep Guardiola was also asked about Kane on Friday but, unlike in his previous press conference, refused to discuss the potential transfer.

‘He’s a Tottenham player,’ Guardiola said. ‘I made an exception last time but usually I don’t talk about transfers. It’s not my business. That’s all.’

He was expected to report back last Monday but remained on holiday and quarantine rules meant he was required to train alone before passing a test-to-release test on Thursday. 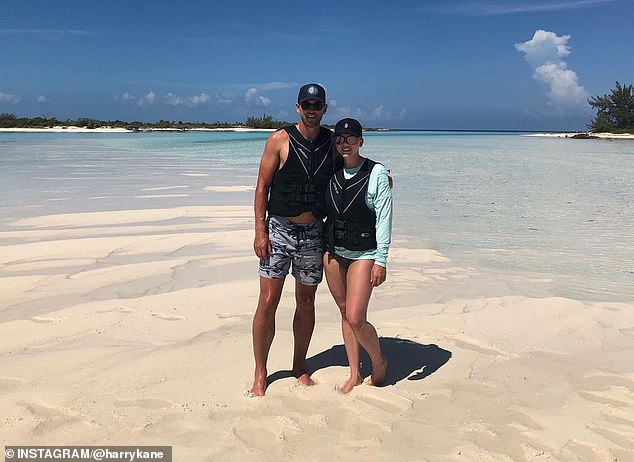 Kane, pictured here on a different break, went on holiday to the Bahamas after Euro 2020 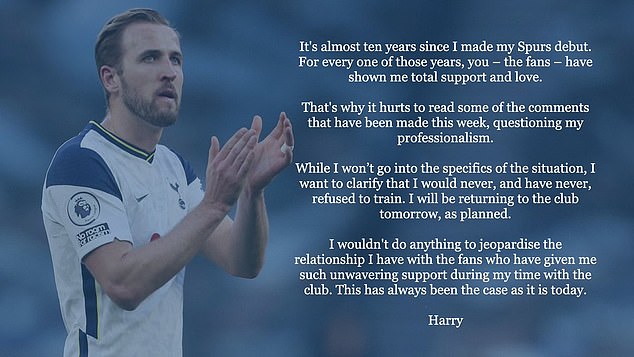 With his professionalism under scrutiny Kane put out a statement on social media strenuously denying he was refusing to train in a bid to force through a move.

‘It hurts to read some of the comments that have been made this week, questioning my professionalism,’ said Kane.

‘While I won’t go into the specifics of the situation, I want to clarify that I would never, and have never, refused to train. I will be returning to the club tomorrow (Saturday), as planned.

‘I wouldn’t do anything to jeopardise the relationship I have with the fans who’ve given me such unwavering support.’

As he sat overlooking the Mediterranean, sipping a cafe au lait, Manu Tuilagi smiled wryly to himself. No need to jump into […]

Twenty-two years ago in Indian Wells, a 16-year-old Venus Williams, still ranked only 211th in the world, was reeling from a brutal […] 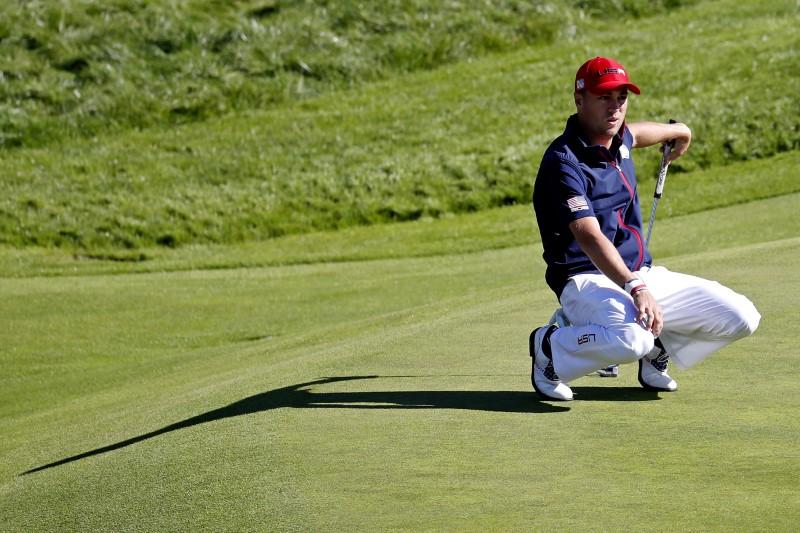 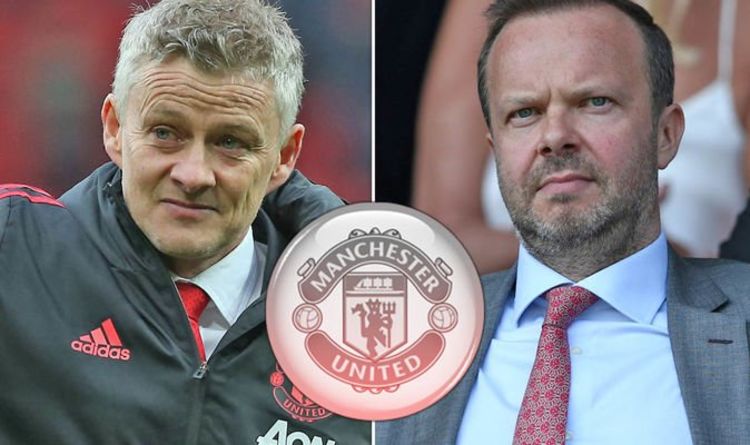 Manchester United boss Solskjaer is relying on Woodward for transfers this summer, with a defender, two midfielders and a forward still on […]