As Brentford prepare for their Premier League debut on Friday night against Arsenal, only a few of their supporters will remember their previous season in the top flight. It is neatly symmetrical that their last match at this level, on 26 May 1947, just happened to be at home to Arsenal. The day before, England played Portugal in a friendly in Lisbon, running out convincing winners by 10-0 with four goals each from Tommy Lawton and Stan Mortensen, and one apiece for Tom Finney and Stanley Matthews.

Brentford had already been relegated before they met Arsenal in 1947, when they lost 1-0 to a Paddy Sloan goal, his only one for the Gunners, in front of 17,976 spectators at Griffin Park. There will be a similarly sized crowd at Friday’s match at the Brentford Community Stadium, which hosted its first game in August last year after Griffin Park closed its doors after 116 years.

Born in March 1947, a couple of months before the club’s last game in Division One, Peter Gilham aka “Mr Brentford” is giddy with anticipation. Gilham combines his duties as player care manager with being the club’s matchday announcer and he is looking forward to getting behind the microphone on Friday night. “I don’t have any special plans for what I am going to say. As with every game it will be entirely off the cuff.”

Gilham is going to cherish every single second of their return to the top flight and he does not believe the players will be overawed. “It’s the perfect match to start,” Gilham says. “Arsenal is a special name, a London derby at home, on a Friday. The players are showing no fear and can’t wait to get out there.”

Returning to the top flight after a 74-year wait is tremendously exciting for Brentford but they should be mindful of history. Only a handful of clubs have waited for more than 50 years to regain top-flight status and most of them have struggled. Some are now as far away from the top as they ever have been in their history.

Among them are Notts County, widely accepted as the oldest professional club in world football. After helping to found the Football League in 1888, they spent most of their early decades in the top flight before being relegated in 1926 along with Manchester City. Having spent the best part of their existence among the elite, Notts County fans would have been expecting a quick return. But, by the late 1960s, they were languishing towards the bottom of the Fourth Division.

The club was transformed for the better under the mercurial Scottish manager Jimmy Sirrel and they made it all the way back to the top flight in 1981, ending their 55 years in the wilderness. They won their first match in the First Division 1-0 at Villa Park, with the goal coming from Iain McCulloch. County lasted three seasons in the top flight under Sirrel and then his protege Howard Wilkinson, but the club suffered a steady decline after Wilkinson decamped to Sheffield Wednesday in 1983.

Notts County returned to the First Division under Neil Warnock for the 1991-92 campaign –the season before the Premier League began – but their recent story has been one of disappointment. They hit their lowest point in 2019, when they were relegated from the Football League for the first time since its formation in 1888.

Oldham Athletic also had to endure an inordinately long stint outside the top division following relegation in 1923. They were a solid Second Division side in the 1970s and 1980s but had to wait 68 years in all before they could call themselves a top team once more. Joe Royle took over at Boundary Park in 1982 and, after nearly a decade of trying, he secured promotion to the First Division for the club in 1991.

They survived for three seasons, becoming one of the original Premier League clubs, before going down in 1994 – the same season in which they came within a minute of the FA Cup final. They have never really threatened to get back and are currently in their fourth successive campaign in League Two.

In all, six clubs have returned to the top division after gaps of more than half a century. When Bristol City returned to the First Division in 1976 after 65 years, their promotion was masterminded by Alan Dicks, who blended youthful local talent such as Chris Garland with players brought in by an impressive scouting network, including Scottish teenagers Gerry Gow and Tom Ritchie, who became the backbone of the team.

Their first game back, in August 1976, was a notable 1-0 win away at Arsenal. The Robins were among the elite for four years before being relegated in 1980. They nearly returned in 2008, when they reached the final of the Championship play-offs only to lose 1-0 to Hull City at Wembley, Dean Windass settling the game with a cracking volley.

When Cardiff City won the Championship title in 2013 under Malky Mackay, not only did they secure their first season in the Premier League but they also ended a spell of 51 years in the lower divisions. The Bluebirds finished bottom of the table in their first season back, bouncing back four years later under Neil Warnock, only to go straight back down.

Bradford City had to be the most patient of all. Their spell outside the top tier lasted 77 years. Just like Brentford, their last match in the First Division, back in May 1922, ended in a 1-0 defeat by Arsenal, and they were relegated alongside Manchester United. Their long wait ended when they reached the Premier League in 1999 under Paul Jewell, winning a thrilling final match of the season 3-2 at Molineux to secure promotion.

On their return in August 1999, they won their first match 1-0 away at Middlesbrough courtesy of a late Dean Saunders goal. They eventually survived by beating Liverpool in their final match of the season thanks to a David Wetherall goal. They struggled in their second season however, finishing last in the league, a distant 16 points from safety. They were playing in the third tier within three years and now look more likely to visit non-league than the Premier League. They finished 15th in League Two last season.

Brentford will be hoping to avoid the pitfalls suffered by the clubs that have come before them. There is cautious optimism that they will buck the trend of waiting for a long time to return to the top division only to fall out of it quickly. They have broken their play-offs curse at the ninth time of asking and Gilham believes they will go on to establish themselves at the top of English football. “We have made so much progress over the decade or so since Matthew Benham has been involved,” Gilham says of the club’s owner. “He has taken us to a different level so that we have been Premier League off the pitch for a while. Now we have the chance to prove ourselves on the pitch.” Horner shut down the speculation, however, saying it was a “definite no” to the idea of Vettel making a comeback with the […]

An English golfer was on a roll in the early stages of the US PGA Championship. ‘Long Jim’ Barnes, who emigrated to […] 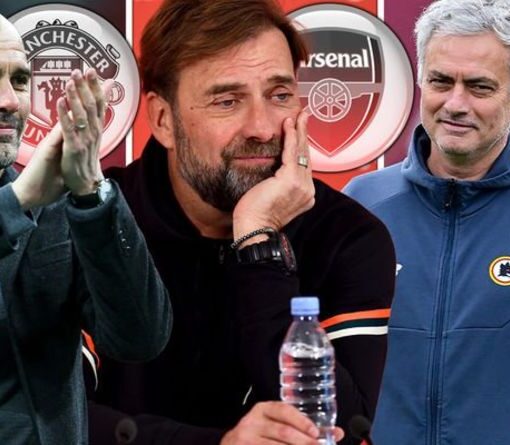 Simeone at Chelsea Diego Simeone has seemingly been linked with a switch to the Premier League for eternity. But for three consective […]