If Jack Grealish is feeling the pressure of becoming British football’s first £100million man, he certainly didn’t show it at his official unveiling as a Manchester City player on Monday.

On the contrary, Grealish welcomed the price tag and the expectations that go with it, just as he relished the prospect of inheriting Sergio Aguero’s No 10 shirt at the Etihad. 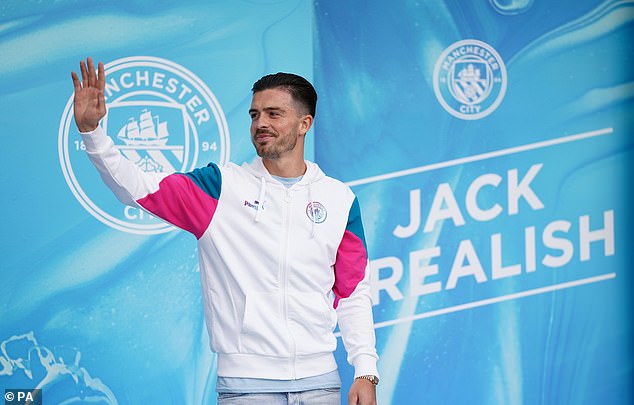 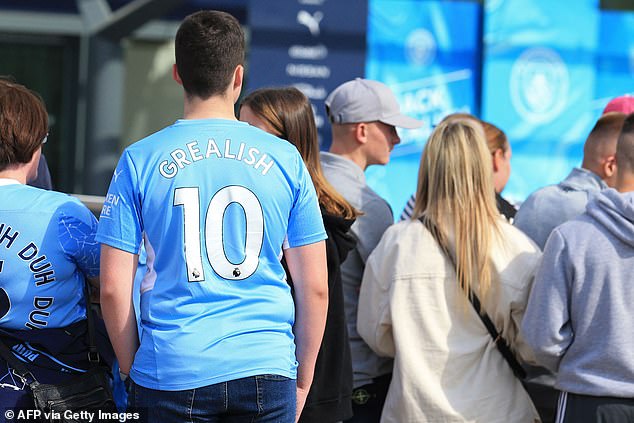 Asked about being the most expensive British player in history, Grealish replied: ‘It probably hasn’t sunk in yet. It means so much to me that the club were willing to spend that much on me. It fills me with confidence.

‘It doesn’t put any pressure on me whatsoever. I take it as a compliment. I actually like it – I think it’s a good tag to have.

‘When you see a football club paying that sort of money for a player, it means they trust you and value you and see so much potential there to work with.

‘I hope I can repay the club by winning as many titles as possible – and winning that trophy we all want.’ 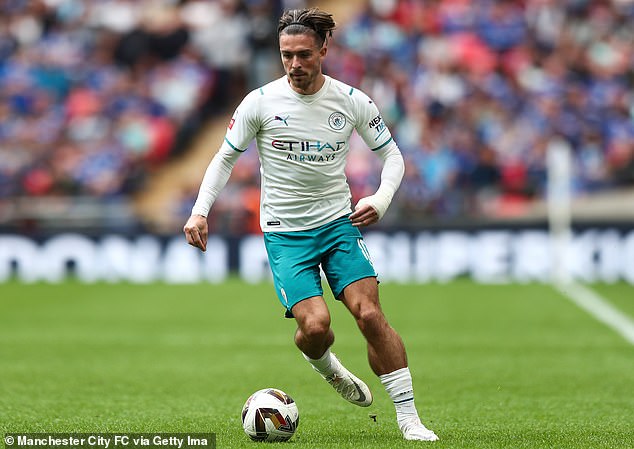 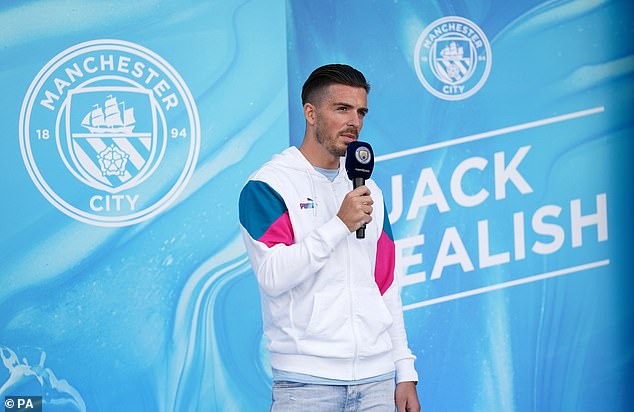 The winger has made a huge step up in his career, chasing his dreams of European glory 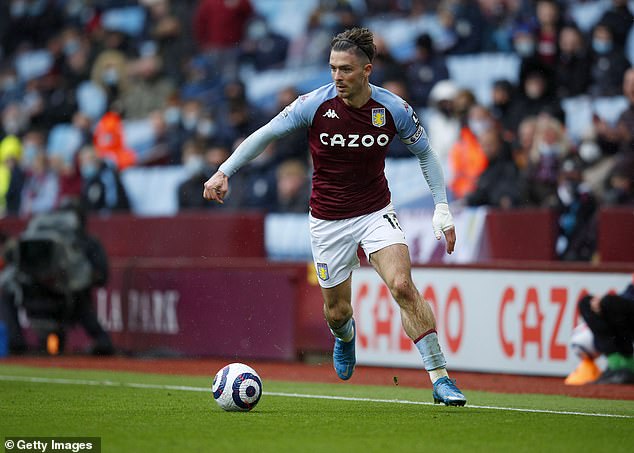 Pep Guardiola’s side lost the Champions League final to Chelsea in May, but Grealish has already seen enough from his new teammates after two training sessions to believe City can go one better.

‘That’s exactly why I’ve come here,’ he added. ‘We have some of the best players in the Premier League, and the depth in every position is just crazy. I fully believe we can win it this season.

‘I want to play Champions League football. It’s been difficult on Tuesday and Wednesday nights sitting there watching the games. I honestly believe I can play in these games. Being involved would be a dream come true and is something I’m desperate to do.

‘I spoke to John Terry at Villa and he said when you’re standing there with the Champions League anthem playing there’s nothing better. Hopefully we can go one step further than last season.’ 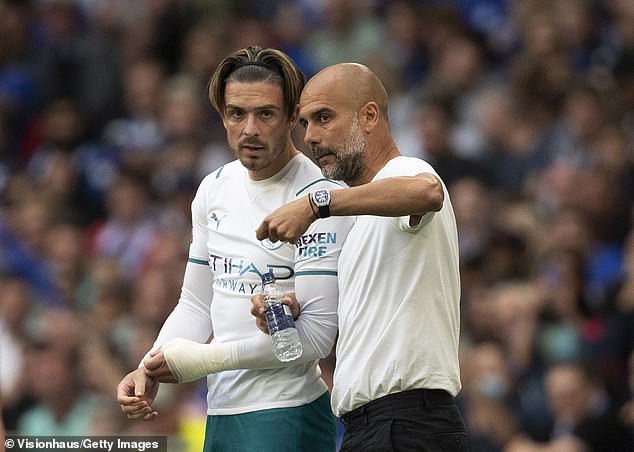 Pep Guardiola has a stacked squad for the season, and will aim to take Grealish to the next level

Leaving Villa Park after 19 years has been a huge wrench for Grealish, and he could empathise with Lionel Messi’s tearful departure from Barcelona after a career spent at the Nou Camp.

‘It was one of the toughest decisions I’ve ever had to make,’ said Grealish.

‘Everyone saw the way Messi was at his final press conference and that’s the exact way I felt. Before leaving, I spoke to the staff and players and teared up a little bit myself.

‘I felt like it was time for me to move on. I’ve been an Aston Villa fan since I was four-years-old and went to the club when I was six.

‘But I’m a Man City player now. I’ve come here to win silverware and play in the Champions League, and that’s my only focus.

‘Getting the No.10 was a brilliant feeling. They’re big shoes to fill after Sergio had it for so many years. It shows how much the club value me giving me that shirt, and I’ll play in it with full confidence.

‘I feel I can bring a lot to the team and play in a number of positions: winger, No 8 or No 10 or even a false nine.’ 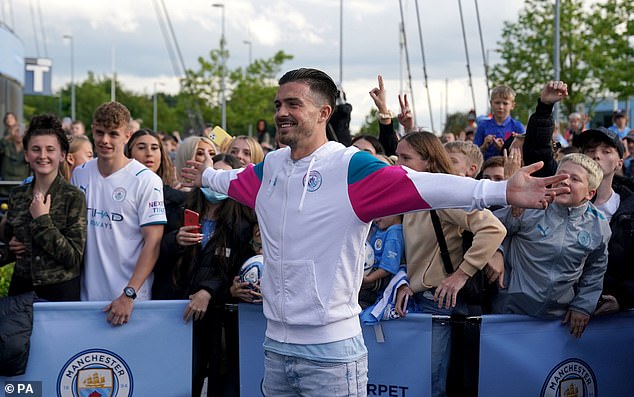 Grealish got the chance to meet his new fans on Monday, after his popularity rose this summer

As well as a lucrative six-year contract and the promise of silverware, Grealish hopes another benefit of his move to City will come on the international stage.

He has seen how Guardiola has managed Raheem Sterling and Phil Foden, and believes the growing England contingent at the Etihad can only help Gareth Southgate – especially if City prise captain Harry Kane away from Tottenham as well.

‘Definitely,’ said Grealish who will be playing alongside Sterling, Foden, Kyle Walker and John Stones.

‘I spoke to these guys with England about Man City. If you’re playing with them week in week out, you build chemistry and that’s something Gareth would love.

‘I’ve got dreams for the national team as well, playing in a World Cup. Obviously I had a taste of it this summer (at the Euros).

‘If I’m performing for City and playing in the Champions League, it could set me up to have a brilliant future for the national team.’

2.47pm GMT14:47 Here’s our reporter’s take on Chelsea’s defeat of Crystal Palace: Chelsea up to second after Abraham and Pulisic sink Crystal […] 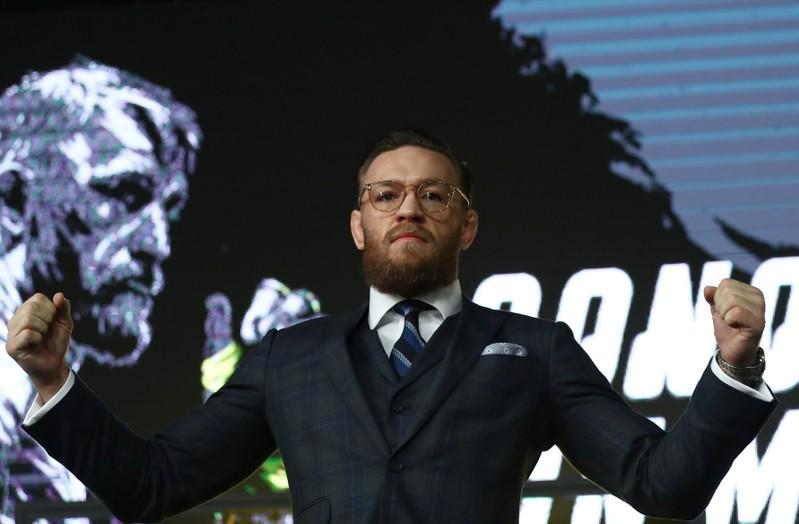 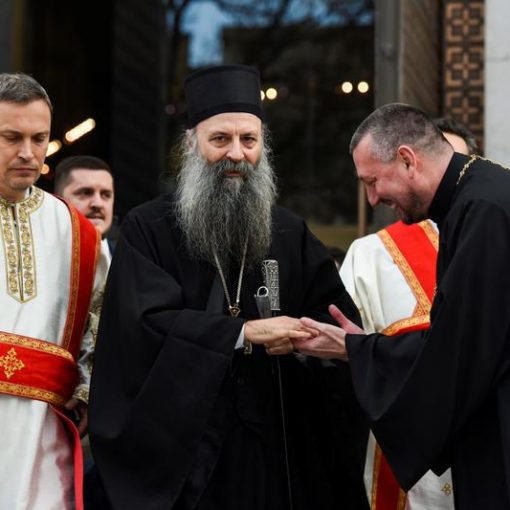 BELGRADE (Reuters) – Hundreds, including top officials and clergy gathered in Belgrade on Friday to mark the enthronement of Porfirije, the new […]