The way that the truly, madly, deeply challenging sport of modern pentathlon can blow up on you in the show-jumping round was all too clear as Kate French prepared for it.

The equine component of a sport which also puts competitors through rounds of fencing, swimming, running and shooting – the last two of them simultaneously – had already ended the hopes of a Brazilian and an Italian who couldn’t coax their horses over the hurdles. Russian Gulnaz Gubaydullina, who had just set an Olympic pentathlon record in swimming, also promptly ploughed into one of the fences and vanished without a trace.

French had to admit after storming to gold that her own horse Clntino, which she’d only met 20 minutes before competing – those are pentathlon rules – wasn’t actually the kind she likes riding. 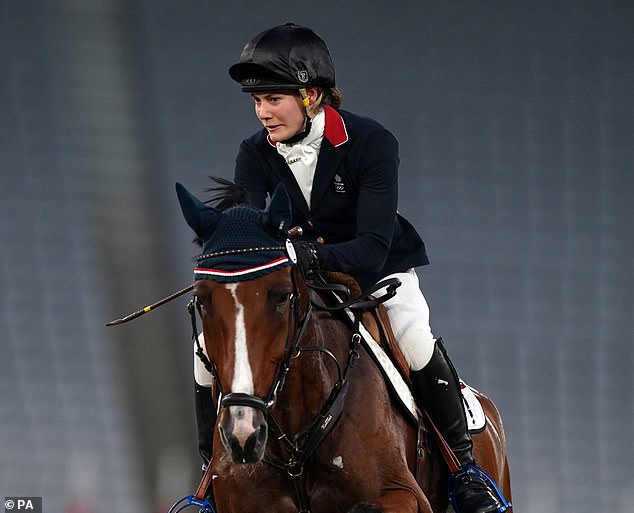 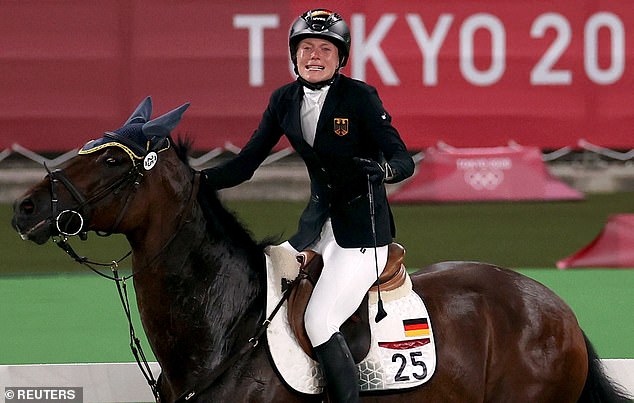 ‘I like more of a forward-going horse. This one was one I had to get after a bit more,’ she said. ‘My riding instructor had to really get after me to ride it forward. She gave me confidence on how to ride the horse. We did well together in the end.’

Though that instructor, Jabeena Maslin, was the toast of Team GB after an 18th gold medal, it does seem to be the luck of the draw with the horses. German Annika Schleu, who was ahead of the field after the swimming races, was weeping as she entered the arena on a horse deceptively called Saint Boy. The unfortunate Gubaydullina had ridden the same horse. Schleu’s worst fears about him were quickly confirmed.

Amid all that mayhem, you flinched for the horses. But French’s calm, near immaculate round of the hurdles set up one more challenge: completing four laps of a winding 800m track at speed while stopping each time round to hit a target five times with a pistol.

The 30-year-old had to wait 15 seconds before heading out in pursuit of Russian Uliana Batashova. But from the moment she strode off, there didn’t seem to be the remotest doubt about her taking gold. The shooting range can do for you, just like the horses can. You’re stuck there until you’ve hit a target five times from 10m. French coolly executed the task, overtaking Batashova after the first lap and striding home 100m clear of the field. 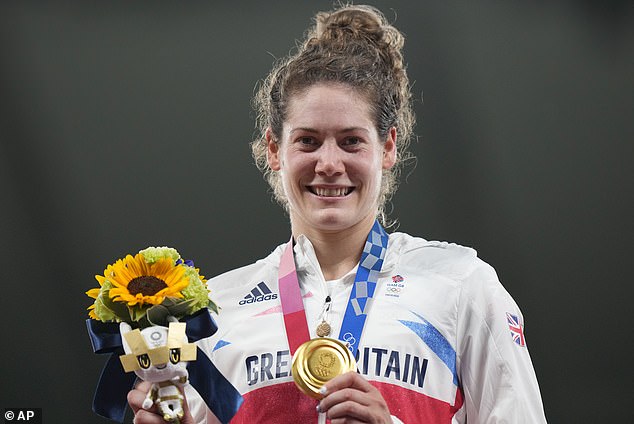 There was something incongruous about this modest, quietly-spoken 30-year-old from Bath being the conqueror of a sport which the founder of the Olympics, Baron Pierre de Coubertin, viewed as ‘a verifiable consecration of the complete athlete.’ De Coubertin wanted a contest to simulate the experience of a 19th-century cavalry soldier behind enemy lines – riding an unfamiliar horse and fighting enemies with pistols and swords before swimming and running to safety.

French’s journey here actually began on the pony club circuit. Her parents are both strong riders. One of her primary school teachers also encouraged her to try schools biathlon, which involves and running. Then she gravitated to the pony club sport of tetrathlon, which adds shooting and has contributed to a strong tradition of British women pentathletes.

The best of French’s disciplines is actually fencing, though her modest performance in that on Thursday left her with a lot to do. She was 8th overnight. 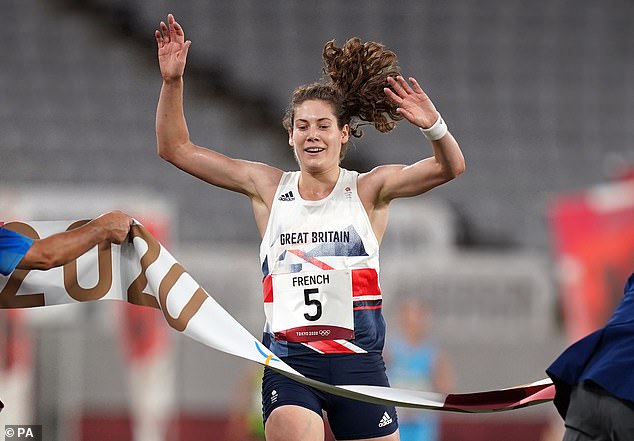 She set a personal best of in the 200m freestyle swimming heat which she won in the pool set up on the pitch where Britain’s rugby sevens women’s team were doing their stuff just a week ago. But that didn’t really shift the dial. It was all on those last two events.

The gripping finale made you wonder why this event had been consigned to the toe end of the Olympics in a venue miles from central Tokyo. Pentathlon has grown accustomed to that.

It doesn’t score highly for TV audiences, which means a restive IOC is constantly fiddling with the format.

Originally, it took place over four or five days but at London 2012 the run and shoot disciplines were combined into the ‘laser run.’ Here, a meaningless additional fencing round has been added so that athletes do an element of everything every day. Paris 2024 wants to go nuclear – compressing all five sports into a 90-minute series of heats and finals resembling It’s a Knockout. 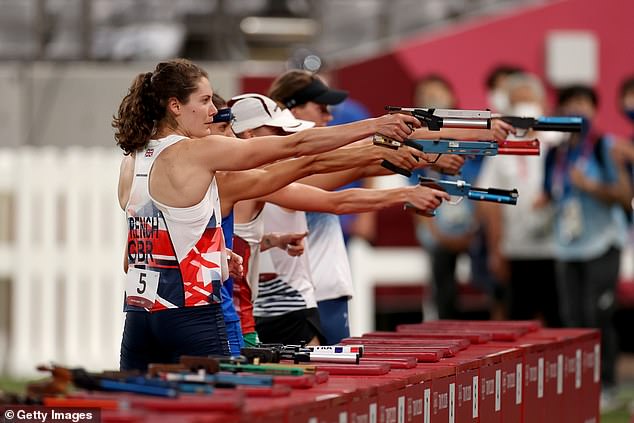 French had actually expressed doubt about that format ahead of these Olympics. ‘I haven’t spoken to anyone who has anything positive to say about it yet,” she said. ‘Training would have to be very different and I’m not sure I’m willing to start from scratch. I don’t know whether I will be in Paris to see these changes come in.’

On Friday night, she seemed to have mellowed. ‘I can’t say I’ve really tried the new format yet so I’m not sure,’ she said. ‘Gosh, this medal has been on my mind for a long time. It’s always been a dream and I can’t believe it’s come true.’

Britain’s women have medalled in every year they’ve competed in this sport, except Rio 2016. Joseph Choong is fancied to become the nation’s first male medallist on Saturday.

But it was French and that unknown horse that everyone wanted to talk about. Some pentathletes describe techniques including blowing up their horse’s nostrils to calm them in the critical moment, though French had a more homespun outlook. ‘I can’t say I really do any of that,’ she said. ‘I give the horse a pat, walk around, get a feel of him and then have a few jumps.’ 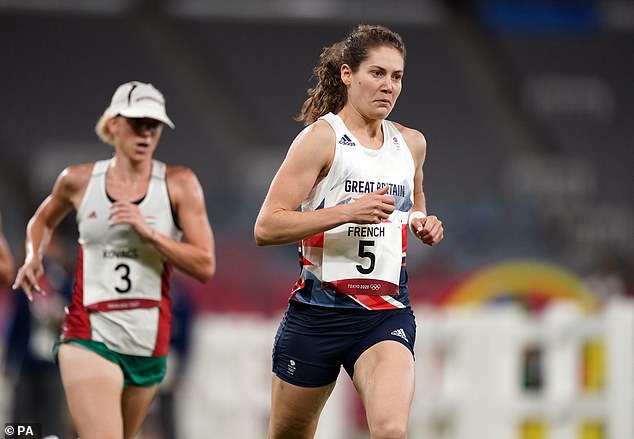 Newcastle vs Leicester LIVE: Jamie Vardy returns to the starting side for the Foxes who look to climb back to third in […]

With 44 minutes gone, Arsenal 1-0 up and producing a performance of rare verve and energy, Granit Xhaka took a step back […] 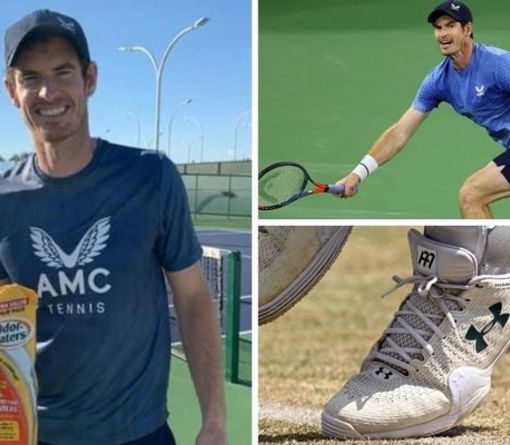 “I was like, Well, they’re gone. I was going to file a police report to try to get them back or to […]