‘Teen Mom: Young & Pregnant’s Kayla Sesser shared a sneek peek of the upcoming season and it shocked Ashley to her core.

Teen Mom 2 is always a good time, however, it was a sneak peek of the upcoming season of Teen Mom: Young & Pregnant that made Ashley Jones’ jaw hit the floor. But before we get to that, let’s rehash what went down in the final hour of Teen Mom 2‘s most current season.

Leah Messer was the first to take the stage this week. She had already talked last week, but reunion hosts Dr. Drew and Nessa brought her out for another round of questions, and she revealed that doctors are so much closer to finder a cure for Ali. Leah actually broke down in tears while discussing Ali’s journey and saying it’s been “one hell of a 12 years” since they first learned about her illness. Now, her future’s looking bright and she could live as long as anyone else.

Later, Jade Cline came out on stage and revealed that she and her mom, Christy, haven’t seen each other since her surgery debacle in Miami. Christy was actually backstage when Jade was talking to Dr. Drew and Nessa, but Jade refused to be on stage with her mom. And while discussing what happened in Miami, Christy could be seen on a monitor scoffing at everything Jade was saying about her — including Jade’s claim that her mom didn’t care if she lived or died, following her surgery.

“I’m just trying to do what I feel like is best for me right now.” 💔 Can @jade_desere and Christy talk it out on tonight’s #TeenMom2 Reunion? pic.twitter.com/kJyQ9CjK5V

Surprisingly, someone who did join Jade on stage was her on-again/off-again ex, Sean. They had broken up (for what seems like the hundredth time) at the end of the season, so we didn’t expect to see him, but they’re now back together (surprise, surprise). And he brought her flowers, which she seemed to appreciate for about two seconds before she quickly placed them down on the table in front of her. And when Dr. Drew asked if they’d ever get married, Sean said he definitely thinks so, but it’s up to Jade. She, on the other hand, remained silent on the topic and credited therapy for their reunion.

Afterwards, Ashley Jones appeared on screen with her lover, Bar Smith. It remained unclear why they couldn’t attend the reunion in person — Dr. Drew even asked if it was because of Bar’s arrest after Ashley’s graduation party — but they refused to talk about the situation. Bar actually got pretty heated and told a producer to stop feeding Dr. Drew such silly questions. He insinuated that he refused to answer such questions before the interview started, so he wasn’t going to play their games. Ashley also deflected when asked about Bar’s arrest and said her graduation party was amazing and what happened afterwards was something “totally separate”.

Finally, Teen Mom: Young & Pregnant star Kayla Sesser came out on stage to help promote the new season, and the scene they showed was pretty shocking. It involved Kayla meeting up with Stephan‘s mom, Annette, during which they argued about some sort of birthday gift. Kayla said that she didn’t receive a gift for the son she shares with Stephan, but Stephan’s mom said it was because Kayla told her to stay away from her. A few insults were then thrown — along with some money — before Stephan’s mom lunged at Kayla and Kayla fell out of her chair. Stephan’s mom then lunged at Kayla again after she got up, but a producer broke up the fight (see it in the photo above). Kayla laughed about the situation while sitting down with Dr. Drew, but Ashley couldn’t believe what she was seeing. And neither could we. It looks like the new season is going to be pretty wild.

And that’s a wrap on another amazing season of Teen Mom 2. 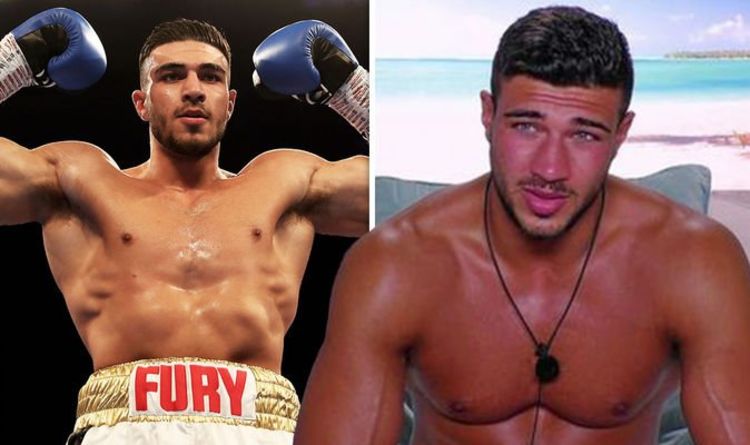 Love Island 2019 bosses had the contestants take part in a hilariously embarrassing challenge during tonight’s episode. All the boys has to dress […] 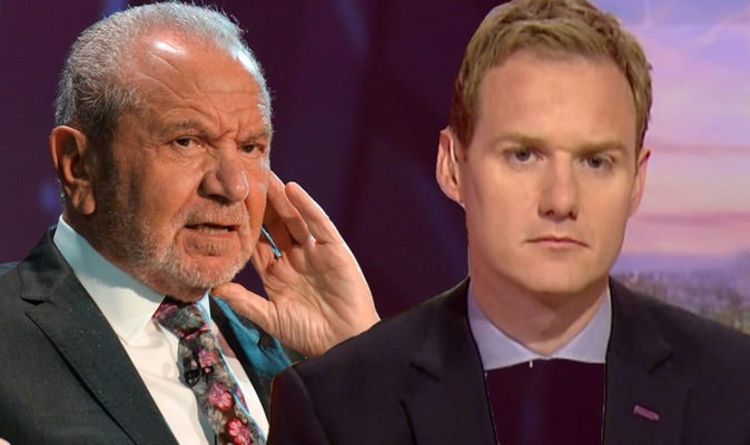 However, the business entrepreneur was unhappy that Dan had questioned his tribute, as he tried to stress that he was simply being “ironic” […] 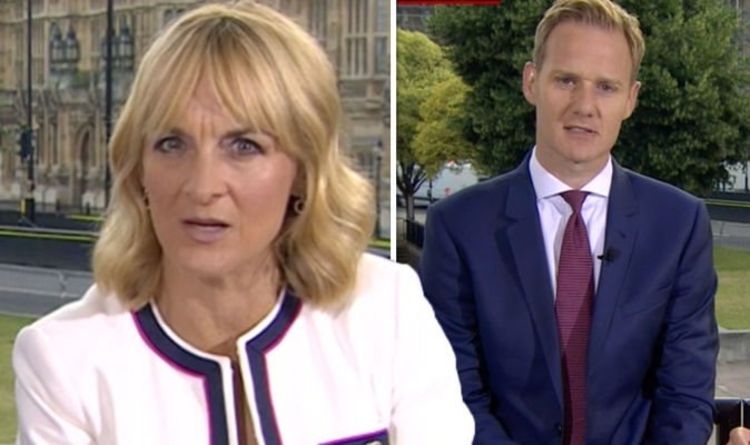 Louise Minchin, 50, and Dan Walker, 42, presented BBC Breakfast outside of Parliament yesterday, ahead of Boris Johnson becoming prime minister. The […] 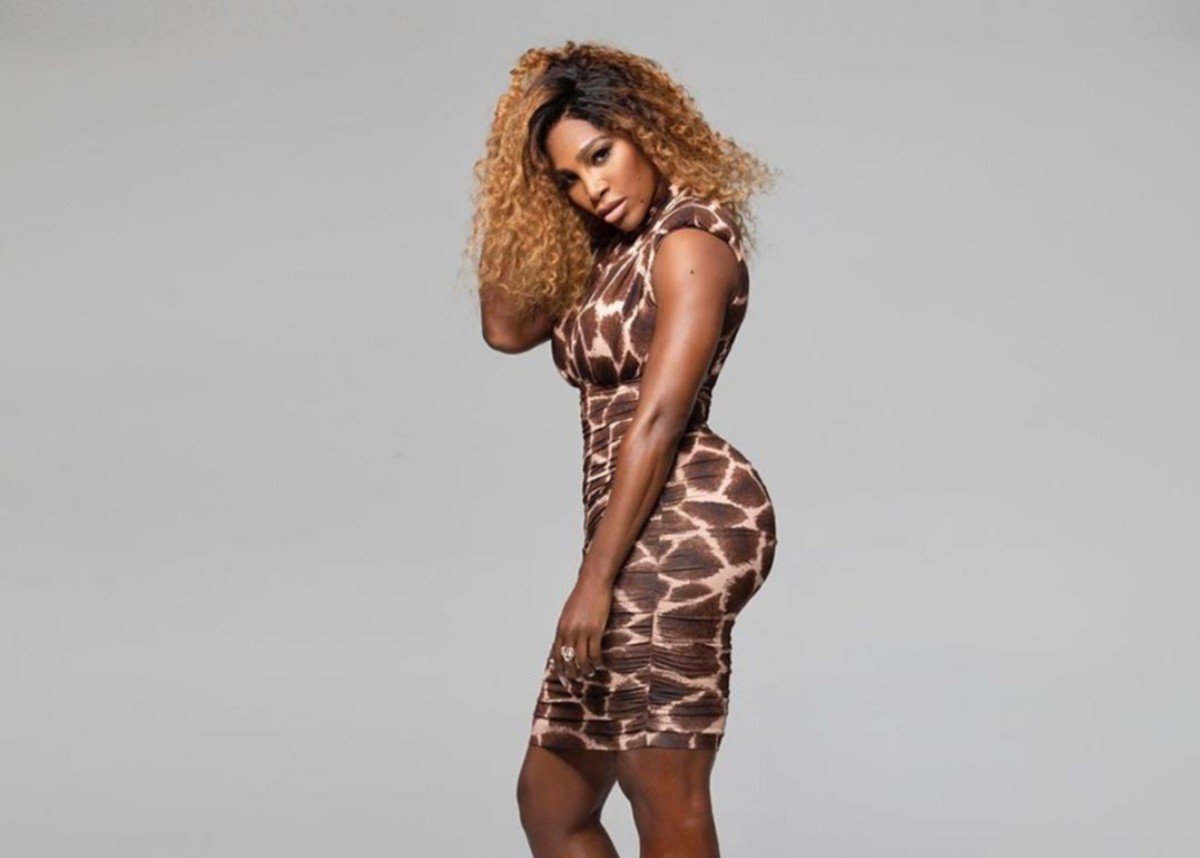 Did Serena Williams give Kim Kardashian’s phone number to Meghan Markle? That’s the subject of an upcoming article in the May 4, […]