Carla Limbrey is a force to be reckoned with. HL spoke EXCLUSIVELY with Elizabeth Mitchell about that big return in the season 2 finale, Carla’s obsession with the shroud, and more.

Don’t mess with Carla Limbrey. The powerful and very rich Charlestonian was a woman on a mission throughout Outer Banks season 2. Her quest to get her hands on the shroud thinks will cure her is still alive, and it led her straight to Big John. Yes, John B’s dad is alive. He’s willing to help Carla but only if she helps his son.

HollywoodLife got the chance to chat EXCLUSIVELY with Elizabeth Mitchell about the shocking Outer Banks season 2 twist and what it means for a possible season 3. Big John knows where the shroud is, and Elizabeth stressed that Carla will “do anything” to get to it. Plus, Elizabeth weighed in on Rafe’s betrayal. Read our Q&A below:

The biggest twist of season 2 is that Big John, John B’s dad, is alive after all this time. What was your reaction to that twist and how that really sets up a season 3?
Elizabeth Mitchell: I was, of course, really excited because by that time I had gotten to know everybody and had worked with Jonas [Pate], and I had seen how fun it is to work with Jonas. When you are on that set, it’s many cameras, it’s a tremendous amount of action, and you really do feel like you’re doing a play. It’s so much fun. It’s so inclusive that by the time I heard that news I was nothing but happy because it meant that then I got to do even a little bit more with them and that was a gift.

Do you think Big John is someone she can trust? Or is he a threat?
Elizabeth Mitchell: So that’s a great question. Is he someone that she can trust? Is he someone that is a threat? I think those are very much, forgive me, I know that it’s so hard for actors to be so cagey, but I do feel that that is up in the air. I feel like the ideas there and the fun and attention of it is that it really could go either way. There’s a lot of drama, which I really love to play. I had a good time hanging out with the actor because we worked together in Barbados, so I had a chance to get to know him. He’s absolutely wonderful, so my hope is there are all kinds of fraught things, trust, any of those things will be fine for me, but it doesn’t answer your question, I’m so sorry but I think the answer is it’s probably both.

Maybe I can ask you this: should Big John trust Carla?
Elizabeth Mitchell: I don’t think anyone should trust Carla. I think she is one of those people who is out for herself, for what she believes in, and I don’t believe you can trust her unless your goals align with her, and then I think she would be a really powerful ally. She has a tremendous amount of money. She has a tremendous amount of determination. I think the only way to trust Carla is if you want the same thing she wants, and then I think you can. I wouldn’t put my faith in her. She would be the last person.

Her journey this season is very much getting her hands on that shroud. She thinks that the shroud can cure her. In her mind, do you think she really believes that?
Elizabeth Mitchell: I think she truly does, and I have to think she’s not a dumb woman. She’s incredibly smart, so I think that it’s not just that she has some unshakable faith. She has documented and read evidence that it will. She has read about people being cured, read about diseases being cured, read about miracles that have happened. I think that with all of that documentation she’s decided that it will, and she believes it fully. Of course, that wishful thinking, that magical thinking that we do when all hope is lost is part of the equation for her. I engaged in that a tremendous amount. It allows me to do the things that Carla does. To behave in the way that she does, she ultimately thinks it’s for the greater good that she’s doing it, and all the little things that happen along the way are okay because this is for the greater good. She thinks she’s going to be able to do more good than anyone else. We delude ourselves when we’re in precarious situations, and I think that’s where she is. I mean, that’s the way I chose to approach it because her actions are reprehensible.

How do you think she’d react if the shroud doesn’t cure her?
Elizabeth Mitchell: I think she would be on to the next thing. I think that she is so desperate to be here. In my way of thinking in my life so far, there are people who will do anything to live, and there are people who are okay with leaving this earth. She is one of the do-anything people. I think she’s incredibly dangerous besides being entitled and malicious.

There was that really intense airport scene with Rafe, Renfield, and Carla. Carla’s not a fan of being betrayed, and she ends up killing Renfield. Do you think she regrets that at all?
Elizabeth Mitchell: I think she clearly has a lot to hold against him. I mean, he was the product of an affair, and that means that her precious dad was wrong. I think that destroying the evidence of that as well as the fact that he betrayed her is on her mind. She’s also not particularly rational at this point. It may be that Carla goes back and says, “Oh, well, that probably was a mistake.” Or it may just be that she says, “He wasn’t worth anything. It’s okay that he’s gone.” The way she thinks is so alien to all of us. I do feel like she did warn him. I mean, she told him not to betray her and there’s nothing about her that you think to yourself, well, she’ll give me a pass on this one. I don’t even think she knows the word right.

After Carla kills Renfield, Rafe leaves her behind. How do you think she’s going to react when she finally gets her hands on him?
Elizabeth Mitchell: She says, “Wherever you go, I will find you.” I think she means that.

I mean, maybe she’ll be the first person to really put him in his place.
Elizabeth Mitchell: She might be. I think she has the power to do so. Her family is powerful. She has money. I think that she possibly could.

Who do you think should ultimately be feared more: Carla or Ward?
Elizabeth Mitchell: Ward is terrifying, and Ward’s not about to die. I’m going to put it out there for Ward.

The ending of season 2 leaves things wide open for season 3. If season 3 happens, what would you like to see explored with Carla that you maybe didn’t get a chance to in season 2?
Elizabeth Mitchell: What I always wish for with all my characters is that they go through a journey. That’s the most fun as an actor. It would be so fun for me if she were faced with what she’s done and had to be accountable for that. I can’t see that happening. It’s not that kind of a show, but that would be super fun for me. I always like it when my characters go on journeys, when they discover something, all of those things. But in lieu of that Elizabeth’s wish, which is all sweetness and light, I wish for action, a little bit more intrigue, and the treasure hunting aspect of it. It’s really fun for me. I’m a huge fan of Raiders of the Lost Ark. I’m a huge fan of anything where there’s a quest, so being part of that quest would be an absolute joy. 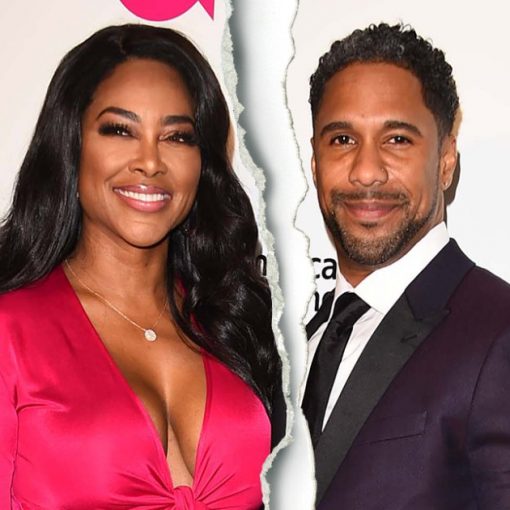 It’s over … again. Kenya Moore and her husband, Marc Daly, have split more than a year after announcing their first breakup. […] 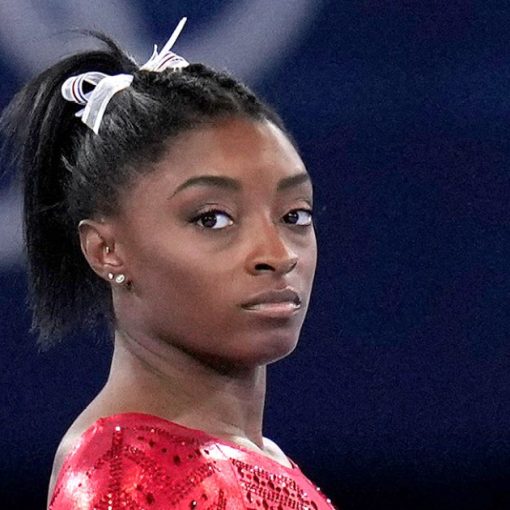 Even the GOAT needs a break sometimes. Simone Biles shocked the world when she bowed out of the Tokyo Olympics — but […] 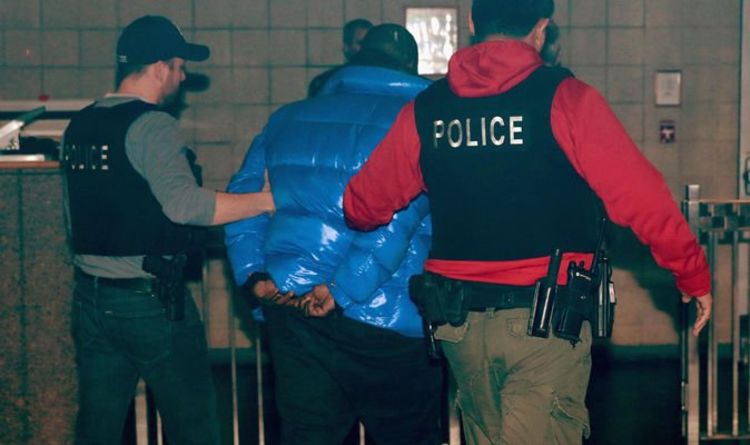 Last night, a warrant for his arrest was issued and the Grammy winner turned himself in to police later on that day. […] 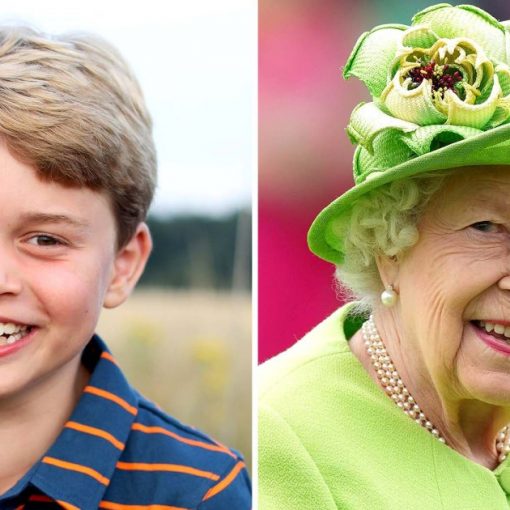 Kid of the month! Prince George had a “wonderful” time celebrating his 8th birthday with his family, a source exclusively tells Us […]