It felt like the reward for a year of caution: After getting vaccinated, Ryan Forrest got to travel to his friends’ wedding. Allyson Borunda celebrated her 26th birthday with a Las Vegas bash. Sam Reider finally gathered with other musicians to play and teach at a camp.

But all three wound up testing positive for COVID-19, despite being fully vaccinated.

These “breakthrough infections” are becoming more common as the Delta variant spreads widely across the US.

Delta is more transmissible than other strains. So the same circumstances that have fueled transmission since the beginning of the pandemic still carry some risk for vaccinated people, even though their shots protect them from severe disease, hospitalization, and death. (The Centers for Disease Control and Prevention estimated last week that unvaccinated people represented about 97% of COVID-19 hospitalizations in the US.)

“What the Delta variant will do is that it will find any gap in our defenses,” Hilary Babcock, the medical director of infection prevention at Barnes-Jewish Hospital and St. Louis Children’s Hospital in Missouri, told Insider. “So people who were largely being pretty careful but still might go to a restaurant with their other vaccinated friends, or might take off their mask at the gym when they’re working out and other people are working out around them.

“Delta doesn’t allow for that.”

Insider spoke with six people with breakthrough cases about the circumstances in which they got sick. Most said they were infected at a large gathering, but one got the virus during a seemingly low-risk visit with two vaccinated family members.

On the whole, their cases were mild: None required hospitalization, and people’s symptoms generally resolved within a couple weeks, with one exception – Anna Kern, a nurse, still struggles with fatigue and a racing heart after getting sick in April.

Forrest, a 30-year-old who lives in Midland Park, New Jersey, got Johnson & Johnson’s shot at the end of March, then attended a wedding on July 1 with roughly 150 guests.

“Unfortunately, it was a smaller venue,” he told Insider. “It happened to be raining, so every single person was inside.”

He woke up on July 5 “feeling a little foggy,” he said. That night, Forrest developed a fever and woke up sweating. The following day, his rapid COVID-19 test came back positive, about the same time that body aches and a runny nose set in. Several other people at the wedding – most of whom were vaccinated – tested positive as well, he added.

Forrest said his most persistent symptom was loss of smell (he never lost his sense of taste). But no symptoms was unbearable, he added, and all of them dissipated within about two weeks.

From kids who went to summer camp

Hilary Young, a branding consultant who lives in Philadelphia, traced her breakthrough case to her kids’ summer camp. Young’s daughters, ages 3 and 6, attended the camp ahead of the July Fourth weekend. Soon after, Young learned that a counselor had tested positive for COVID-19.

Young’s daughters weren’t showing symptoms, so they decided to join some extended family on a beach holiday. But once they were on the trip, her 6-year-old began feeling fatigued, then developed a low-grade fever, a headache, a runny nose, and some nausea. Some older adults in the beach house felt unwell, too.

“There were six vaccinated adults in the house,” Young said. “Four of us felt symptoms.”

Both Young and her 6-year-old tested positive for COVID-19. Young’s symptoms started with a sore throat, then “full-on congestion” and some dizziness. She also lost her sense of taste and smell.

The experience felt much like a cold, Young said, adding that it ultimately “wasn’t that bad.”

“I think our kids are Trojan-horsing us,” she said. “They are the way in.”

Teaching music at a camp

Reider, a 32-year-old musician who lives in San Francisco, also got sick from a camp. He taught music at a camp a few hours outside the city – his first foray into normal life since the pandemic started.

“It was this feeling of celebration, like we’re back together again,” Reider said. “There was a lot of playing music in close proximity to each other and singing.”

Of the roughly 50 people at the camp, he said, most were older children who’d been vaccinated. A handful of unvaccinated kids under 12 wore masks, and one of them ultimately tested positive for COVID-19. Reider got sick shortly after. He’d gotten Pfizer’s shot in mid-April.

“As far as I know, there was just the infected child who was unvaccinated and myself as the only breakthrough case,” he said.

Reider’s first symptoms – fatigue and a headache – resembled “that feeling of being super jet-lagged after an international flight,” he said. Soon after, he started to feel congested and short of breath, and those symptoms lasted about two weeks. Reider also lost his sense of taste and smell, which are just starting to return more than a month after his symptoms started. His strongest symptom, fatigue, came in spells.

At the beginning of July, Reider started to feel better. He has returned to normal exercise, including long bike rides and hikes.

A birthday weekend in Las Vegas

Borunda got sick while celebrating her 26th birthday with a dozen friends in Las Vegas earlier this month. She got Johnson & Johnson’s shot in April. Three of her friends, who were also fully vaccinated, tested positive for COVID-19 after the trip as well. None of the infected people shared a room.

“We were at the clubs and pool parties all weekend, so it’s really hard to pin down an exact time” of exposure, Borunda said. The venues were crowded, she added, because of a UFC that weekend.

Borunda noticed she had a cough the day after she drove home and tested positive for COVID-19 two days later. About the same time, she developed a fever, chills, a headache, and body aches. After that, she lost her sense of taste and smell, which is now slowly returning.

The trip was fun, Borunda said, “but now I’m paying for it.” She still has a lingering cough, but her other symptoms have resolved.

Kristi White, who lives in Minneapolis, drove with her partner and two elementary-school-age children to visit family earlier this month. Both White and her partner are fully vaccinated with Pfizer’s shot, but their children are too young to be immunized.

The family spent time with two vaccinated relatives – indoors without masks – for 24 hours.

“We thought, well, if we are going to spend time with two other fully vaccinated adults and are not going anywhere else during our trip, this seems like a pretty low-risk activity,” White told Insider.

But everyone in the house eventually tested positive for COVID-19. White’s children recovered from minor symptoms after one week. Both she and her partner still have lingering coughs, fatigue, and shortness of breath, but White said their symptoms had improved.

“I can’t imagine how much worse this would have been if my partner or I had been hospitalized, with one of us very sick at home with COVID trying to parent two children in quarantine,” she said.

Working at a hospital

Kern, a 33-year-old nurse practitioner who lives in Ferndale, Michigan, got sick from an unvaccinated coworker. She tested positive for COVID-19 in April, roughly three months after receiving her second Pfizer dose. Her coworker wasn’t diligent about wearing a mask, she said.

Kern said she always kept her own mask on at work, “except for maybe five minutes where I take it off to really quickly eat some food.”

Since her diagnosis, Kern has been battling extreme fatigue, she said. A doctor diagnosed her with long COVID-19 – a post-viral illness characterized by symptoms that last at least three weeks – at the end of May.

Like all breakthrough cases, her illness underscores the risks that remain until more people get vaccinated.

“Masking and distancing still works for Delta,” Babcock, the medical director, said. “It’s just that you have to be more meticulous.” 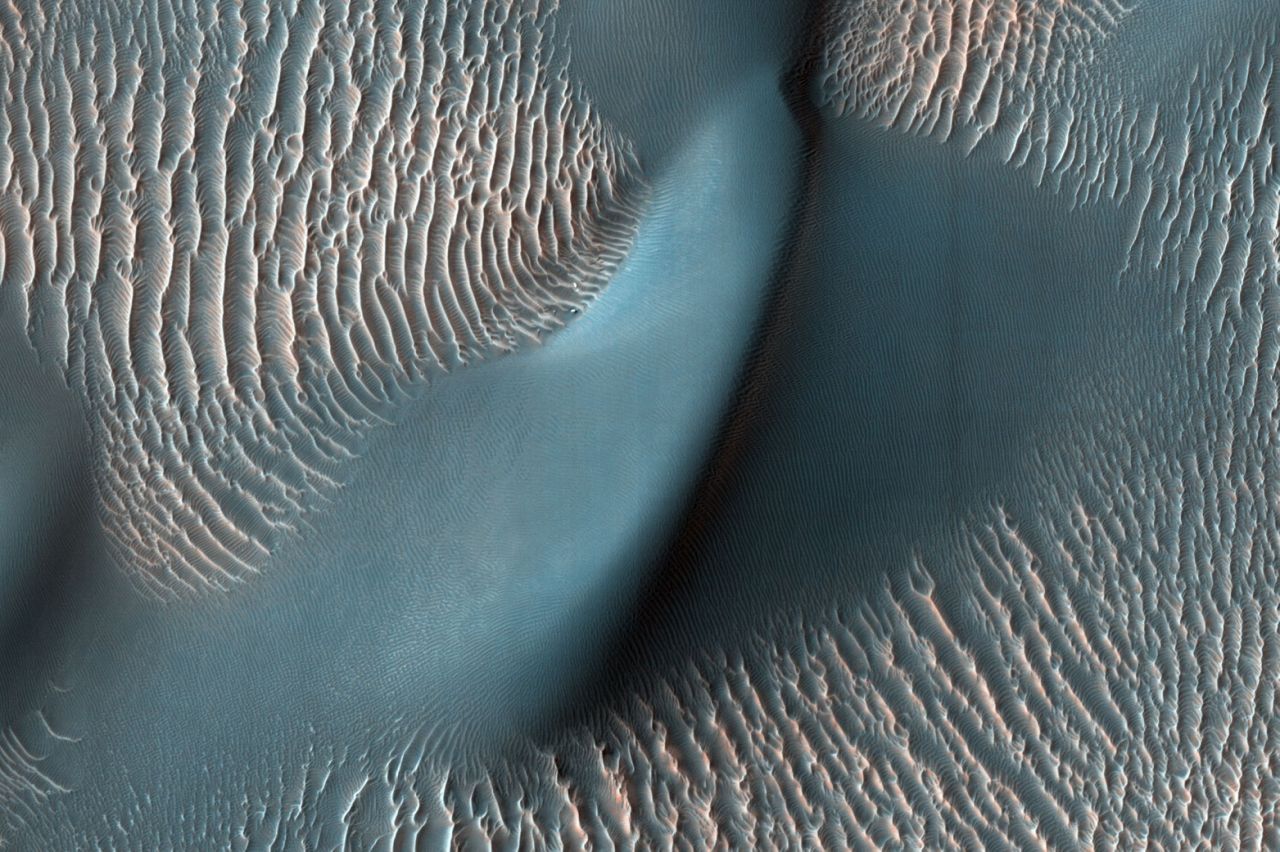 The sandy landscape of Mars is home to plenty of severe weather, including the odd dust storm so large that it can […]

We have a refined estimate for the mass of the neutrino, the most abundant massive particle in the Universe: its mass is […]

The former X Factor star said during a chat on Virgin Radio today: “I used to pack all of their school bags […] 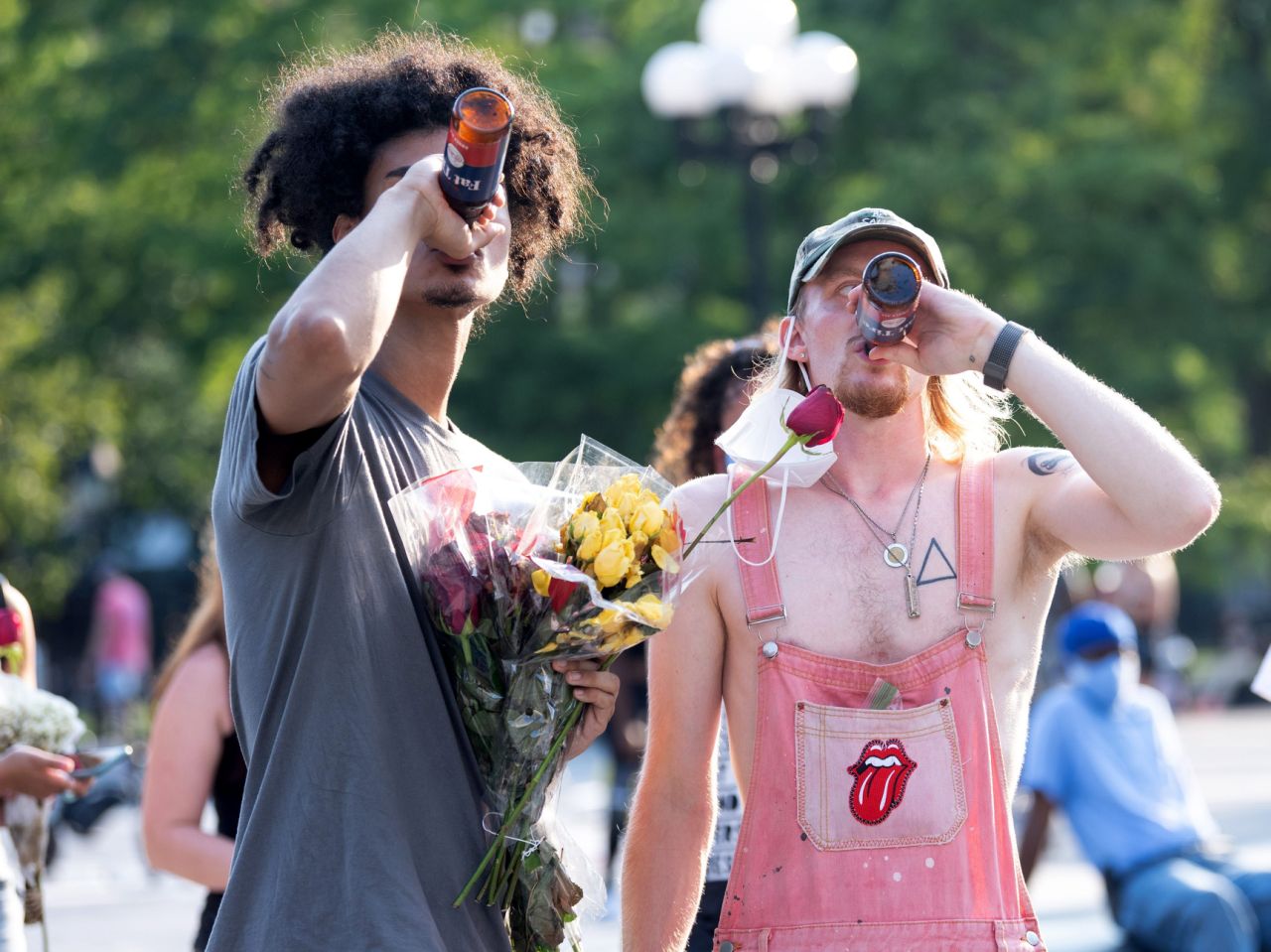