China has threatened to ‘expel’ British warships from parts of the South China Sea as HMS Queen Elizabeth and her carrier group arrived in the disputed waters today.

The £3billion aircraft carrier, affectionately dubbed Big Lizzie, is set to sail through Beijing’s backyard alongside eight other vessels in a show of strength to Xi Jingping.

But Chinese state media has warned that any vessels which stray too close to islands which it lays claim to will be ‘expelled’.

Meanwhile a Chinese academic also told state media that ‘China welcomes friends with wine but deals with wolves with a shotgun’. 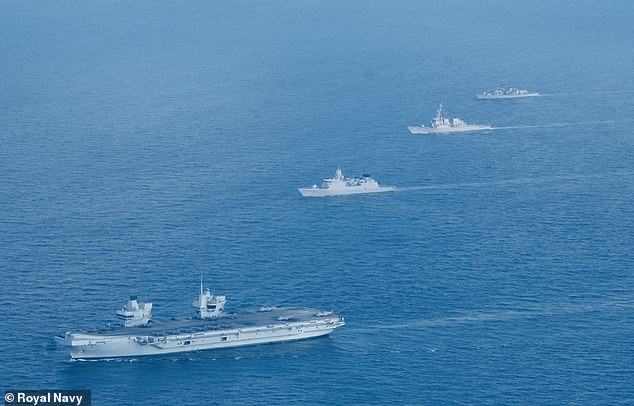 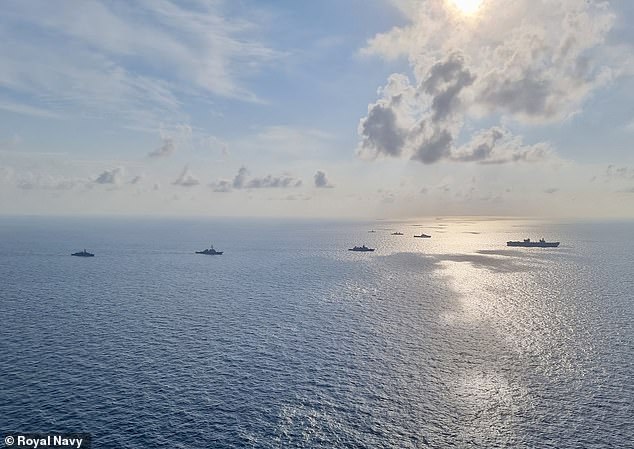 Big Lizzie (far right) has been sailing across the globe accompanied by ships that form the UK strike carrier group, in one of the largest concentrations of British naval power in a generation 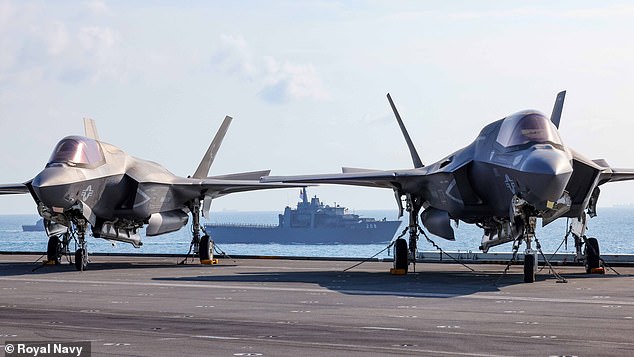 F-35 lightning stealth fighters are seen on the deck of Big Lizzie, with a warship of the Singapore navy in the background during joint drills earlier this week 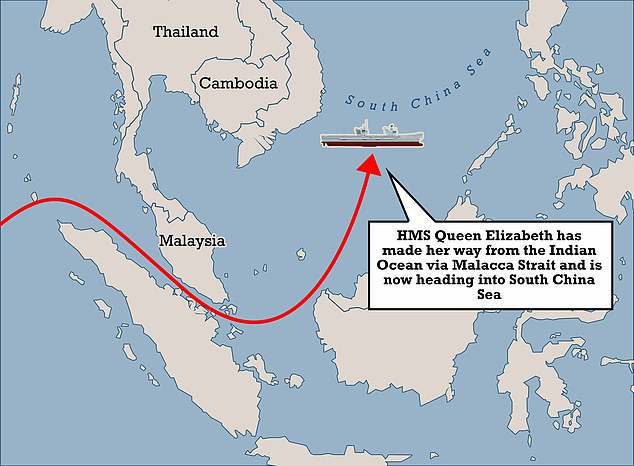 The UK strike group plans to carry out ‘freedom of navigation’ operations in the South China Sea as a rebuke to Beijing, which claims part of the waters as its own

The UK carrier strike group, spearheaded by HMS Queen Elizabeth, is currently on a round-the-world tour as part of her maiden deployment in what is believed to be the biggest show of British naval power to leave the UK in generations.

Vessels have already sailed through the Mediterranean to the Red Sea via the Suez canal, then from Oman to India where the British ships took part in joint military exercises with the Indian Navy.

Earlier this week, the group sailed via the Malacca Strait to Singapore where more joint drills were carried out, before heading north into the South China Sea.

There, Queen Elizabeth plans to carry out freedom of navigation operations designed as a rebuke to China which claims part of the sea as its own in violation of international treaties.

The carrier also plans to sail through the Taiwan Strait in another move that is sure to anger authorities in Beijing.

Chinese state mouthpiece Global Times reported on Tuesday that China will also be carrying out two separate sets of military drills in the sea at the same time, warning British vessels to stay away.

An anonymous expert told the newspaper: ‘While the Chinese military drills are not likely directly related to the UK warships, they show that the [navy] is at a high combat readiness. 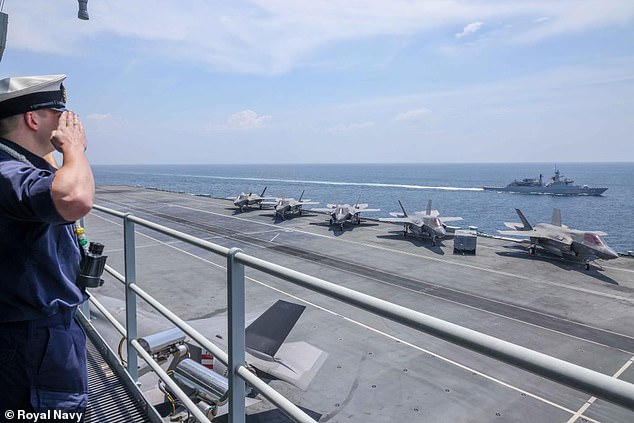 HMS Kent, a Type 23 frigate, is shown resupplying from RFA Tidespring during military exercises in the South China Sea 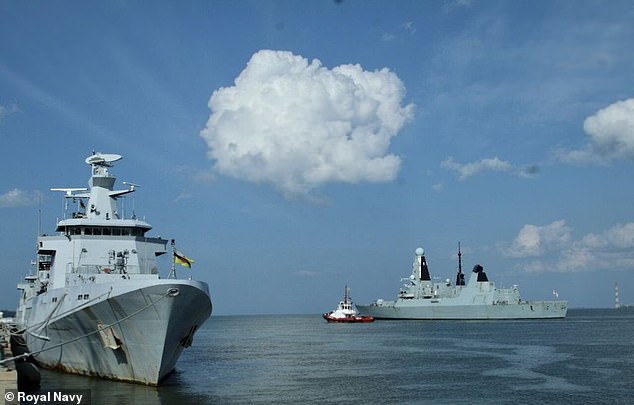 ‘Just like US warships that intruded Chinese islands and reefs in the region, if UK vessels do the same, they will also be expelled.’

A second anonymous expert added: ‘The [navy] will closely monitor the UK warships’ activities, stand ready to deal with any improper acts, and also see this as a chance for practice and for studying the UK’s latest warships up close.’

After sailing through the South China Sea, the carrier group will take part in Exercise Bersama Gold with Malaysia, Singapore, Australia and New Zealand.

Its final stops will be in Japan and South Korea, ending a voyage of some 26,000 nautical miles which will have spanned some 40 countries.

Following joint exercises with the navy of Singapore, Commodore Steve Moorhouse who leads the carrier group said: ‘The Royal Navy has huge affection for Singapore based on our history together, but Singapore is also a beacon of enterprise in a region that is growing in strategic importance.

‘The arrival of the Carrier Strike Group in Southeast Asia is a clear sign that the United Kingdom is ready to work with friends and partners, new and old, to strengthen the security and freedoms upon which we mutually depend.

‘We are grateful to Singapore for supporting an important logistics stop for RFA Tidespring as the Carrier Strike Group continues our programme at sea.

‘We look forward to working with Singapore again in the autumn for Exercise Bersama Gold, which marks the 50th Anniversary of the Five Power Defence Arrangements.’ 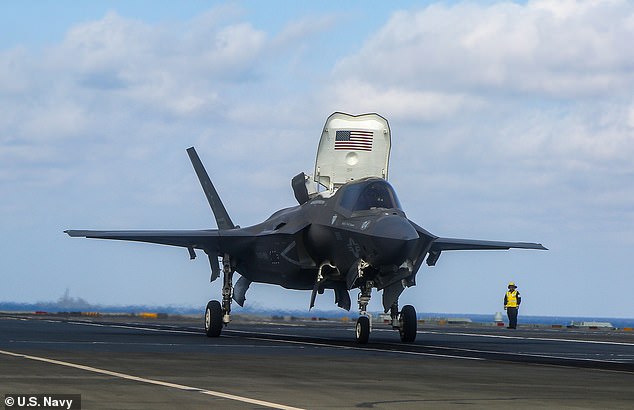 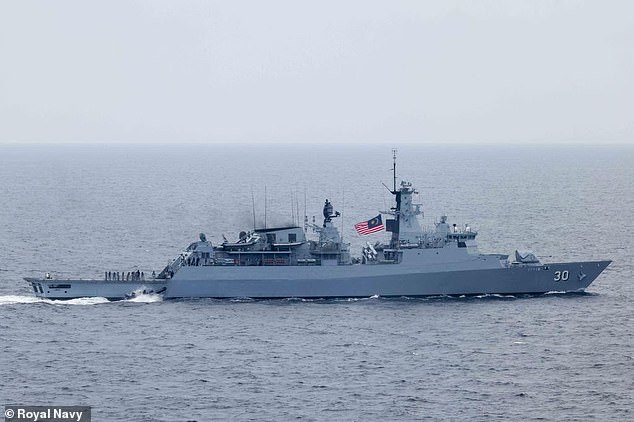 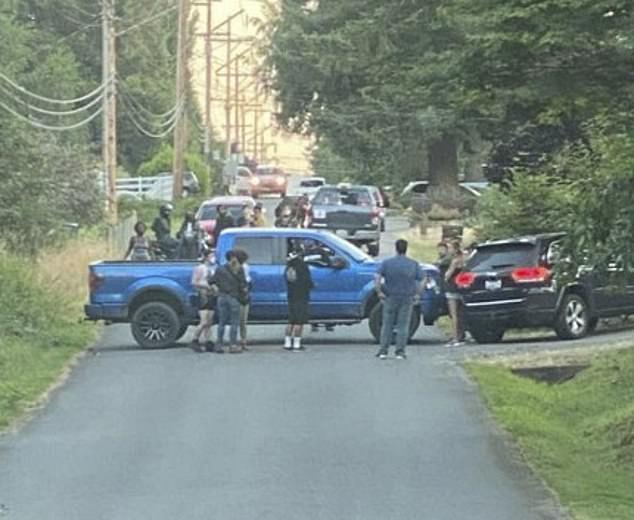 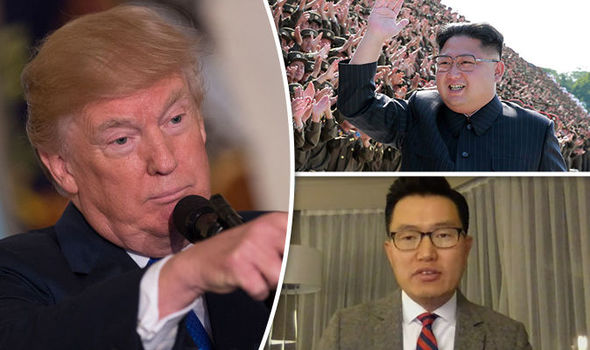 North Korea has been ramping up its development of nuclear and intercontinental ballistic missiles in recent months sparking World War 3 fears.  […] 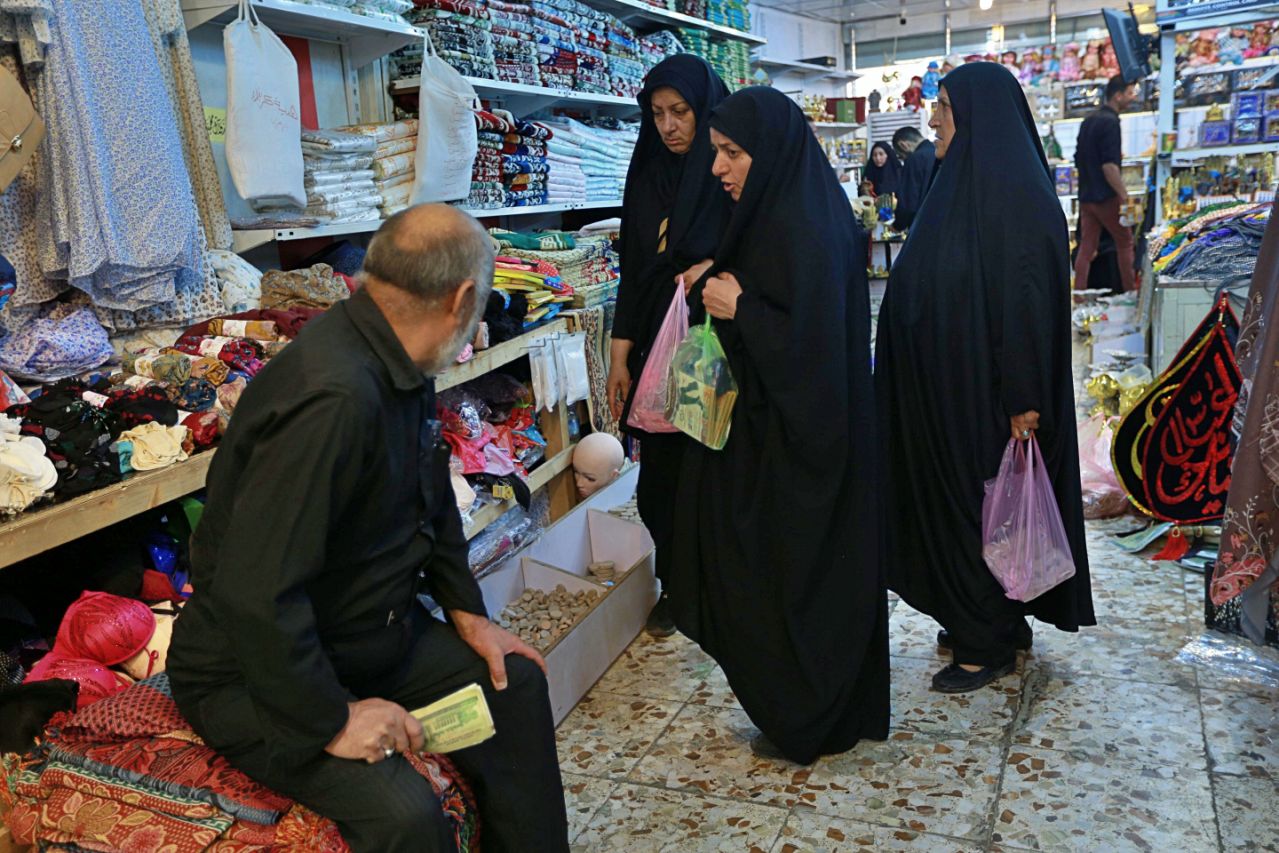 KARBALA, Iraq (AP) — Millions of pilgrims made their way on foot to the Iraqi city of Karbala on Saturday for the […]