The quake was reported near Sandpoint, Aleutians East, in Alaska. According to the United States Geological Survey (USGS), the quake hit on Wednesday 28 July 2021 at 10:15pm local time at a very shallow depth of four miles. The depth of the quake was 35km, the USGS added.

The US Tsunami Warning System, which said the quake had a magnitude of 8.1, issued a tsunami warning for the US Pacific territories of Guam and the Northern Mariana Islands.

The European-Mediterranean Seismological Centre (EMSC) estimated the quake at a magnitude of 8.0 and a depth of 10 km.

People have been told to evacuate to higher ground as sirens can be heard across Kodiak, the main city on Kodiak Island in Alaska.

KmxtNews urged people to evacuate and said: “If you are in the villages you need to be evacuating to higher ground also.”

One testimony said: “Chandeliers, pictures, and mirrors were all moving.”

Another said they have been told to move inland.

They said: “Felt that one pretty good.

“Been advised to move inland on the Kenai Peninsula.”

Parts of Alaska are in the Ring of Fire, an area known for a huge number of earthquakes and volcanic eruptions that take place there.

The volatile Ring of Fire is a string of volcanoes and potential earthquake sites dotted around the boundaries of the Pacific Ocean.

Nearly 75 percent of the active volcanoes on earth are situated on the Pacific Ring of Fire.

At least 90 percent of the major earthquakes occur in and around this zone.

WASHINGTON — Despite the widespread damage to Puerto Rico’s infrastructure inflicted by Hurricane Maria, the federal government is making no promises to […]

The young despot is banned from selling textiles and faces limits on oil imports, potentially ruining his capacity to trade with other […] 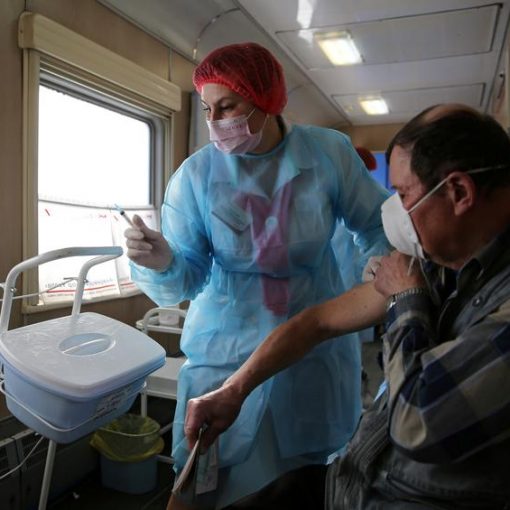 FILE PHOTO: A man receives a dose of the Sputnik V vaccine against the coronavirus in a carriage of the Academician Fyodor […] 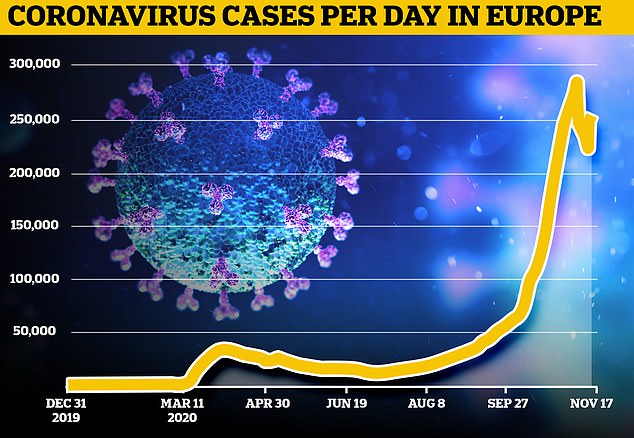 Europe has seen a fall in coronavirus infections for the first time in three months. There were 1.84 million cases recorded last […]