Skip to content
The improvement in LGBTQ representation at the Olympics is cause for celebration, but it should also give athletes and audiences pause, said Erik Denison, a behavioral scientist at Monash University in Australia. By Outsports’ count, less than 2% of all athletes competing in Tokyo identify as LGBTQ — and, according to Denison, that number is still low. In the US alone, an estimated 4.5% of people are LGBTQ, according to a 2020 count from the Williams Institute, UCLA Law’s LGBTQ policy center.

“We’ve done an OK job,” Denison, who studies inclusion in sports, told CNN. “But this has been a serious problem for a while … we need to start asking some serious questions about what’s going on here.”

There are a few likely reasons why there are so few LGBTQ Olympians, researchers who study LGBTQ inclusion in sports told CNN. Young LGBTQ people are still being discriminated against while playing sports, which may lead them to stop playing altogether, narrowing the pipeline to pro sports. There may also be LGBTQ athletes competing in the Olympics who don’t feel comfortable coming out, the researchers said, due to a culture within sports that still relies on stereotypes of gender and sexuality.

The relatively low number of participants who publicly identify as LGBTQ indicates that both “top-level sporting cultures, including the Olympics, and broader local-level sports cultures have not truly become welcoming environments for LGBTQ people,” said Katie Schweighofer, an adjunct faculty member in American studies at Dickinson College.

To improve LGBTQ representation in professional sports, Schweighofer and Denison said, coaches and leaders in youth sports should set a precedent that homophobic language and discrimination are unacceptable. This way, they said, young LGBTQ athletes should feel accepted by their teammates and coaches, and they may even stick with the sport all the way to the professional level. But even if they only continue to play their sport for leisure, the researchers said, the young LGBTQ athletes will still reap the benefits of an inclusive environment.

The Olympic Games haven’t always accepted all LGBTQ competitors. Transgender participants were first allowed to compete at the Olympics in 2004 — but until the 2020 Olympics in Tokyo, no trans athletes ever had.
Sometimes the Games have taken place in countries where homosexuality is not widely accepted or where legislation impacts LGBTQ residents. The 2014 Winter Olympics in Sochi were particularly controversial for legislation that banned LGBTQ “propaganda,” which had been signed less than a year before the start of the Games.
The Olympics also has a ways to go when it comes to the inclusion of athletes who are intersex, meaning they were born with differences in sex development that don’t align with the binary definitions of female or male. From 1968 to 1998, the International Olympic Committee required athletes to undergo sex testing to “prevent masquerading males and women with ‘unfair, male-like’ physical advantage from competing in female-only events,” researchers wrote in 2000, which is when the first Olympics since sex testing ended were held.
In 2018, World Athletics, the international governing body for track and field and cross country running whose athletes compete in the Olympics, started requiring women with high testosterone levels to take medication to reduce their testosterone. That resulted in intersex athletes like Caster Semenya, a South African runner, former gold medalist and a queer woman, being essentially banned from competing unless they took medication — which Semenya refused — or being nudged to surgically alter themselves.

While it’s meaningful to have role models in Rapinoe and Griner, stars of their respective sports, to improve the number of LGBTQ competitors in sports as a whole, the focus should instead be on LGBTQ kids in amateur sports, Denison said. If the culture of sports continues to exclude LGBTQ people from a young age, the number of professional athletes who publicly identify as queer and transgender likely won’t move much higher, he said.

Denison’s research finds that most LGBTQ athletes leave their sports as young people, a departure driven by a culture of homophobic language and stereotypes.

That’s not to say LGBTQ athletes haven’t faced more than their fair share of ignorance. Griner said in 2014 that she was told not to be more public about her sexuality by her coach at Baylor University — that if the school “condoned” her sexuality, it may deter recruits from the school’s athletics program. Daley has said that while he’s accepted in his sport of diving, he often competes against divers from countries where being gay is criminalized. And Rapinoe in 2018 said that, as a kid, she “would have loved to have more information” about what it meant to be gay and why using homophobic slurs was wrong.

“Anytime you hear somebody say, ‘Oh, that’s gay,’ or whatever, those things matter,” said Rapinoe, who didn’t come out to her teammates until college.

Homophobic slurs continue to be prevalent in sports — a 2020 study from Out on the Fields, which studies LGBTQ inclusion in sports, found that more than 80% of gay participants had heard them used while playing. When coaches and teammates use gay slurs frequently, it sends the message that the language is harmless and OK to use — and solidifies the belief that all members of the team are heterosexual, Denison said.

The same Out on the Fields study reported that over 81% of gay men under 22 hid their sexuality to avoid rejection by teammates or discrimination by coaches or officials, among other reasons. But we can assume that in many cases, gay players will just drop out of their sport. That’s a problem for professional sports — with few gay players in sport, there will be even fewer who will make it professionally. And young people who could have continued to play for leisure will miss an opportunity to stay active and bond with teammates, Denison said.

“Boys and young men are taught to avoid anything associated with femininity, most notably weakness, emotion, and homosexuality,” said Schweighofer, whose work on LGBTQ inclusion in sports has appeared in the publication of the National Park Foundation. The world of men’s and boys’ sports is still tied to a very narrow view of masculinity — “ideas about maleness that demand heterosexuality,” she said.

Women and girls in sports are confronted by gendered expectations, too, Schweighofer and Denison said. Their participation in sports seen as “aggressive,” like rugby or wrestling, challenges the narrow definition of femininity that sees women as more fragile and less physically able than men, Schweighofer said.

The same homophobic norms that affect men in sports impact women and girls, too, and they originated in the 19th century, Denison said. While men were encouraged to participate in sports to flex their aggression and male dominance, women were advised against participating in sports, he said. Such strenuous physical activity was thought to “reduce their vital energy” and interfere with their ability to have children. Women who ignored that advice and did compete in sports were tolerated, Denison said, but also assumed to be lesbians who wouldn’t give birth. Homophobic stereotypes of women athletes, though no longer based on women’s ability to reproduce, persist today, Denison said.

The Olympics are still making strides in LGBTQ inclusion

The International Olympic Committee (IOC) has strengthened its stance on LGBTQ inclusion in the Olympics in recent years. In a statement on harassment in sports, the IOC reported that LGBTQ athletes are one of the most vulnerable groups when it comes to abuse in sports.

“Ignorance, denial and resistance among sports leaders — and even athletes themselves — is often a challenge to risk mitigation and prevention,” the IOC’s 2016 statement read. “Denial allows the underlying causes of harassment and abuse to persist” unchecked, creating a cycle of discrimination.

Standing up for LGBTQ athletes signals to those athletes that the IOC sees them, hears their complaints and is working to better address them within pro sports, Denison said. The IOC even had advice for amateur teams, acknowledging the changes needed in sports culture as a whole.

LGBTQ inclusion at the Games can still improve, but the competitors themselves aren’t hiding the joy it brings them to do what they love before an international audience.

Quinn, who plays soccer for Canada, said while they were proud to see their name on the Olympic lineup, they felt “sad knowing there were Olympians before [them] unable to live their truth.” Quinn also said, though, that they were “optimistic” for change in legislation, an especially meaningful sentiment in a year when more than 30 states in the US, where Quinn attended college, introduced bills banning trans students from playing on school sports teams that align with their gender identity.

“Mostly, I feel aware of the realities,” Quinn wrote on Instagram. “Trans girls being banned from sports. Trans women facing discrimination and bias while trying to pursue their Olympic dreams. The fight isn’t close to over … and I’ll celebrate when we’re all here.”

Alana Smith came out to the public as nonbinary in a press conference with the rest of the USA Skateboarding team. In an Instagram post after the women’s street skateboarding event Monday, they said they “chose [their] happiness over medaling” — that being their true self for the best time on the professional stage meant more than winning gold.
“Out of everything I’ve done, I wanted to walk out of this knowing I UNAPOLOGETICALLY was myself and was genuinely smiling,” they wrote on Instagram. “The feeling in my heart says I did that.” 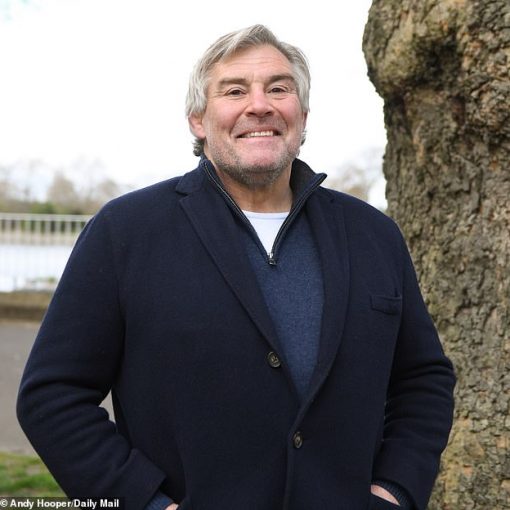 Ahead of an eagerly anticipated British and Irish Lions tour which has took an endless amount of work to finally put together, […] 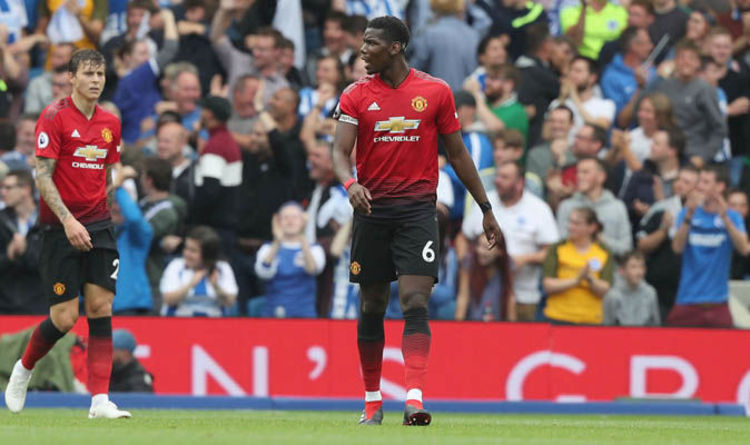 Aston Villa vs Leicester LIVE: Jack Grealish ruled OUT for Dean Smith’s side as the Foxes look to build on win over […]