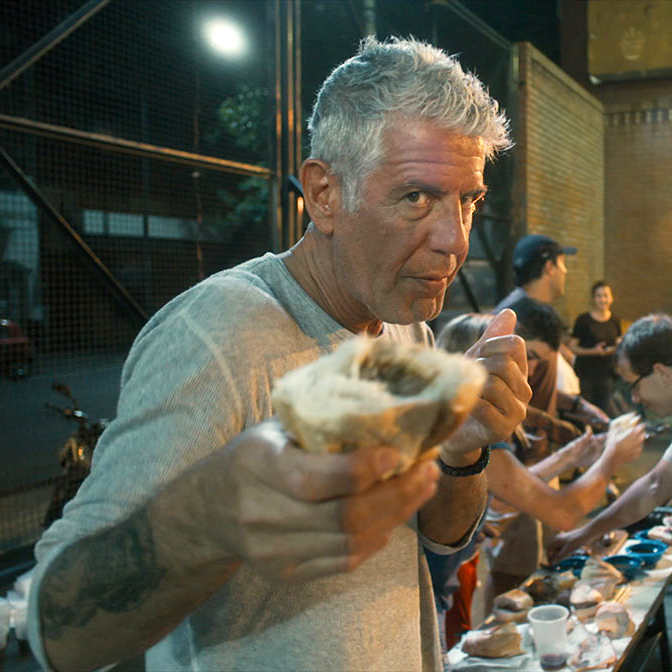 It makes sense that a documentary about the late writer, television host and chef Anthony Bourdain would begin a discussion about the ethics of the art form itself. What does a reconstruction of someone’s life through cherry-picked talking heads, footage and private emails read by an artificial intelligence impression really tell us?

Through his nearly two decades on television in “A Cook’s Tour,” “No Reservations” and “Parts Unknown,” Bourdain — who became famous after writing a bestselling, behind-the-scenes memoir about his life as a chef — tried to make his food-based adventures as authentic as possible, even though it’s pretty much impossible to have a completely authentic experience surrounded by cameras.

Unfortunately, the documentary’s somewhat salacious and unsubstantiated focus on why Bourdain may have died mars its more interesting moments.

In “Roadrunner: A Film About Anthony Bourdain,” director Morgan Neville attempts to find the real Bourdain through the retrofitted lens of his 2018 death by suicide. Unfortunately, the documentary’s somewhat salacious and unsubstantiated focus on why Bourdain may have died mars its more interesting moments. Despite extensive access to his body of work and inner circle, “Roadrunner” is less about Bourdain himself and more about how people in his life saw him — a perspective that shifts when attempting to make sense of a tragic end. The grief is palpable, but grief doesn’t inherently lead to insight.

Neville took liberties with his subject matter by both commissioning an artificial voice to read old emails and other writing (it’s not clear in the film what is faked) and by paying for a mural of Bourdain to be defaced in the final scene by the artist David Choe. Whether documentaries are journalism or creative nonfiction is an open question, but viewers generally expect a level of veracity when watching one — especially when there is so much writing and footage available about the subject. A more powerful choice would have been asking friends and family to read his words; instead, while aware there would be A.I., I kept trying to decipher the real from the facsimile.

The fact that Choe (and others) shared private emails brings up other questions. What privacy do we owe the dead? This documentary seems to suggest we owe them very little. Friends reveal words said in dark moments, when the film itself is about the danger of setting up a persona for public consumption. While it does succeed in being something more compelling than simple hagiography, which would further deify Bourdain, it also stretches into a discomfiting place by trying to fit a messy, fascinating life into a somewhat tidy box. His past addictions to heroin and cocaine are mapped onto his “addiction” to travel by people close to him but certainly not by mental health professionals. In this way, conjecture is treated like clinical diagnosis.

There is something to be said, I suppose, for depicting the raw grief of a recent loss. In the end, though, the documentary serves to overshadow a grand life by focusing mostly on the way it ended. Even more troublingly, it seems to blame Bourdain’s girlfriend, actress and director Asia Argento, for his decision. Neville, though, never requested an interview with her, telling journalists that it would too quickly devolve into “they said, she said.” But all that is left, as a result, is “they said” — and Argento becomes a clear villain, with more than a whiff of misogyny baked in.

Outside of the Bourdain backstory, the most universal theme of the documentary seemed to be how fame can destroy someone.

Ultimately, this felt like a film by and for superfans. Bourdain was a man who was compelling even when he was a jerk, even when he was uncomfortable. We do come to understand a bit of how he figured out how to perform for the camera (though, according to his crew, he was still prickly until the end).

Outside of the Bourdain backstory, the most universal theme of the documentary seemed to be how fame can destroy someone. It’s a story of chef’s whites to riches, where privacy is lost, family is broken and one’s grip on reality becomes tenuous.

While Bourdain had been notoriously generous with fans and anyone who recognized him on the street for years, he told the artist John Lurie toward the end of his life that he didn’t want to go out to eat because he was “becoming agoraphobic.” In footage from Rome, he tells Argento he’s happiest when he feels like he’s “in a film.” The ability to cope with what he had created has clearly frayed, but it’s silly to try to read someone’s life as though it’s a novel. The reality is that we will never know what happened. There can be no clear summation of what Bourdain thought of the life he built; what his audience should do instead is continue to focus on the fruits of that life. His family and friends don’t have that luxury, though, and that is painful to watch.

The structure of “Roadrunner” assumes three parts to Bourdain’s life: newly public, attempting to be public while also having a family life and then a rupture — a break and a disappointment with himself and a struggle to find continual happiness. But Bourdain rejected, in his work, the idea that the world could be comprehended in an easy way. He knew it had to be experienced, or at least that is what I took away from his work. Sadly, “Roadrunner,” in seeking a clear explanation for his death, doesn’t allow for life’s necessary loose ends.

Alicia Kennedy is a food writer based in San Juan, Puerto Rico. She writes a weekly newsletter on food culture, politics, and media, and is at work on a book about ethical eating for Beacon Press. 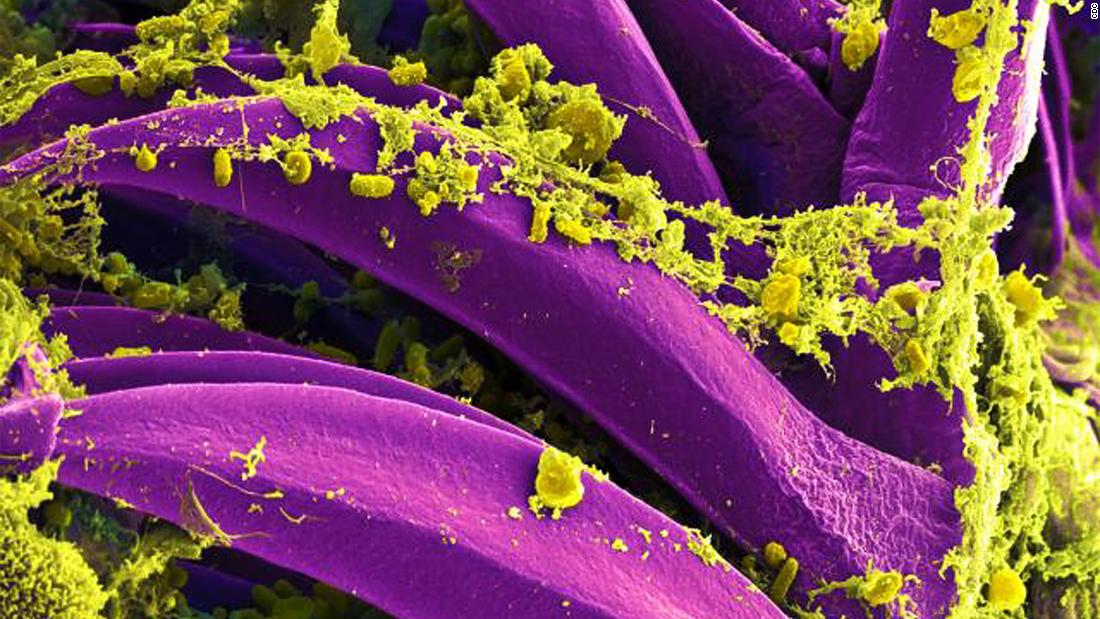 Health officials believe the person may have been bitten by an infected flea while walking their dog in the area, according to […] 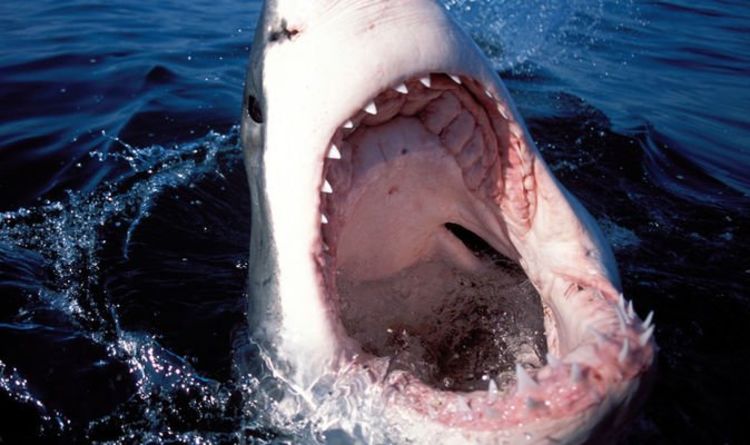 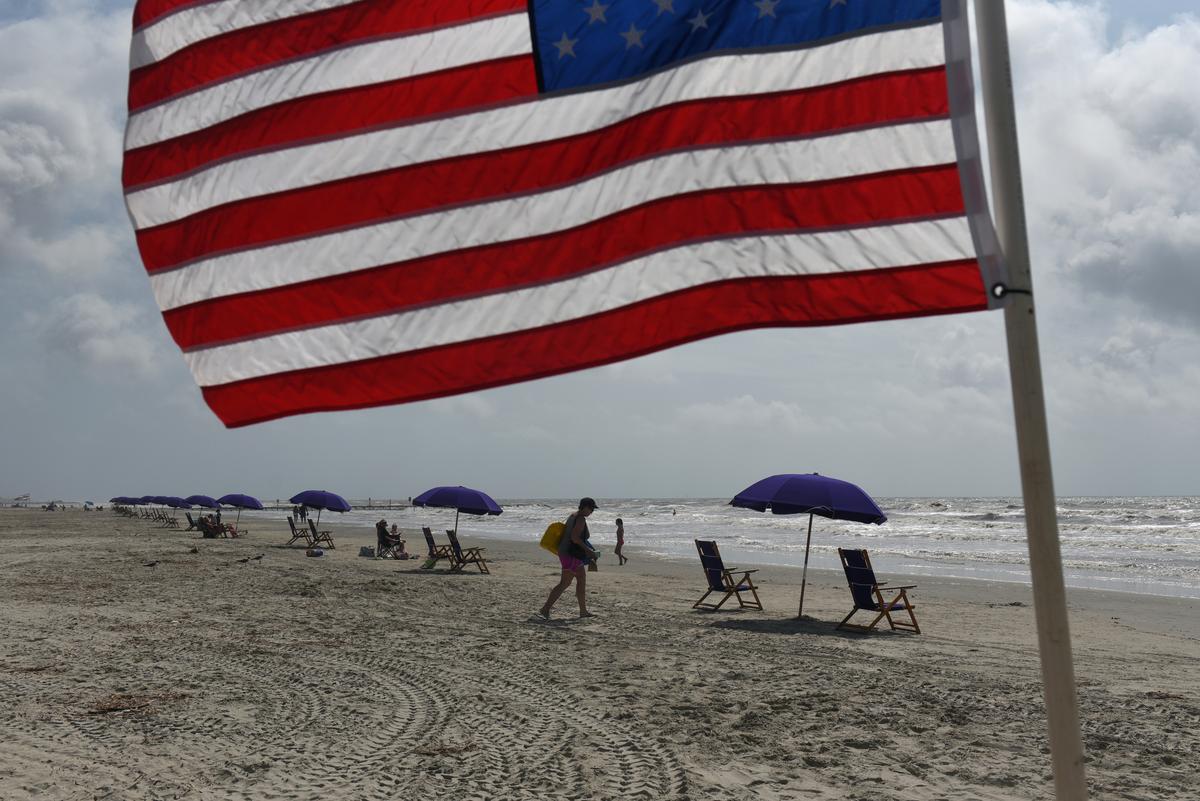 (Reuters) – Americans are back on the road after more than two months of coronavirus lockdowns that kept them homebound, with beach-area […]